It's only fitting that we end 2020 with the top 5 weirdest news stories from the unusual year behind us.

It’s no secret that 2020 was nothing short of strange. So, it’s only fitting that we share the top five weirdest news stories from the unusual year behind us. A few bold headlines really stuck with us… for better or for worse.

Clocking in at number five is the final discovery and recovery of buried treasure hidden by millionaire art collector and antiquities dealer Forrest Fenn. Fenn, who returned from the Vietnam War after flying hundreds of combat missions and being rescued in hostile jungles, went on to become the most famous art dealer in Santa Fe, New Mexico. He’d had drinks with Jackie O., stashed Sitting bull’s peace pipe in his vault, but his proudest accomplishment had been setting the spirit of adventure ablaze for thousands pursuing a treasure of jewels, gold, and other artifacts in the Rocky Mountains. This past year, someone finally found the treasure, just months before the 90-year-old Fenn passed away. 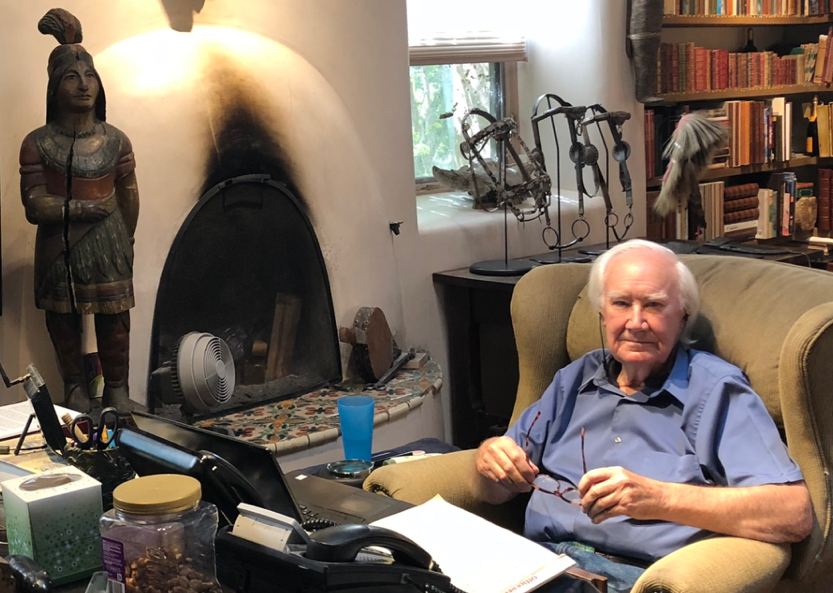 In an attempt to raise money for an animal shelter, Scott Perry of Los Angeles, California, said “I do” to his cat. Scott adopted the love of his life, Olivia, from LA’s Best Friends Animal Sanctuary in 2015, but it was the bond of quarantine that inspired him to take the plunge. Complete with a wedding website and registry—a fundraiser for the shelter—the Perry’s wedding took place on Instagram. And you best believe we sent them our well-wishes!

3. Tapeworm On The Brain

Of course, it wouldn’t be a Ripley’s  countdown without a few bodily functions. The cringiest of them of all? Tapeworm larvae living in someone’s brain! After seven years of painful headaches, this 25-year-old Australian woman received an MRI from her doctor. The scan revealed an area of her brain occupied by what seemed to be a tumor. But, upon removing the lesion, they discovered that the mass was a cyst full of tapeworm larvae! This story will certainly be living in our brains rent-free forever—in addition to that whacky instance we covered where doctors removed a 15-pound hairball from a woman’s stomach…

A personal favorite of the Ripley’s team has to be our fat lizard friend. Aptly awarded the number two slot, a Northern curly-tailed lizard, unfortunately, passed away as a result of a poor quarantine diet.

The lizard had been dining near a pizza parlor in Cocoa Beach, Florida, where it was found by a curious biologist from the University of Florida. She noticed this particular lizard was swollen. At first, she thought it was pregnant, but later discovered it was severely constipated. The lizard’s bowels had become congested after eating pizza-greased sand, and had developed a fecal bolus clog that made up a staggering 80% of its weight! According to biologists at the university, this smashed the previous reptile record by nearly 60%.

1. Keep Your Mouth Sss-shut When You Sleep

Deciding on story number 1 was tough, but we just had to give it to a nightmare in the year of nightmares—the shocking video of Russian doctors pulling a four-foot-long snake from a woman’s mouth!

The unnamed woman from Dagestan was rushed to the hospital after the serpent slithered into her mouth and down her throat while she was napping in her yard. Doctors had to extricate the snake carefully and were surprised themselves to see the head of a serpent emerge. Whether or not the video footage is 100% authentic continues to remain up for debate… But apparently, locals are now heavily warned about sleeping outside.

And while 2020 was certainly strange, we’d be lying if we said we weren’t looking forward to another wonderfully weird year in 2021! And so you don’t miss out on all the strange this year will bring, join us for Weird News Happy Hour on Ripley’s Facebook and Twitch every Friday at 5:00 p.m. EST.

Next post Strutting Into The Secret Life Of Coco Chanel