The Tiger Queen: The Story Of The Champawat Tiger

The tragic life and climactic death of the most dangerous tiger in history. 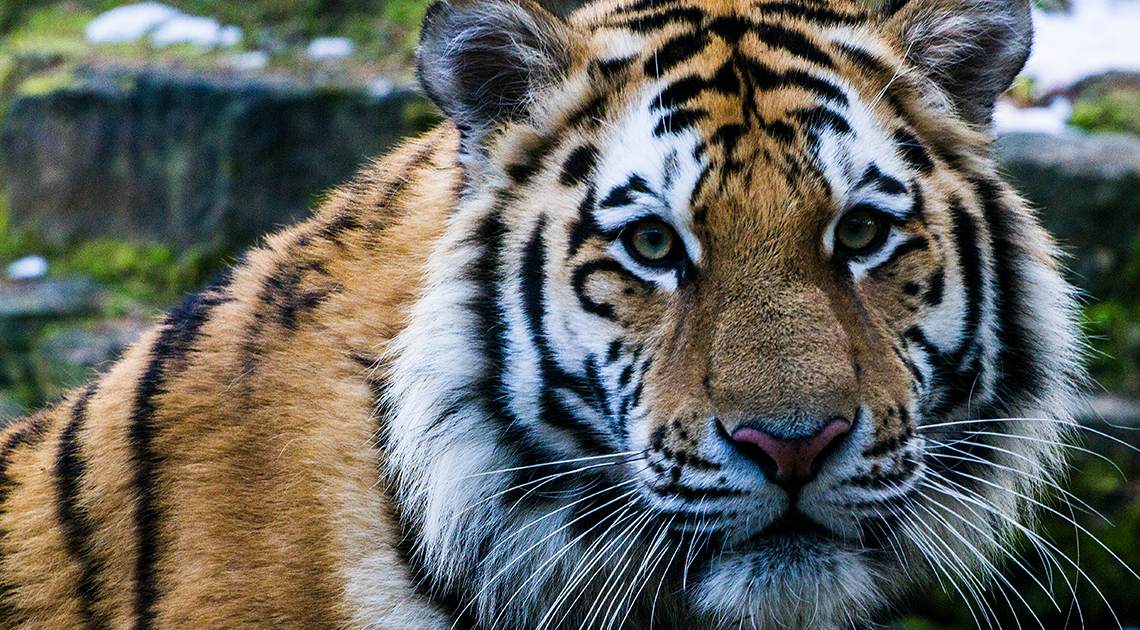 Editor’s Note: This historical tale takes place in the early 1900s; today, behavior like that of Champawat is uncommon. Tigers are one of the most endangered species to walk the planet. Through our combined efforts, we can all work together to protect the life and legacy of these precious beasts.

In 1907, famed British hunter and tracker, Jim Corbett held his breath and steadied his aim. His target? A gorgeous striped murderess infamous for her bloodlust, the Champawat tiger.  Corbett’s first shots hit the tigress in the chest and then the shoulder. His last shot, made with a rifle borrowed from the local tahsildar, hit the tigress in the foot. It stopped her mid-charge just 20 feet (six meters) from Corbett’s hiding spot. At that moment, the “Tiger Queen’s” reign of terror came to an end.

Corbett was famed for his big cat hunting skills, yet the Champawat Tiger kept him on his toes. She made him feel just as much the hunted. What’s more, her dangerous nature was well-documented. An estimated 436 deaths in the Kumaon area of India and Nepal were attributed to her. This figure made her the single deadliest tiger in history. 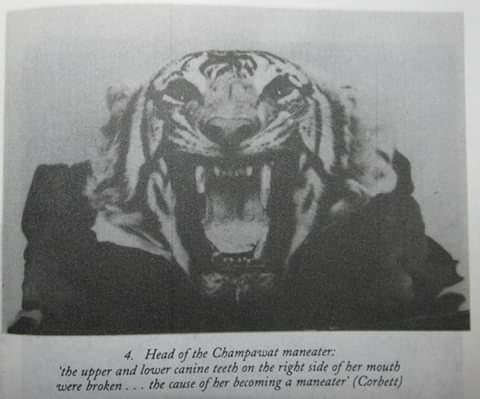 But there’s more to this story than a contest between man and beast, as Corbett found out during his career hunting man-eaters.

The Bloody Reign of the Tiger Queen

The attacks began in the Himalayas of western Nepal in a Rupal village. Despite the stealth of the massive cat, she left a trail of blood that set hunters headlong in pursuit. Yet, the tiger evaded capture and death. Despite the failed first efforts of hunters, the Nepalese Army knew something had to be done. So, they organized a massive patrol, forcing the tiger to abandon her territory. Unfortunately, danger relocated with her.

Driven over the river Sarda and the border into India, the move did little to slow her thirst for human flesh. In the Kumaon District, she preyed on countless unprepared villagers. The tigress adjusted her hunting strategy to optimize success while diminishing the risk of containment. By some accounts, she traveled upwards of 20 miles (32 km) per day to make a kill and then avoid capture.

She targeted young women and children. They were the ones who most often wandered into the forest to collect firewood, food for livestock, and materials for handicrafts. She only killed during daylight, typical behavior for man-eating tigers. As word got out about the Chapawat tiger’s vicious attacks, daily life drew to a standstill. Hearing the Bengal tigress’s roars from the forest, men refused to leave their huts for work.

Jim Corbett and the Man-Eater

By 1907, locals desperately needed Corbett’s help. Born in the town of Nainital in the Kumaon region (present-day Uttarakhand) of British ancestry, Corbett had earned a reputation for his hunting and tracking skills. Especially when it came to leopards and tigers. But the Champawat Tiger was the first man-eating cat that he ever pursued, and it nearly cost him his life. 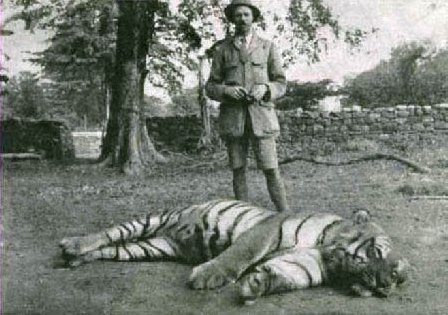 Just two days before he brought down the “Tiger Queen,” Corbett tracked the beast by following the blood trail of her latest victim. Premka Devi, a 16-year-old girl from the village of Fungar near the city of Champawat, had disappeared, and villagers and Corbett quickly guessed the girl’s fate.

After locating Premka’s remains and confirming her violent death by the tigress, he nearly got ambushed by the big cat herself. Only two hastily fired shots from his rifle managed to scare the cat away. Only then did he recognize the real danger associated with hunting a man-eater. The Bengal tiger felt no fear of humans.

The next day, with the help of Chapawat’s tahsildar, Corbett organized a patrol of 300 villagers. Around noon, he finally had the murderess in his sights and made the kill. Life could return to normal. Because of the renown he gained by delivering the residents of Chapawat and its surrounding villages from the big cat, he went on to pursue and kill about a dozen more well-documented man-eaters.

The Hunter Turned Author and Photographer

According to estimates, these dozen or so man-eating leopards and tigers were responsible for the deaths of approximately 1,200 men, women, and children. Despite the close call he’d had with the “Tiger Queen” near Chapawat, Corbett always preferred to hunt alone accompanied only by a small dog.

He went on to author Man-Eaters of Kumaon, Jungle Lore, and other books relating experiences from his hunts. He came to a startling conclusion about man-eating big cats in the process. In the foreword to Man-Eaters of Kumaon, he argued, “The wound that has caused a particular tiger to take to man-eating might be the result of a carelessly fired shot and failure to follow up and recover the wounded animal, or be the result of the tiger having lost his temper while killing a porcupine.”

Eventually, Corbett made the switch from stalking animals with rifles to hunting them with cameras. He became an outspoken naturalist, advocating for the protection of India’s wildlife, particularly endangered big cats. For the rest of his life, he continued to sound the alarm about the plight of wild cats and other threatened wildlife. In 1968, one of the five remaining subspecies of tigers was named after him, the Indochinese or Corbett’s tiger (Panthera tigris corbetti).

Next post Measures Taken To Prepare For The End Of The World - Notcast Ep. 38