Some say the Titanic was swapped with another ship in an insurance fraud scheme, while others contend that the sinking was an intentional means of murder. 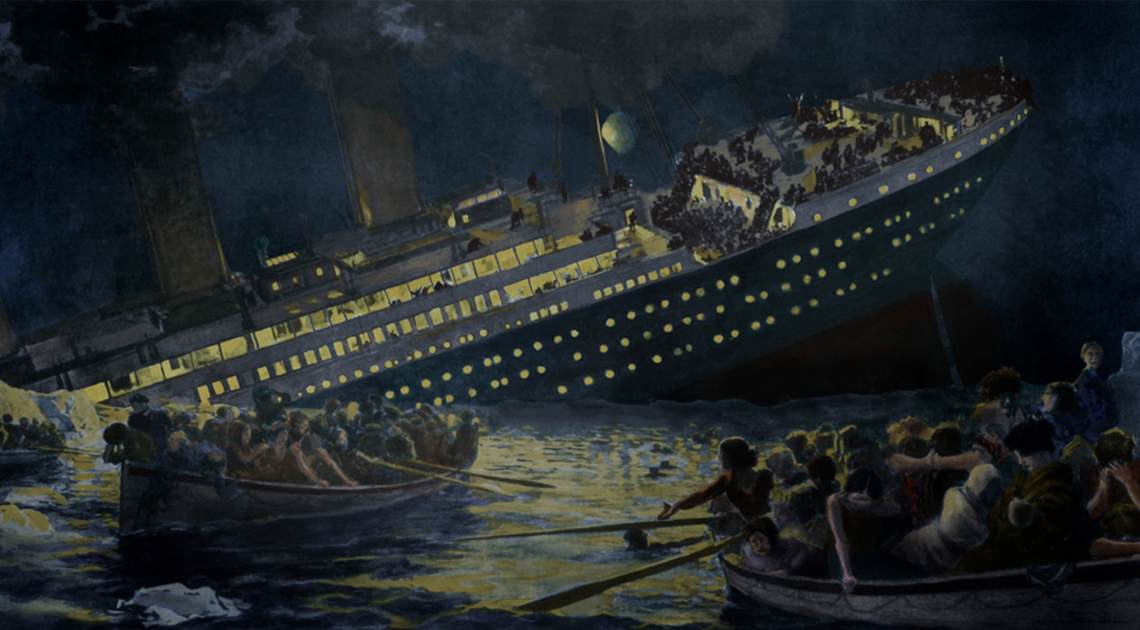 Calling all conspiracy theorists: did the Titanic really sink? That’s the million-dollar question some people apparently still ponder to this day.

In 1912, the Titanic was reported to have hit the bottom of the ocean, leaving the world in utter shock. It undoubtedly made an impact on culture and is partially why the famous flick Titanic is one of the most talked-about in Hollywood.

In recent years, conspiracy theorists started questioning the validity of this tragedy. It may sound wild, but they do have a few interesting points that we can’t ignore.

It’s true that a ship sank to the North Atlantic’s floor in 1912 and that about 1,500 passengers died aboard that day. Although on the conspiracy front, some say the Titanic wasn’t exactly what British-owned parent company, the White Star Line, had promised. Some say the White Star Line switched up their ships in an insurance fraud scheme, while others contend that the sinking was plotted in order to kill specific people.

White Star Line had quite the competition. One major company that had a large stake in the game was Cunard Steamship Company, Ltd. They owned both the Lusitania and Mauretania, which were named the largest passenger ships in 1906 and 1907 and beat out White Star’s ship speeds.

White Star was owned by International Mercantile Marine Co., a holding company bankrolled by J.P. Morgan. Morgan granted permission to J. Bruce Ismay to begin working on Olympic-class ships that would match the speeds of Cunard’s ships and surpass them in size and luxury.

The ships commissioned by White Star Line to meet these goals were the Olympic, the Titanic, and the Britannic. The first to be built was the Olympic, which faced a series of non-successful voyages, especially its fifth trip. In 1911, it made an off-track turn and crashed into a military vessel, which ultimately put White Star Line at fault. The ship made it back to the port with a lot of damage and much-needed repair.

Here’s where it starts to get a bit fishy. Conspiracy theorist Robin Gardiner wrote a book called Titanic: The Ship That Never Sank? outlining the following shady theory. The Olympic damages were causing a lot of economic stress as insurance wouldn’t cover them due to the lawsuit. Theorists, including Gardiner, believe the company fixed up the Olympic a bit and disguised it as the Titanic. By repurposing it with this new identity, it would be able to collect insurance once it sunk. They were going to do this strategically so that it wouldn’t harm any passengers or crew members and they could be easily rescued. Although, things went downhill fast — insert iceberg.

Another set of conspiracists blame wealthy and powerful financer J.P. Morgan for the disaster. The theory states he sunk the ship to kickstart the establishment of the U.S. Federal Reserve Bank and to drown his enemies (who were against the creation of the bank and just so happened to be aboard). Morgan supposedly had a ticket for the maiden voyage of the Titanic, but opted out at the last second, leaving some suspicious. 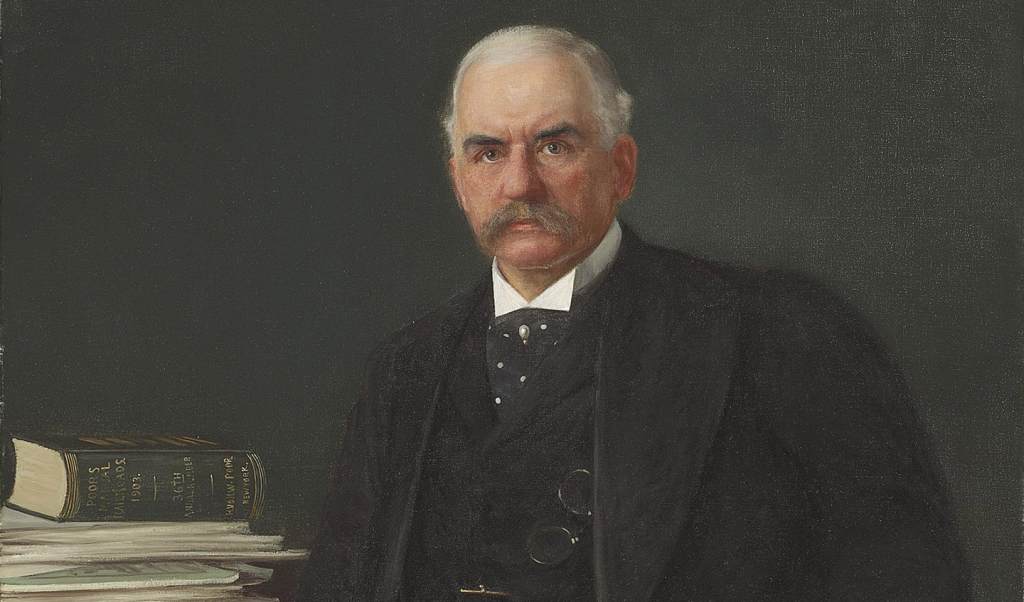 Not Much Under the Surface

Historians and Titanic researchers alike have dedicated time to looking into these theories, totally debunking them. While the conspiracies are intriguing on the surface, once you look a little deeper, they simply don’t hold up.

As for the Olympic/Titanic swap, a few reasons the theory does work include: 1) insurance wouldn’t have even covered 100 percent of the damages, 2) the two ships were not identical, and 3) even if they were, it’s highly unlikely the heavily abused Olympic could have passed for a brand-new liner. 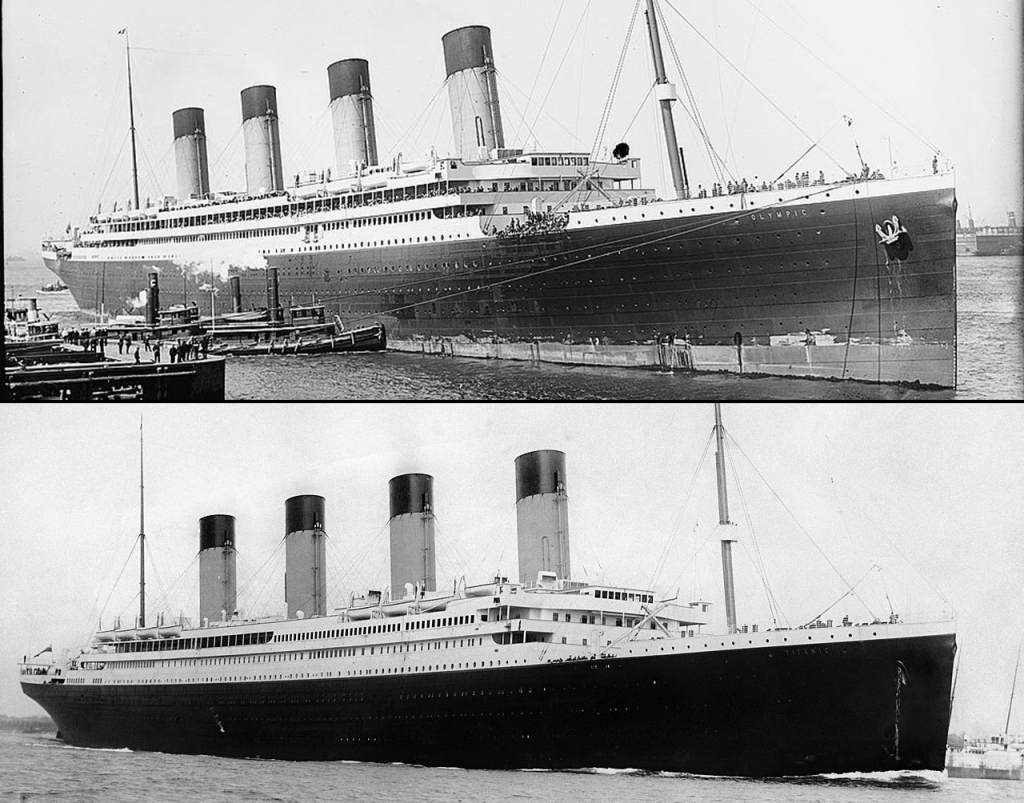 The Olympic (top) and the Titanic (bottom). While similar in appearance, they were not identical. Source: Library of Congress, public domain.

And when it comes to J.P. Morgan’s alleged nefarious intentions, it’s important to remember that not everyone aboard the Titanic died — there was no way to guarantee his opponents would have gone down with the ship. Also, how exactly the businessman supposedly coordinated the sinking of the world’s largest ocean liner at the time is absent from most theories.

There are many other conspiracy theories surrounding the tragic sinking of the Titanic (some of which include heavy sprinklings of antisemitism, an unfortunate feature of many conspiracy theories), including that a cursed mummy was aboard the ship. When tragedy strikes, it’s human nature to question why it happened, making it easy to deduce there must be some larger plan or nefarious plot behind it all. But usually, as in the case of the Titanic, it’s just not that deep and can be attributed to bad luck, incompetence, or a combination of the two.

Check out our list of the strangest theories the internet has to offer, as well as our coverage on the 27 Club, the Georgia Guidestones, and a cursed mummy (a different one), to name a few. Let us know what conspiracy theory leaves you scratching your chin and we might cover it next!