She was once subpoenaed to give expert testimony on female vampires.

With heavily kohl-lined eyes and a coy smirk, Theda Bara was one of Hollywood’s early silent film stars who first came to prominence playing “The Vampire” in the 1915 film A Fool There Was.

Bara was so convincing in her role as a vampire on and off screen that in 1918 she was subpoenaed by a California court to give expert testimony on the psychology of female vampires in a murder trial!

George Martinez was accused of throwing his wife out of their apartment window to her death. In his defense, Martinez’s attorney tried to prove that his late wife was a vampire that had fallen in love—a big no-no for vamps—and threw herself, along with her scorned heart, out the window. Theda was called to explain the mentality of a thwarted vampire.

Woman vampires like Bara were not blood suckers, though. Instead, a woman vampire preyed on respectable but foolish men by draining them of their “life force” and leading them down a path of degradation. Eventually, people shortened the word and referred to Bara and women like her as just “vamps”. 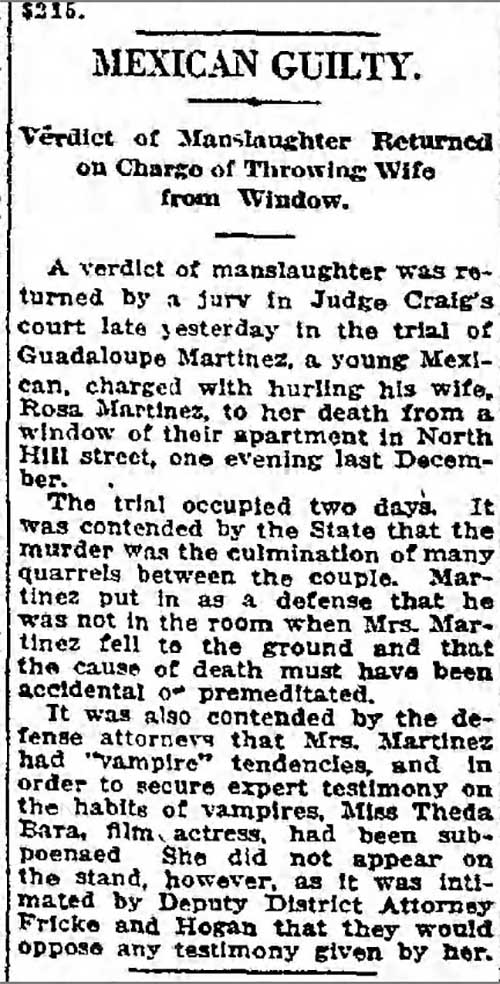 The conclusion of the trial from a 1918 newspaper (when that racially charged headline was apparently ok).

Although the vamp character was just a role she played in many films, Bara was touted to be a real “vampire” by her movie studio’s press team. Magazines of the time referred to her as “The Queen of Vampires”, “Purgatory’s Ivory Angel” and “The Devil’s Handmaiden”.

She played along with the studio’s depiction of her as the “Wickedest Woman in the World” and repeated stories of her foreign upbringing, although born Theodosia Goodman in Cincinnati, Ohio. She even touted interest in the occult and posed for photographs with an incredibly realistic looking skeleton!

Today, only a handful of Theda Bara’s films still exist in their entirety, adding to the mystery that was her life as Hollywood’s most famous vamp. 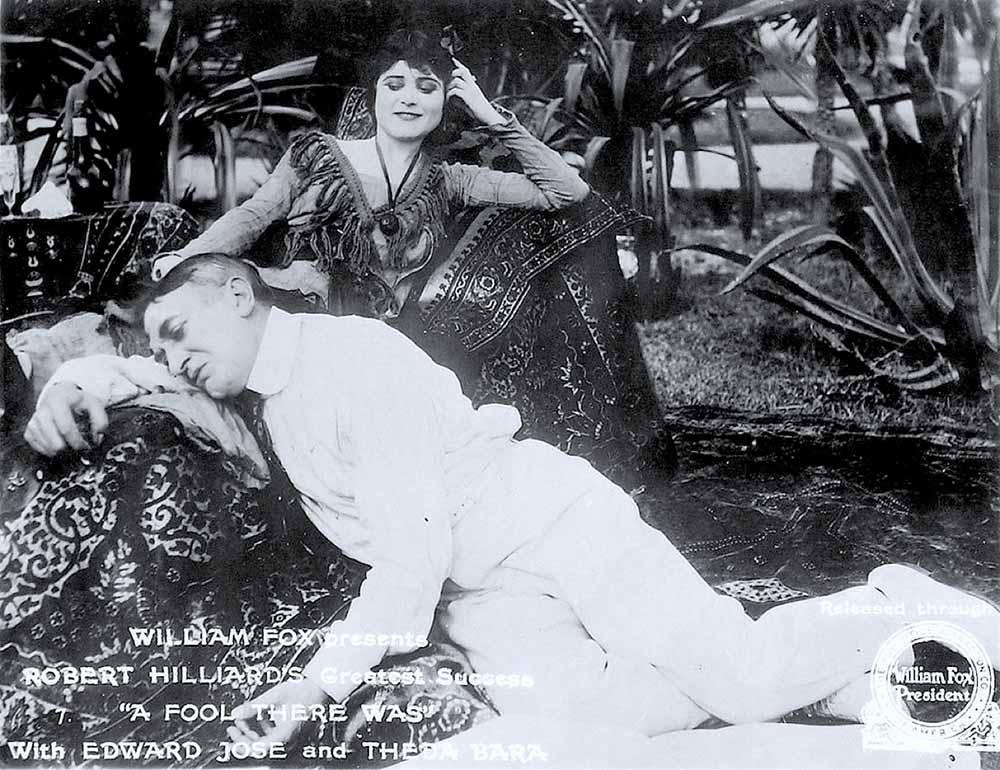