Home to 130 volcanoes, a single eruption in Alaska is nothing to write home about. However, when three of them decide to put on a show at the same time, we're looking at some seriously newsworthy nature! 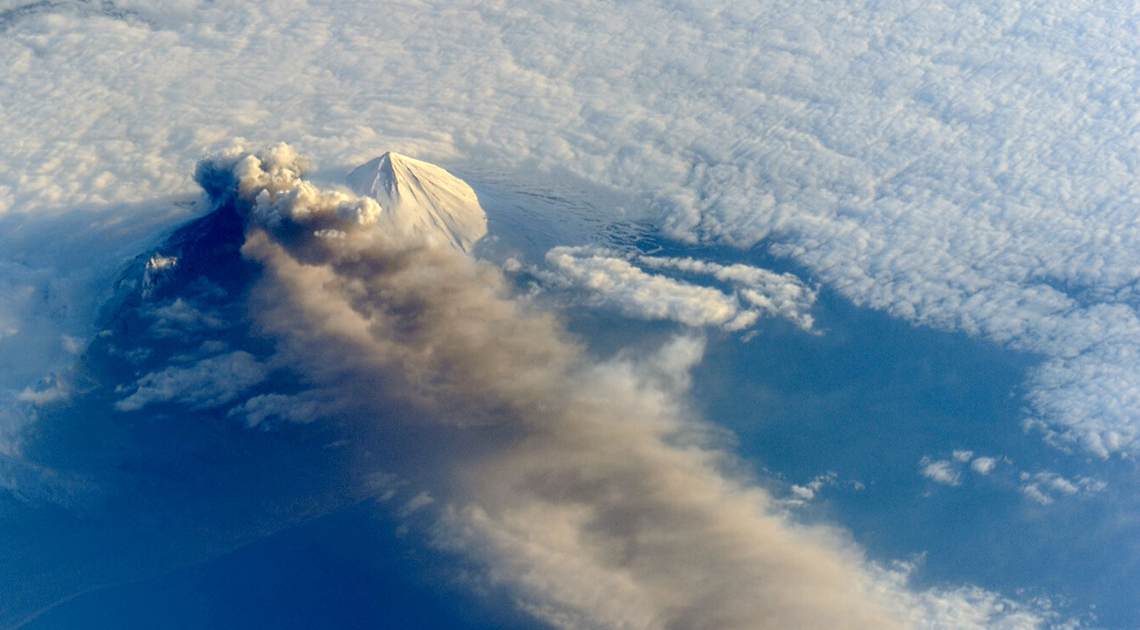 It’s getting hot in the Last Frontier as three volcanoes in Alaska continue to spit lava and ash after simultaneously erupting over two weeks ago.

Home to 130 volcanoes, a single eruption in Alaska is nothing to write home about. However, when three of them decide to put on a show at the same time, we’re looking at some seriously newsworthy nature!

It’s been over seven years since three of the Aleutian Islands volcanoes erupted simultaneously, with only one eruption per year on average.

Though the three volcanoes — Pavlof, Great Sitkin, and the volcanic island of Semisopochnoi — have been stirring for weeks, it seems they’re not quite ready to blow. Currently, under a code “orange,” the Alaska Volcano Observatory has classified the eruptions as showing low-level unrest and minor ash emissions, with only the Great Sitkin letting the lava flow while Semisopochnoi is causing major seismic tremors.

Two additional volcanoes have been placed under a code “yellow” due to showing signs of unrest. As long as these levels remain low, the volcanoes are not a danger to local communities.

Pavlof, Great Sitkin, and Semisopchnoi are three of more than 50 volcanoes that have been active in Alaska since 1760, all of which sit along the Aleutian Arc, a small segment of the Ring of Fire.

The Burning Ring of Fire

The Pacific Ocean may have been named “Mar Pacifico,” or “Peaceful Sea,” but its waters are characterized more by violent activities than calmness, with the Ring of Fire being the source of 75 percent of volcanic eruptions and 90 percent of earthquakes.

As the sight of some of the world’s worst natural disasters, including the 1815 eruption of Mount Tambora in Indonesia, 1883’s Krakatoa eruption, the Chile Earthquakes of 1960 and 2010, and the devastating Indian Ocean tsunami in 2004, the Ring of Fire’s got a lot on it’s (tectonic) plate. 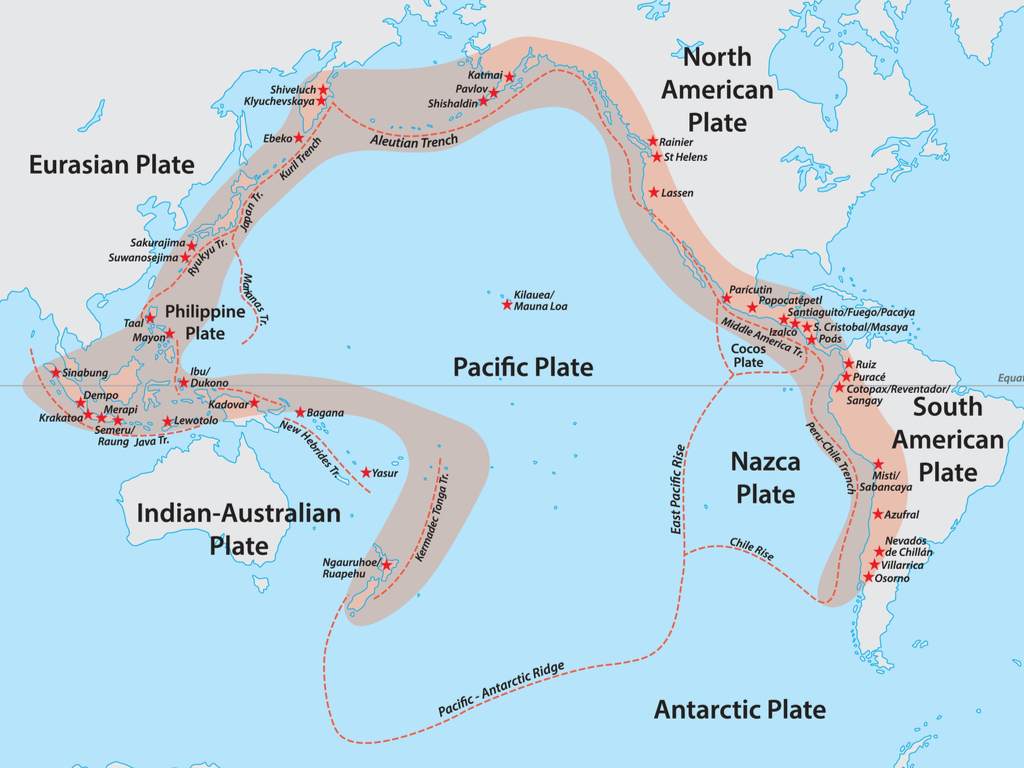 It only took tens of millions of years for the origin of the Ring of Fire to be revealed in 2017 when geoscientists took a closer look at chunks removed from Zealandia, an underwater continental crust near Australia.

Their analysis revealed that the continent underwent dramatic changes sometime between 35 million and 50 million years ago when subduction caused parts of Zealandia to rise by 1.8 miles as other sections dropped the same amount.

“These dramatic changes in northern Zealandia, an area about the size of India, coincided with buckling of rock layers (known as strata) and the formation of underwater volcanoes throughout the western Pacific,” wrote study co-authors Rupert Sutherland of Te Herenga Waka-Victoria University of Wellington and Gerald Dickens of Rice University in Texas.

In other words, this historic shift effectively created the Ring of Fire.

From Supervolcanoes to Supercontinents

The Ring of Fire may connect volcanoes far and wide, but their activity generally cannot be linked unless they are very close in proximity. For example, the boiling and bubbling in Alaska is completely unrelated to Wednesday’s earthquake 6,000 miles away in Vanuatu.

In 1996, the Aleutian Arc experienced seismic activity spread across 540 miles, which scientists deemed a complete coincidence. However, with nearly 180 miles between the shaking and stirring of Semisopochnoi and the flowing lava of Great Sitkin, scientists are perplexed as to whether this distance could warrant a connection, especially since researchers discovered that some of the Arc’s other volcanoes could be part of a supervolcano just last year.

Even if the seismic events aren’t directly connected, all of this bumping and grinding does have a joint effect on Earth’s geology. The subduction zones in the Pacific are likely to cause the ocean to drastically shrink in the next 250 million years, potentially causing Asia, Australia, and the Americas to converge into a new supercontinent, already named Amasia.

Next post Could This Be The Derringer Responsible For Abraham Lincoln's Demise?