In Japan, the most popular Christmas tradition is a Kentucky Fried Chicken dinner. 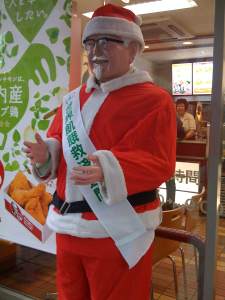 In 1974, KFC in Japan started the “Kurisumasu ni wa kentakkii!” (Kentucky for Christmas!) marketing campaign, and a new Christmas dinner tradition was born!

The very fist KFC to open in Japan was in 1970, and since then over 15,000 restaurants have opened in the country.

The market campaign was so successful that Christmas Eve is now the busiest day of the year for KFC in Japan. Top executives get out from behind their desks, roll up their sleeves, and help out on the front line, serving  “finger lickin” good drumsticks to the masses.

The lines can last for hours, and people have started submitting their orders months in advance in anticipation of the busy holiday.

The Tió de Nadal is a Catalan tradition where children have to care for a log until Christmas. The log gets its face painted, and the children “feed” it and put a blanket over it to keep it warm at night.

Now, here is where it gets strange

On Christmas, if the child has done a good job caring for their log, it will “poop” out presents. Everyone takes turns beating the log. After each hit, someone puts their hand under the tió’s blanket, and pulls out a “pooped” present.

There is even a lovely song that is sung while the log beating commences: 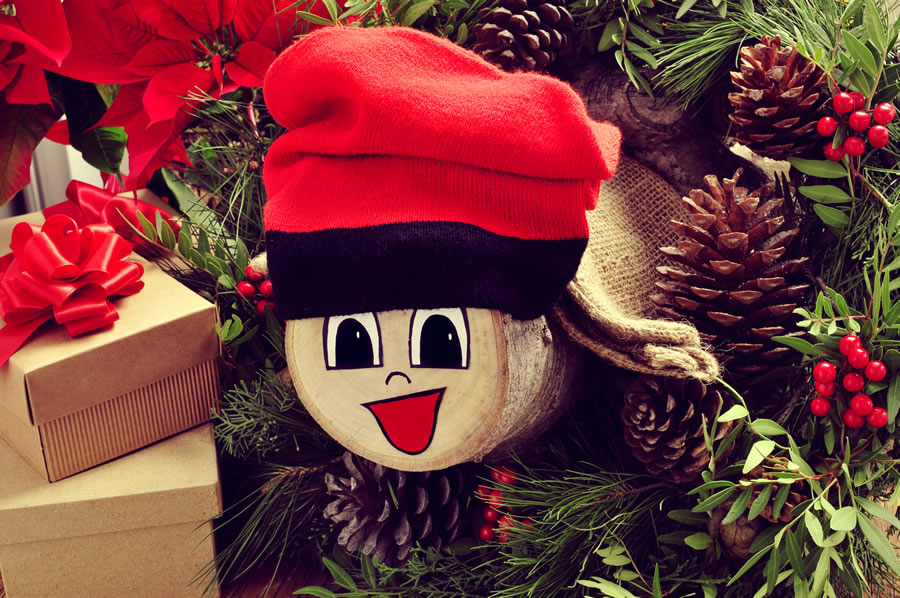 The Gävle Goat is a Swedish tradition of erecting a 40-foot-tall goat made from straw. The tradition started in 1966, and since then the goat has been damaged or destroyed 37 times
Despite tight security, arsonists usually manage to burn the goat the to the ground. The goat isn’t cheap. In 2016, the goat cost $249,900, and it was burned down within the first 24 hours.

No one is really sure why people attempt to burn the goat down every year. The tradition started with the first goat in 1966, and it seems that people just want to carry on the destruction.

Previous post Zoo Feast: A Christmas Dinner for the Ages