At 71 years old, Throwdini has more than 40 knife-throwing records under his belt for speed, distance, and accuracy.

A master of the impalement arts, The Great Throwdini is the only person in the world known to successfully perform the Veiled Double Wheel of Death stunt—throwing knives onto a spinning wheel that has two people, hidden by a paper curtain, holding on.

Otherwise known as the Reverend Doctor David Adamovich, The Great Throwdini was introduced to knife-throwing by chance at the age of 50. Within five years, he was winning national and world championships and joined a circus.

Now at 71-years-old, Throwdini has more than 40 knife-throwing records under his belt for speed, distance, and accuracy—and he shows no signs of slowing down. Ripley’s visited him to witness his performance of the Veiled Double Wheel of Death and ask him some questions about his career in the impalement arts. 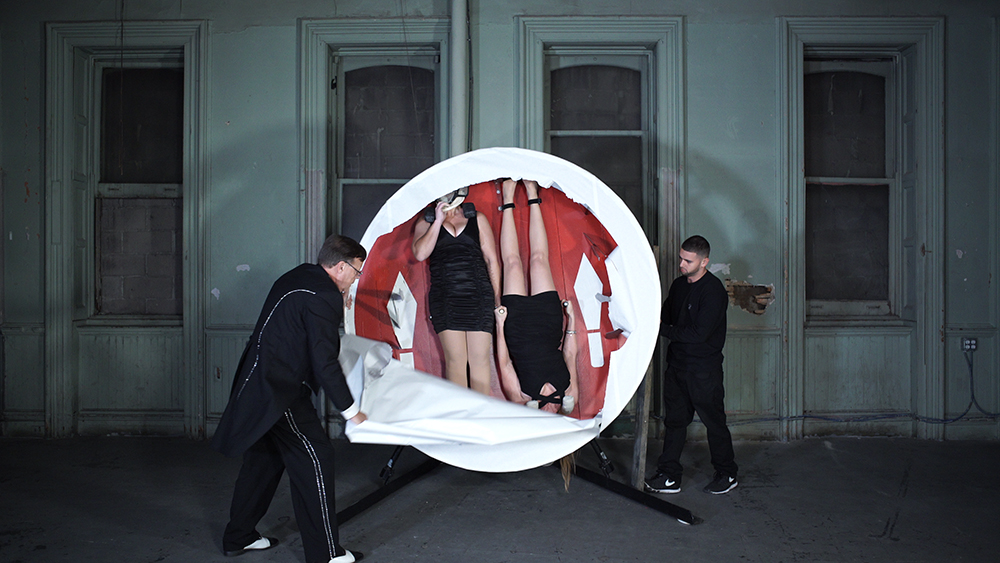 Q: Have you ever missed your target?

A: Yes. Remember—I aim to miss! All kidding aside, with all those knives and at that speed, sometimes the margin of error is pushed to its limit. As a result, I’ve scraped my assistant on several occasions. Never had to pull a knife out of what you’d consider a stab.

Q: Is there a special kind of knife you use to perform your stunts?

A: My “bread and butter” knife used for most of my performance stunts and world records is “The Great Throwdini ‘Signature Series’ Professional Throwing Knife.” It is a double-edged, diamond-shaped, 14-in knife weighing 12 oz.

Q: When the wheel is spinning, how do you know when to throw the knives?

A: The precise “secret” to the Veiled Wheel of Death is understanding the timing of the throw against the paper veil. When I perform an unveiled Wheel, it takes about 1 second for the wheel to spin, and I throw two knives per second. Veiled is a bit more difficult, and even more so with two assistants behind the paper veil. The Double Veiled Wheel of Death spins slightly slower, so I take a fraction of a second longer to throw the knives. 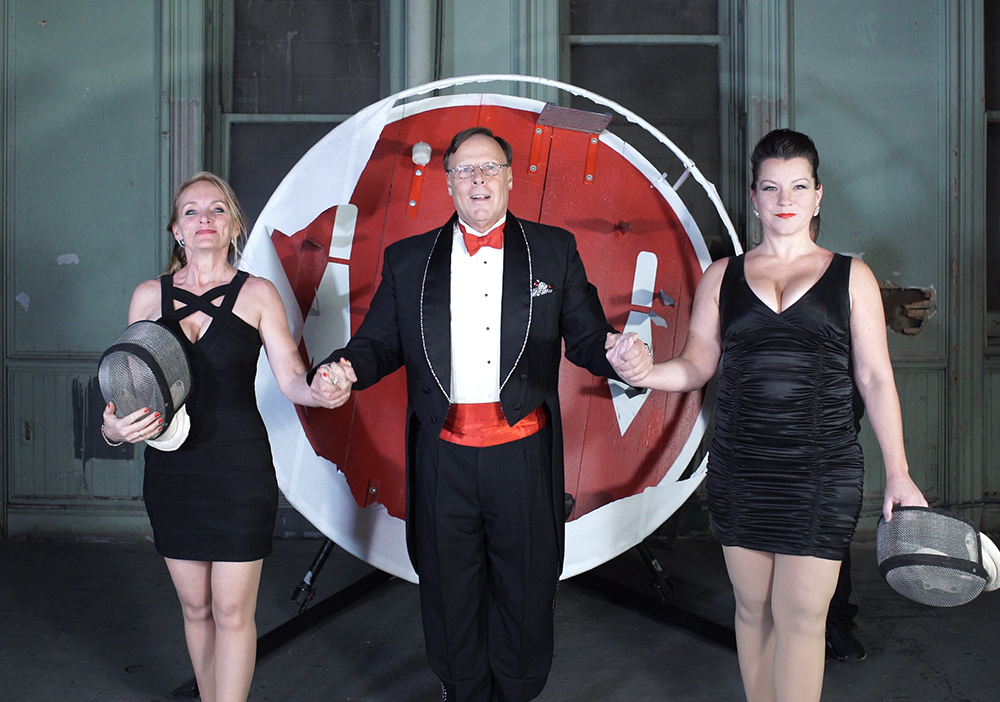 Q: How did you convince people to get on the wheel?

A: It wasn’t a matter of convincing. They all accept and understand each component of the act before I ever throw the first knife around any of them. There’s a mutual trust we have in each other, very much like the flyer and catcher in a trapeze act. Each is a vital component of the performance. Without my assistant, there is no act.

Q: How long did you practice knife-throwing before bringing people into the mix?

A: I competed with the objective of hitting a bull’s-eye for five years. Then, when switching over from competition to the impalement arts, my focus went from aiming-to-hit to aiming-to-miss! An old-time performer once said, with reference to throwing knives around human targets, “Aim to miss—they last a lot longer that way.”

Q: Is there anything else about knife-throwing that you want people to know?

A: Yes, it’s not a joke nor is it to be taken lightly. It’s a serious and potentially dangerous circus act that requires a significant level of skill to be performed safely. Anyone considering the impalement arts should do so with the utmost respect for their assistant. 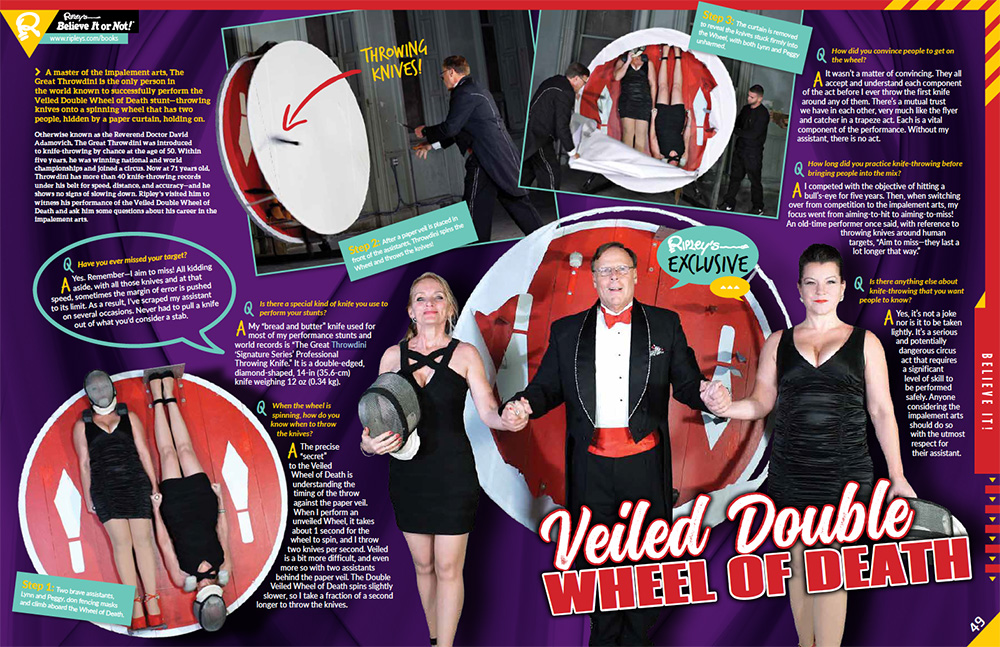 Next post What Kind Of Music Makes Cheese Even Tastier?