While diehard tombstone tourists have always felt at home in cemeteries, social distancing is bringing out a new crowd. 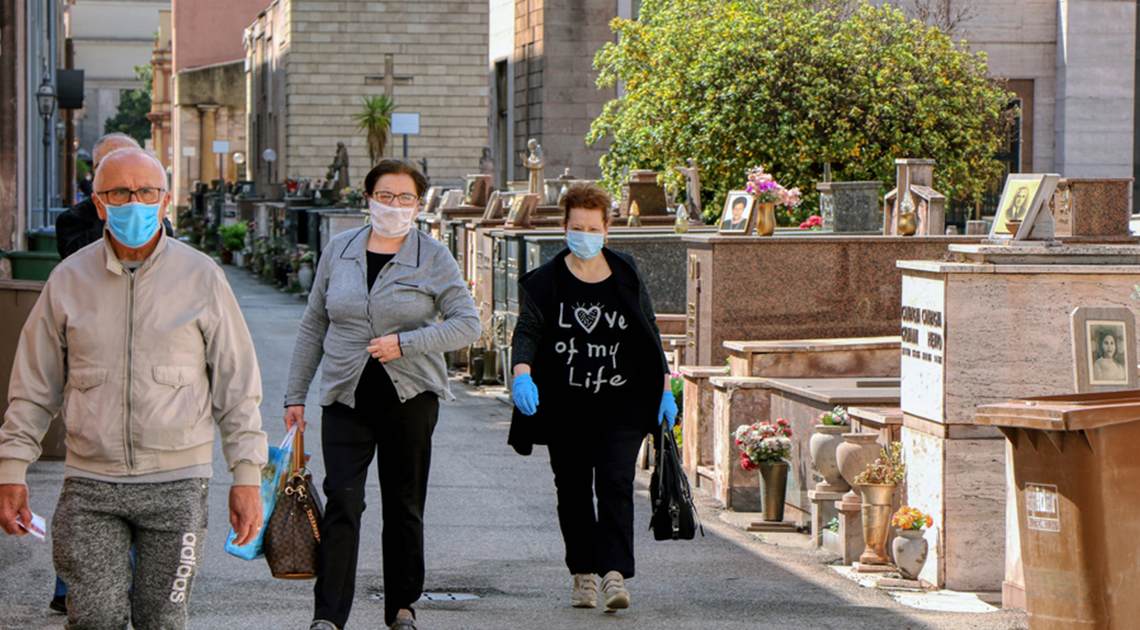 A curious thing is happening at some of the oldest urban cemeteries in the United States. They’ve become havens for cabin-fevered city-dwellers. Thousands of cooped up people are flocking to them each week for a dose of fresh air. And families are bringing their children to release a little energy. Since occupants are six-feet under, following the strictures of social distancing proves a cinch.

The new wave of visitors is quickly succumbing to the strange charms of “tombstone tourism.” Also known as taphophilia (the “love of cemeteries”), the activity has always had a loyal constituency. The Facebook “Taphophilia” page alone has more than 10,000 followers. Yet, it’s not what we’d call a mainstream American activity. Until now.

While diehard tombstone tourists have always felt at home in cemeteries, social distancing is bringing out a new crowd.

The Rise in Tombstone Tourists

From empty subway stations to deserted attractions like Paris’s Place de la Concorde and NYC’s Times Square, social distancing comes with an eerie lack of crowds. Where people once thronged, now empty sidewalks greet observers. Metropolises the world over have become ghost towns in the wake of COVID-19. Some now refer to the phenomenon as the “Great Empty.”

Yet, other unlikely places have seen a dramatic influx of visitors in recent weeks, urban cemeteries. In Brooklyn, the 182-year-old Green-Wood Cemetery has extended its visiting hours and opened all four gates to accommodate the flood of guests. (Usually, only two are needed.) 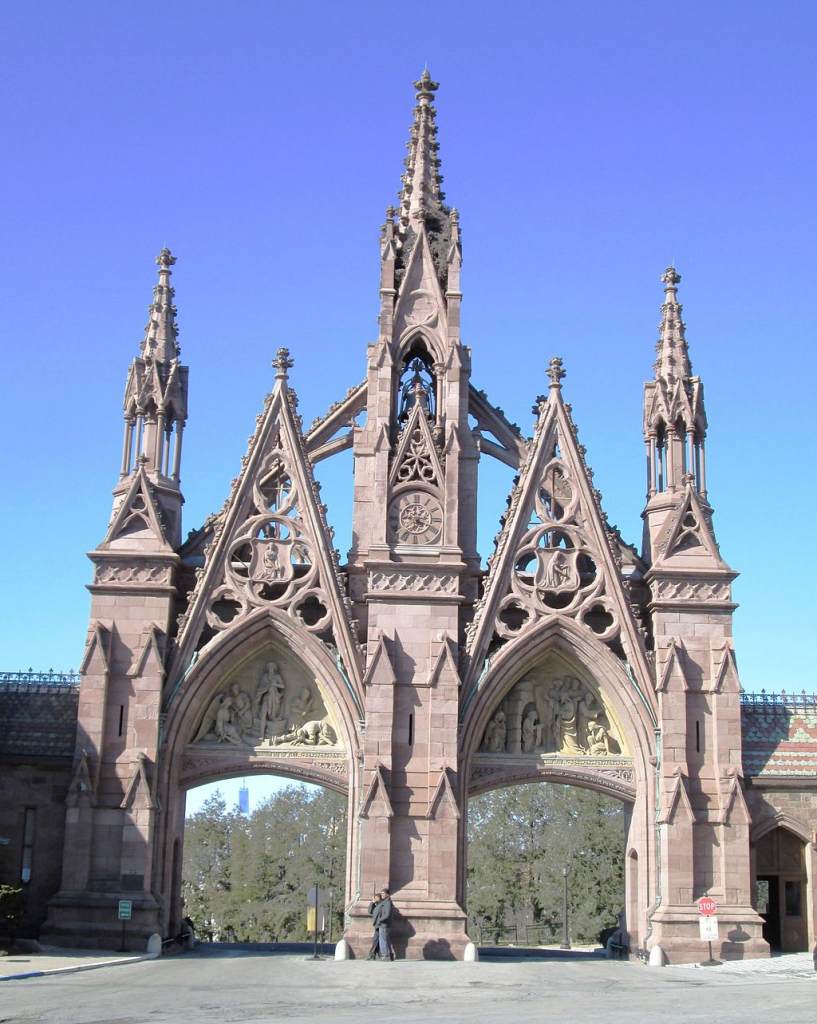 Green-Wood Cemetery || CC Beyond My Ken

In Detroit, the grounds of many cemeteries also remain open. Visitor numbers have soared. Some Detroit residents say they’ve visited many city cemeteries over the past few weeks, finding them less crowded and safer than other alternatives, like city parks.

In Pennsylvania, cemeteries like Laurel Hill in Philadelphia and West Laurel in Bala Cynwyd witnessed visitor surges of more than 43 percent in just two weeks. According to Nancy Goldenberg, president and CEO of both Pennsylvania cemeteries, people visit because they need more space. And there is often a lack of alternatives. Many urban parks are either dangerously crowded or closed to the public. Cemeteries represent a picturesque Plan B.

Richard J. Moylan, President of Green-Wood, notes, “We recognize the role Green-Wood plays in so many lives, not just as a place of remembrance, but one of solace in an ever-uncertain world. Therefore we are dedicated to staying open and accessible during this time so you may continue to find peace in our landscape—as generations before us have.”

Some historic cemeteries are incurring added costs to keep their gates open and staffed with personnel. Yet, they value the positive impact they’re having. After all, people crave extra space and solace right now. Beautiful historic cemeteries can provide both.

Officials note that they understand the importance of maintaining social distancing. They’ve taken measures to ensure the safety of visitors. These precautions include wearing masks, gloves, and keeping a distance from passersby.

As Molly Cusick recently noted on Instagram, “600,000 souls and not a one from which we must socially distance.” Others, like @glenn_electric, chimed in, “Social distancing—six feet under. Feels safe.”

Of course, the surge of visitors comes at a time when cemetery operations have seen an unfortunate and overwhelming uptick. How are cemeteries rising to meet the challenge? By carefully blocking off areas during funerals and enforcing strict six-foot separation measures.

For many cemeteries, the most active space right now is the crematory. Fortunately, for Green-Wood, the crematory is located in a separate building away from the public. This geographic distance has made the cemetery’s job a little easier.

Of course, social distancing hasn’t worked out well at some cemeteries. In Ohio, the Spring Grove Cemetery in Cincinnati remains closed. Why? To stem the flow of thousands of new visitors. As for New Orleans, historic cemeteries have also been closed to all but mourning families.

Some, like Green-Wood, were engineered as “park cemeteries.” In other words, they function like parks, offering places for pedestrians to stroll and families to picnic. With 478 acres of open space and more than 7,000 trees, including blooming magnolias in the springtime, there are few better spots to capture a few moments of peace.

History attests to this fact. When Green-Wood first opened nearly 200 years ago, New Yorkers flocked there. Prospect Park and Central Park didn’t yet exist. So, residents got their nature fix at the cemetery. Records show that during the 19th century, more than half a million visitors frequented it each year. Green-Wood, as it turns out, was once the second most-visited site in the United States after Niagara Falls.

A New Crew of Taphophiles

A time-honored and largely forgotten pastime, taphophilia is making a comeback in the United States. In recent weeks, visitor numbers to historic urban cemeteries have soared. As America’s most-treasured historic cemeteries continue to attract new fans, they offer valuable lessons about resilience. 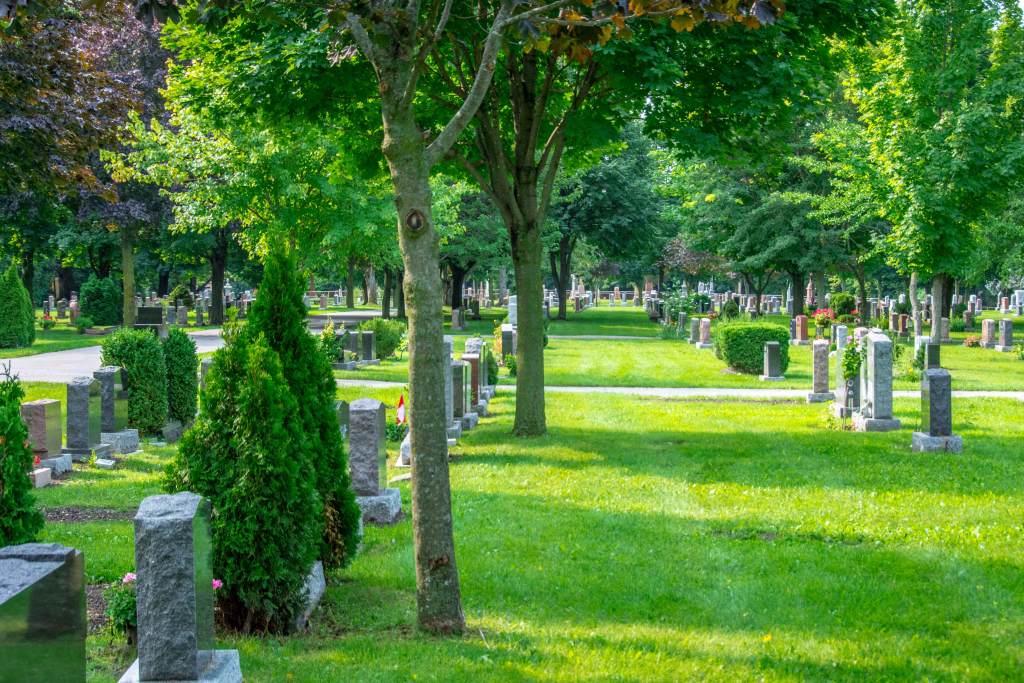 Some newfound taphophiles note feeling a bittersweet connection to those who died during the last pandemic that hit America from 1918 through 1920. Their graves prove a stark, yet comforting reminder that we’ve been here before and will triumph against this invisible enemy.

Will the tombstone tourism trend persist once social distancing comes to an end? You’d need a crystal ball to answer that question. Nonetheless, many people now regularly visiting these locations describe their early taphophile experiences as spiritually uplifting and hopeful.