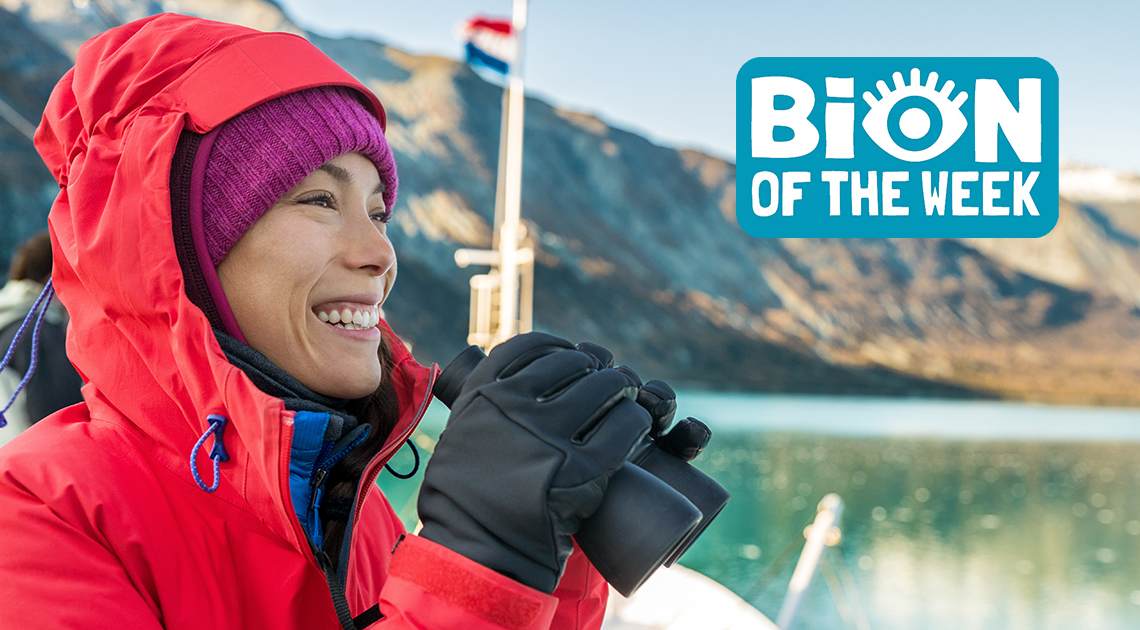 [July 26–August 1, 2021] Dumpster-diving cockatoos, white whales, and a man who runs on water, all round up in this week’s weird news from Ripley’s Believe It or Not!

“What would your last meal be?” While often asked as a hypothetical question, a study released this week may have you wanting to choose your answer wisely in the event you’re ever sacrificed then studied thousands of years later, as in the case of Denmark’s famous “Tollund Man.”

Discovered 71 years ago, the well-preserved Iron Age bog body’s digestive tract was recently re-examined, resulting in the details of what he ate in the hours before being hanged and dumped in a bog — a porridge made of fish, barley, flax, and pale persicaria!

The frugal last meal — specifically the pale persicaria — reinforces the idea that the Tollund Man was not executed as a criminal but rather killed as a human sacrifice, a theory originally evidenced by his body and face arrangement.

According to archaeologist and head of research at Denmark’s Silkeborg Museum, Nina Nielsen, pale persicaria was typically threshed as a weed during the Iron Age. The fact that it was deliberately stored and added to the porridge suggests that it was part of a ritual meal for human sacrifices.

Though the contents of the Tollund Man’s intestines were originally examined back in 1950, new technologies and techniques inspired the archaeology team to take another look.

Sheriff’s deputies responding to reports of an unidentified floating object washing up on a Florida beach were relieved, if not amused, to find it was just the belongings of a man trying to run his way to New York.

The object in question was a hamster wheel–shaped vessel, or “hydro bubble,” that allowed its owner, extreme athlete Reza Baluchi, to run across the water.

The man, identified as Reza Baluchi, was apparently trying to travel from St. Augustine, Florida, to New York in his floating watercraft.https://t.co/D0A11IwOvj

Upon being found by the Flagler County Sheriffs, Baluchi explained that he had drifted ashore during a philanthropic jog from the Florida shores to New York after taking off from St. Augustine less than a day prior.

This is not Baluchi’s first experience with an aquatic adventure gone awry. In both 2014 and 2016, he was rescued from his man-powered pod while attempting to run to Bermuda.

The U.S. Coast Guard has issued a few citations to Baluchi over the years, requesting that he obtain additional safety equipment and allow a boat to escort him.

Despite being in violation of these requests and even being offered endorsement deals for the boat, Baluchi maintains that he would fulfill his mission on his own with the money offered put towards organizations who need it.

“One thing is I want to show people, you know, is if sometimes you fail, never give up your dream,” he said, adding, “I’ll never give up my dream. They stop me four or five times, but I never give up.”

Last weekend marked the return of the Key West Hemingway Days, as white-bearded men dressed in wool sweaters and safari jackets roamed the streets as they try in earnest to win the title of the beloved author’s look-alike.

By the end of the night, Zach Taylor, a 63-year-old business owner from Georgia, beat out 136 other contestants, truly demonstrating the importance of looking like Ernest.

Congratulations to Zach Taylor, of Ambrose, GA., who received the traditional congratulatory kisses from Ernest Hemingway look-alikes after winning the 2021 Hemingway Look-Alike Contest at Sloppy Joe’s Bar in #KeyWest! Taylor was among 137 contestants in the cornerstone event. pic.twitter.com/FDTjKiCv5g

Taylor’s win comes 21 years after his father-in-law, Carlie Coley, was granted the same title, proving that the son-in-law also rises.

For those who don’t resemble the famed writer, Hemingway Days also hosts an essay contest, literary walking tour, and the Key West Marlin Tournament, all raising money for local charities.

A few years after noticing a cockatoo rifling through his trash, Australian ornithologist Richard Major has completed a study revealing that these birds have the brains to learn how to dumpster dive.

While any bird can pick up garbage off the ground, these smarties have taught each other how to pry open a lidded can to dive for hidden trash treasures.

After watching a single sulfur-crested cockatoo pull off the stunt back in 2018, Major gathered a team of researchers from Germany to find out just how many more were out there. Only a year later, they discovered that birds in 44 Sydney suburbs had learned the foraging technique!

“From three suburbs to 44 in two years is a pretty rapid spread,” said Major. “That spread wasn’t just popping up randomly. It started in southern suburbs and radiated outwards.”

A few curious cockatoos learned how to open residential waste bins in Australia, and now other birds have started copying them, with incidences of bin-looting spreading across eastern Australia in easily traceable waves. https://t.co/koykhDrcHn pic.twitter.com/UH0xIa0GxZ

As the bin behavior spread, it became clear that learning the new trick was a birdie see, birdie do scenario, with the majority of dumpster divers being males who are at the top of the cockatoo social hierarchy.

Interestingly, each bird region pulled off the lids slightly differently — similar to how subcultures and dialects differ in humans.

However different their techniques, the trash birds all succeeded in feeding off of the sweet, sweet taste of human garbage.

Tourists Get Bang for Their Buck with White Whale Sighting

Gojiraiwa Kanko Whale Watching has some excellent Yelp reviews coming their way after treating a few lucky tourists to the whale-watching excursion of a lifetime with the spotting of two white killer whales!

The July 24 voyage was business as usual for the Hokkaido, Japan–based company, as they sailed off the coast of Rausu, with passengers excited to spot some standard whale happenings until it turned into an experience so rare that even the tour guides were shocked.

“It was the best day of my life,” said Mai, a Gojiraiwa Kanko guide, adding, “Two white orcas have been spotted off the coast of Japan for the first time.”

The cause of the whales’ creamy white complexion could be either albinism or leucism, but cannot be determined without images showing their eyes, which would be pink if they are albino.

Previous post Swimming After You Eat? Yes, You Can.