The 1:10 scale Toyota Mirai includes a hydrogen fuel cell power source, which it used to speed around a miniaturized village in England. 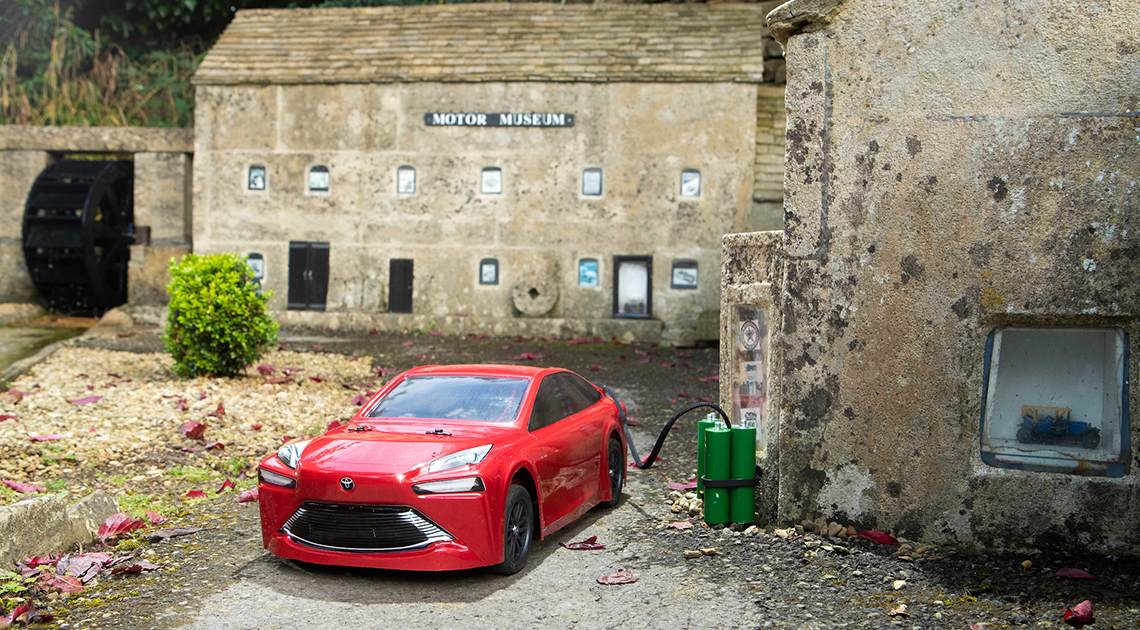 Model Mirai “fills up” from newly installed hydrogen tanks outside the Motor Museum in the Model Village. Images courtesy of Toyota UK.

The Model Village in Bourton-on-the-Water in Gloucestershire, England, is an exact replica of the town at a 1:9 scale. The miniature copy contains everything you’d expect from its real-life version, including churches, footbridges, and the latest shops. And the accuracy is mindboggling. Landscaping includes bonsai trees pruned regularly to keep them proportionate, and the model relies on locally quarried stone. There’s even a model of the Model Village!

As stores in the city center change, the Model Village gets updated along with the most minute details, including window displays. But the frosting on top of the Model Village cake came in October, when Toyota chose Bourton-on-the-Water to test drive the United Kingdom’s first hydrogen-fueled radio-controlled (RC) car, a 1:10 replica of a Toyota Mirai. Here’s what you need to know about this groundbreaking event.

A Test Drive With a Purpose

When Toyota set out to create the Mirai with a miniaturized fuel cell, they had one objective in mind: To show the world what’s possible with fuel cell technology at opposite extremes of the mobility scale. To achieve their goals, Toyota turned to Bramble Energy and Tamiya UK for assistance. Bramble Energy specializes in cutting-edge hydrogen fuel innovations and applications, and Tamiya UK crafts hyper-realistic RC vehicles.

Like its full-scale counterpart, the Tamiya RC model comes with a stellar driving range. In fact, it can cover twice the distance of your typical RC vehicle! Showcasing the potential for hydrogen remains a project close to Toyota’s heart. After all, the company has invested more than 20 years into hydrogen research, and the results couldn’t be more exciting. 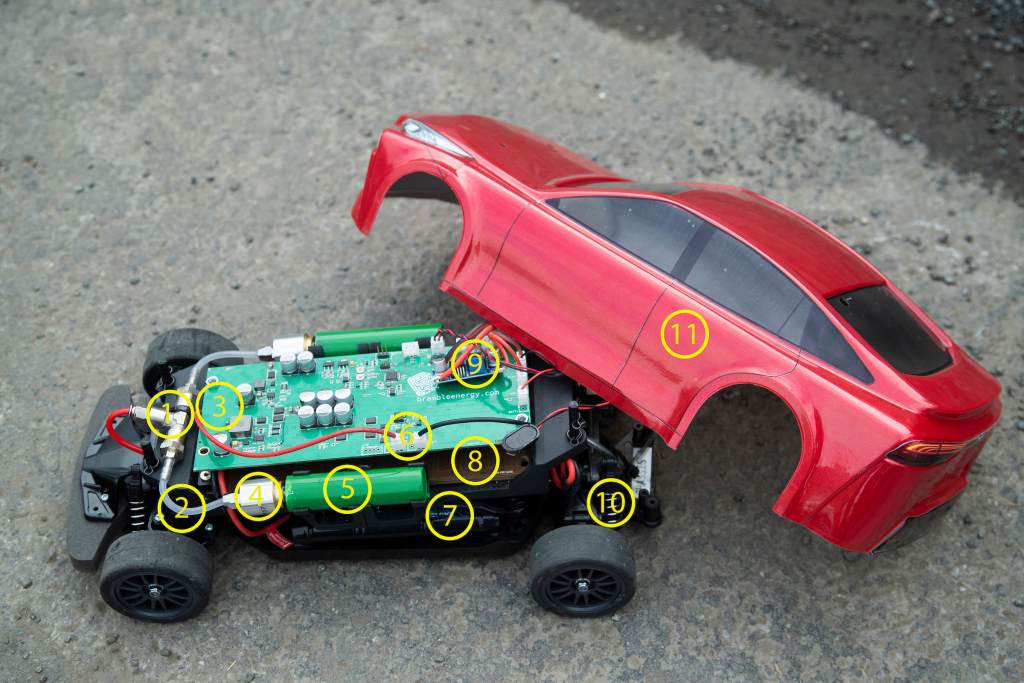 The Future of Driving

Making the test drive through Bourton-on-the-Water’s Model Village required shrinking a whole fuel cell system. The process proved a significant challenge for the engineers at Bramble Energy, especially when it came to designing the system components compact enough to fit atop the Tamiya TT02 chassis and beneath the frame of the Mirai RC. But the praiseworthy results made the project well worth the effort.

And Toyota isn’t satisfied with miniature RC cars alone. The brand has big plans when it comes to expanding this technology in the years to come. Since launching their first fuel cell car in 2015, Toyota has made significant leaps. They’ve increased fuel cell production to 30,000 units per year. The result? The potential for expansion of fuel cell technology into other areas, including haulage and other forms of transportation. Toyota’s extensive research could even have implications for industrial energy. 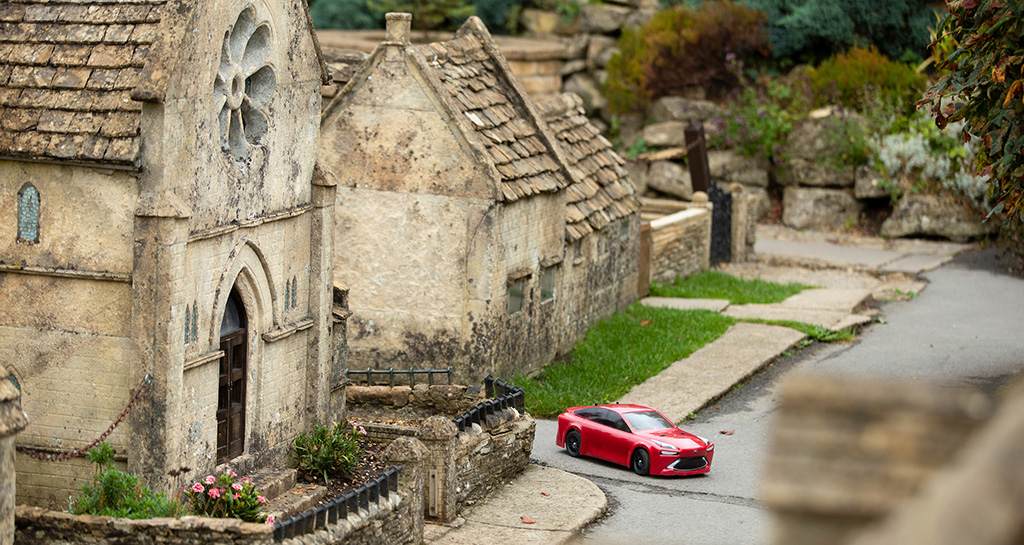 Tamiya’s miniature Mirai drives past the church in the Model Village.

As Alistair Brebner of Tamiya UK notes, “We believe these adapted hydrogen-powered Tamiya cars are the first hydrogen fuel cell RC cars in the UK, and they mirror the way full-size vehicles will be powered in the future. It’s been great to see them in action at the model village; they performed really well.” Toyota’s pursuit of this exciting hydrogen cell technology comes with the potential for a whole range of possibilities and profound environmental benefits. But for now, we’re obsessed with the adorable red ride wending its way through one of the quaintest model villages on the planet!

Next post Painless Parker: The Man Who Turned Dentistry Into A Traveling Show