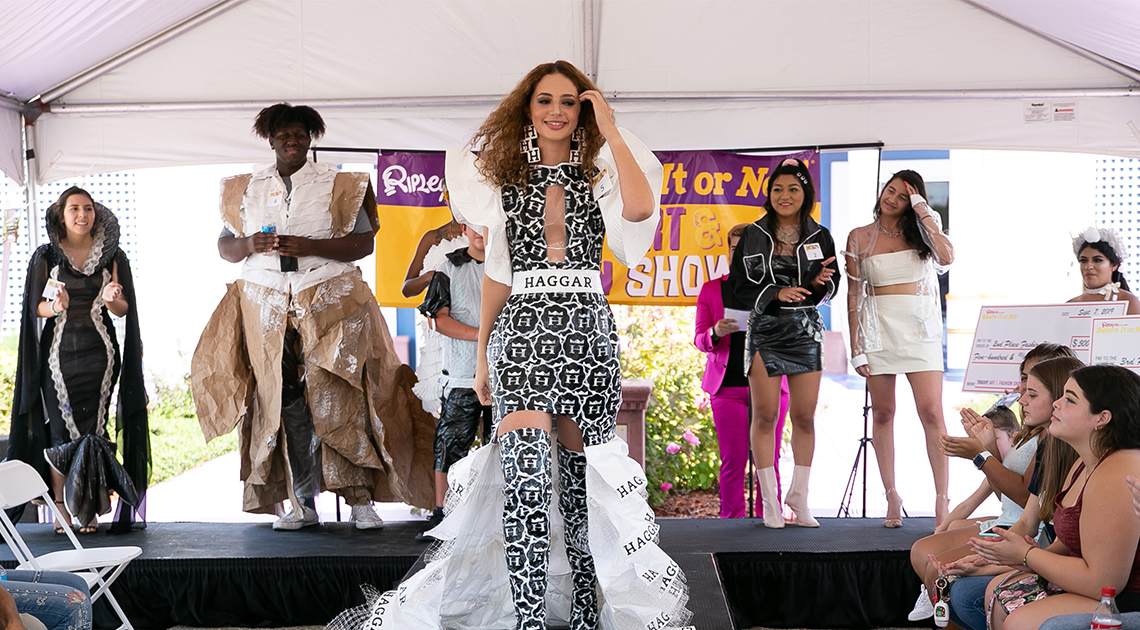 After a successful Texas launch in 2018, Ripley’s Believe It or Not! Grand Prairie announced that the popular “Ripley’s Trashy Fashion Show” would return in 2019. While the world’s top designers showcased their new lines during New York’s famous Fashion Week (September 5-13th, 2019), promising designers in the Dallas and Ft. Worth, Texas, areas took the stage, displaying their talent by transforming trash and recycled materials into wearable art. 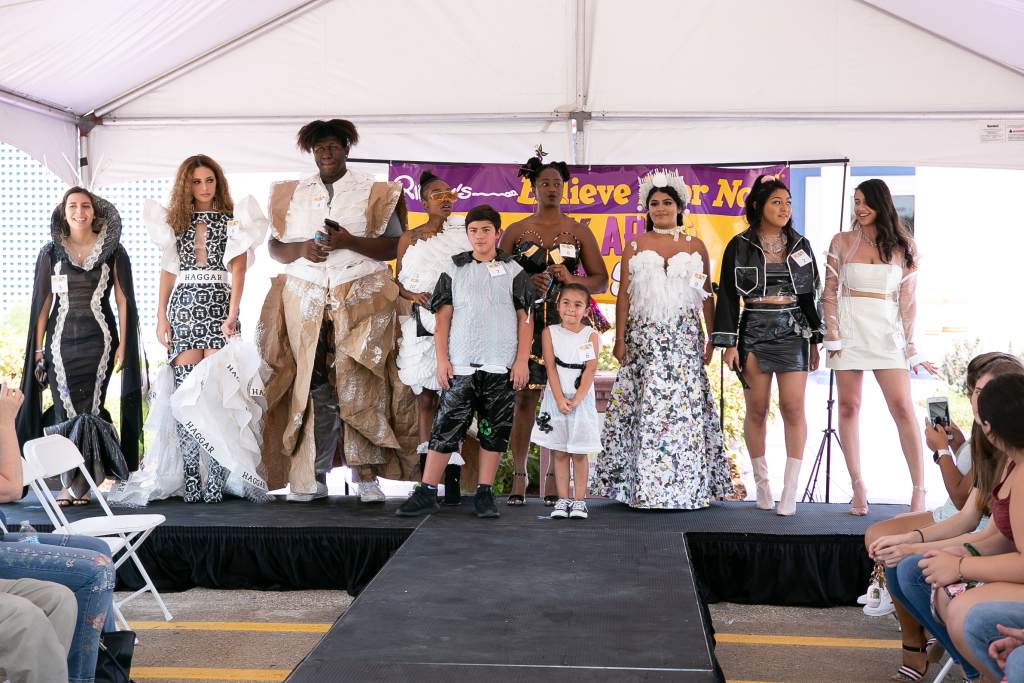 Many attended this special event to see just what these fashionistas conjured up! Ripley’s judged based on creative use of materials, the model’s runway walk, garment mobility, and overall design.

Believe It or Not! the 16 incredible entries used everything from plastic wrap to bottle caps. 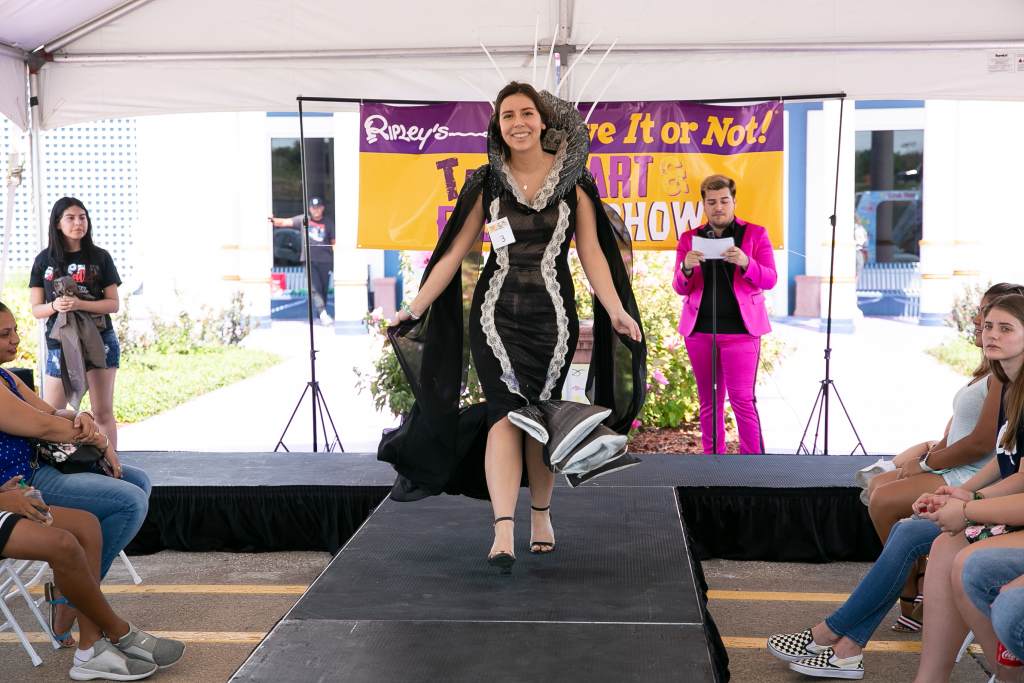 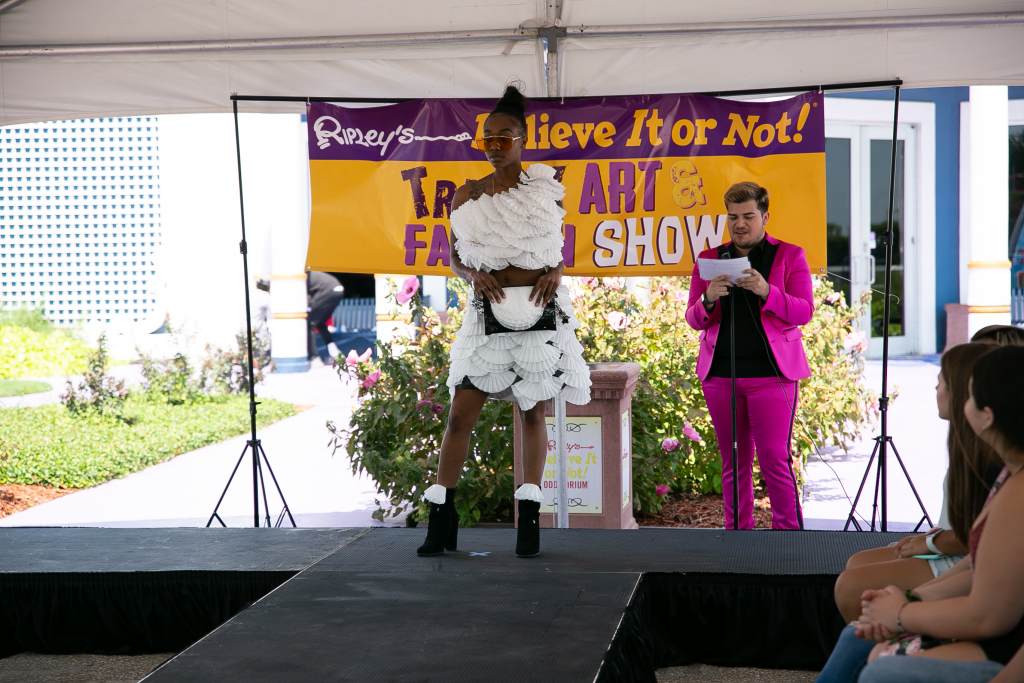 This year’s Grand Prairie winner is no other than Ikenndra Oliobi, who also won first place in Ripley’s 2018 Trashy Fashion Show. 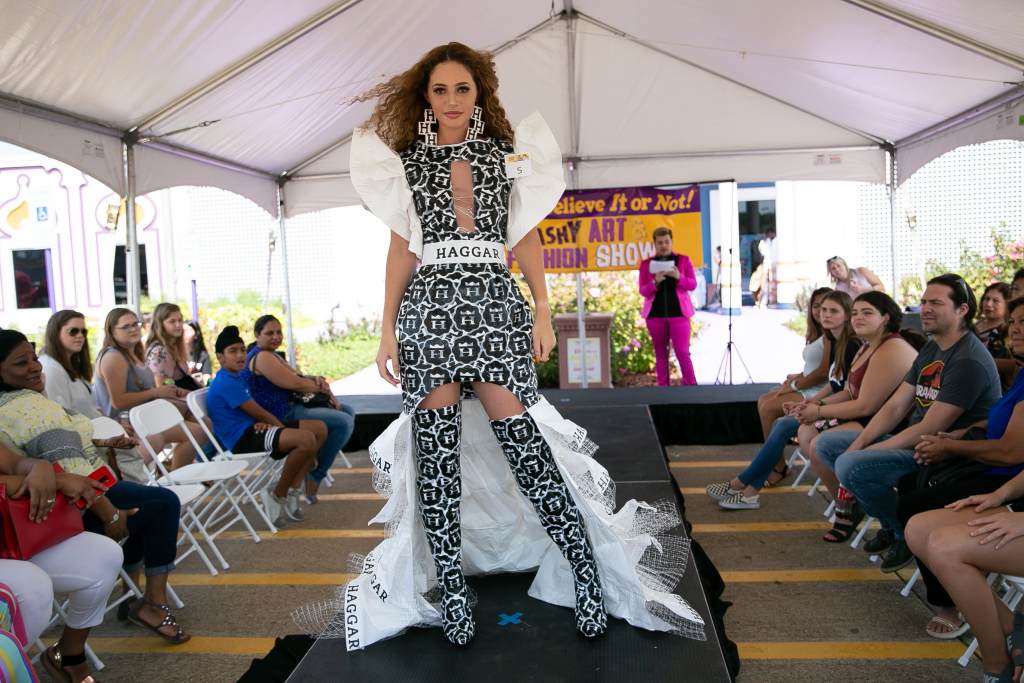 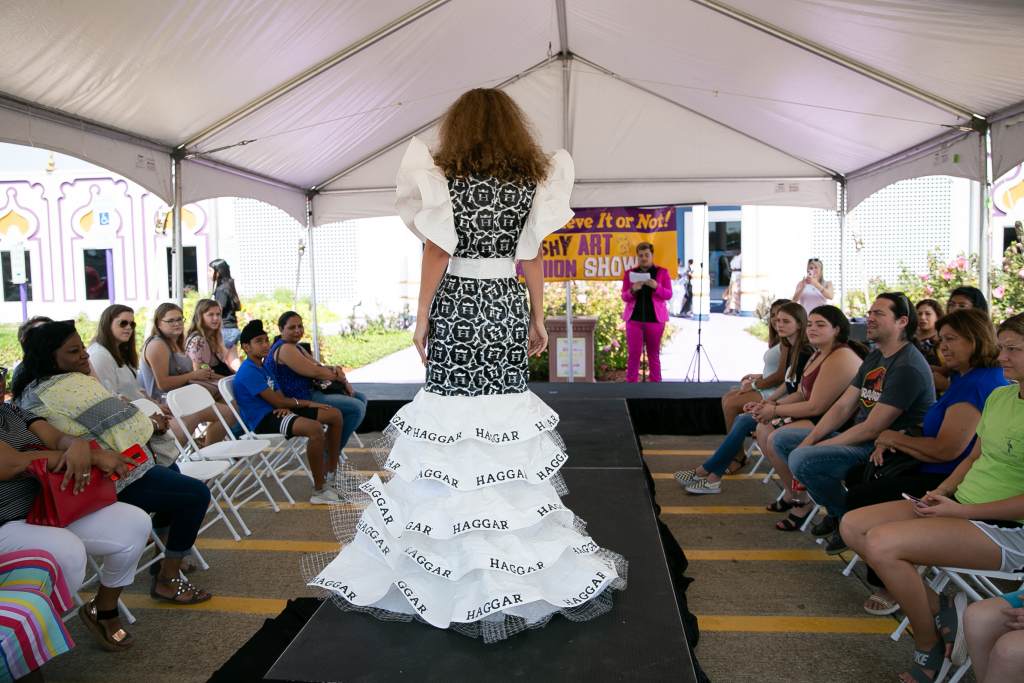 This year, her entry, once again, swept everyone off their feet with a mermaid silhouette gown made entirely of Haggar Direct plastic shopping bags. The dress took Oliobi more than 100 hours to create.

Last year she created a party dress from silver Diet Pepsi cans, muslin fabric, eyelets, plastic, glue, and shoelaces that won over the judges and audience. 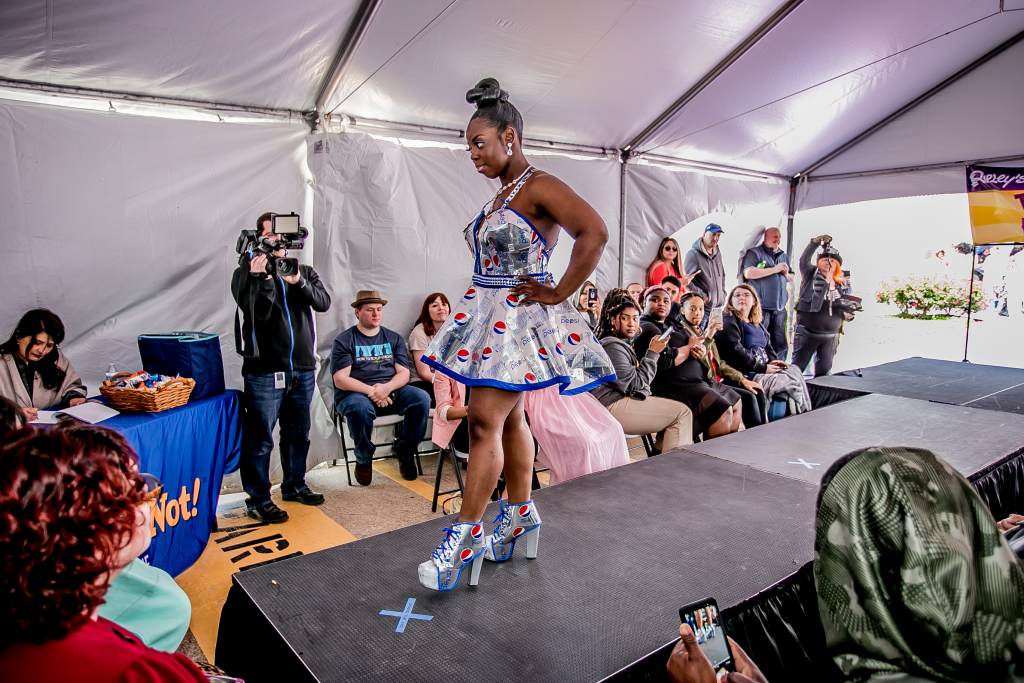 Oliobi fell in love with fashion at the age of 7, inspired by the late singer Selena’s style. At that young age, she wrote to the Art Institute of Dallas to let them know she would be there one day. Oliobi has since graduated and landed her dream job in development with Haggar Menswear. She plans on using her winnings to fund a new startup handbag collection and aspires to grow into a full-fledged apparel company in the future. 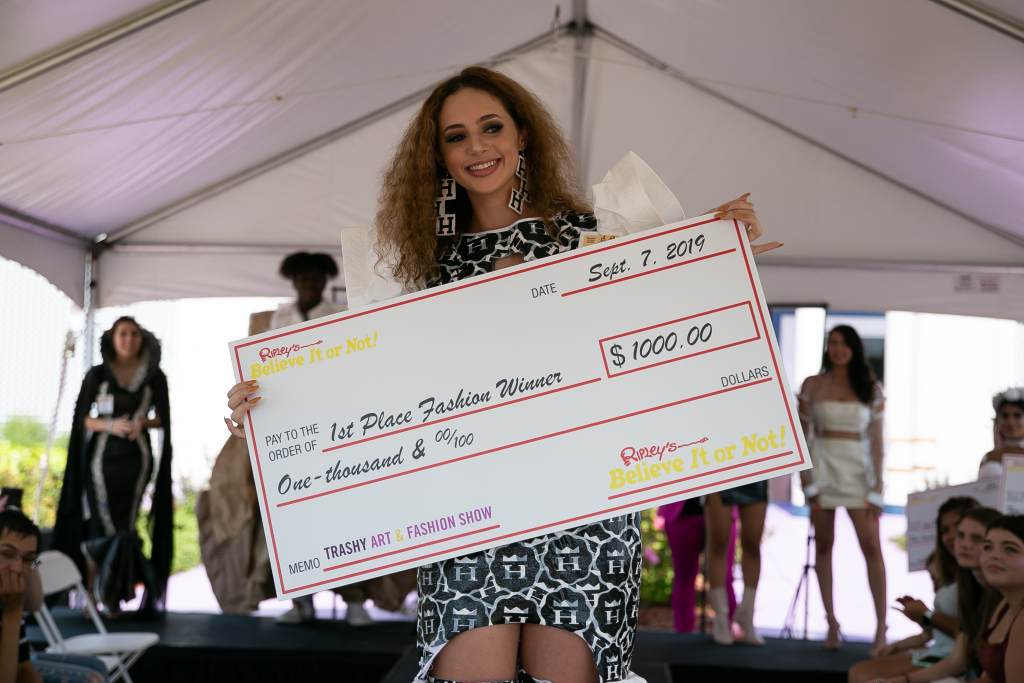 The first runner-up was Belsy Rayo, who received a $500 cash prize. Her design was a gown made out of plastic wrap, bottle caps, magazines, and plastic bags. The intricate headpiece was made out of pastel-colored plastic drinking straws detailed with clear bead strings. 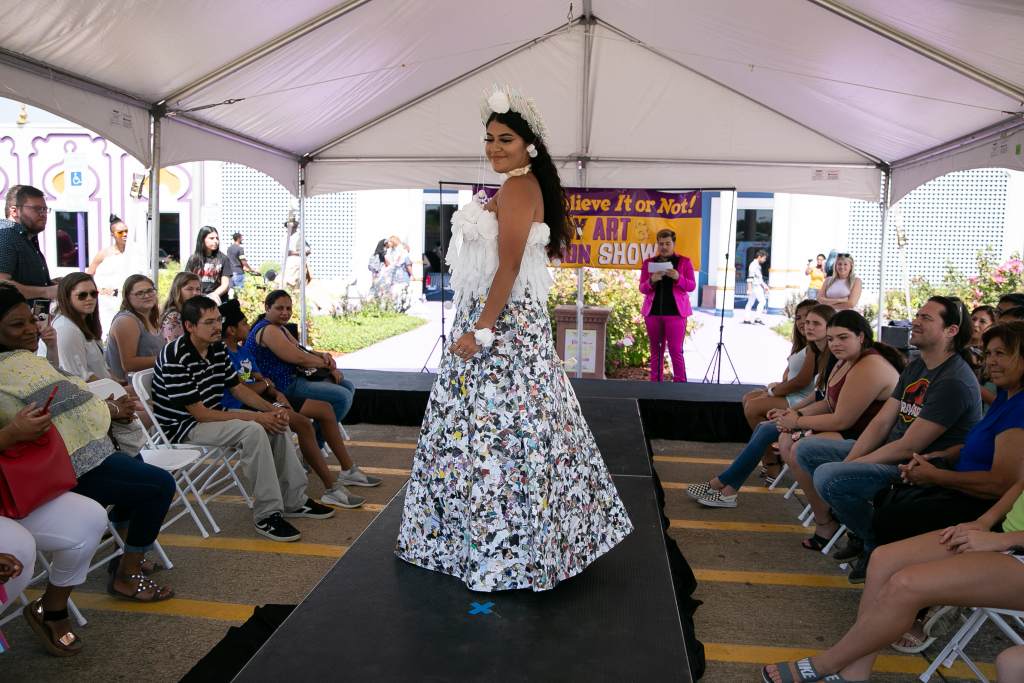 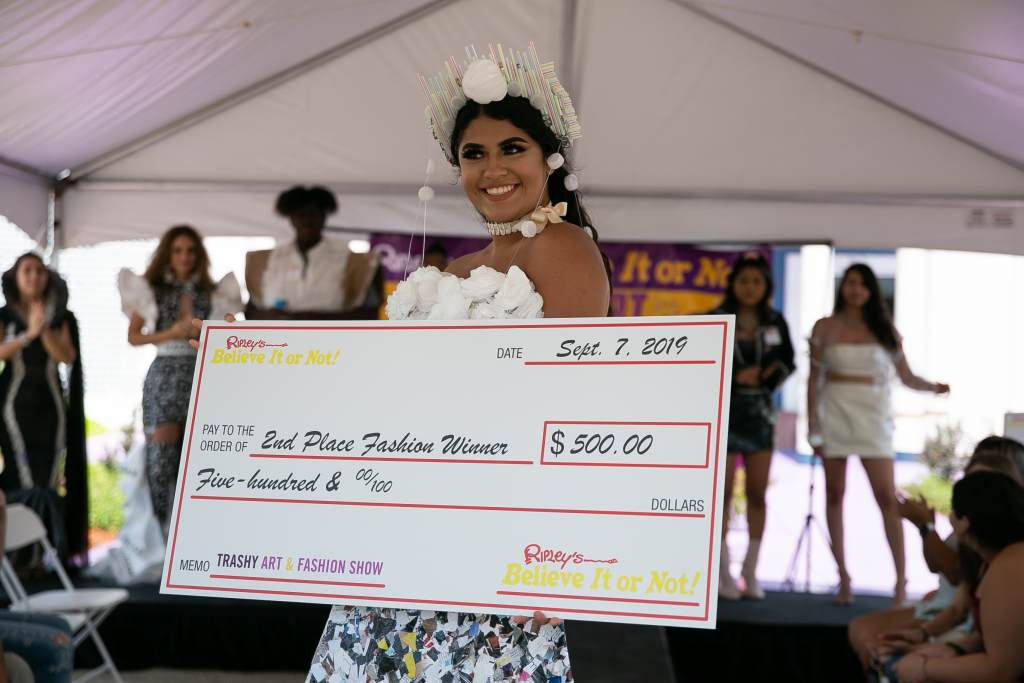 The second runner-up won a $250 cash prize. Two contestants received the same score, leaving a tie for this title. Contestant Jenn Yoo with her two-piece co-ord outfit from trash bags, shower curtains, rope and safety pins and contestant Donnesha Watson with her peplum-style dress from paper bags, bubble wrap, and bottle caps were both third-place winners. 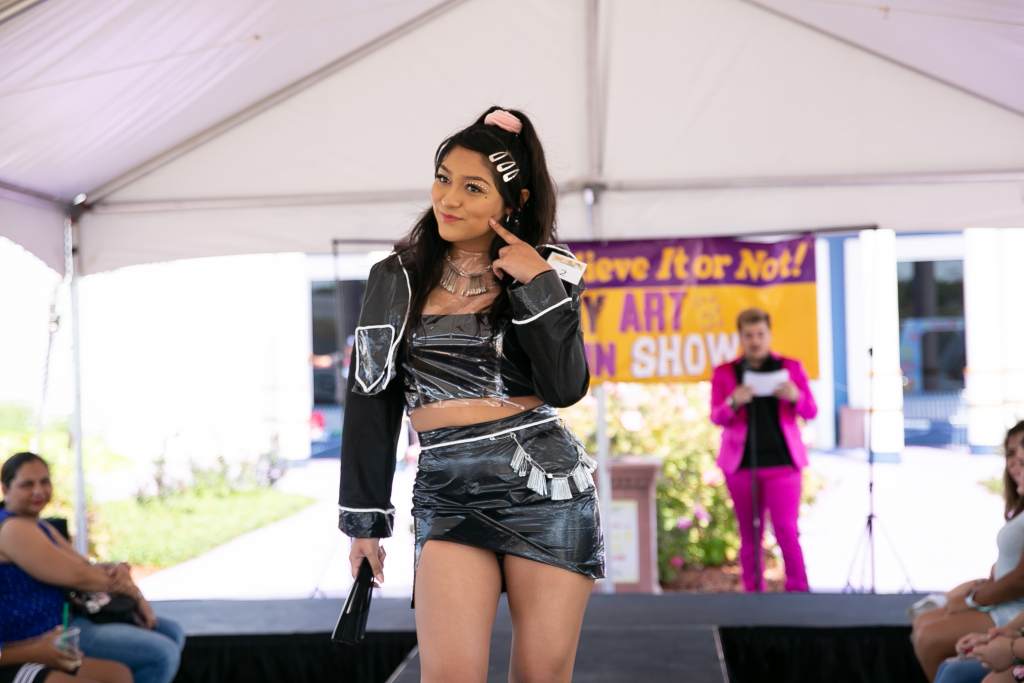 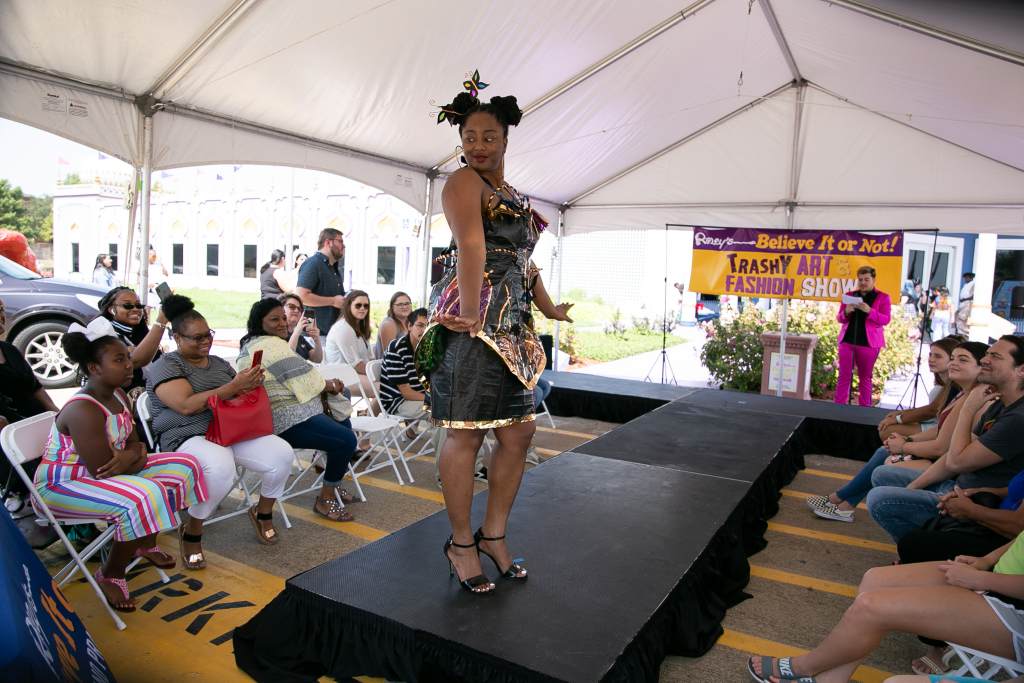 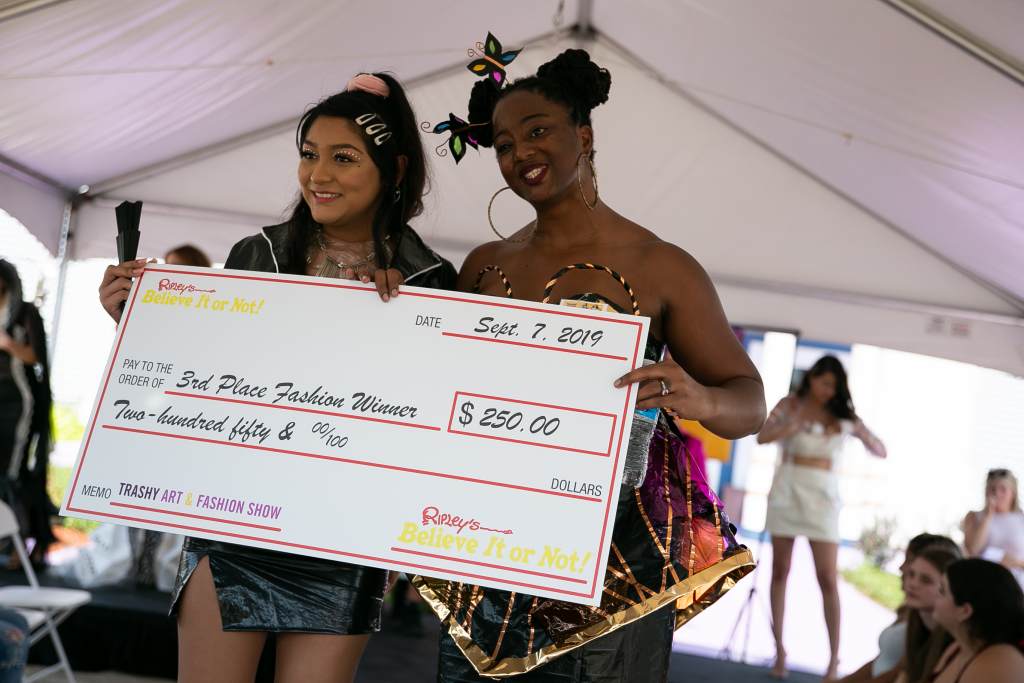 Which is your favorite “trashy” outfit in this year’s show? Let us know in the comments below!