Happy Veterans Day! Did you know trench art was created by WWI soldiers from bullet casings and other objects they found lying around? 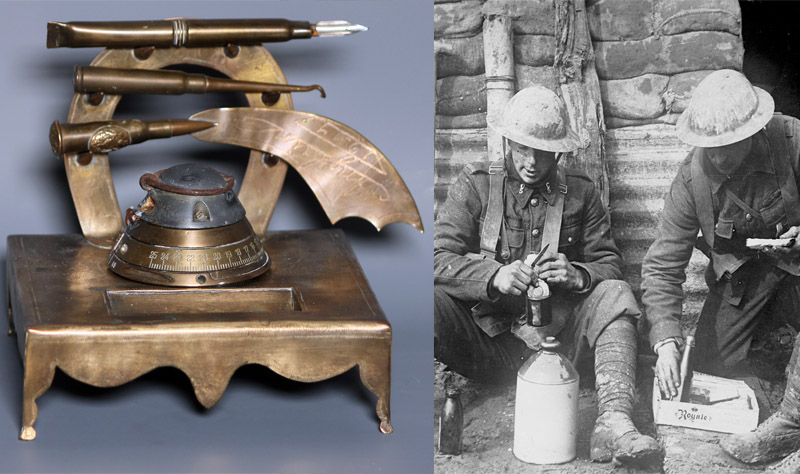 With Veteran’s Day  being celebrated every year on the anniversary of the World War I Armistice of Compiègne, I scoured the Ripley archives for something  that might give a unique insight into what life was like for the soldiers sitting at the bottom of trenches in 1918.

The 31st Australian Battalion once spent a record 53 days in the line at Villers-Bretonneux, and though most units were relieved of line duty after a few days, an average British soldier would spend 55% of his year in the trenches during World War I.

Conditions in the trenches were harsh. Danger from enemy fire or dropped bombs from planes were almost as dangerous as the tough living conditions in the damp and cramped trenches. 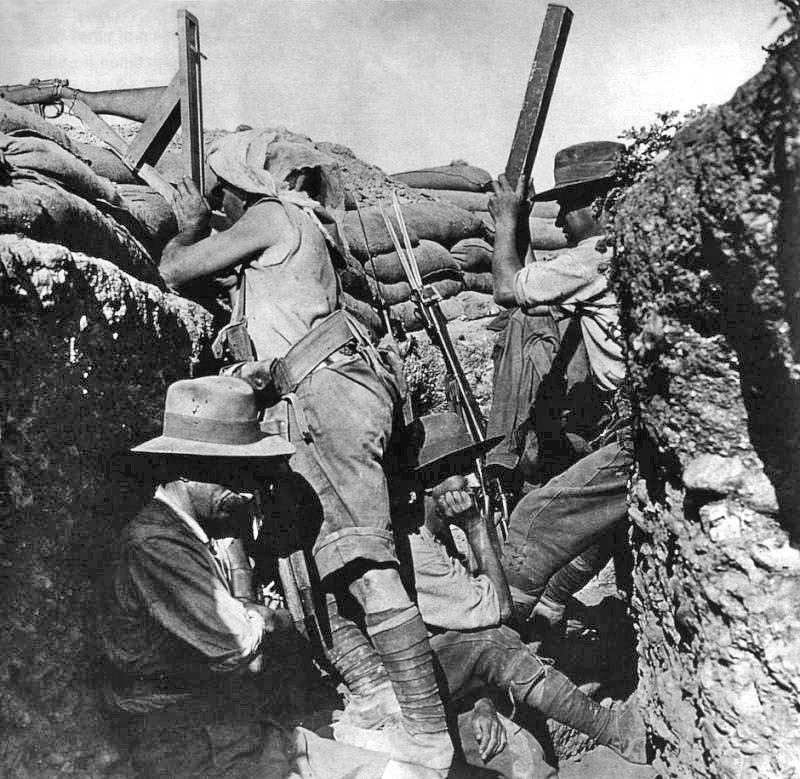 Soldiers takes aim using a periscope rifle, a rifle fitted with a mirror for safe aiming, and a trigger wire for firing.

Taking its name from the dominant form of warfare at the time, trench art is a form of outsider art made by soldiers, prisoners of war and civilians during war. 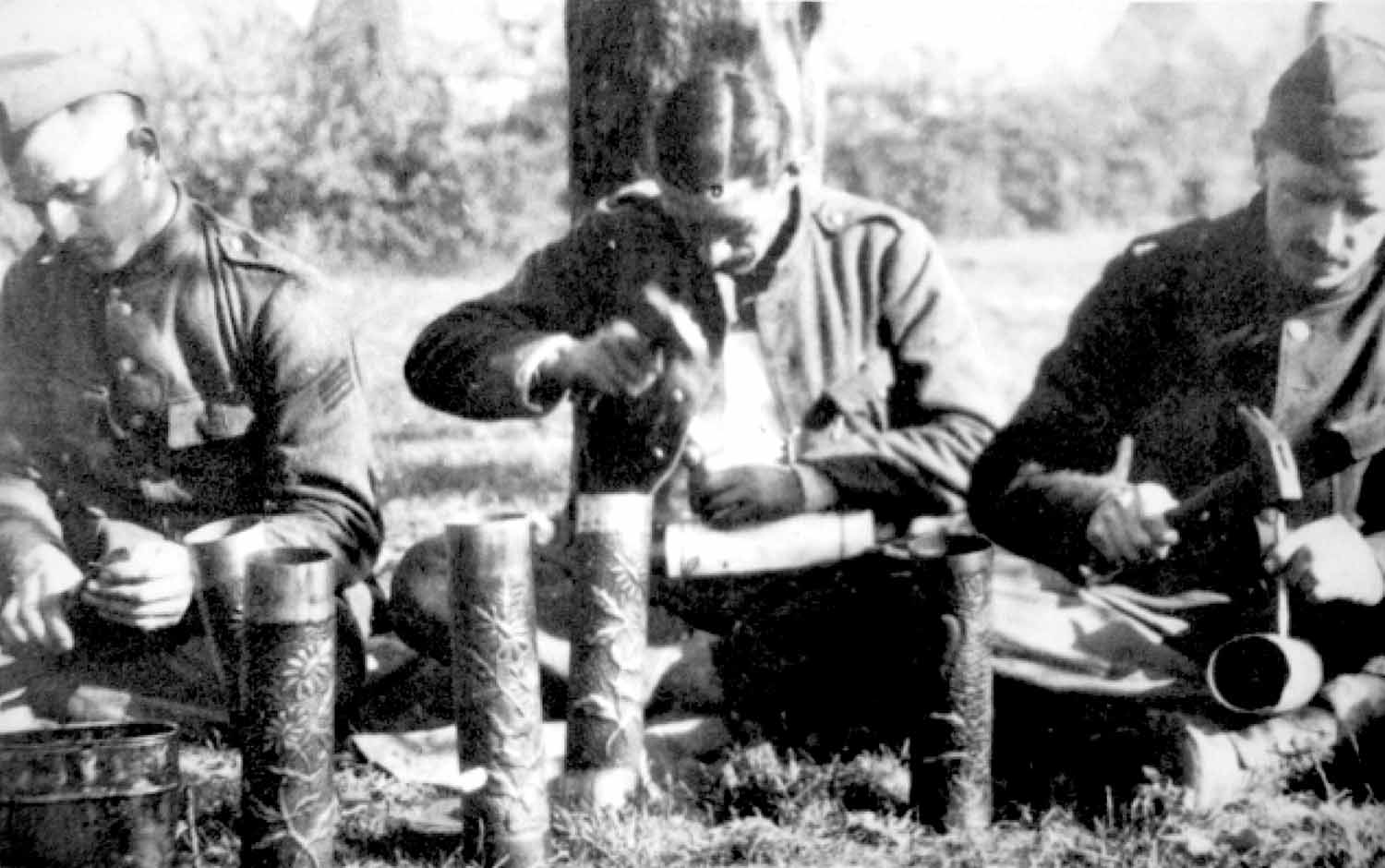 It’s uniquely apparent in trench art what was going on at the time, almost everything is made out of bullet casings!

That makes a lot of sense, soldiers were sometimes up to their ears in bullet casings—literally if they were standing in the trenches. The malleable brass shells would be easy for the soldiers to work with. 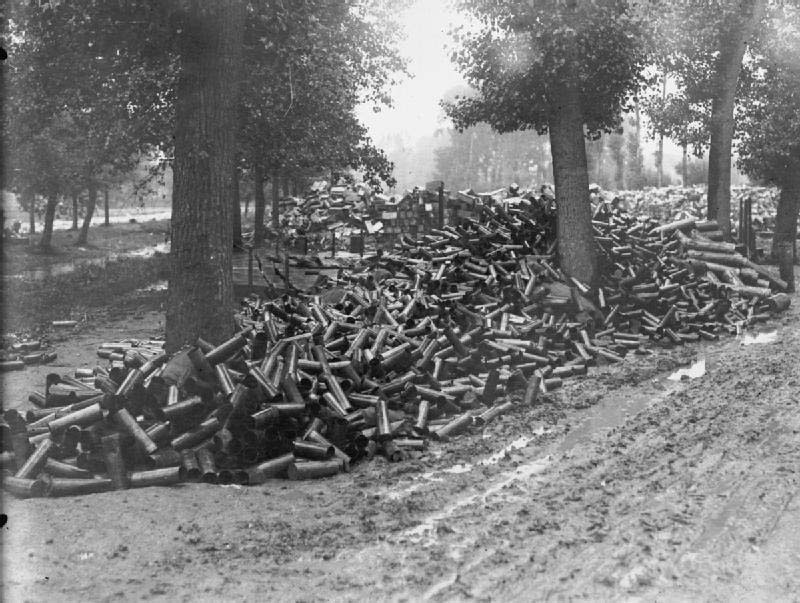 Shell casings dumped by the roadside.

While statuettes and sculptures made from bullets is common, trench art has also often been the product of molded lead, carved bone and wood, and even two-dimensional drawings.

Trench art really can be made from anything, but is easy to spot when it’s made from the tools of war.

Despite the name, trench art isn’t unique just to the Great War; wartime art has been found as far back as the Napoleonic wars.

The term was applied to art produced by prisoners of war as well. Confined with little occupation, sometimes for years, some prisoners would spend their time carving for amusement. 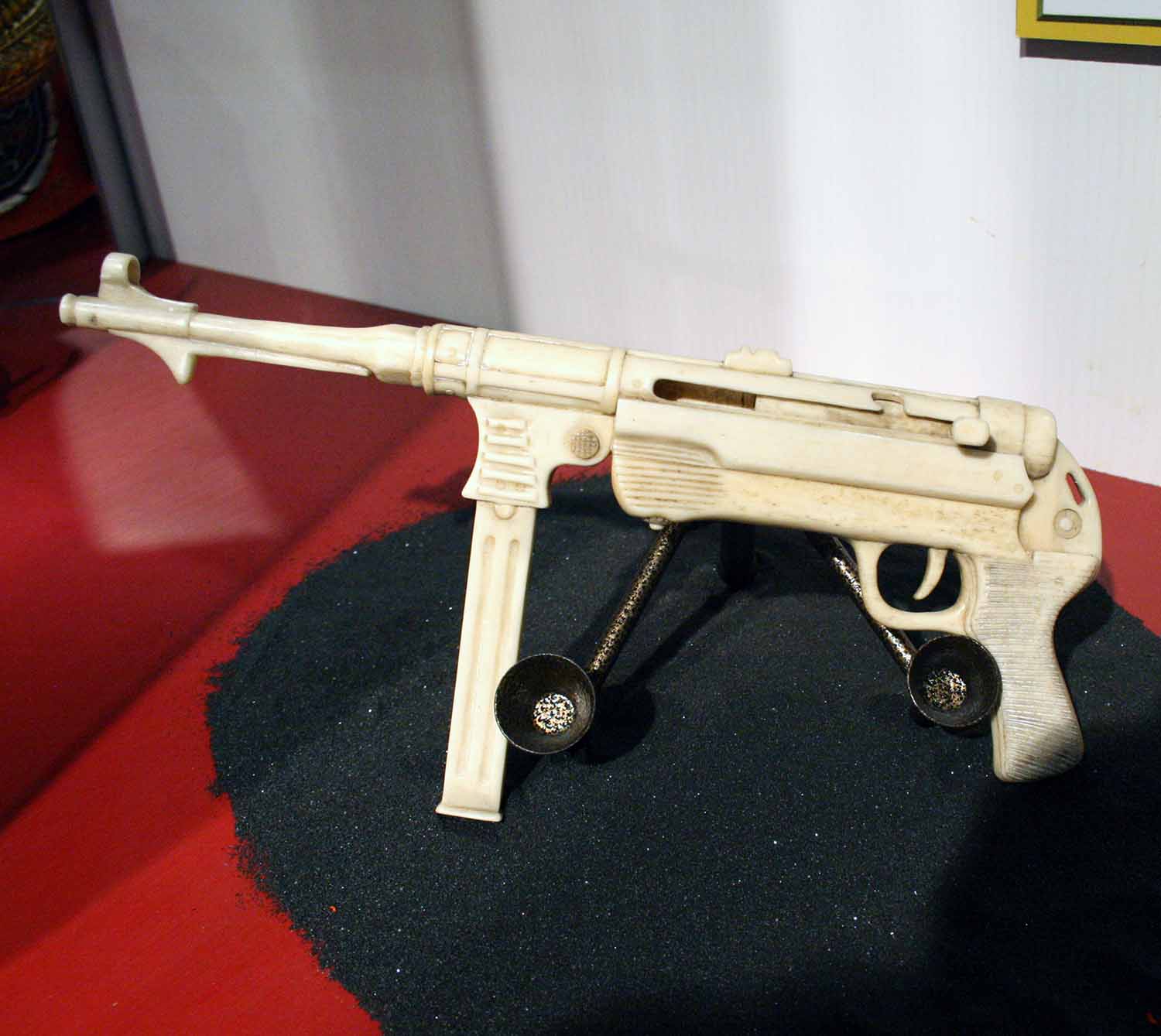 This replica German MP40 machine gun was carved by a German prisoner during World War II.

Not only is it an exquisitely detailed replica, but the breach slides, and the stock is able to be folded, just like on the true weapon.

Today, therapists have been finding success using art to treat many conditions faced by post-war veterans as they return to civilian life.

The Foundation for Art & Healing has found evidence supporting artistic expression as a positive factor in treating post-traumatic stress disorder in veterans.

Perhaps trench art was an early folk remedy for the trials faced by soldiers in the trenches. 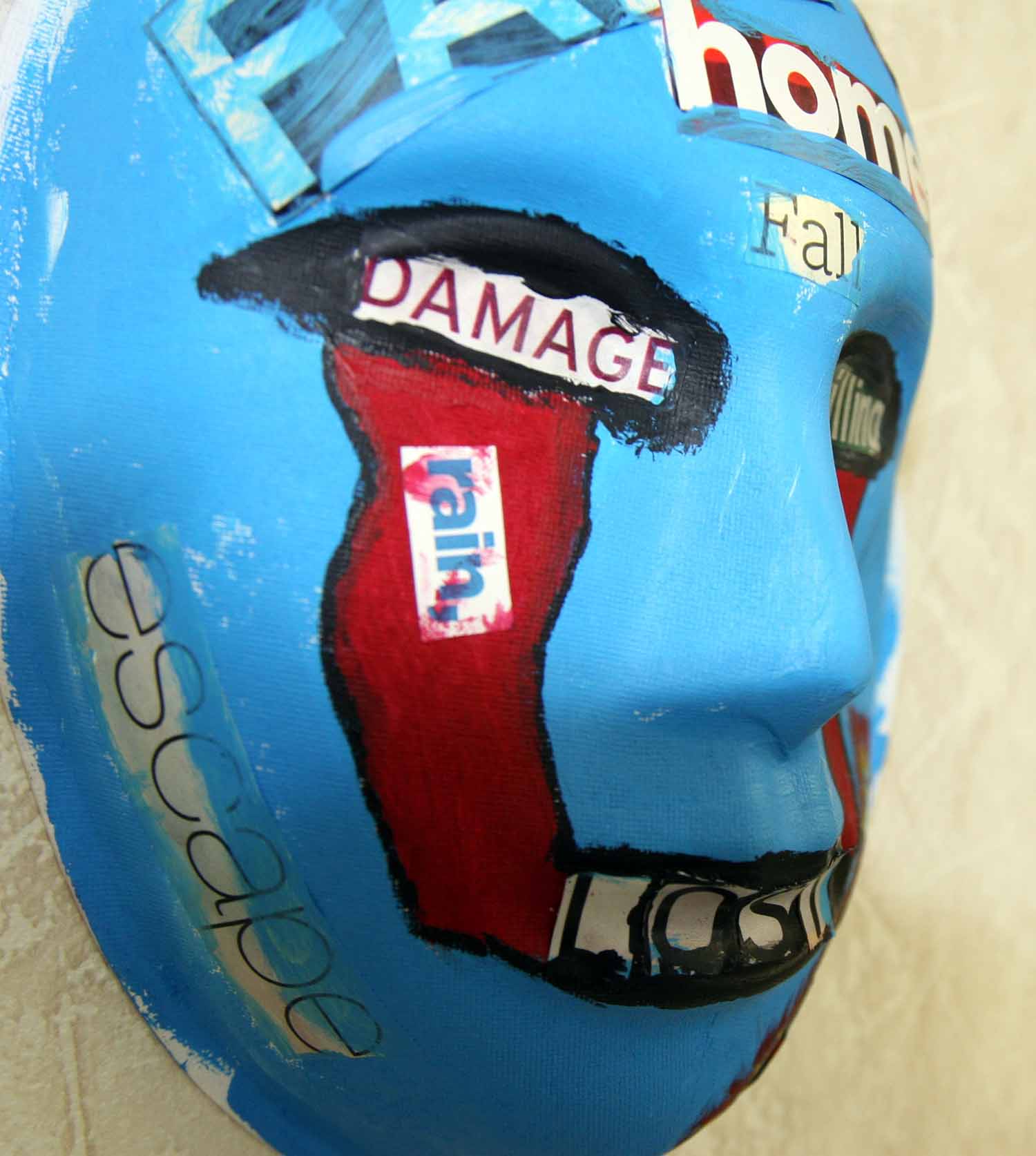