The Hair-Raising Truth About Troll Dolls

The history of the trolls is far more intricate than their fluffy hairdos. And by intricate, we mean mischievous, evil, and terrifying.

From a must-have 90s toy to a blockbuster flick—Trolls are a hit! These little guys and gals were in everyone’s back pocket. Loving, adorable, and, of course, naked—the history of the trolls is far more intricate than their fluffy hairdos. And by intricate, we mean mischievous, evil, and terrifying. Let’s head under the bridge…

During this time at home, there’s no doubt that we have all picked up on a few new hobbies or crafts. From tie-dye to puzzles to even baking our own bread, we’ve all definitely tried something new. And back in the 1950s, a man named Thomas Dam was doing something very similar. This Danish fisherman was often out of work and decided to occupy his time with his talent of carving wood figures!

Like any good dad, he loved carving small gifts for his wife and children. In fact, it was his wife who truly recognized the potential behind his work. She encouraged Dam to take his art out on the town and sell the figures door-to-door. Soon enough, his small at-home hobby became a full-time job! Dam’s work truly took off when he was asked to make a window display for a department store at Christmas time.

One of the characters in this window display was a cute little wooden troll. Passers-by decided to take the term “window shopping” to a literal level and were soon looking to purchase Dam’s little dolls.

By the end of the 50s, Dam had opened his very own factory for these trolls alone! And obviously, with this much production, efficiency was key! Dam transformed his wooden troll carving method over to a far more economical choice—rubber trolls! 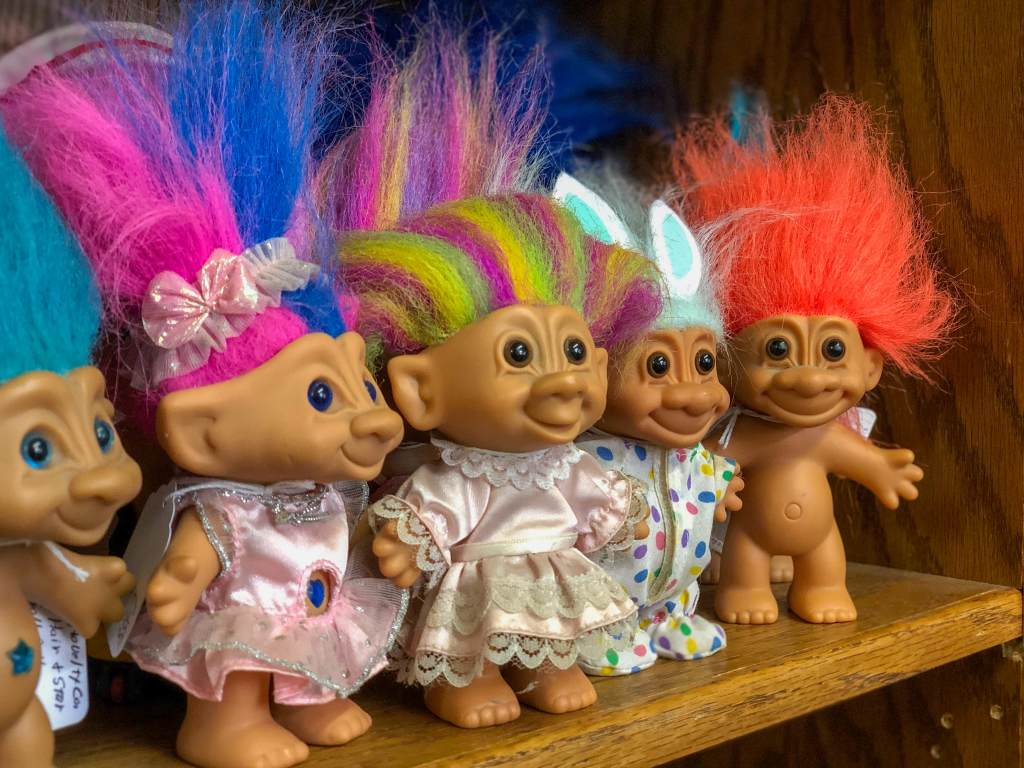 Of course, he stuck to his roots, stuffing them all with wood shavings. Dam was selling more than 10,000 trolls in Denmark each year proving that there was something to be said and done about these friends from under the bridge.

The smiling dolls that Dam created were lovable, adorable, and innocent—certainly the opposite of what trolls were known for in Scandinavian Folklore.

As you know, it’s hard to nail down mythological creatures and stories and their origins, but there are a few common denominators when it comes to trolls. In Scandinavian mythology, trolls dwelled on the edges of society, in dark forests, and under bridges. Unlike the innocence of our pink on-screen troll friend, Poppy, the trolls in this mythology were far more mischievous. They harassed and kidnapped women and sometimes possessed magical powers that they certainly used for evil rather than good! On occasion, trolls were even described as man-eaters. Either way, you wouldn’t want to encounter these menacing creatures on your daily stroll.

Mythological trolls typically were the farthest thing from cute. With their massive noses, unruly hair, and truly disgusting toes and fingernails, Scandinavian trolls were no force to be reckoned with. In fact, the word “troll” means fiend or demon. So, where do our troll dolls come into play?

Dam’s Good Luck Trolls, as they were then known, were inspired by these ugly little creatures who played tricks on humans. Dam transformed their ugly and wrinkly faces of these mythological trolls into those smiley toys at the top of our pencils or in our Happy Meals.

If you really think about it, our dolls with electrified hair and wide eyes could be interpreted as features of terror. But somehow, Dam transformed these scary evil creatures, and their exaggerated features into a doll that’s actually so ugly, it’s cute.

So, there you have it. Before Poppy & Branch were breaking it down to Can’t Stop the Feeling, the trolls from under the bridge were wreaking havoc in Scandinavian Mythology.

The Real-Life Story Of The Boy In The Bubble 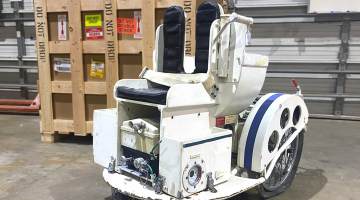