The Fact And Fiction Behind Exorcisms

The ending of The Exorcist? It makes no sense. 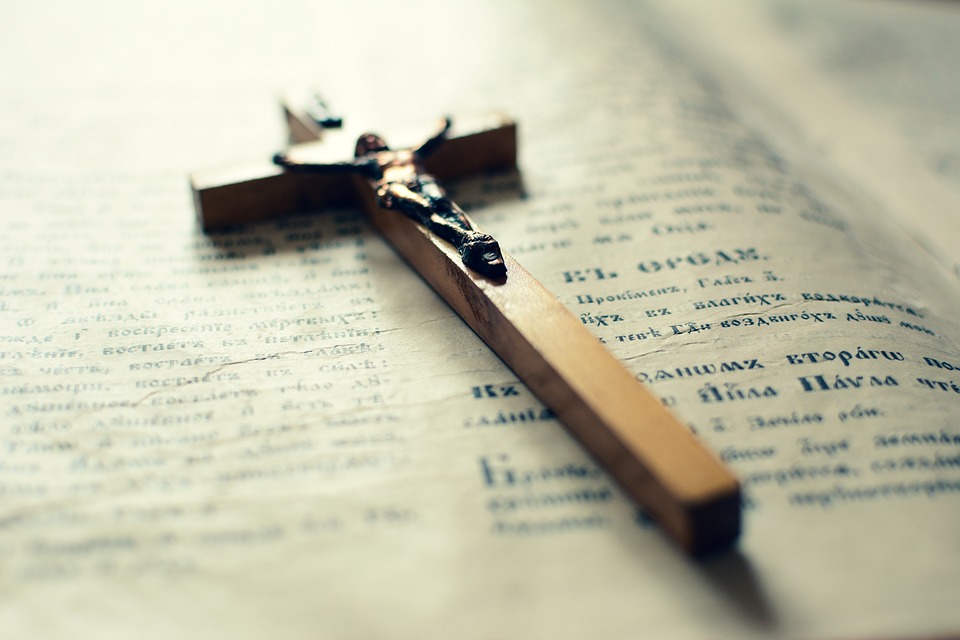 Father Vince Lampert is giving a tour of his latest church as the midday sun shines through its stained glass windows.

“No,” he says in response to a question, waving it away. “Not a chance.”

He’s visibly entertained by what I’ve asked and, because of his profession, I think he’s very qualified to answer. We sit in a pew. The church is quiet and peaceful.

“It just wouldn’t work,” he says. See, our discussion centers on the controversial ending of the movie, The Exorcist. I think Father Lampert would be able to comment on this because he’s a real exorcist.

We’re sitting in St. Michael Church in Brookville, Indiana. For 28 years Lampert has served as a priest in the Indianapolis Archdiocese, and in July, he was transferred to St. Michael. It’s a beautiful church from the 19th century that’s undergoing a total exterior renovation.

For the past 14 years, he’s also served as the exorcist for the Diocese. Trained in Rome, he’s performed six official exorcisms over that time and counseled hundreds of others. He says he gets 1,800 requests for help every year. 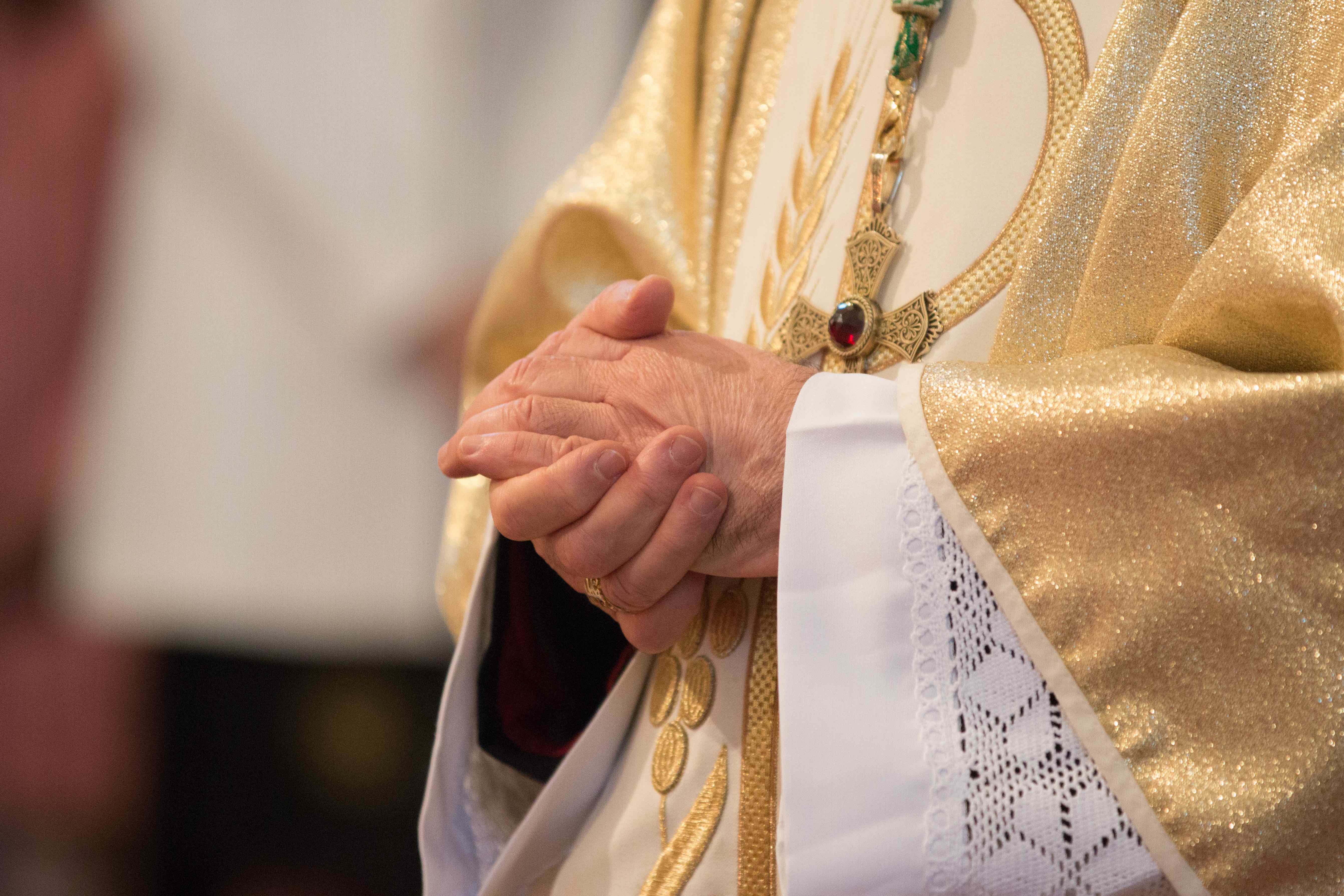 I want to know everything about exorcisms—about what we think we know from the movies and books we’ve read. And more importantly, I want to know what’s incorrect.

But before all of that, I had to ask about The Exorcist movie. I’ve always been a bit torn about what went down at the end of the film. (SPOILER ALERT IF YOU HAVEN’T SEEN THIS 46-YEAR-OLD MOVIE)

Who won? Was it God, because the young priest stole the demon from the girl and threw himself out the window to die, and—I assume—kill the hellacious demon with him? Or was it the Devil, who wound up causing the young priest to do all of this in the first place?

According to Lampert, none of that really matters. While movies tend to get some things right—yes, he’s seen people froth out the mouth, show crazy amounts of strength, and even levitate in this last scene they got it all wrong. With that, here are 10 things we think we know about exorcisms—but we really don’t.

Those seeking exorcisms must first be vetted through a procedure where they undergo physical and psychiatric testing. “Can this person’s problem be explained by the medical health field or by the person’s medical doctor?” Lampert asks. “All explanation has to be explored.”

Those who are possessed are actually normally done so by more than one demon. Sometimes, it could be as many as 10, and each must be dealt with separately, as some are more powerful than others. “It’s always a cluster,” Lampert says. “The weakest (demons) are always the first to go.”

Some people actually turn down help. There is a rigorous process before someone is approved for an exorcism, and only then can Fr. Lampert advise whether an exorcism should be performed. But, some turn down the advice. “You can’t perform an exorcism on somebody against their will,” he says. “(They think), ‘If I do this, will this get worse?’ It’s like surgery, you hope the pain you go through is short-term.”

People can become possessed through any number of, what Lampert calls, “entry points.” These could be as simple as inviting a demon into you or experimenting with an alternative religion. “How did evil enter into this person’s life?” he asks. “The average person, if you’re going to church and you’re praying … the Devil’s already on the run.”

One thing every movie always gets wrong is location. An exorcism must take place at a sacred space, a chapel, or a church. It would never take place in a house or someone’s bedroom. “The Devil doesn’t get to decide where he’s going to be defeated,” Lampert says.

No one besides religious personnel would ever be welcome in the room with the possessed. “The Priest determines who will be present,” Lampert says. “Obviously myself, the one who is afflicted, a family member or two of the person. There’s no such thing as Exorcism Tourism—no one is just there out of curiosity.” However, Lampert also says he will never meet alone with the afflicted. For example, he will always bring another priest with him.

These things take time. Lampert says he’s seen exorcisms take as long as five years, where the possessed make regular appointments to come see the exorcist, as they would a psychologist. The hope being that the demon weakens over time.

Exorcists must follow a strict ritual of prayer. There would never be any ad-libbing. “Stick to the ritual of the church,” Lampert says. “Don’t ad-lib. Don’t ask unnecessary questions. Then you’re allowing the evil spirit to control the session, if you will. The exorcist needs to be the one in charge.”

Lampert says very few requests actually result in exorcisms. Some have psychological or physical problems. Only one in 5,000 require exorcisms.

Back to the ending of The Exorcist—it makes no sense, he says.

“If you think about it, if this were the way it worked, every exorcist would only perform one exorcism,” Lampert says, laughing.

What he means is, they would always die at the end. So, you can’t just take the demon from a person and transfer it into you?

“I don’t have any special powers or abilities. If we’re relying on me, we’d all be in trouble,” he says. “If we’re relying on the power of God, that’s where we need to be. Exorcism is always a matter of faith. (We) help a person connect or re-connect with God.”

Listen to the full interview with Father Vincent Lampert in Episode 4 of Ripley’s Believe It or Notcast. 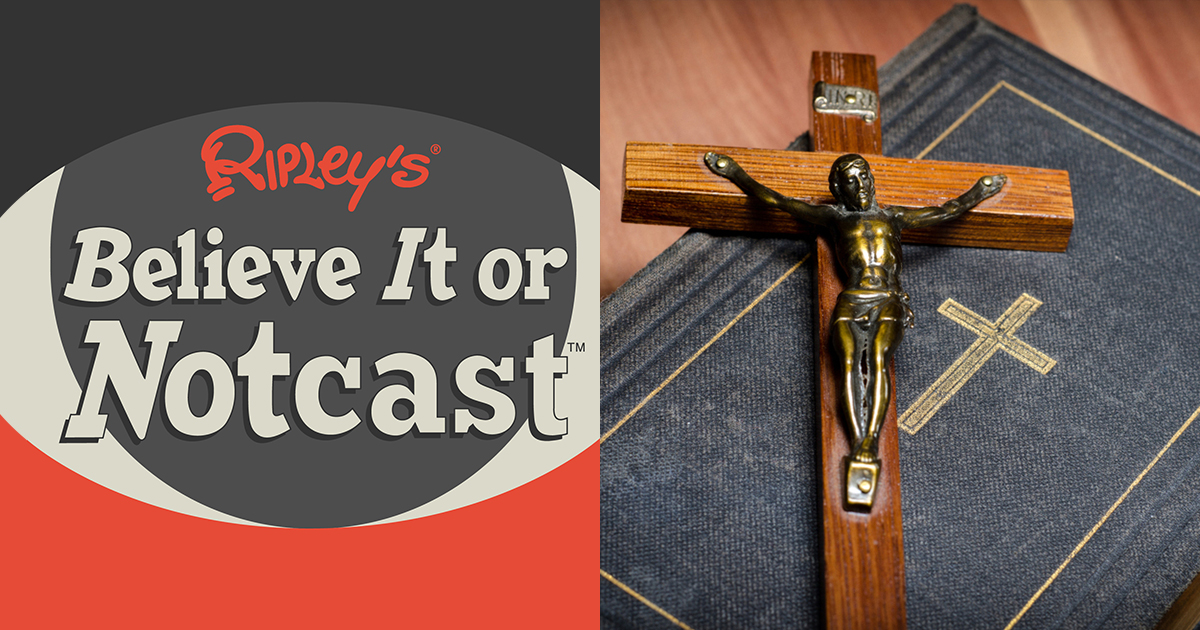 By Ryan Clark, Contributor for Ripleys.com