Tsunami Stones: Warnings from Antiquity Can Still Save Lives

During the 2011 tsunami disaster, one stone marked a boundary just 300 feet from where dangerous waters flooded. 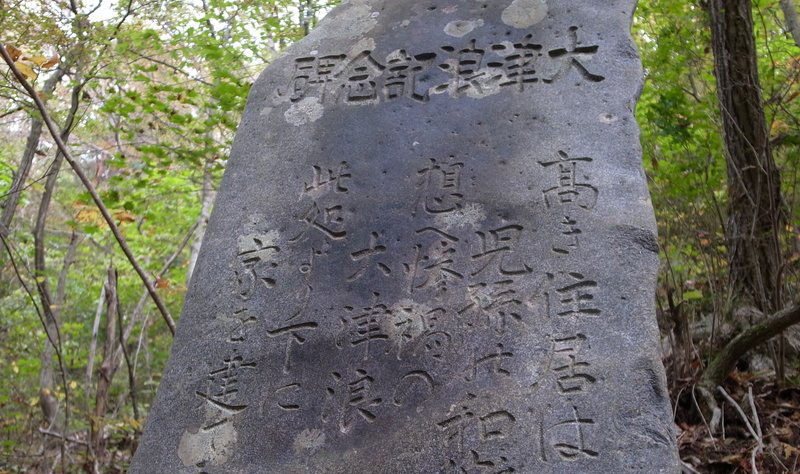 Every place has something about it that makes living there unique, or downright horrifying. In ocean-side, tropical climates, you have the occasional hurricane. In flatland, there are regular tornados. In California, earthquakes are the norm. They’re all natural disasters, but the people in these parts of the world learn to live with them as best they can. You prepare when you know one is coming, and you hope this instance won’t be the worst one yet.

In Japan, residents contend with earthquakes, but those quakes often lead to something just as worrisome: tsunamis. While technology is still being worked out to help protect Japanese villages from these disasters, some of the most effective protections seem to be some of the oldest.

Dotted around the island are these ancient stones. Carved into the stones are warnings and information pertaining to tsunamis. Warnings such as:

“High dwellings are the peace and harmony of our descendants. Remember the calamity of the great tsunamis. Do not build any homes below this point.”

Ancient cultures knew that higher ground was safer when it came to dealing with tsunamis. They knew this because they had experienced the devastation of this phenomenon first hand. In an attempt to stop future generations from also having to experience it, they set up warnings.

Not all of the warnings are about where to or where not to build homes. Some of the tsunami stones serve simply as reminders of past disasters. Some of them are so old that the writing etched into the surface has faded away.

Small older villages like Aneyoshi on the northeastern coast continue to heed the warnings of the tsunami stones. But as populations rise and the economy booms, more residential space is needed.

In March of 2011, Japan saw one of the worst tsunamis in its history. The people of Aneyoshi village were safe. The waves stopped just 300 feet below the warning stone. But a lot of people in the villages closer to shore who were relying on sea walls to protect them weren’t so lucky.

“It takes about three generations for people to forget. Those that experience the disaster themselves pass it to their children and their grandchildren, but then the memory fades.” -Fumihiko Imamura, professor in disaster planning at Tohoku University

Previous post In Stockholm, You Can Hire a Bread Babysitter