The Mysterious and Explosive Tunguska Event in Northern Russia

Tremors were felt in the United Kingdom!

On June 30, 1908, the forest near the Tunguska River in north Russia exploded.

“The sky was split in two.”—local observers

Thankfully occurring in an uninhabited area, no humans were hurt, though the scorched remains of many reindeer were found. The explosion, however, is thought to be the most powerful impact force in recorded history. 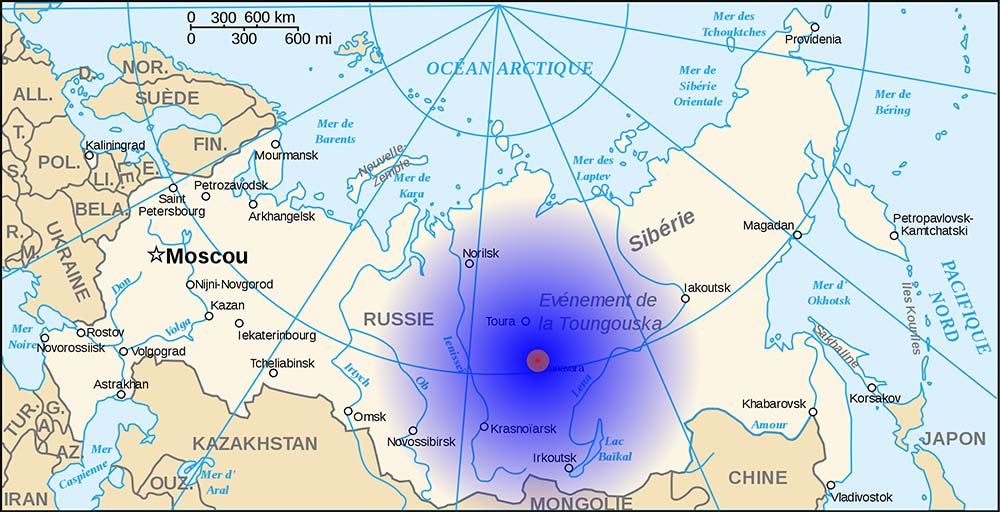 Interrupting the tranquility of the isolated forest, 80 million trees fell in an instant. The explosion is estimated to have released 185 times more energy than the atomic bomb dropped on Hiroshima and leveled 770 square miles.

Windows 40 miles away shattered as eyewitnesses watched a giant fireball rise over the horizon. Light was reported to be visible as far away as the United States, and seismic waves were felt in the United Kingdom.

As the explosion shook the world, scientists sprang into action to identify the cause of the calamitous Tunguska event.

Scientists on the scene noted that the explosion most likely originated from a single epicenter, noting that all of the trees were knocked over in a concentric pattern.  One researcher noted a peculiarity at the center, observing that the trees hadn’t been knocked over, but had instead been stripped of their bark. 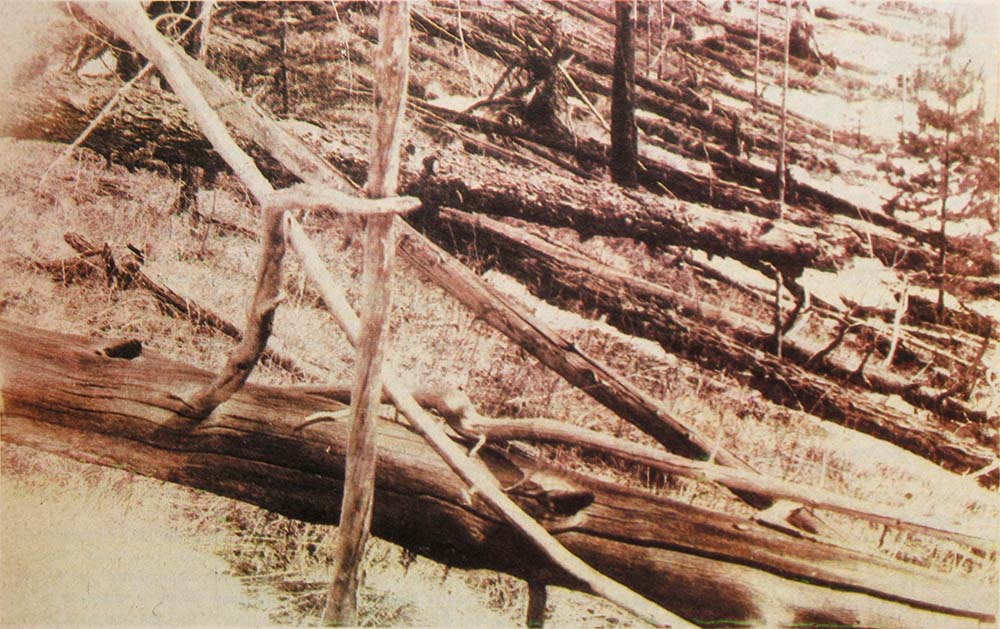 It wasn’t until 1929 that an expedition would reach the remote location of the destruction. Leonid Kulik, a Russian mineralogist suspected a meteorite was to blame for the whole phenomenon.

The locals had other ideas, they feared that the Siberian god, Ogdy, had rampaged in the forest. Kulik even had trouble convincing guides to take him all the way to the forest, as they feared supernatural danger.

After reaching the center of the catastrophe, Kulik found no crater. Noticing there were several concentric lakes in the area, he reasoned that the meteorite had exploded before touchdown, but after draining a bog and finding nothing but an old tree, he was stumped.

Many theories have since been hatched to explain these seemingly strange events, but the area wasn’t able to be studied closely due to its location. Some believe that the damage was caused by a crashing U.F.O. that left before it could be discovered, thus explaining the absence of a crater. Others think that an alien spaceship may have intervened and blown up a dangerous meteorite in order to protect the human race.

Some astronomers offered that a small comet would have left little evidence as its icy mass melted away. Geologists theorized that a plume of natural gas may have been ignited. Historians have even noticed similarities to the blast patterns exhibited by Soviet nuclear models—both leaving a butterfly-shaped burn pattern.

The most likely explanation, the bursting of a meteorite in the atmosphere was eventually given more credit as modern scientific techniques have been able to detect trace amounts of extra-terrestrial minerals in the ground and trees of the Tunguska event site. Likewise, similar meteor behavior was observed during 1930 in Brazil, and again in Russia in 2013. 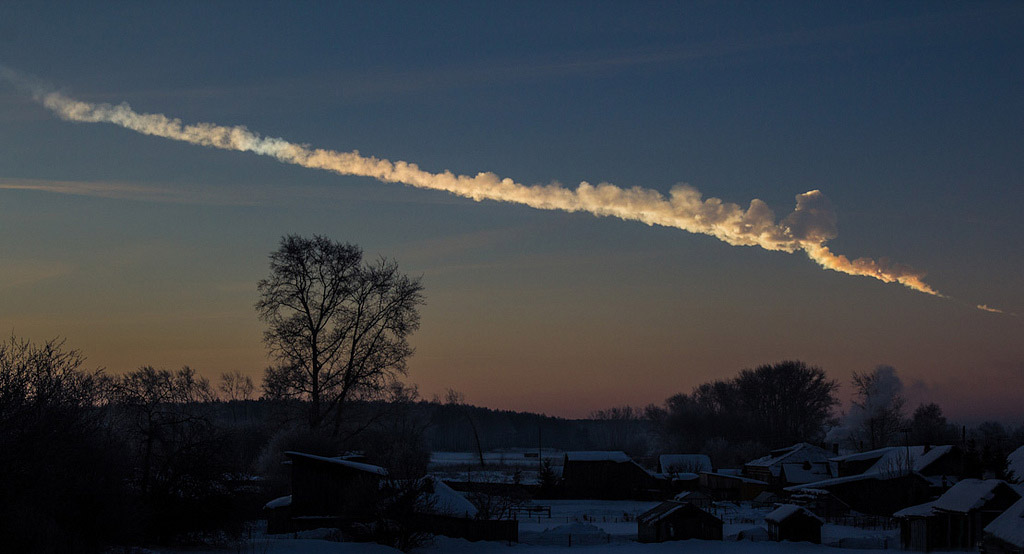 Next post Cheese Before Bed Will Not Give You Nightmares