Born with two faces, Frank and Louie, set a world record by living to the age of 15. Sadly, our favorite two-faced feline passed away late last week.

You Lived a Good, Long Life

Despite being born with two faces, two mouths, two noses and three eyes, Frank and Louie, set a world record by living to the age of 15. Sadly, our favorite two-faced feline passed away late last  week.

Frank and Louie were lucky that though both noses worked, only one mouth did. The non-functioning mouth wasn’t connected to his esophagus, meaning that he couldn’t eat with it.

According to Frank and Louie’s owner, Martha Stevens, the cat started to appear sick around Thanksgiving. She brought the kitty to a veterinarian who said Frank and Louie were battling cancer.

Watch the video to learn more about Frank and Louie. 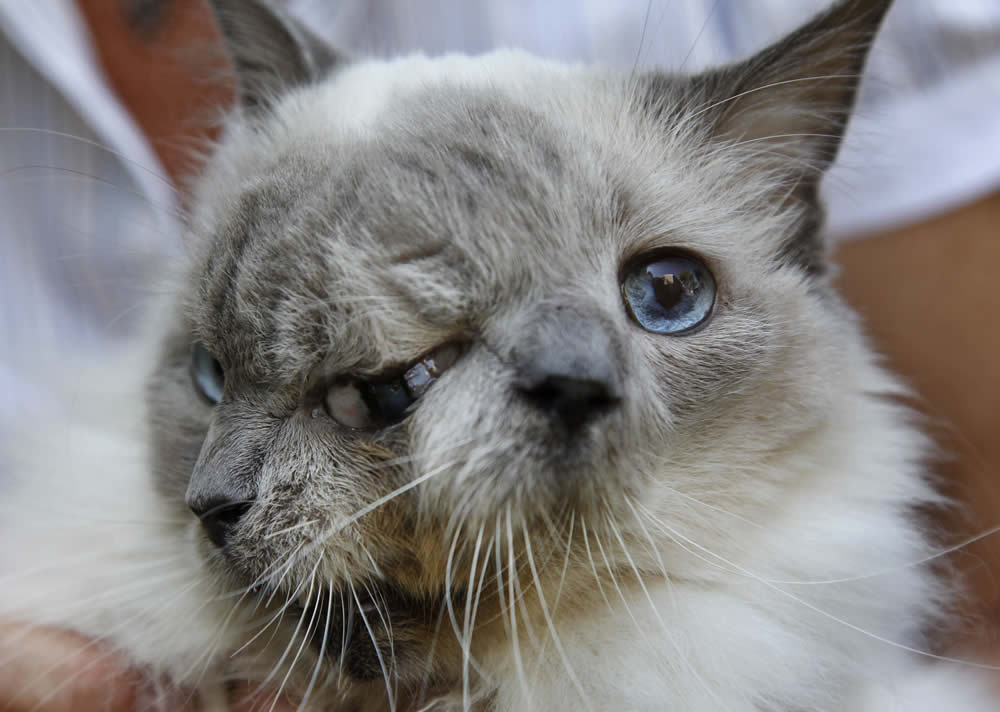 When Martha first brought Frank and Louie home in 1999, she was told they wouldn’t live more than a few days. 15 years later, she is thankful for the time she had with them.

When asked if she would raise a rare Janus cat again knowing about their health problems, she replied, “I would love to do it again.”

Frank and Louie were featured in our 2013 book, Download the Weird. He is a member of the Ripley family, and we will miss him.