The 23-year-old discovered his unique talent when he was 11 years old and successfully balanced a bat on his nose while he was bored at baseball practice. After some experimenting and practice, he soon found out that if he can lift it, he can balance it!

When asked by Ripley’s what his favorite thing to balance is, Tyler told us “sunglasses…or babies sitting on chairs!” Believe It or Not!, he has never been injured or dropped anything!

A delicate balance of old and new, Tyler is like a blast from Ripley’s past! The images below were sent in to Robert L. Ripley himself to support contributors’ claims, and used as image references for the Ripley’s Believe It or Not! cartoon. 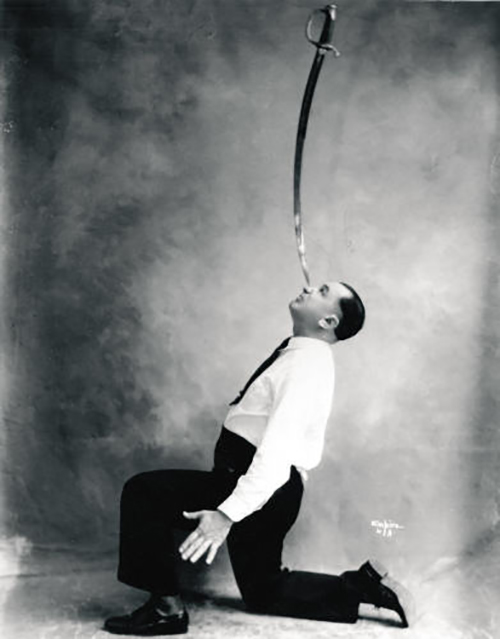 Joe Horowitz could balance an 18-pound saber on his nose. Billed as the “Man with the Iron Nose,” he performed his acts in theaters near Los Angeles in the 1930s. 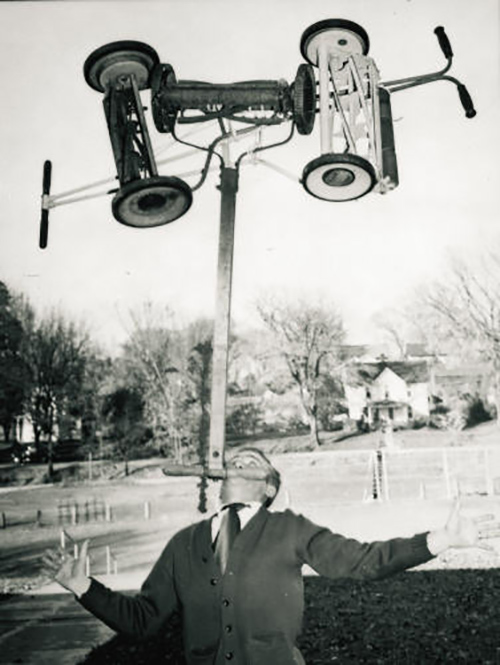 Lawn mower hoister Robert Dotzauer of Lison, Iowa, although crippled in one leg, could balance three heavy iron mowers on his chin—a total weight of 150 pounds (Dotzauer only weighed 145)! 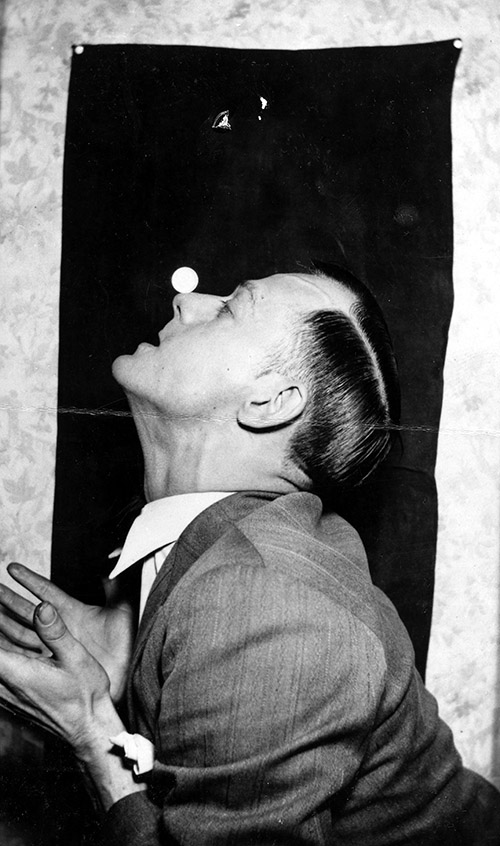 Robert Fern of Dallas, Texas, could balance a quarter on his nose for half a minute!

Next post Elephant Graveyards: The El Dorado of Africa

Previous post This Snake Covered Statue Will Leave You Awestruck!