There’s a Typo on the Lincoln Memorial

The engraver tried to fix his mistake by filling the letter in. 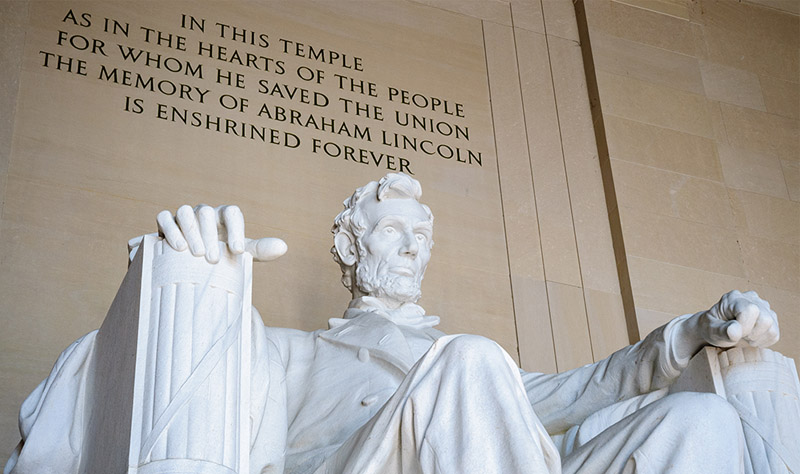 If you look closely at Lincoln’s Second Inaugural Address carved into the North wall of the Memorial, you’ll notice a slight typo to one of the letters. 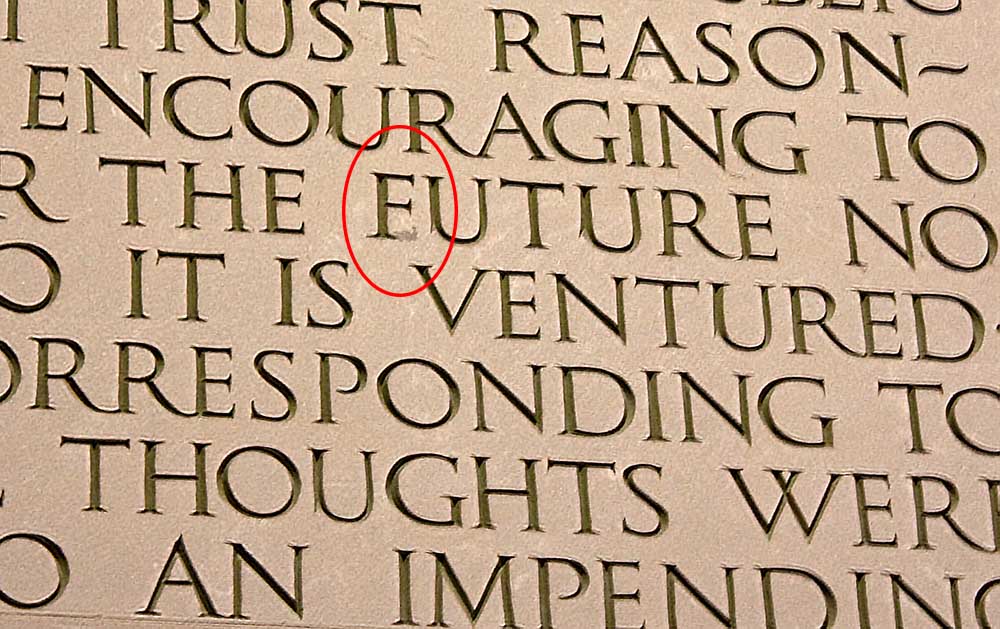