Did You Know…Unbelievable Baseball Facts

In honor of the Ripley's Oddball exhibit at the Louisville Slugger Museum, we present a few weird Baseball facts from the Ripley's archive!

Ripley’s and the Louisville Slugger Museum have opened a brand new exhibition! It’s called Ripley’s Believe it or Not! Oddball, and it’s full of never before seen Ripley’s art, baseball oddities, bizarre ballpark food, and more!

In honor of this unique event, we’re sliding into home with months of baseball themed blog posts!

Foul balls and home runs are a natural part of the game. While home run balls generally go over the back fence instead of into the stands, foul balls are likely to find their way towards spectators. But as often as a foul ball might head towards you, did you know the odds of a fan being hit by a ball while at a major league game are 300,000 to one? 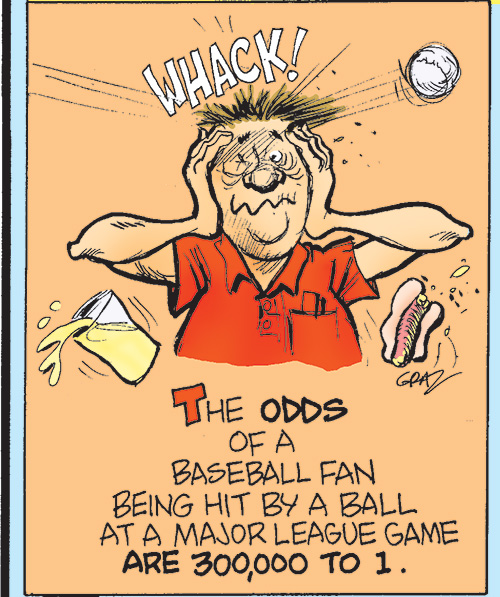 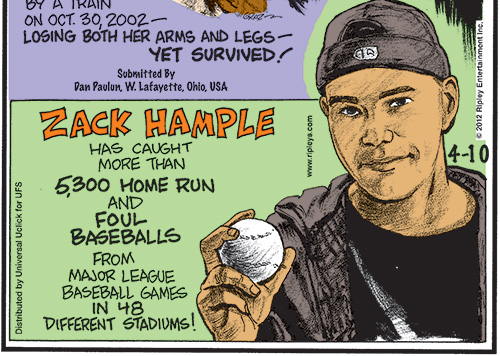 If you happen to be at a game where a ball comes flying towards your head, hope you’re sitting near Zack Hample, who has caught more than 5300 home run and foul baseballs from major league games in 48 different stadiums.

The umpire in baseball is the person charged with officiating the game and enforcing all the rules. It’s a hard, grueling, and ultimately thankless job. But did you know that before 1859, umpires sat behind home plate in rocking chairs? Considering how much they get yelled at and called names, it only makes sense that they’d be offered some comfort. 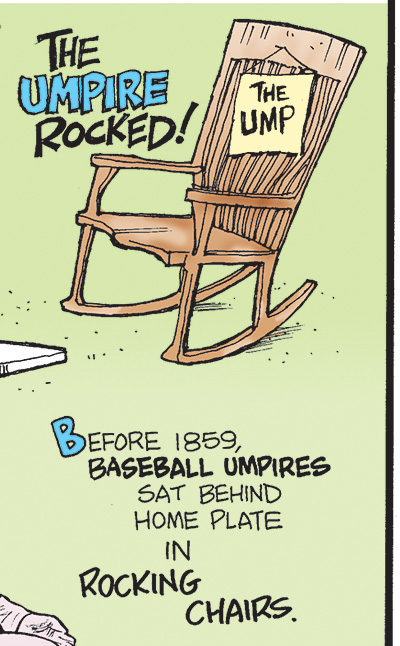 Because he played in both the Super Bowl and the world series, Dion Sanders is considered, by some, to be one of the better athletes in history. But is he when compared to Dave Winfield?

Baseball Hall of Famer, Winfield was drafted by the NBA’s Atlanta Hawks, the NFL’s Minnesota  Vikings, and the MLB’s San Diego Padres in 1973!

He joined the Padres of course, and went on to have a hall of fame caliber career, so you can only imagine how great he could have been at each of those sports.

Check back with us for more Ripley’s inspired baseball coverage as the Oddball exhibit continues!