Held in 1967, the first Super Bowl did not feature a star-studded musical concert, but it DID have two men flying around in jet packs. 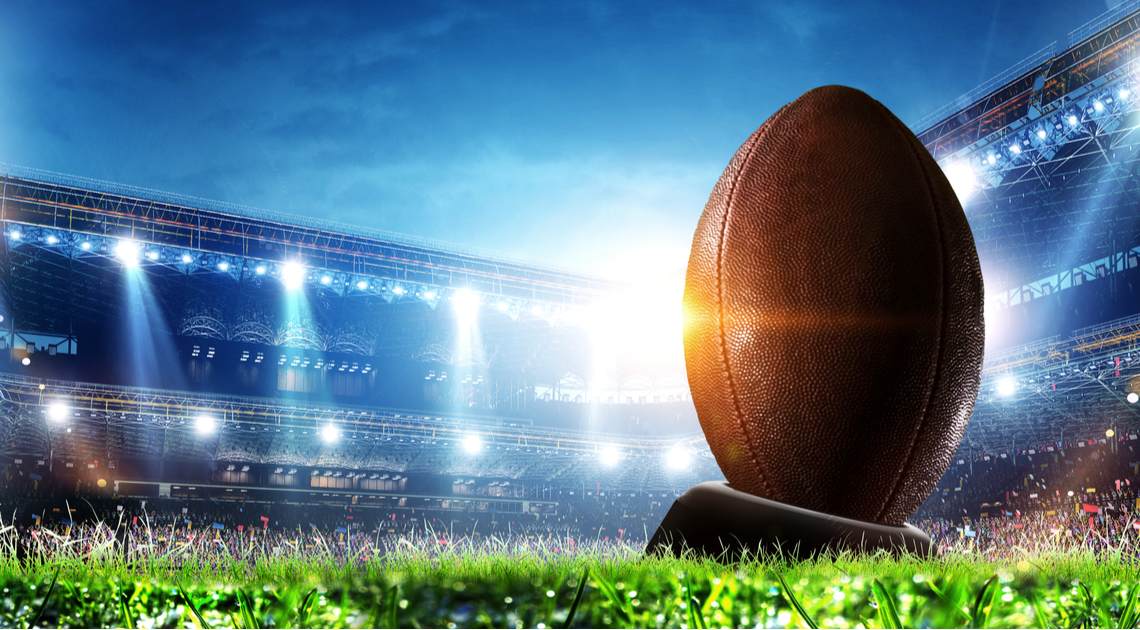 It may be the biggest sporting event of the year, but there’s so much more to this grand spectacle that draws in millions and millions of viewers. Every February, friends and family gather to watch the two best teams in the NFL battle it out for the victorious title of “Super Bowl Champs.”

However, there is so much more to appreciate beyond just the sport itself: the commercials, the National Anthem, and of course, the famous halftime show. We’ve rounded up some of the most bizarre facts, feats, and, well, some fails, in Super Bowl history.

The first Super Bowl featured jet packs as part of the Halftime Show.

Held in 1967, the first Super Bowl did not feature a star-studded musical concert during its halftime show, but there were two rocket men from Bell Aerosystems with jet packs. They filled the retrofuturistic devices with hydrogen peroxide and launched themselves 100 feet up into the air. Let’s get this back on the halftime show schedule, stat!

Our very first Super Bowl was played 55 years ago today at the LA Coliseum.

What can $6 get you? Apparently, a Super Bowl ticket!

Yes, that’s correct. The first Super Bowl ever was attended by 61,946 people and those football superfans paid a mere six dollars per ticket! (Granting them access to that rocket-powered halftime show mentioned above.) This battle between Green Bay Packers and Kansas City Chiefs wasn’t shown on television. It only lives on one tape that was taken by a stadium employee that’s now stored in a vault.

During 2013’s Super Bowl XLVII, stadium goers were caught off guard by a spooky blackout.

In the third quarter, the Louisiana Superdome faced a poorly timed power outage that delayed the game for 34 minutes. The Baltimore Ravens were leading the San Francisco 49ers 28 to 6 as the stadium power shut off, with only auxiliary power keeping the field and concourses from total darkness. It was speculated to have been caused by Beyonce’s killer halftime show (worth it), but was later determined as an abnormality in the power system.

A 3D Elvis-impersonating magician graced the Super Bowl stage in 1989.

During Super Bowl XXIII in 1989, an Elvis impersonator known as Elvis Presto performed the world’s “largest card trick” in 3D while a nation watched at home in cardboard glasses. To make it even weirder, Coca-Cola and NBC also pronounced this spectacle as the world’s “largest eye exam.” They warned viewers that if the effect didn’t work, it might be a sign to see an optometrist. So, we’ll let you decide, who was the real winner here — the 49ers or Elvis Presto?

The man, the myth, the legend, Tom Brady, recently announced his retirement from the NFL. Through all the ups and downs, the seven Super Bowl rings, and the stolen jerseys, there’s no doubt that Brady’s been through a lot. Following the big game in 2017 between the New England Patriots and the Atlanta Falcons, Brady’s iconic #12 jersey suspiciously disappeared from the locker room. It was later found out through a long-term investigation that a newspaper editor with media credentials was the culprit.

When “Left Shark” stole the show…

In the 2015 Super Bowl XLIX, Katy Perry performed a halftime show that left viewers talking. Although, they weren’t talking about Perry’s performance. They were talking about one of her dancers dressed in a giant shark costume who didn’t quite understand the moves. He wasn’t in sync with the other dancers, and instantly became the internet’s favorite meme. Watch this shark flail his way to fame below!

Crazy enough, the Buffalo Bills played in four back-to-back Super Bowls and unfortunately also lost all four in the early 1990s. If you’re wishing your team was in the championship game this year, just remember at least you didn’t lose four in a row (unless you’re a Bills fan, in which case we apologize for bringing it up).

To set the scene, it was the fourth quarter of 2017’s Super Bowl LI with less than three minutes to play. The Patriots were down by 8 points to the Atlanta Falcons after one of the greatest comebacks in Super Bowl history. Tom Brady threw downfield towards wide receiver Julian Edelman. Three Falcons players were closing in on him when the ball tipped off one of their hands. Edelman quickly reacted, diving to catch the football while Falcons players piled up around him. The ball bobbled, but Edelman kept control of the ball and the refs ruled it a catch!

We’ll be keeping our eyes out for those future unbelievable sports moments that only happen during the Big Game. Submit the wildest sports facts and stories you know here on our website!

Previous post How Pepsi Came To Own A Soviet Naval Fleet