For over 50 years people have been fascinated with the circumstances and mystery surrounding the assassination of the 35th President of the United States, John Fitzgerald Kennedy. Today we unbox the bedroom set of Lee Harvey Oswald, the man accused of assassinating JFK.

For over 50 years people have been fascinated with the circumstances and mystery surrounding the assassination of the 35th President of the United States, John Fitzgerald Kennedy. Today, we unbox the bedroom set of Lee Harvey Oswald, the man accused of assassinating JFK.

John Fitzgerald Kennedy was only 46-years-old when on November 22, 1963, he was tragically shot while traveling in a presidential motorcade. Ripley’s has long been fascinated with the Kennedy assassination. Throughout the years, we’ve picked up a few interesting items.

We acquired the mortician’s toe tag of Lee Harvey Oswald directly from the Oswald family via Herman Darvick Auctions of New York in 1994. Shown here is the actual identification toe tag signed by the doctor, nurse, and mortician. A lock of Oswald’s hair clipped by the attending nurse is also affixed to the tag. The tag is currently on display at our San Antonio Odditorium.

We also own the machine used to embalm Oswald. We have a Letter of Authenticity for each item by the Funeral Director, Allen Baumgardner, who assisted on Oswald’s embalming. 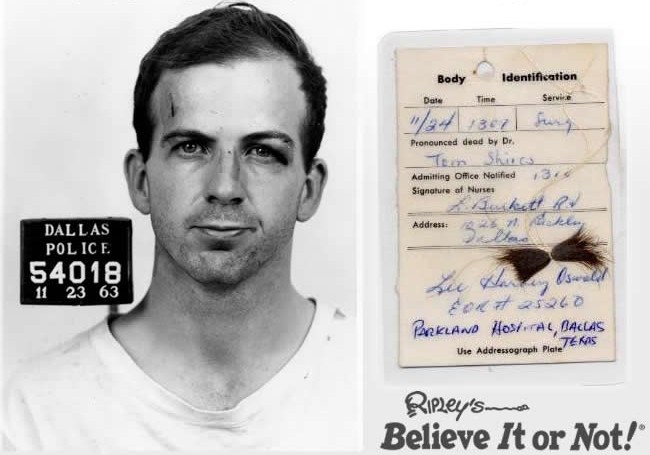 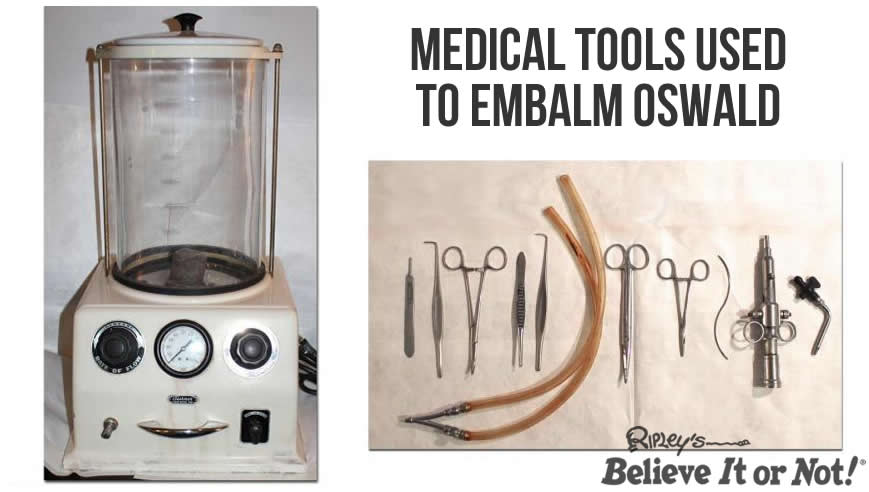 Medical instruments used in the embalming of Lee Harvey Oswald

But Perhaps the Strangest…

One of the strangest items in or collection is the bedroom set of Lee Harvey Oswald. Oswald lived in many locations around the Dallas and Irvine Texas areas months leading up to the assassination of JFK. We acquired this bedroom set from the St. Augustine, Florida’s Tragedy in US History Museum after they closed their doors in 1998. The bedroom set has been shelved in our warehouse ever since, never having gone on display – until today. 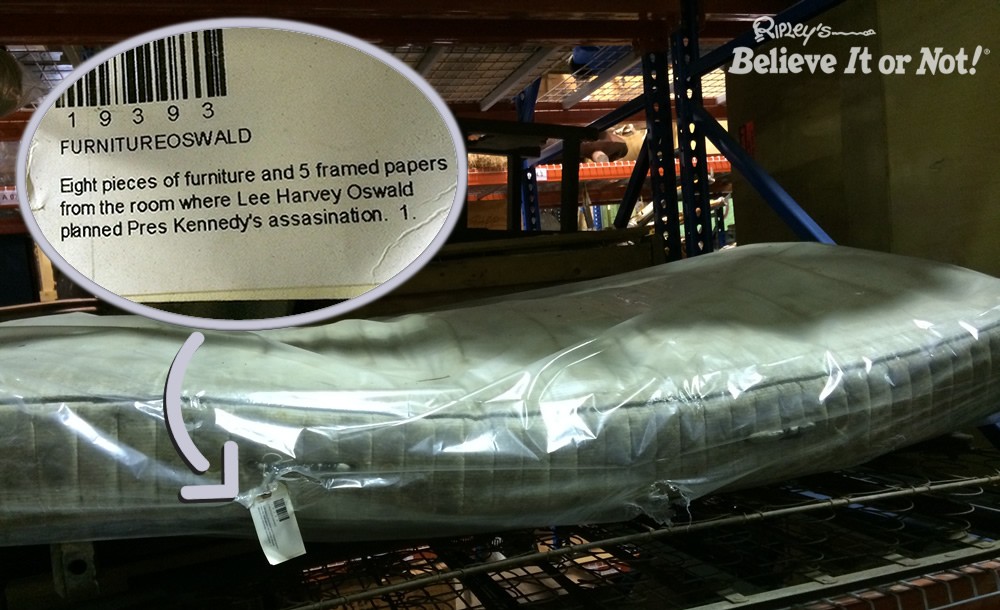 This bedroom set’s owner is actually Mary Bledsoe who rented the room to Lee Harvey Oswald for just one week a month and a half before the assassination. 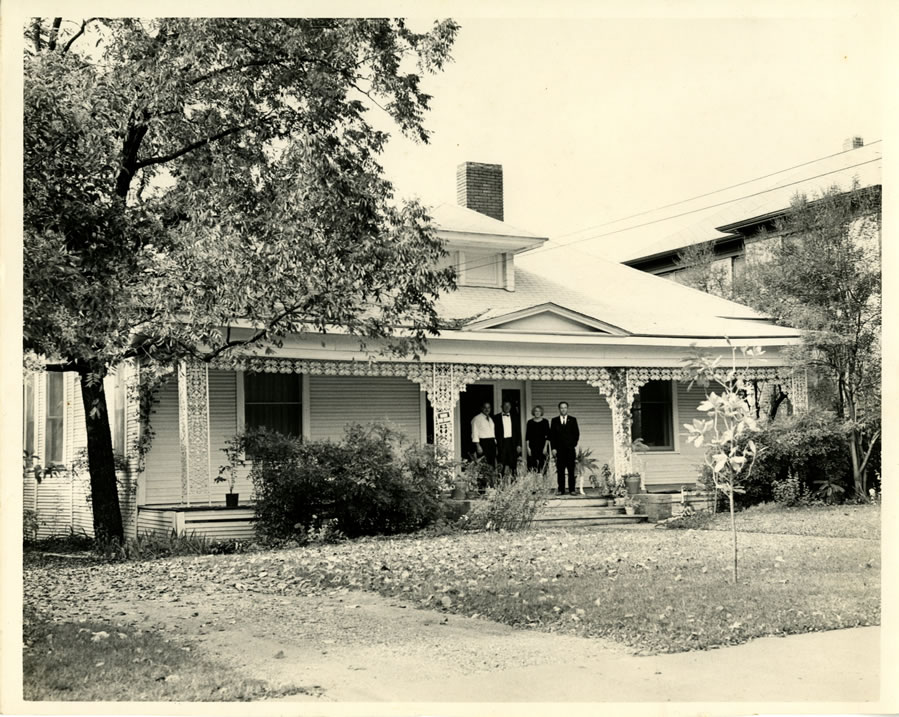 Home of Mary Bledsoe at 621 N Marsalis Avenue in Dallas 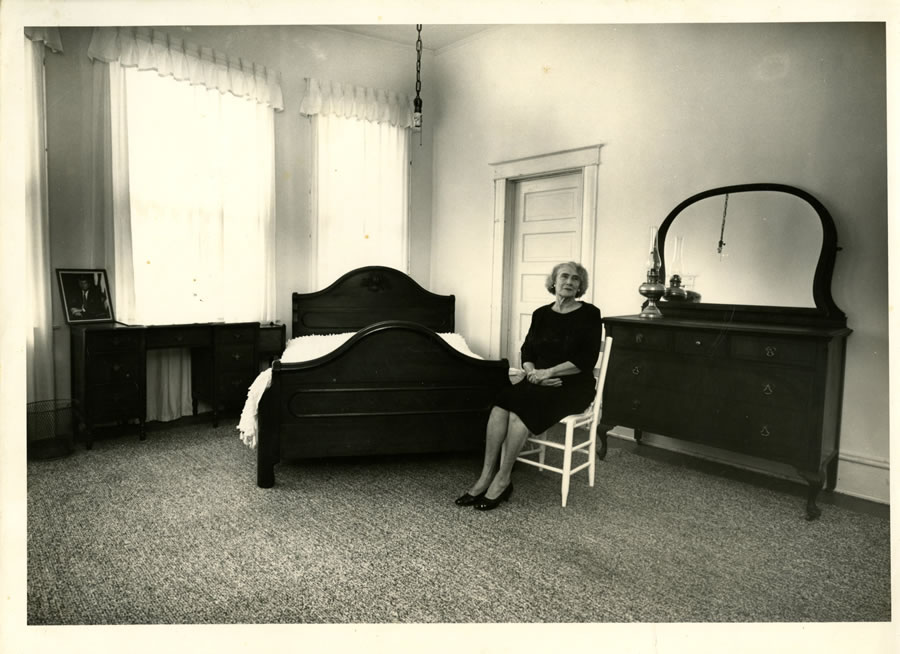 At first, Mary had no issues with her new tenant.

At first, he seemed very nice, clean, very neat in the way he kept his room and dressed.

But very quickly her opinion changed.

Being an elderly woman in her sixties, she became fearful of her new tenant and asked him to leave. She did not see him again until a month and a half later, on November 22nd…the day of the assassination…stating that he looked excited, nervous and startled. 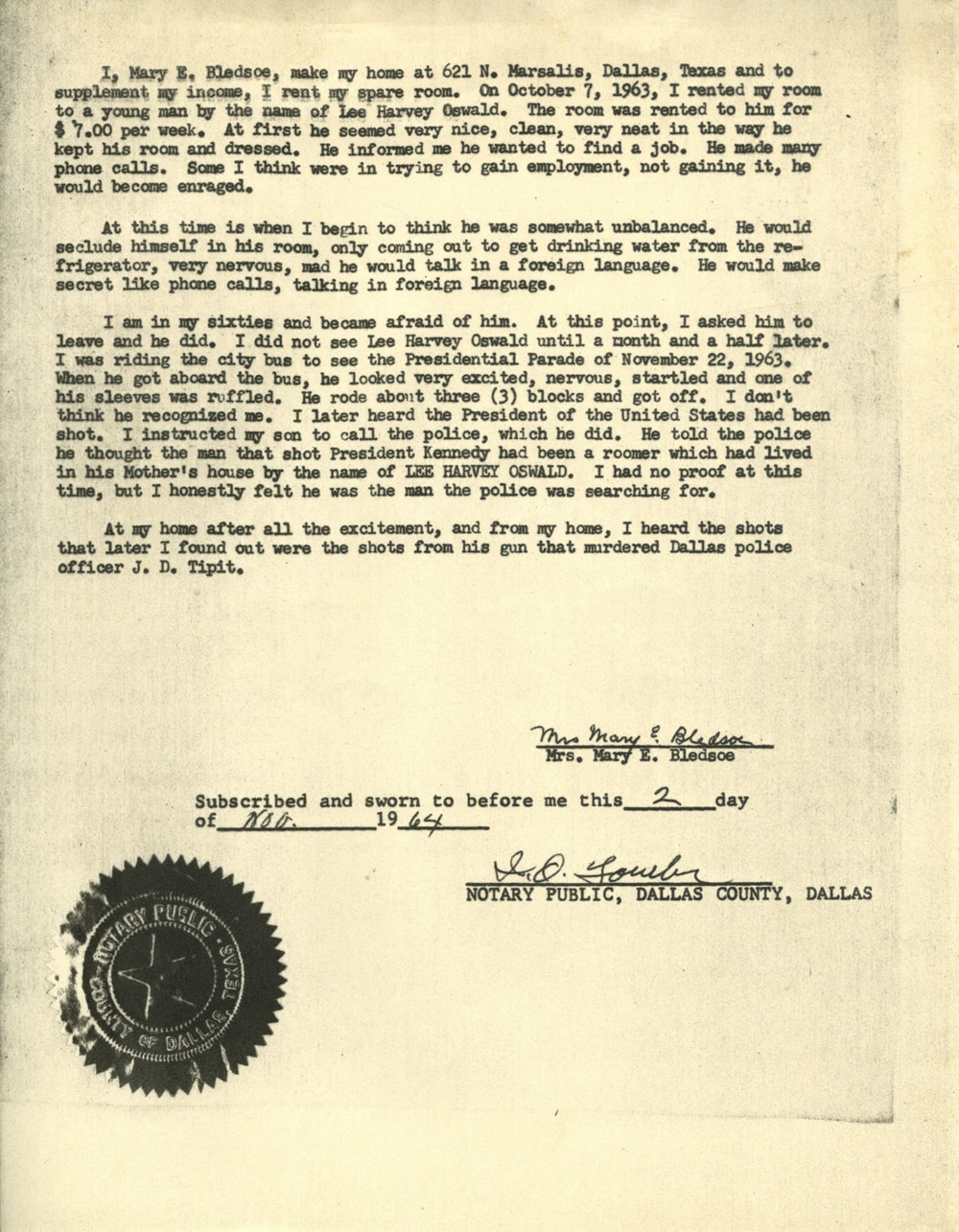 The Car that Drove Oswald 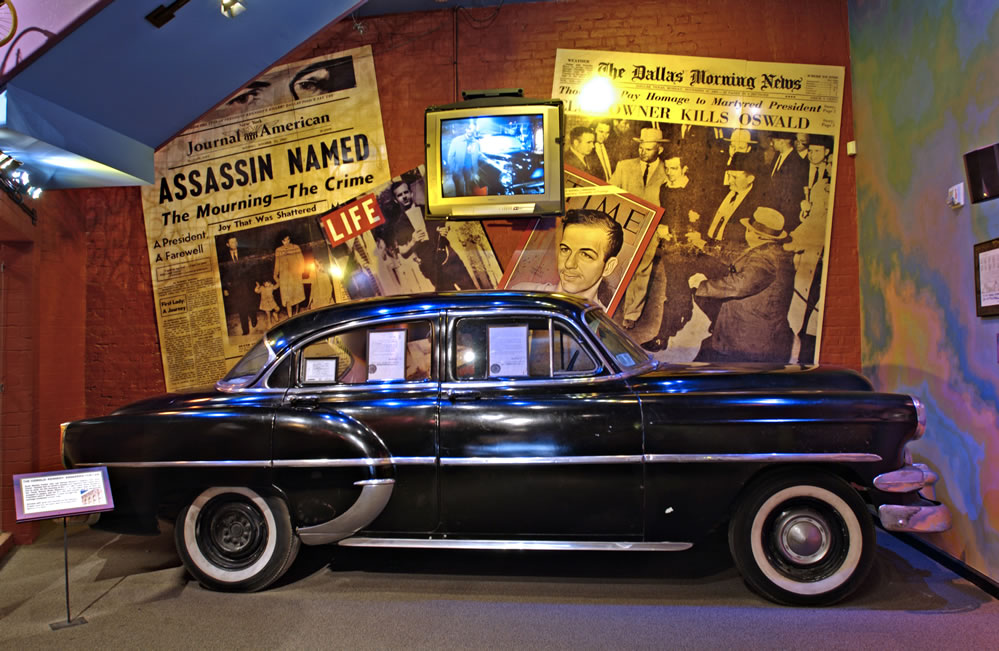 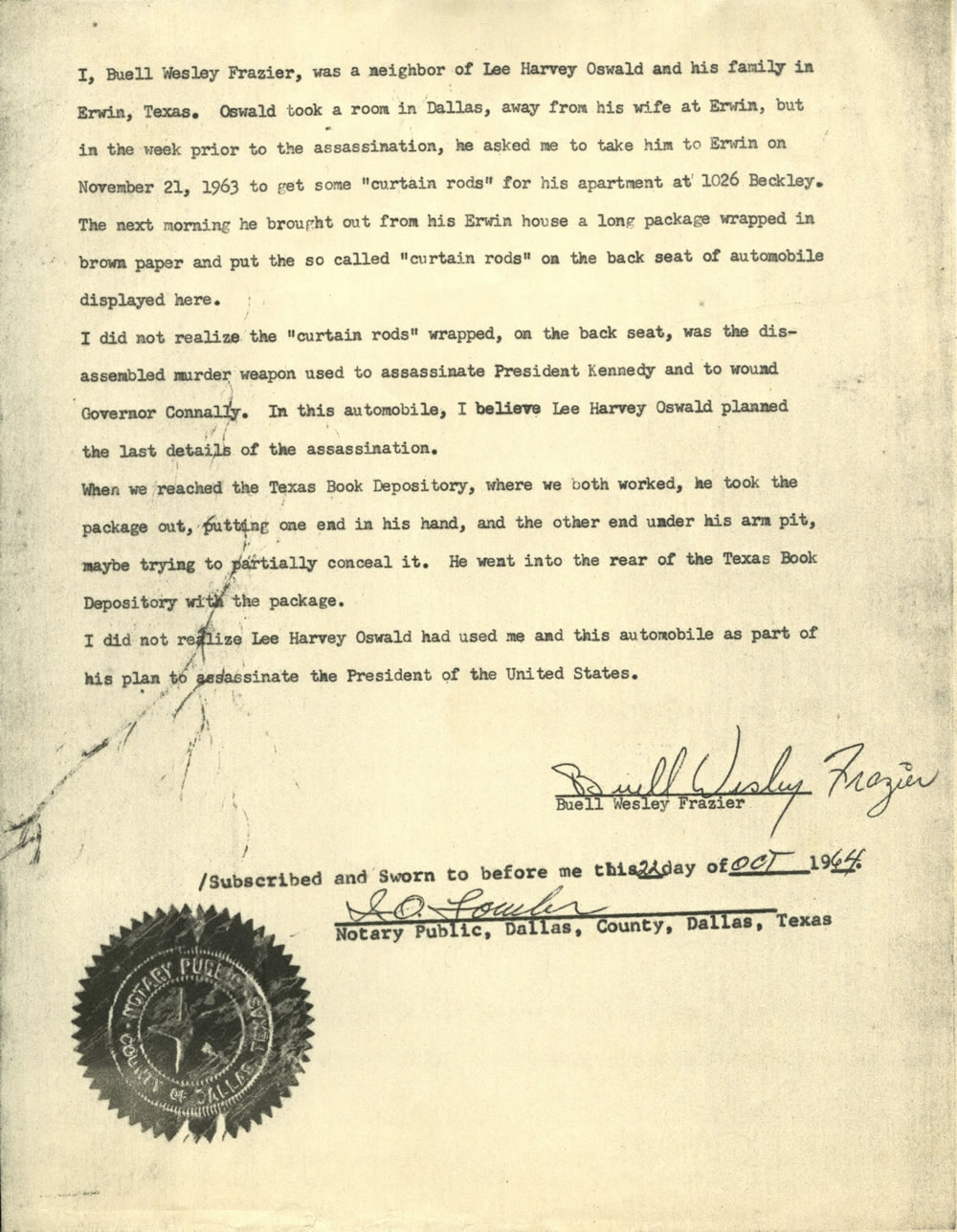 Was Oswald working alone? What is all a government cover-up? Was it the Russians, Cubans, or even the C.I.A.?November 22nd will be forever remembered as one of the great tragedies for the American people. The assassination of John Fitzgerald Kennedy by Lee Harvey Oswald was shocking, and conspiracy theories circle this event.

Next post In Iceland, You Can Get Bread Baked in the Ground