We traveled to Colombia and brought back a haul! Meet Zuly Sanguino, born with Tetra-Amelia Syndrome, an artist who doesn't let her disability stop her.

Last week we traveled to Thailand and danced with Khon theater. Today, we are headed to the Land of El Dorado—Colombia! 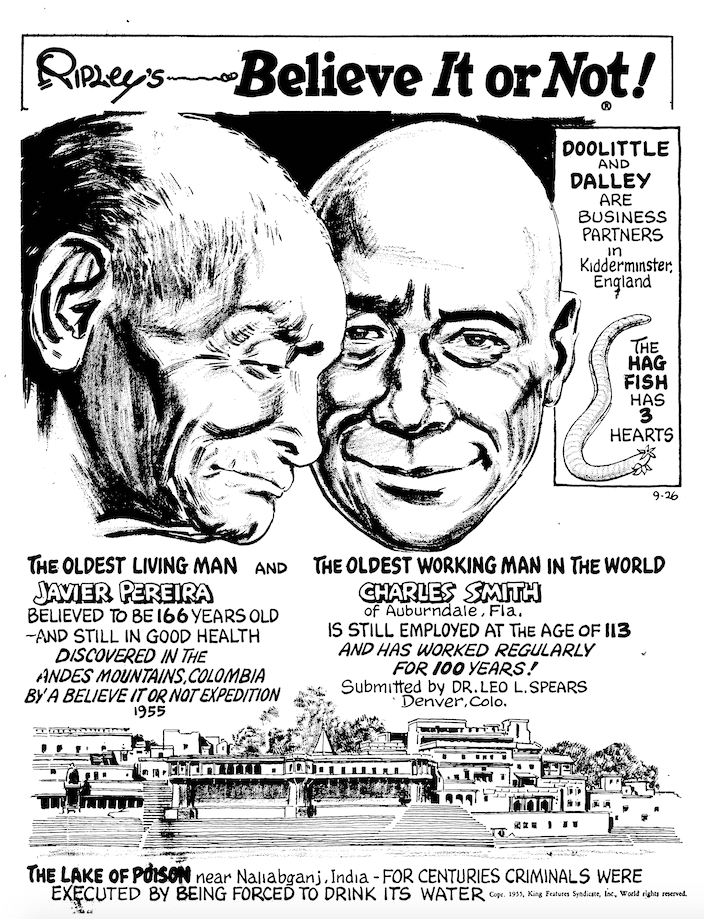 Robert Ripley was the most traveled man of his time, always on the hunt for unusual items to add to his collection, and his ramble around South America in 1925 may have been one of his most prolific! He even purchased his collection’s very first shrunken head on this trip!

On a later trip to Colombia, Ripley discovered one of his best best believe it or nots—Javier Pereira. Javier was believed to be 167 years old! The oldest man in the world.

THE OLDEST MAN LIVING, JAVIER PEREIRA, BELIEVED TO BE 166 YEARS OLD AND STILL IN GOOD HEALTH DISCOVERED IN THE ANDES MOUNTAINS COLOMBIA BY A BEIEVE IT OR NOT EXPEDITION 1955

Believe it or not, Zuly Sanguino of Bogota, Colombia, paints holding the paintbrush with her mouth. Zuly was born with Tetra-Amelia Syndrome, a very rare disorder characterized by the absence of all four limbs! 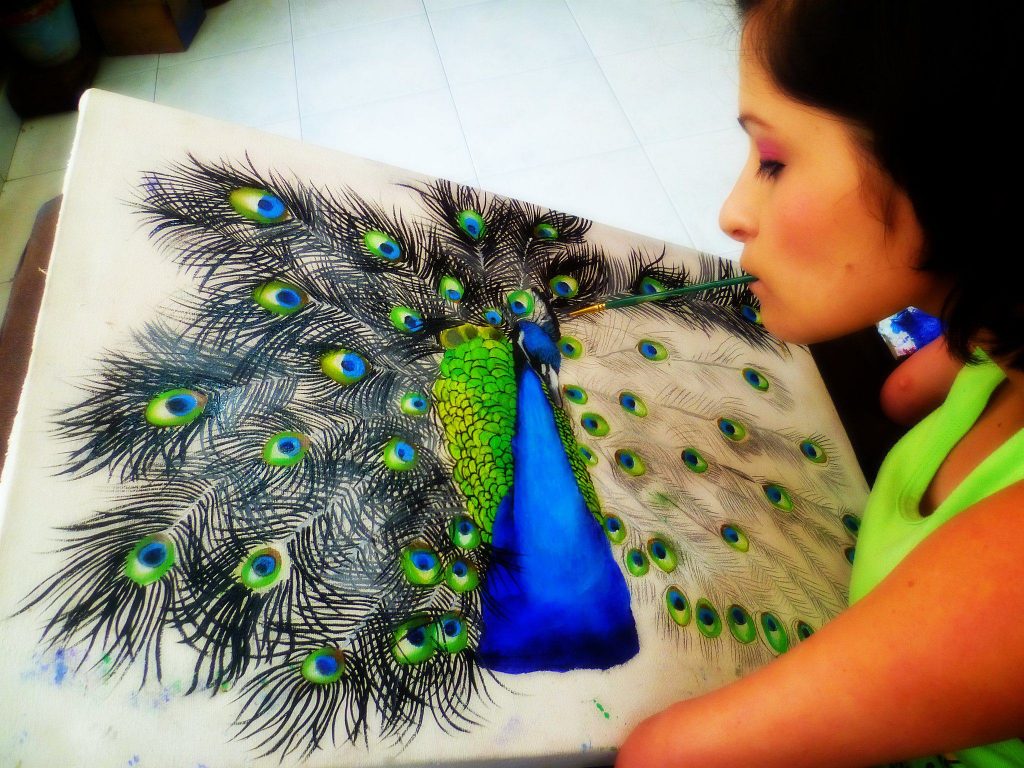 Werregue baskets are said to be woven so tightly that they do not leak water! The werregue is a type of palm tree and the handcrafts made from its fibers come from a small community in the rainy jungles of the Colombian pacific, in the delta of the San Juan River. It can take up to several months to make just one basket!

Created by artist Ernesto Aviles Zambrano in the early 1950s, shortly before going insane and passing away, the heads of these pins hide a microscopic secret—skillfully painted portraits, landscapes and a few national symbols of Colombia. They were hidden away for decades before being discovered by Anna Mejia of Medellin, Colombia, who brought them to Ripley’s attention!