They've proven the Brooklyn Bridge was architecturally sound, acted as tanks, and are champs on the polo field. This World Elephant Day, cheers to you, you peculiar pachyderms!

Elephants have played some odd roles in history, but nothing is quite as unbelievable as their role as TANKS on ancient battlefields! In honor of World Elephant Day… 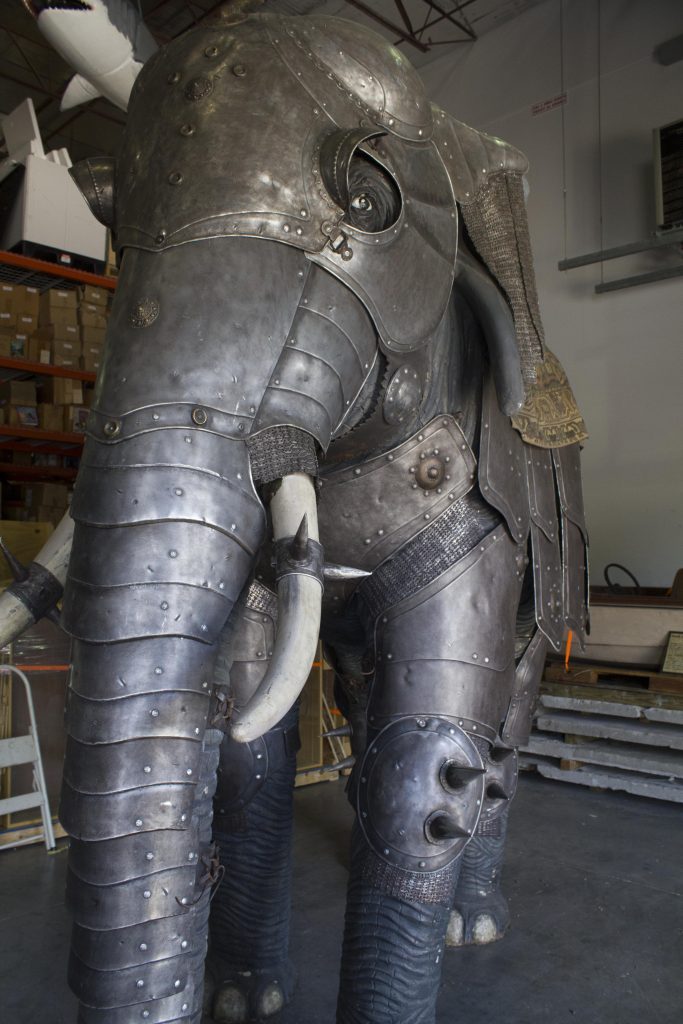 Ripley’s found this 18th-century Indo-Persian suit of elephant armor in Stratford-upon-Avon, England. This suit would fit an elephant standing over 12 feet high, and with the howdah—the carriage that sits on the elephant’s back—the exhibit is 16 feet tall overall!

Elephants have been trained for centuries to do man’s calling, everything from moving logs to walking on tightropes, to fighting battles. First employed in India, the practice of using elephants on the battlefield spread out across south-east Asia and westwards into the Mediterranean.

The first use of elephants on the battlefield occurred at Alexander the Great’s Battle of Gaugamela (331 BCE), when the Persians deployed fifteen elephants. Inspired by Hannibal’s use of elephants against the Roman Empire, the Mogul Emperors of India also introduced armored elephants as a weapon of war in the 18th century. Dressed in full armor, these huge animals were virtually invincible, and helped regional rajahs conquer even the most fortified towns and villages.

Nowadays, elephants play it safe, but still have some peculiar uses—one of our favorites, elephant polo!

The unusual sport of elephant polo was first played in India in the early 20th century, but the modern game originated in Nepal in 1983 where it is now a registered Olympic sport. Tournaments, played in Trunk Ball Thailand, Nepal and Sri Lanka, draw in 12 international teams every year from five different continents and are organized by the World Elephant Polo Association.

Each match involves 28 elephants, each with two players on its back. The game is played on an area the size of a football field and players wield polo sticks that are 6 to 9 feet in length!

Next post Bokdrol Spoeg, or The Sport of Antelope Dung Spitting

Previous post Spotted Salamanders Are the Only Animals to Photosynthesize