For this year’s San Diego Comic-Con, join Ripley's Believe It or Not! and a panel of professors, disaster experts, paranormal celebs as they take a deep dive into the science behind your favorite sci-fi fandom.

Eccentric explorer and world traveler Robert Ripley built his reputation on a simple premise: Truth is stranger than fiction. And he amassed a treasure trove of stories, cartoons, and artifacts to prove it! In the process, he also debunked historical fallacies, urban myths, and every kind of chicanery you can imagine. The result? Ripley’s Believe It or Not!

Today, the tradition continues. For this year’s San Diego Comic-Con, Ripley’s Editor-in-Chief Sabrina Sieck and Exhibits Buyer Kurtis Moellmann took a deep dive into the science behind your favorite sci-fi fandom. With a panel of professors, disaster experts, paranormal celebs, and more, they dug into burning questions about time travel, aliens, Bigfoot, ghosts, and more! 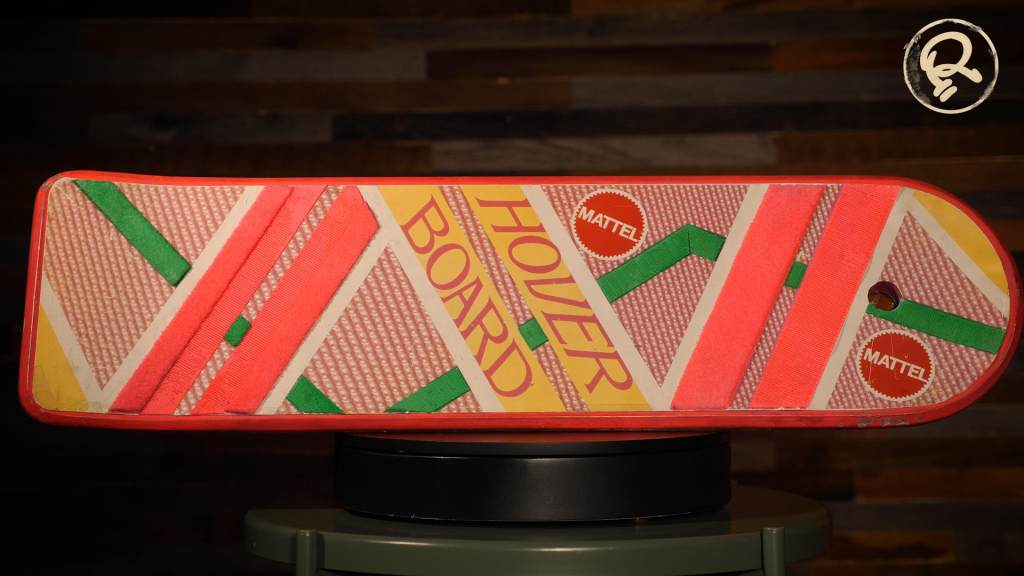 Then, she let the scientists and experts have at it. The panel debated whether time travel is possible, how close 1985’s Back to the Future came to getting it right, and much more. Here’s what you can expect to hear in their epic conversation about science versus fiction.

Gotta Get Back in Time

How much science is in some of our favorite sci-fi time-travel movies? According to Professor Brian Greene, Marty McFly proved way off the mark. But 2009’s The Time Traveler’s Wife came much closer to the “reality” of time travel. (Warning: Grab a Kleenex box before diving into this baby!) As for whether time travel is possible? Greene noted that Albert Einstein provided the blueprint to the future. It goes like this. Hang out near a black hole for a while… A tad anti-climactic, no? And it precludes the DeLorean.

Why does proximity to a black hole lead to time travel? Because time slows down near black holes. So, when you finally get a hankering to head home for a burger and a shake, decades or centuries will have transpired on our home world. In other words, you might have to trade in that Big Mac for the one snack capable of surviving one to two hundred years without losing its delicious goodness: Twinkies. (Actually, that’s another myth worth busting.)

Or, if you’re feeling froggy, Professor Greene suggests a second form of time travel: Start by traveling away from the Earth at the speed of light before making a U-turn and heading back to your point of departure. Besides sounding like the GPS navigator when your phone needs an update, this “science reality” is so Planet of the Apes.

Why does it work? Consider it a way to cheat time while the Earth gets on with the business of aging (and ceding authority to anthropomorphic primates). Upon landing, the one birthday you celebrated while away would hardly compare to the hundreds or even thousands of years passed on the blue planet, rendering you an interstellar Rip Van Winkle!

UFOs, the Big Bang, and the Meaning of Life

But what’s the point of discussing time travel when the public has their eyes set on otherworldly issues? This sums up a series of questions posed by Professor Avi Loeb, who weighed in next. Turning the conversation towards everybody’s favorite topic, extraterrestrial life, he dove into why science needs to pay more attention to unidentified flying objects (UFOs).

Other questions he’d like to see science address include what came before the “Big Bang” and the ultimate meaning of life. Big concepts like these have us guessing Professor Loeb’s is a fan of 2001: Space Odyssey. Just sayin’!

But the fun didn’t end there. From zombie apocalypses to pandemics and the disaster that was 2020, Aaron Sagers, Kurtis Moellmann, and Dorothy Lowry all weighed in. Which sci-fi work best predicted the coronavirus pandemic? Michael Crichton’s 1969 novel The Andromeda Strain ranked at the top of Lowry’s list. And she could get behind the 1971 film adaptation, too. (Let’s keep our fingers crossed Crichton proves less accurate about his dino DNA predictions!)

As for Kurtis Moellmann, he’s still hoping for some Roswell-related artifacts for the Ripley’s Believe It or Not! collection. Now, how out-of-this-world would that be? And Aaron Sagers posed fascinating questions about the supernatural realm. For example, do “ghosts” perceive living, breathing humans as spectral beings in return? He also made outstanding points about why the metaphysical realm deserves more than a passing glance from science.

Get the Inside Scoop on Weird Science

Check out the lively conversation as Ripley’s Believe It or Not! tackles the weird science behind sci-fi during this year’s San Diego Comic-Con@Home. Then, let us know in the comments below which science fiction movie you think comes closest to science reality.

Next post The Truth Behind The "Failure" Of Colgate Beef Lasagna

Previous post The Olympic Flames: Burning From Ancient To Modern