Vintage Football Protection Could Do More Harm Than Good

It wasn’t until 1943 that the NFL required all players to wear helmets.

The first game of American football is said to have taken place on November 6th, 1869. Though it bore little resemblance to the sport showcased at the Super Bowl every year, it marked a departure from the mob sports of Europe, combining kicks and forward passing. As participation in the sport at East-coast schools grew, rules meant to standardize the game emerged. After six years of scattered play, Harvard faced off against Yale in what’s referred to as The Game. 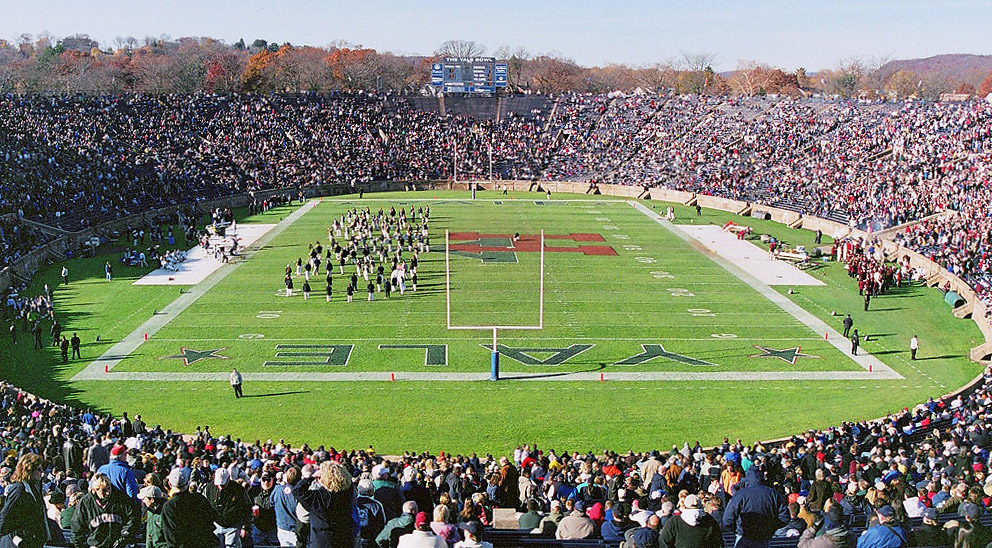 Harvard and Yale renew their rivalry at The Game every year./CC Henry Trotter

Nearly 2,000 people showed up to spectate the first Harvard versus Yale game, and America’s love affair with football took root. While today’s teams are made up of professionals athletes practicing the sport nearly their whole lives, early football players were a smattering of elite college sportsmen arranged into teams where the rules were sometimes decided just before play. Though they would likely stand little chance against 312-pound linemen and 60-yard field goal kickers, turn of the century players had little of the modern technologies today’s players enjoy.

Before the advent of polycarbonate helmets equipped with face braces, impact indicator chin straps, and air pads, most players wore a simple leather cap—if anything at all. Believe it or not, it took 24 years of brutal injuries before anyone sought head protection. The first documented case of a football helmet being used in a game was in 1893. The helmet was worn by Joseph Reeves, who had a crude leather cap made by a local shoemaker because his doctor told him another kick to the head could be fatal. 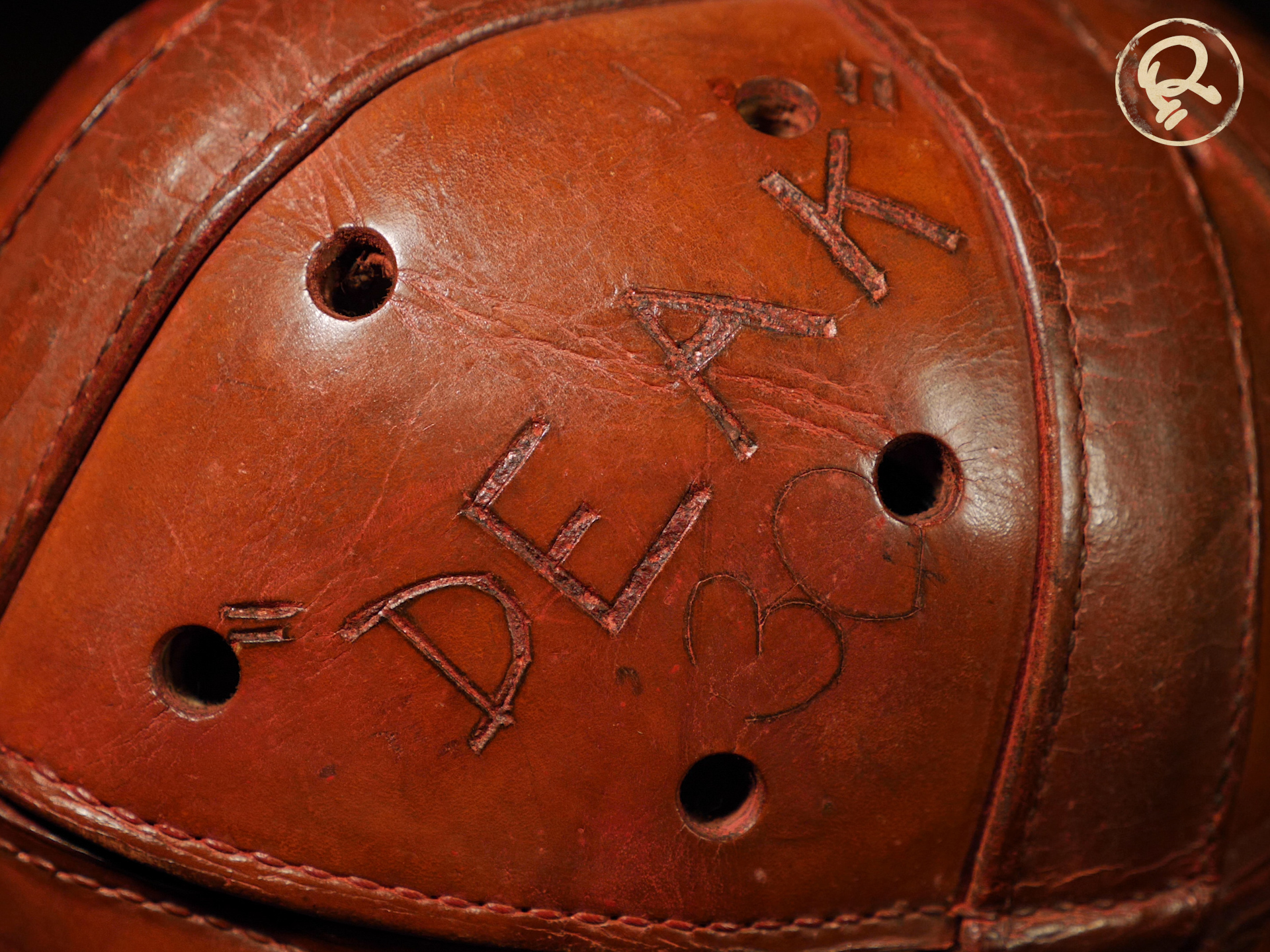 Even with a handful of players beginning to take safety seriously, it wasn’t until 1943 that the National Football League required all players to wear helmets. Before that, the headgear was optional on the field!

While the official rules committees may not have taken head trauma seriously throughout the first half of the 1900s, players eventually did. As football became ever more popular, players became ever more valuable. A few shoemakers and butcher companies eventually began specializing in leather helmets. 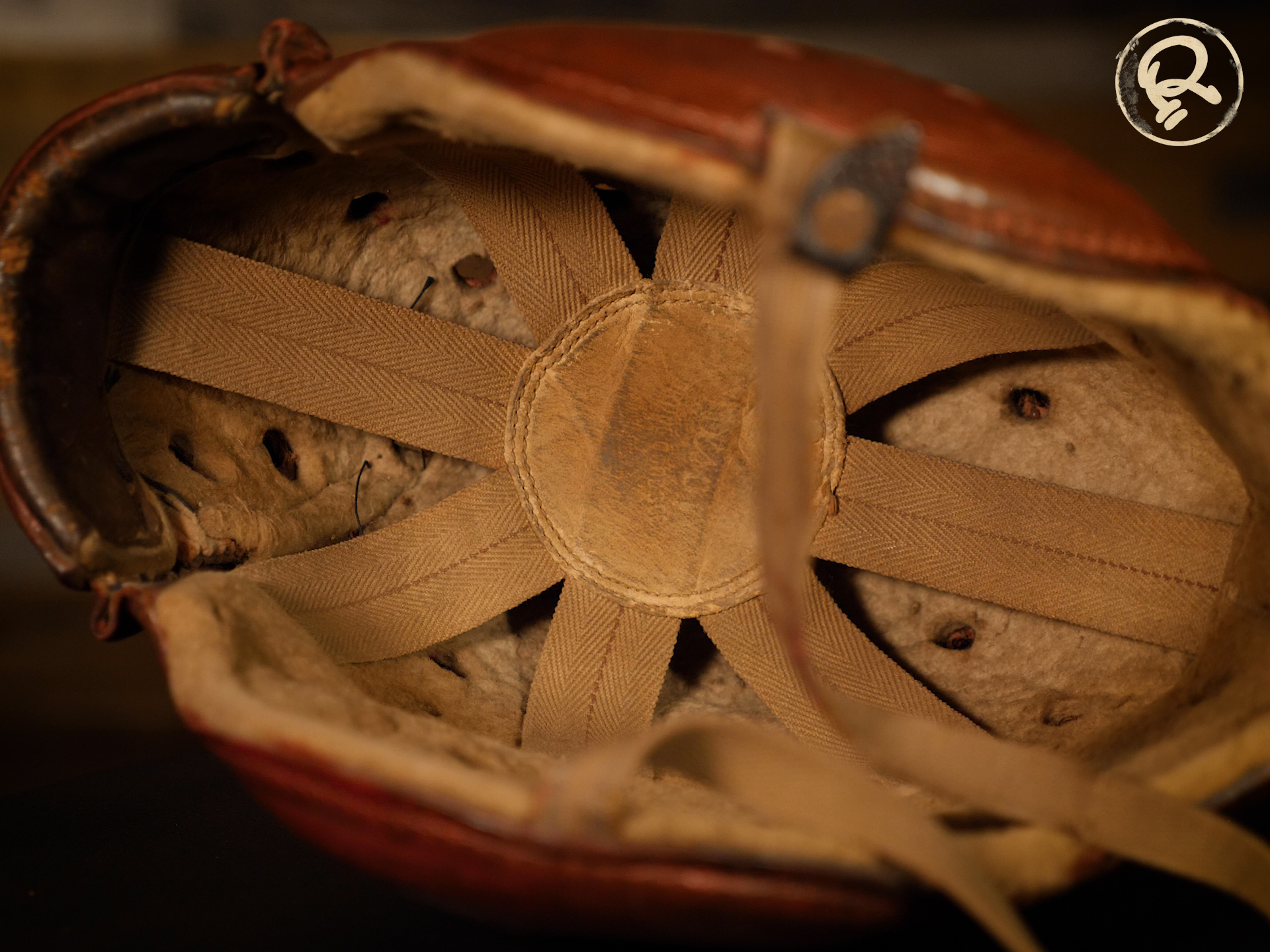 Wilson Sporting Goods began as a meatpacking company. With ample access to leather, Thomas E. Wilson entered the sports world by manufacturing footballs and basketballs, but the leather helmet proved a much more competitive product. Designers had to balance protection and comfort. Ventilation became a major selling point, as a helmet was no good if a sweaty player decided to stop wearing it.

The helmet alone wasn’t enough to protect a player’s face, and helmets wouldn’t include face bars until 1955. Instead, some football players wore metal nose guards. While these guards may have protected the nose, the were likely to mangle a player’s teeth. The top of the guards had a strap to loop around the forehead, but the bottom was held in place with the lips and teeth. It inhibited breathing and could be more dangerous than it was worth. This example is made from metal, but rubber would eventually be introduced alongside chin braces to protect the wearer’s teeth. 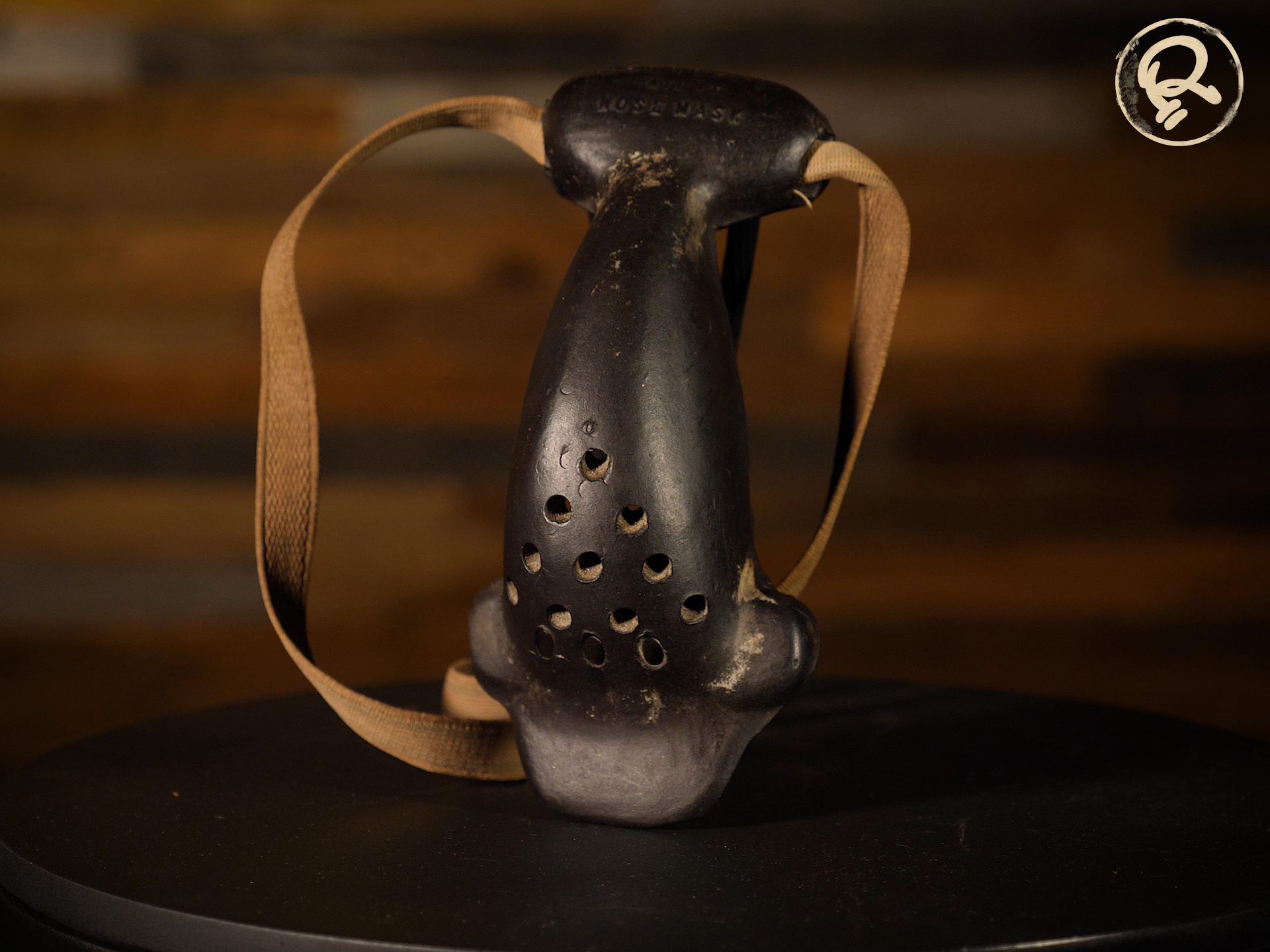 Next post How Do Some Animals Achieve Biological Immortality?