Wait, There Are Vegetarian Piranhas?

These piranhas use their strong jaws to crack open seeds and nuts, rather than tear flesh. 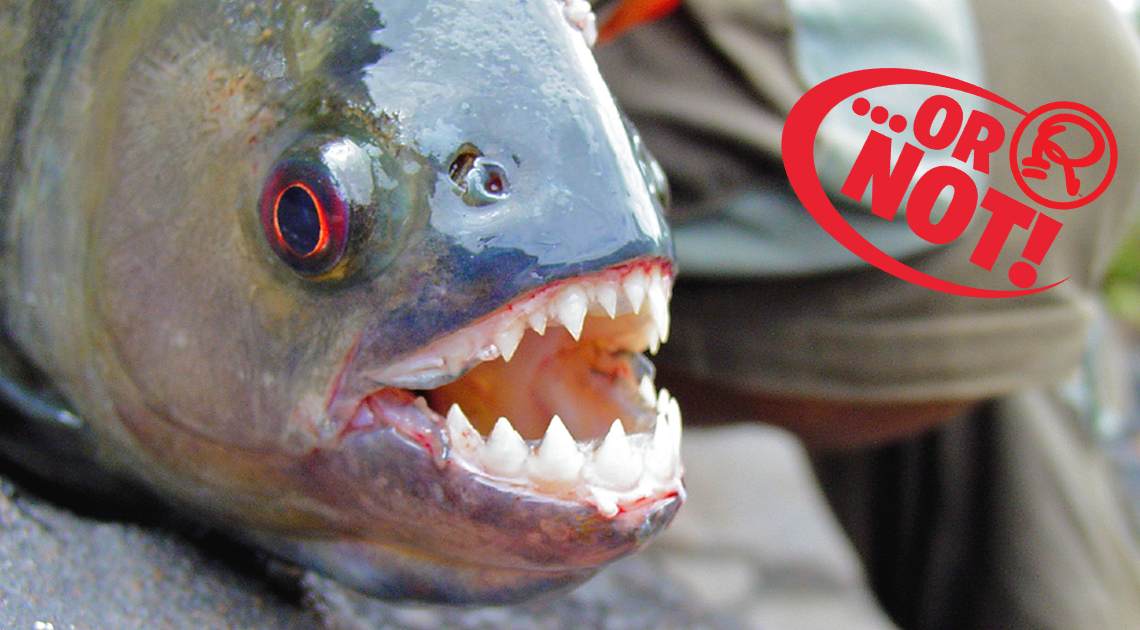 Marine biologists estimate it would take a school of 300 piranhas just five short minutes to completely devour a 180-pound human. With their razor-sharp teeth and their lust for blood, piranhas have earned a reputation as violent flesh eaters, but some varieties are vegetarians. 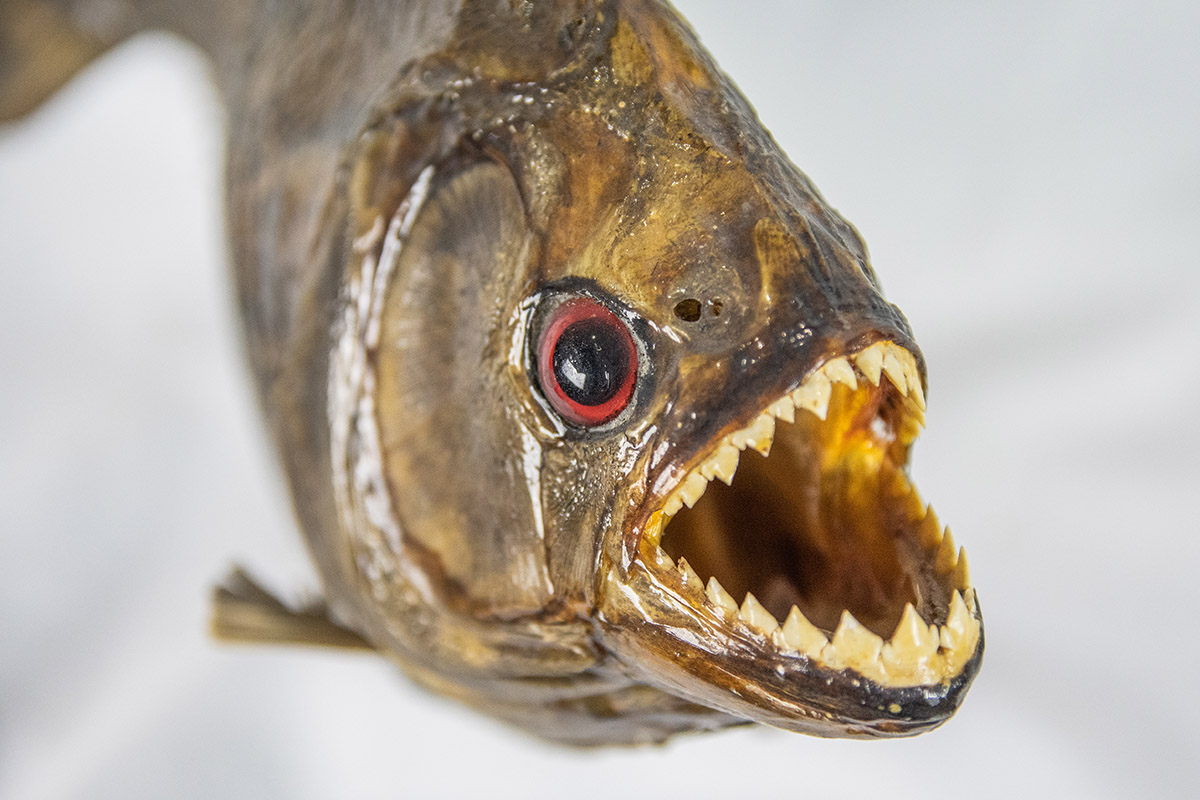 Taxidermy piranha from the Ripley Collection.

It’s estimated that there are around 30 different species of the South American freshwater fish. The Tometes camunani that lives in the Amazon River in Pará, Brazil, only eats river weeds. And some varieties prefer seeds to meat. Other piranhas typically consume shrimp, worms, carrion, and other fish. One staple that’s generally not on their menu? Humans. 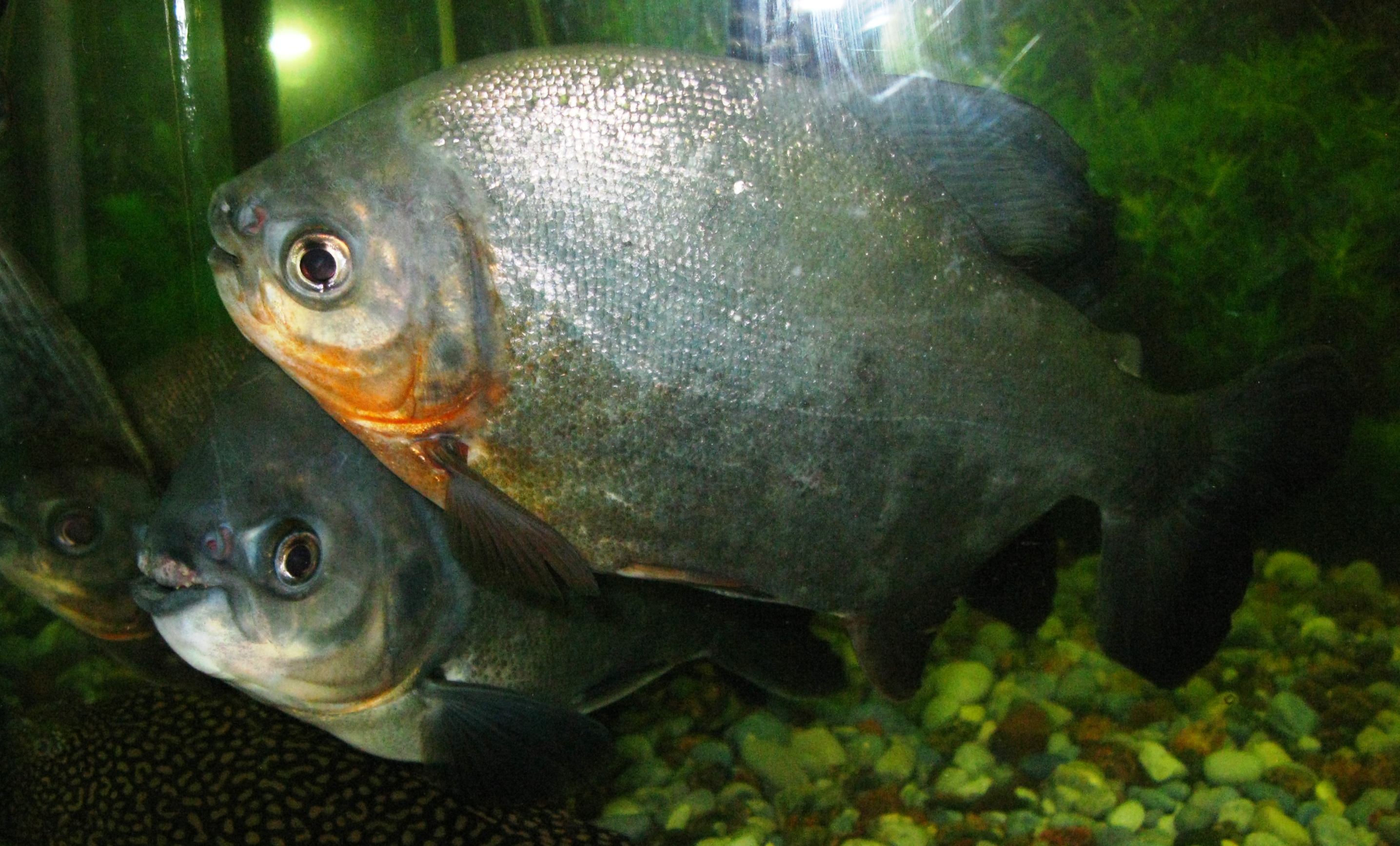 The Piranha with Human-Like Teeth

In 2016, several specimens of red-bellied pacus—Piaractus brachypomus, a relative of the piranha—were discovered in Lake St. Clair and Port Huron in southeastern Michigan. These “vegetarian piranhas” are known for their square teeth that look suspiciously human. They use their choppers to crush seeds and nuts. Some even have the ability to remove nuts from their shells before eating them. 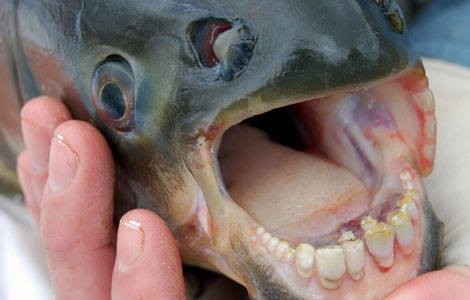 Piranha found outside of South America are usually pets released into the waterways. Twenty-five U.S. states prohibit the transport, purchase, possession or sale of piranhas due to their dangerous characteristics. In 2014, a New York City man was arrested for smuggling nearly 40,000 piranhas, worth $37,376, into the city.

The red-bellied piranha (Pygocentrus natterei) is the most commonly known carnivorous species. It is aggressive, but not as dangerous as many believe. They typically live in large shoals consisting of several hundred fish—sounds terrifying, right? But this is for protection, not hunting. Only when they are starving and food is scarce do they attack large prey, which is usually dead—or nearly so. When hungry, they can devour the flesh of an animal in just minutes. 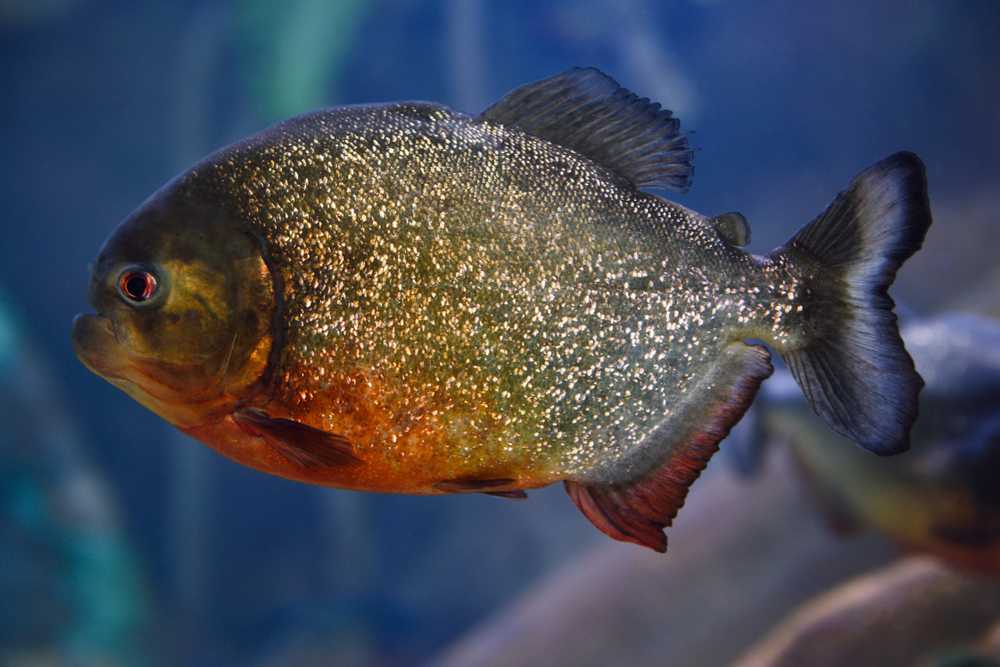 A carnivorous red-bellied piranha at Ripley’s Aquarium of Canada/Reimar, Shutterstock

The Piranha That Makes Barking Sounds

Weirdly, red-bellied piranhas make three different types of sounds, including one that resembles a dog’s bark. When they are in a confrontation with another fish, their quick calls sound similar to a barking canine. Other vocalizations include grunting and gnashing their teeth.

The piranha’s threatening reputation is partially due to President Theodore Roosevelt. In 1913-14, he traveled through the Amazon basin with famous Brazilian explorer Cândido Rondon and noted in his book, Through the Brazilian Wilderness, that the piranha was the “most ferocious fish in the world.”

“The piranhas habitually attack things much larger than themselves,” Roosevelt wrote. “They will snap a finger off a hand incautiously trailed in the water; they mutilate swimmers—in every river town in Paraguay there are men who have been thus mutilated; they will rend and devour alive any wounded man or beast; for blood in the water excites them to madness. They will tear wounded wild fowl to pieces, and bite off the tails of big fish as they grow exhausted when fighting after being hooked.” 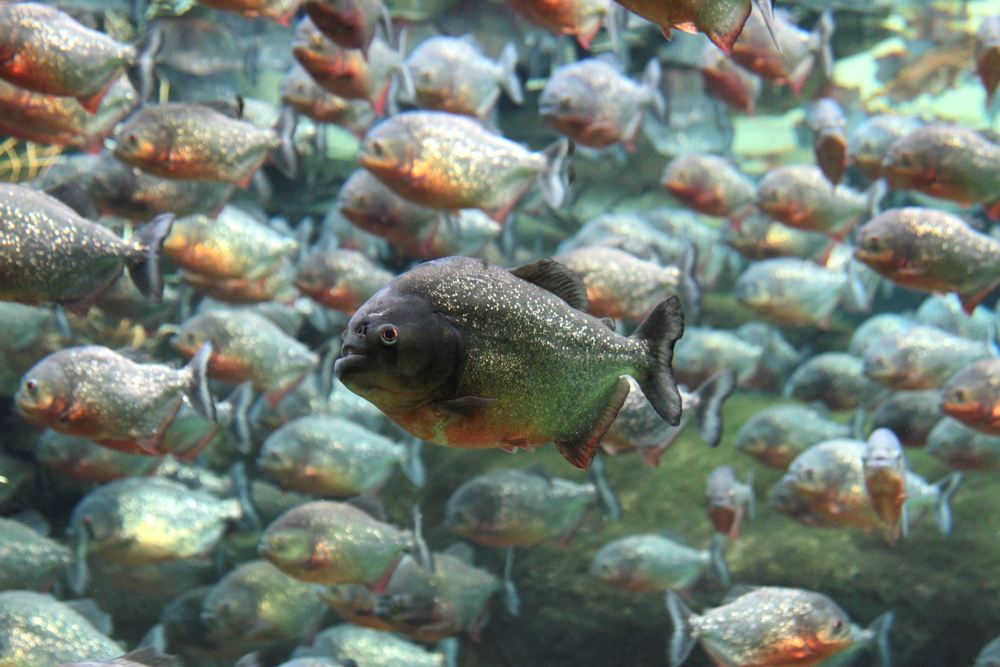 It has since been revealed that the Brazilians put on a display to entertain tourists, such as Roosevelt. They orchestrated a feeding frenzy by keeping captive piranha hungry for days.

In general, if humans leave them alone, they are unlikely to attack. Still, piranhas can detect a drop of blood in 200 liters of water, so it’s inadvisable to take a dip in the Amazon if you’re bleeding profusely.

Next post The Fish That Gets Eye Lifts, Chin Jobs, And Other Cosmetic Surgeries