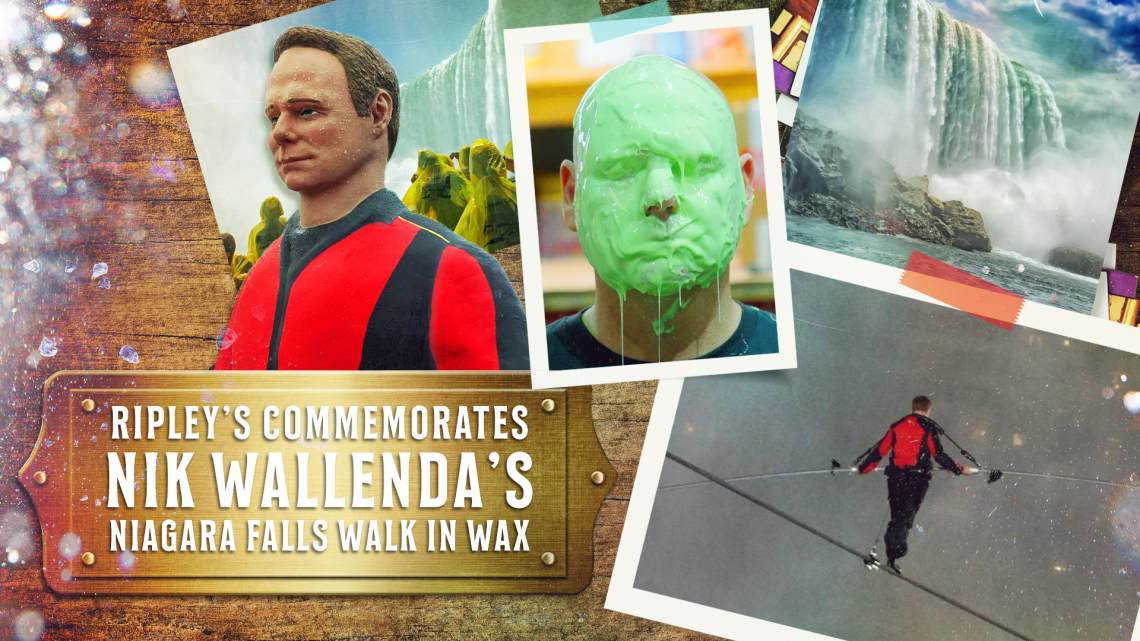 Nik Wallenda, a seventh-generation high-wire walker of the world-famous Wallenda family, is celebrating a major anniversary of one of his most impressive feats.

Believe It or Not!, it has been 10 years since Nik Wallenda successfully crossed Niagara Falls on a tightrope, and we here at Ripley’s feel that such a Believe It or Not! moment deserves recognition.

History was made on June 15, 2012, as Nik became the first person in over 100 years to walk directly over Niagara Falls on a high wire. He successfully crossed the 1,800-foot-long, 7-ton wire from the U.S. side of the Falls to the Canadian side at a height of around 200 feet — oh, and this was all accomplished in about 25 minutes!

A Tribute to Tenacity

This year, in recognition of Nik’s unbelievable feat and dedication to the seemingly impossible, the Art Department at Ripley’s has worked hard to create a wax statue of Nik in honor of such an historic event!

The idea was to create an interactive statue that would provide viewers some perspective and make them feel as though they are right next to Nik Wallenda on his legendary walk.

The crafting process began with the Creative Custom Fabrication & Metalworks team in Branson, Missouri, who created two diamond-plated steel bases weighing over 600 pounds each! Also included are three steps to the top of the base and the replica steel wire on the edge.

The statue at the top of the base has Nik Wallenda’s likeness, captured by the Ripley’s Art Department who had the opportunity to make a life cast Nik!

After working with Nik, the Art Department went on to say, “He was a great person to life cast, being very brave and enthusiastic about the whole experience. Which, to some, could be claustrophobic since it involves completely covering the face in silicone and plaster bandages. Nik even let us cast his hands and feet!”

The Ripley’s Art Department then 3D-scanned a clay scale model of the iconic Wallenda pose on the wire and created a digital 3D model. The model was then enlarged and cut, with the cut portions then being assembled and shaped in detail and later coated with fiberglass resin. Within the interior of the statue is a steel skeleton that is bolted to the massive steel base!

When all was said and done, the Art Department spent more than 1,600 hours of work on the statue! Nik went on to call the process of working with Ripley’s, “Truthfully, a dream come true!” Likewise, Nik! 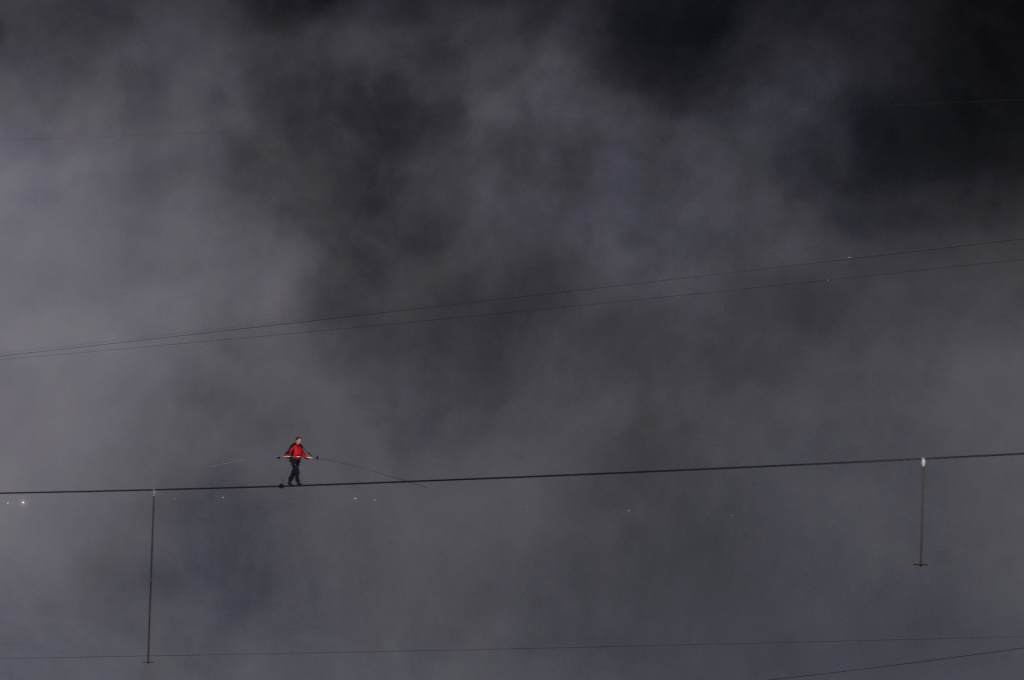 Nik’s legendary walk in 2012 began at 10:16 p.m. with overall good weather conditions, but he eventually ran into some difficulty with the mist of the Falls. “The mist was so thick, so challenging, those winds hit me from every direction.” Nik went on to say, “There was no way to focus on the movement of the cable. If I looked down at the cable, there was water moving everywhere. And if I looked up there was heavy mist blowing in front of my face. So, it was a very unique and weird sensation.”

Border patrol agents inspected Nik’s passport as he made it safely to the Canadian side. Nik was in good spirits and even told the customs agents “I’m not carrying anything over, I promise,” — a pretty nonchalant comment coming from the guy who just crossed Niagara Falls on a narrow wire!

When all was said and done, the feat was a major success with a turnout of over 100,000 audience members and 13 million people watching Nik on television across the country!

By Jordan Neese, contributor for Ripleys.com

Next post Stairs To Nowhere: When Creepypasta Becomes Urban Legend