This urban myth proves you shouldn’t believe everything you read on the internet. 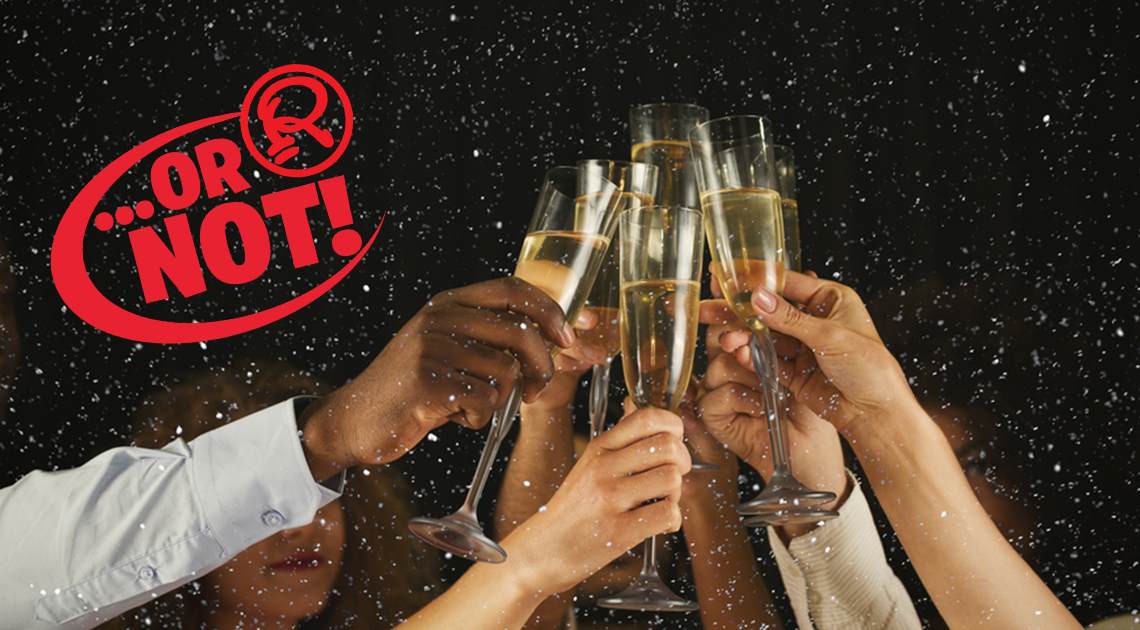 The internet is incredibly good at spinning urban legends and conspiracy theories. Once sites like YouTube and Facebook pick up on these “rumors,” they take on a life of their own. Spiraling into unrecognizable and inescapable digital “facts,” we may even take them for granted.

Recently, we’ve caught wind of a tall tale making the rounds again. And it’s one you’ll likely need to pounce on and correct over holiday meals this year. So, we’re here to arm you with the truth. Let’s take a look at the claim that “clinking” glasses originated in the Middle Ages as a form of mutual assurance against poisoning.

As you’ll see, this anecdote about toasting is anything but true. What’s more, we’ll explore the actual history of toasting, which proves far more fascinating!

Every holiday season, we gather around the table to clink glasses and toast to each other’s health. The act has “Hallmark Christmas” written all over it. Yet, in 2004, The Sydney Herald argued this social custom represented a sinister medieval necessity.

According to the newspaper, clinking glasses started as a way to guard against poisoning. Noting that the sediment in the unfiltered wine medieval Europeans drank made concealing poison a cinch, the paper argued that hosts developed a clever way to set guests’ minds at ease.

After pouring each person wine, the host would drink a portion, demonstrating it wasn’t poisoned. If the guest trusted the host, however, they’d clink glasses with the host instead of offering their draught for tasting. This clinking or toasting developed into a symbol of honesty, truth, and good health. While an interesting idea, there’s no truth to this account. How do we know this? Because toasting at dinner gatherings is ancient history. Literally.

If you’ve ever read Plato’s Symposium, you know that drinking culture has ancient roots. Despite the dour way we study this literature in university classrooms today, Plato’s work, written between 385 and 370 BC, was anything but staid. After all, the setting of the story is an ancient Greek drinking party. Think Philip of Macedon’s drunken brawl in Alexander (2004) for context. Hellenic drinking parties rarely remained dignified.

During these symposia, hosts served wine in a large central urn known as a krater. Consider it the ancient equivalent of the “punch bowl.” Guests helped themselves by dipping their cups in the krater with increasingly disastrous effects as the night wore on.

A 4th-century BC Greek poet and statesman named Eubulus once observed that the wise guests retired after the first three kraters of wine. By the fourth, trouble arose. The fifth krater brought yelling and the sixth, “prancing about, the seventh to black eyes, the eighth brings the police, the ninth belongs to vomiting, and the tenth to insanity and the hurling of furniture.”

What led party guests to imbibe to the point of madness? For one, the ritual of toasting, a custom dating back to 6th-century BC Greece. Most scholars agree that toasting has its origins in the Greek religious practice of libation, the act of pouring a portion of their drink out in honor of the gods. This ancient custom, described in Homer’s Odyssey, soon evolved into drinking to honor one’s companions. By the time of the Romans, it represented a no-holds-barred competitive drinking game.

Today, we reserve toasts for swanky events like weddings and graduations. We also toast during the holidays and other family gatherings. The gentle clinking of glasses is a far cry from the boisterous, krater-fueled drinking parties held by the ancients. The thought of toasting and drinking games as interchangeable customs sounds weird. But there’s a mountain of historical documentation that proves these two practices were anything but strange bedfellows. 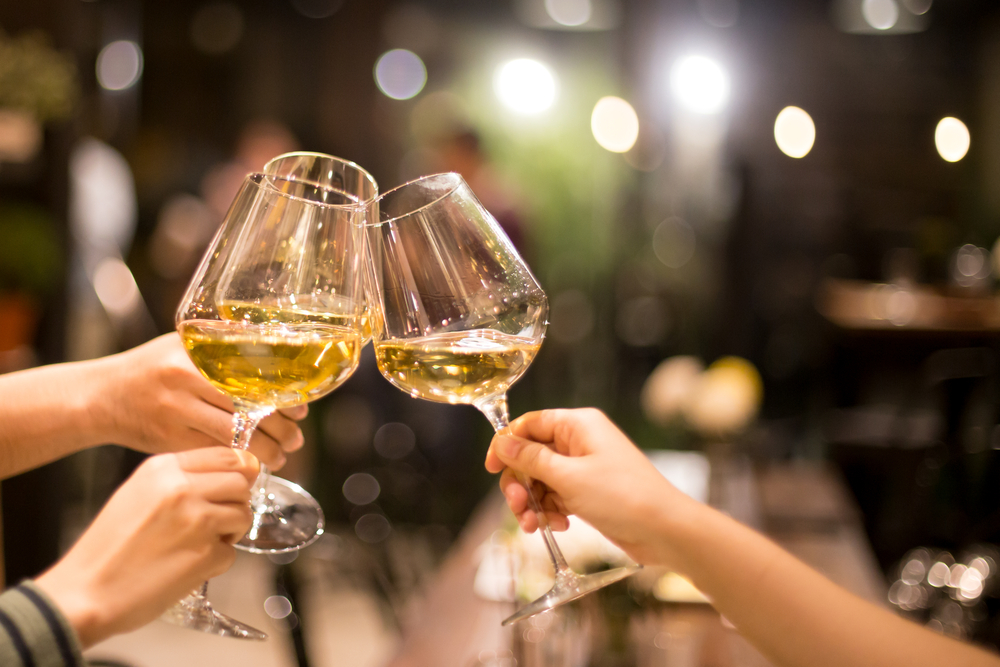 Following Greek civilization’s high points during the Classical and Hellenistic Ages, another European culture stepped onto the world scene, Rome. The Romans were notorious for stealing many Greek cultural underpinnings. These included everything from the Greek toga to their gods, mythology, architecture, and, you guessed it, drinking parties and games.

Like Greek drinking parties, holding one’s liquor became an act of male prowess in Rome. With the Roman Senate’s 1st century AD decree that Emperor Augustus’s health must be cheered with wine at every meal, toasting received a legislative stamp of approval. Not surprisingly, cheering the emperor devolved rapidly into a drinking game. Unlike today, guests had to swallow a whole glass of wine with each toast.

By the Middle Ages, the acts of toasting and competitively drinking were well-established customs in Europe. Today’s holiday tradition of drinking wassail came from the Saxon tradition of waes hael, which translates as “toast.” As for the actual term “toast,” it’s a cultural hang over (pun intended) from the Middle Ages, too. You see, glasses of wine once contained actual pieces of spiced or charred bread, thrown in to improve the drink’s flavor.

In the Merry Wives of Windsor, William Shakespeare confirms this tradition when his character Falstaff requests a quart of spiced wine with “a toast in it.” By the 18th century, the word “toast” referred to the act of cheering one another over wine. It also referred to an individual honored with such a libation as “the toast of the town.”

With the advent of the Protestant Reformation in the 16th century AD, heavy public drinking fell out of favor. So did the act of toasting. The Order of Temperance in Germany sought to abolish the custom, and King Louis XIV banned toasting at the French court. In 1634, the Puritans of Massachusetts outlawed the “abominable” custom, too.

But members of the Enlightenment remained faithful to the ancient Greek custom in their zealous love of humanism. Men like John Stafford Smith crafted odes to the ancient Greek past, including his drinking song, “To Anacreon in Heaven.”  Anacreon was a Greek poet who sang the praises of love and wine (and likely spent some serious time at symposia). Interestingly, the melody to Smith’s “toasting” song would go on to power “The Star-Spangled Banner,” which means Americans owe a debt to those Greek imbibers of old.

Today, a fascinating balance exists between the traditions of the libation-loving Greeks and the Puritanical founders of New England. Successive generations of Americans have reappropriated the act, infusing it with civility over the years. Instead of chugging glass-fulls of wine, a sip now proves sufficient. And for those who don’t care for wine? Simply making eye contact with the host and smiling does the trick.