Here’s a Weasel Riding a Woodpecker

We interviewed the guy who took the photo. 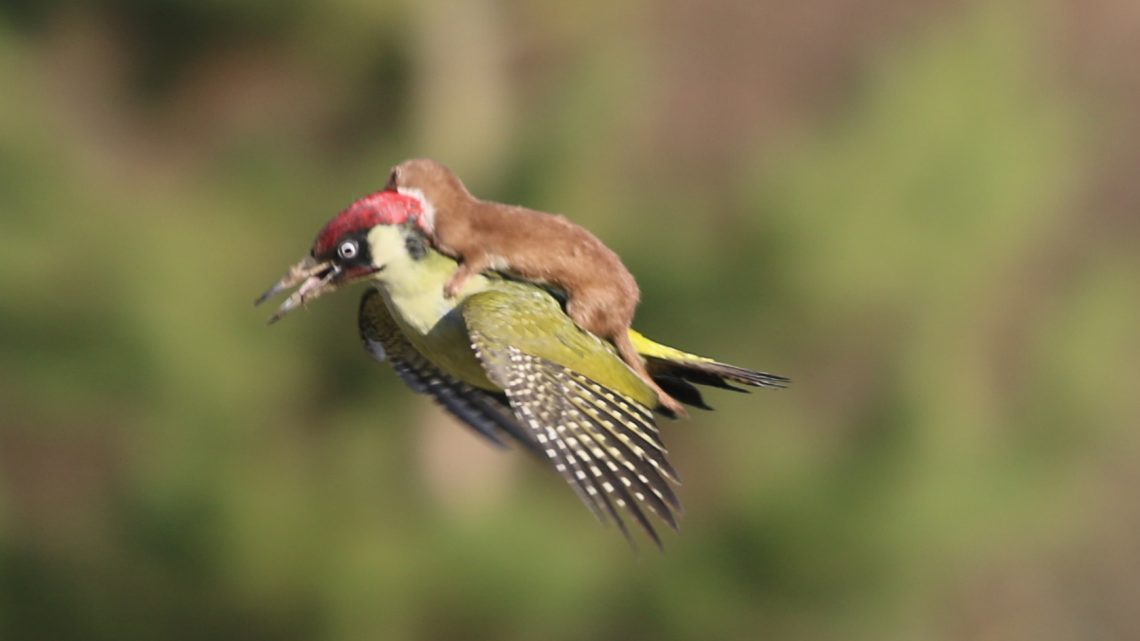 Thrilling Tale of the Woodpecker and Weasel

Suddenly it was obvious it had a small mammal on its back and this was a struggle for life.While we all wish this woodpecker is helping his friend the weasel with a ride, the truth is the woodpecker is being attacked by the weasel.

Martin Le-May was taking a walk in a park in East London when we heard a distressed squawking. He spotted the scuffle with his binoculars, which he swapped for a camera just in time. 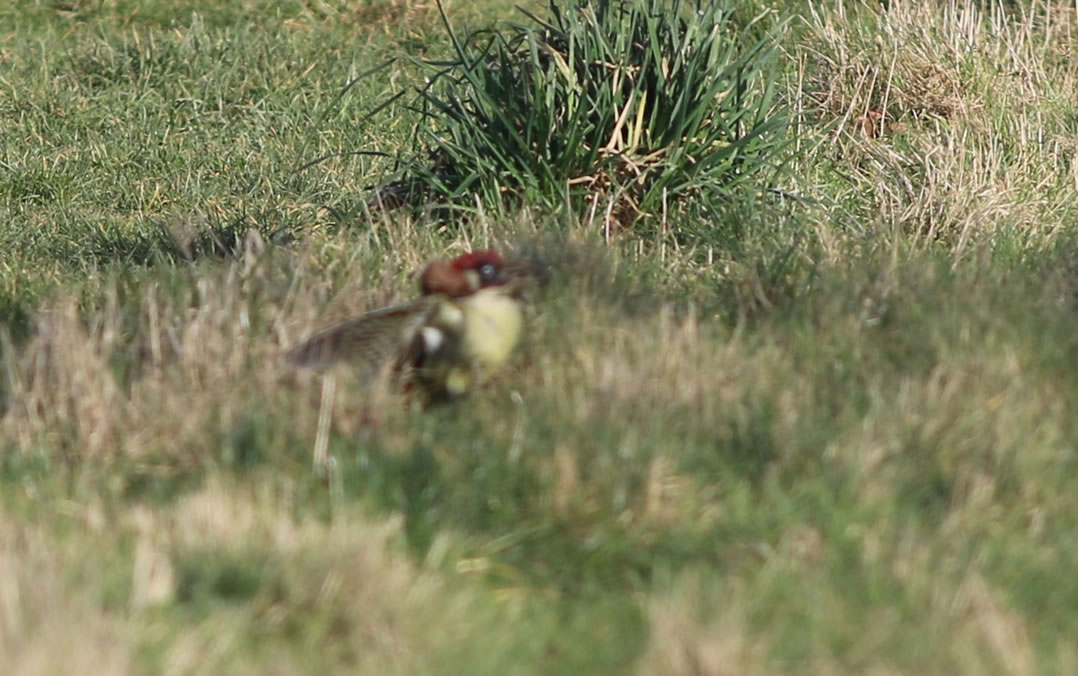 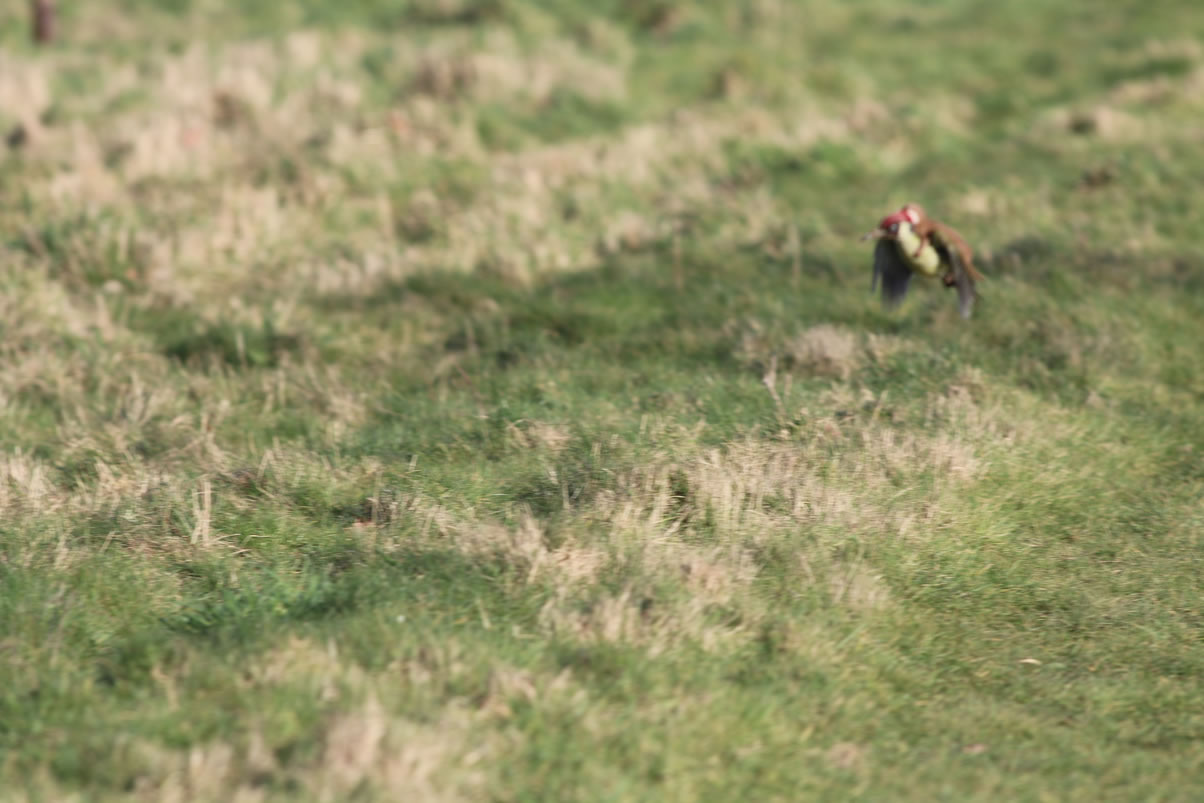 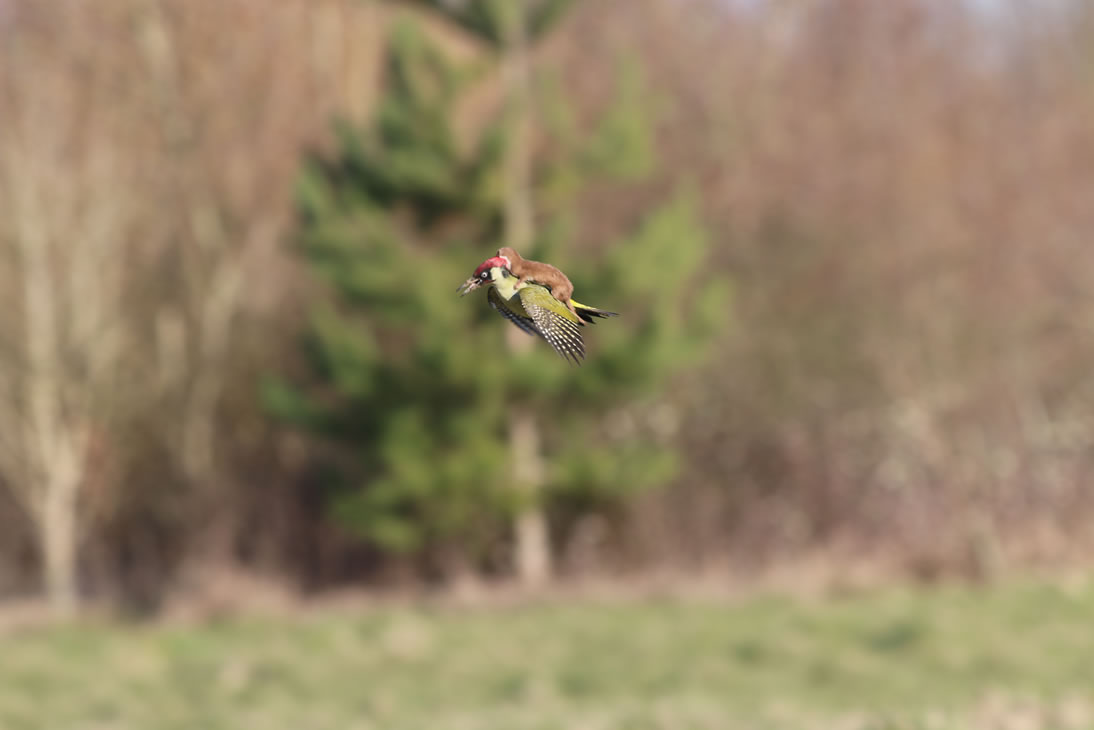 The woodpecker left with its life. The weasel just disappeared into the long grass, hungry.

The Internet Blew Up

Inevitably after the picture went viral, it became a meme. Here are our favorites.

#WeaselPecker Putin is EXACTLY what I needed while still at work at 10pm. pic.twitter.com/yioIW4Ynv6
— Rebecca Lewis (@lewisbecs) March 3, 2015

#WeaselPecker, sparked by an allegedly real photo of a weasel riding a woodpecker, has inspired some amazing memes pic.twitter.com/Br9o32nRPH — AJ+ (@ajplus) March 3, 2015

There are a lot of people making a lot of edits to #WeaselPecker – http://t.co/hmB4qdOuxF pic.twitter.com/qFeyWrf3cT — Daily Mirror (@DailyMirror) March 3, 2015

And of course, Miley

The whole story, in Martin’s words

As we walked we heard a distressed squawking and I saw that flash of green. So hurriedly I pointed out to Ann the bird and it settled into the grass behind a couple of small silver birch trees. Both of us trained our binoculars and it occurred that the woodpecker was unnaturally hopping about like it was treading on a hot surface.

Lots of wing flapping showing that gloriously yellow/white colour interspersed with the flash of red head feathers. Just after I switched from my binoculars to my camera the bird flew across us and slightly in our direction; suddenly it was obvious it had a small mammal on its back and this was a struggle for life.

The woodpecker landed in front of us and I feared the worst. I guess though our presence, maybe 25 meters away, momentarily distracted the weasel. The woodpecker seized the opportunity and flew up and away into some bushes away to our left. Quickly the bird gathered its self respect and flew up into the trees and away from our sight.

The woodpecker left with its life. The weasel just disappeared into the long grass, hungry.