What Exactly Is A Fiji Mermaid?

P.T. Barnum challenged naturalists and reporters to prove whether it was real.

Famous sideshow impresario, P.T. Barnum was the man most directly responsible for the birth, and rise to fame, of the legendary Fiji mermaid.

The hoax became reality when, in 1842, Barnum manipulated the New York Herald and two other newspapers to publish exclusive articles about these elusive mermaids. The rest is history.

Barnum was able to make his Fiji mermaid a hit, stumping naturalists and everyday gawkers alike. For decades people believed the creepy fish-like creature was, in fact, real.

Barnum was no stranger to forging exhibits for his American Museum, an early attraction that boasted oddities from around the world. The showman would go on to claim a slave he bought had been the nanny of George Washington and even had his own fake giant created.

Nearly 100 years later, Robert Ripley displayed the mermaid as a debunked hoax in his New York City Odditorium. The brain-child of P.T. Barnum, the Fiji mermaid, was nothing more than the torso of a monkey sewn to the back half of a large fish.

Today, Fiji mermaids can be found in Ripley’s Odditoriums all over the world. While a few are original sideshow pieces from traveling shows, some are remade by modern artists. 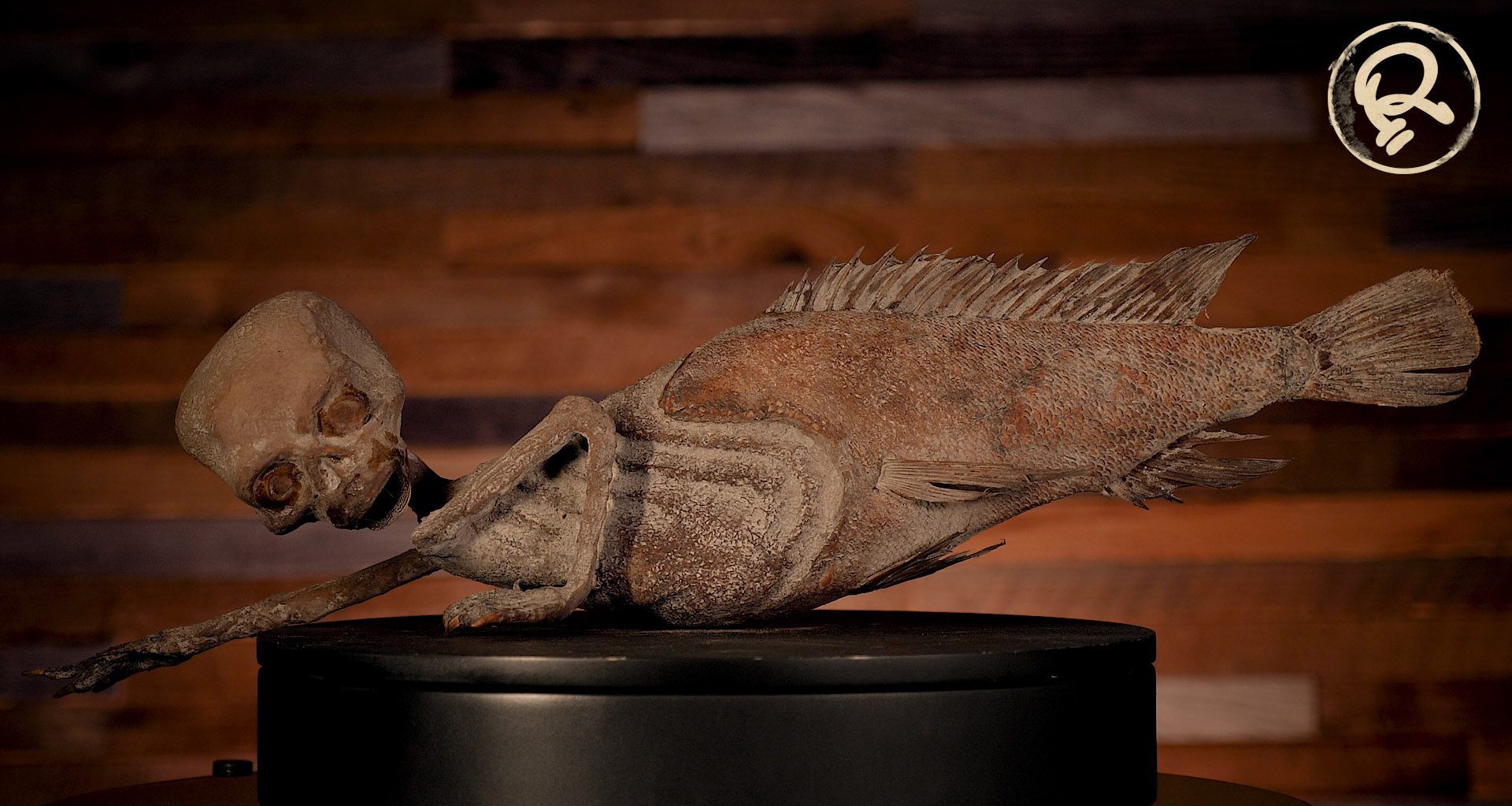 The specimen shown here is a modern replica made by Juan Cabana of Tampa, Florida. Some of Cabana’s mermaids have chicken feet hands, while others have alligator feet hands. However, they all have an understructure of carved styrofoam, with real fish skin stretched over the frame before being dried and painted.