The circle of life will keep turning no matter what direction it spins, and you never know when the tables could turn. 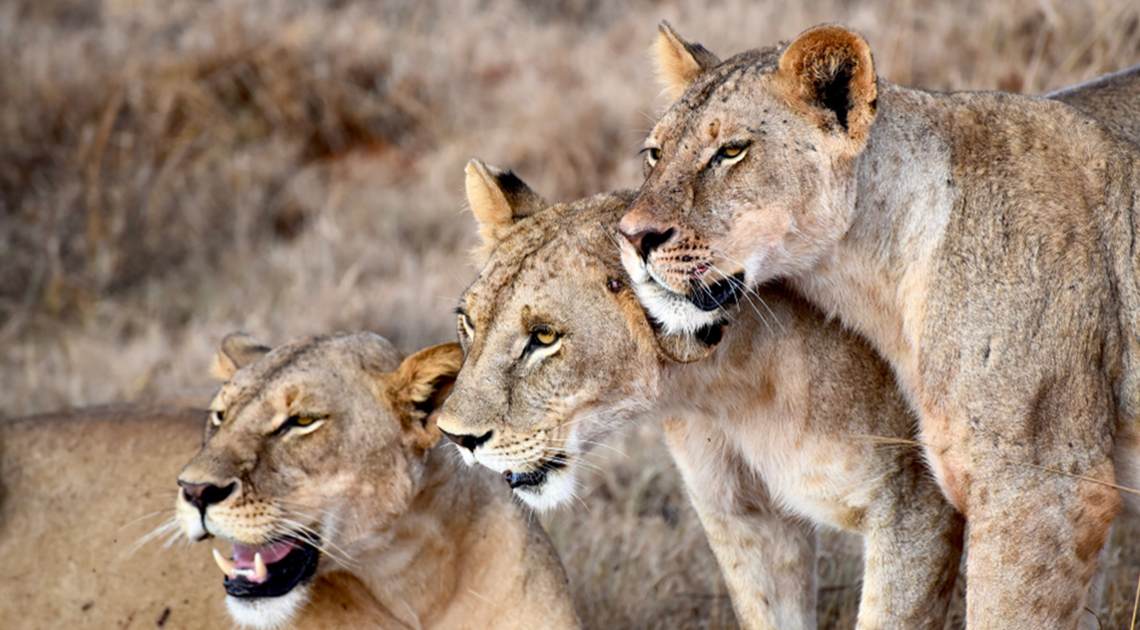 Lion eats antelope. Lion dies. Lion’s body becomes the grass. Antelope eats the grass. It’s the circle of life! But, sometimes, this circle spins in the opposite direction, and the hunters become the hunted.

When you think of the animal kingdom’s mightiest hunters, amphibians probably aren’t topping your list. But frogs and toads will eat just about any living thing that can fit in their mouths, and they do it quickly: a frog can snap its sticky tongue back into its mouth in less than fifteen one-hundredths of a second. Though, maybe they should consider taking our moms’ advice about slowing down when we eat into consideration. 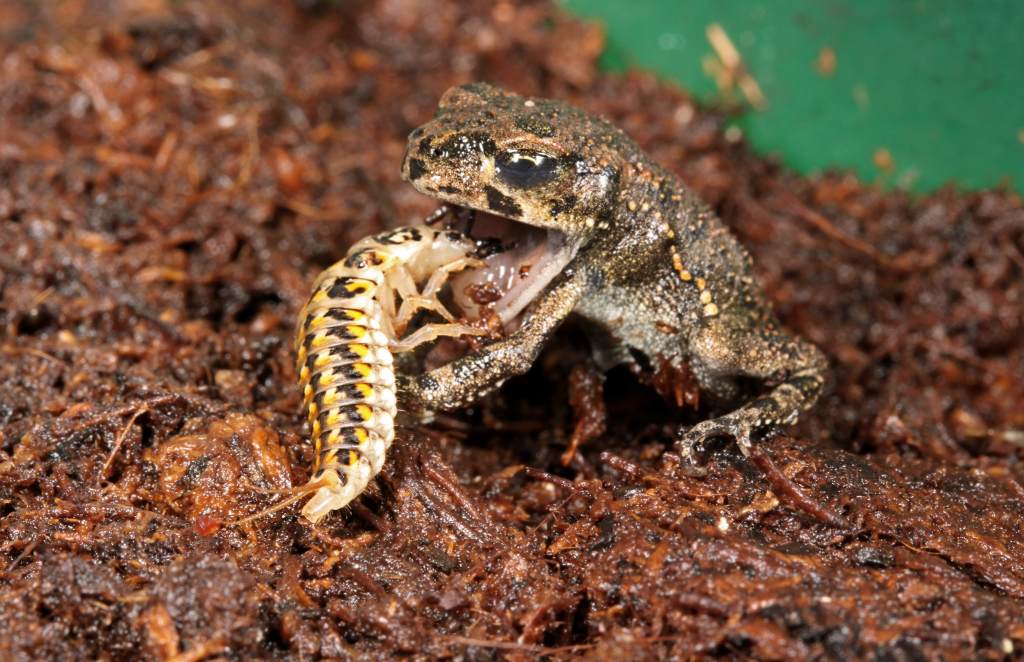 Beetle grubs are a favorite snack of frogs and toads, but the Epomis ground beetle has turned the tables on their would-be predators. The beetle larva will trick a toad into launching one of its quick attacks, but at the last minute, will dodge out of the way and latch onto the toad with its spiked jaw. Try as it might, the frog can’t remove the grub, which is slowly sucking the toad dry, eventually reducing it to just a pile of bones. Even the adult beetles display this unusual behavior, biting, paralyzing, and eating amphibians much larger than themselves. Way to stick up for the little guy, Epomis ground beetles.

One of the most bizarre examples of predator-prey reversal happened in 1983 off the coast of South Africa on two islands separated by just two and a half miles of water. One island was inhabited by an influx of lobsters, and the competition for food was fierce. On the other lived whelks, a type of marine snail and a food source for lobsters. Scientists wondered: why didn’t the lobsters make the trip to the other island and feast on the seemingly defenseless and abundant whelks?

A group led by Amos Barkai, a graduate student at the time, gathered a thousand of the hungry crustaceans and set them free amongst the all-you-can-eat escargot buffet. What happened next was what Barkai described as “a horror movie.” 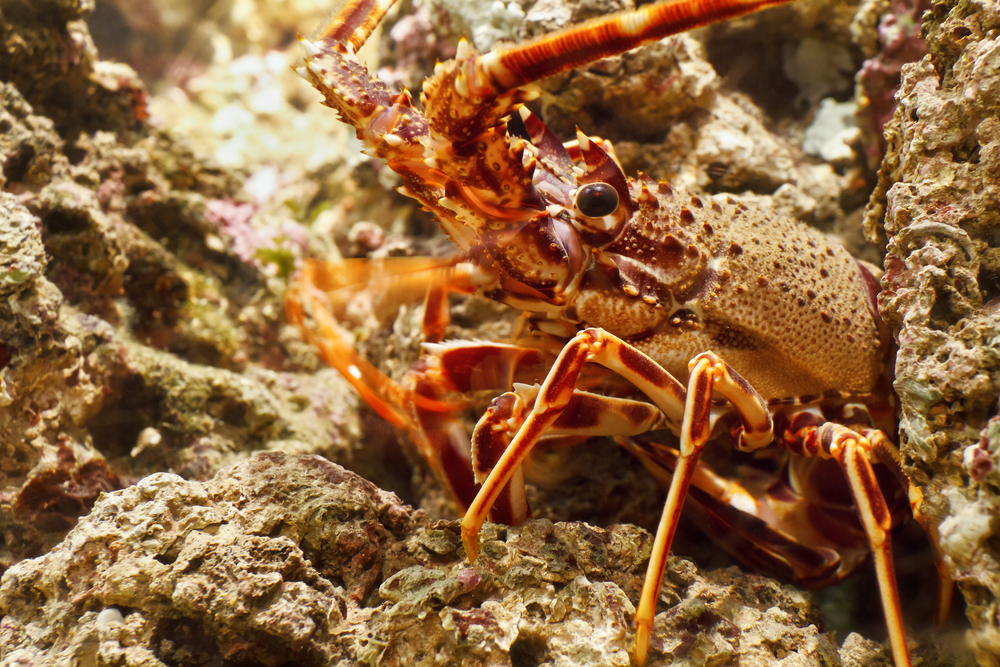 As soon as the lobsters were introduced, the whelks began to overtake them. Anytime the lobsters stopped moving, the snails climbed onto them, stuck to their legs, and began to feast. They penetrated the lobsters’ soft tissue around their eyes and joints, and then slurped up their insides. Within just 30 minutes, all one thousand lobsters were dead. Empty shells. No butter required.

While humans may be at the top of the food chain, making easy meals of lobsters, snails, frogs, and even bug larva, that hasn’t stopped us from becoming prey ourselves. Perhaps the most terrifying instance of this is the story of the Tsavo Man-Eaters.

In 1898, a railroad bridge was being built in Tsavo, Kenya, but soon after construction began, so did the killings. Striking in the night, a pair of lions with a seemingly insatiable appetite stalked the builders. Screams could be heard in the dead of night as these ferocious predators pulled men from their tents and into the wilderness.

Some accounts state that 135 people were eaten by the two lions that year, but company reports place the official figure closer to around 40. However, that figure doesn’t account for any nearby villagers that may have been killed by the lions, making the true number a mystery. 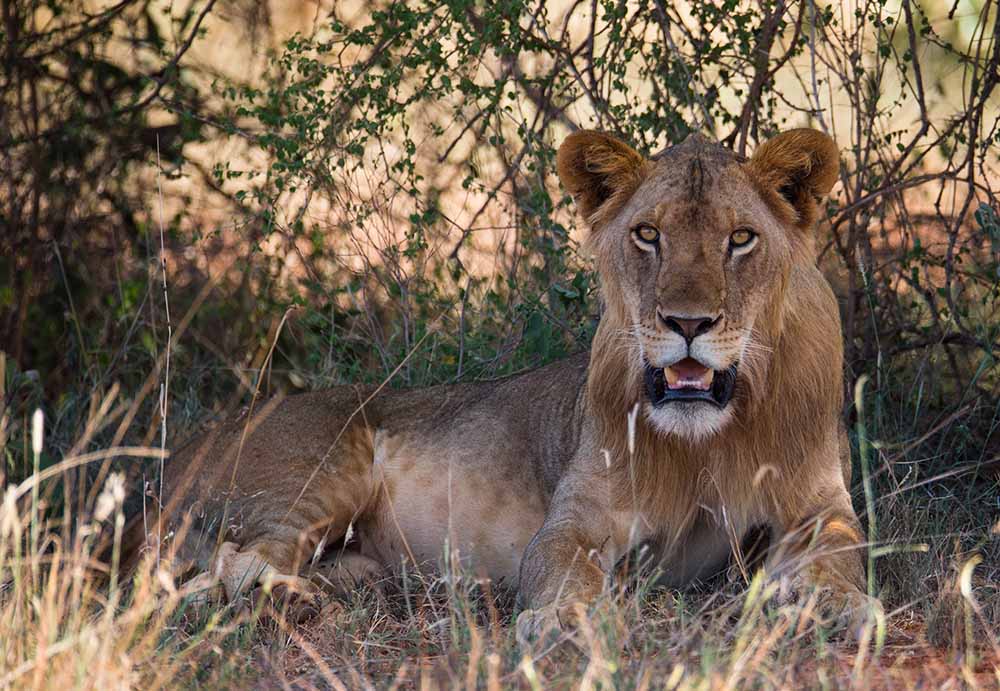 The lions were eventually killed after months of unsuccessful attempts, and upon their deaths, they were discovered to be maneless males, rogues without a pride. The reason for their killing spree is debated to this day. It’s possible they developed a taste for human flesh when dead slaves were left behind on nearby trading routes, or they might have had injuries that made it difficult for them to hunt their usual prey. Or perhaps even a combination of the two. Either way, the lions were taxidermied and can be seen today at Chicago’s Field Museum of Natural History.

The circle of life will keep turning no matter what direction it spins, and you never know when the tables could turn.