Who Was the First Woman to Bicycle around the World?

She didn’t know how to ride a bike until a few days before her journey began! 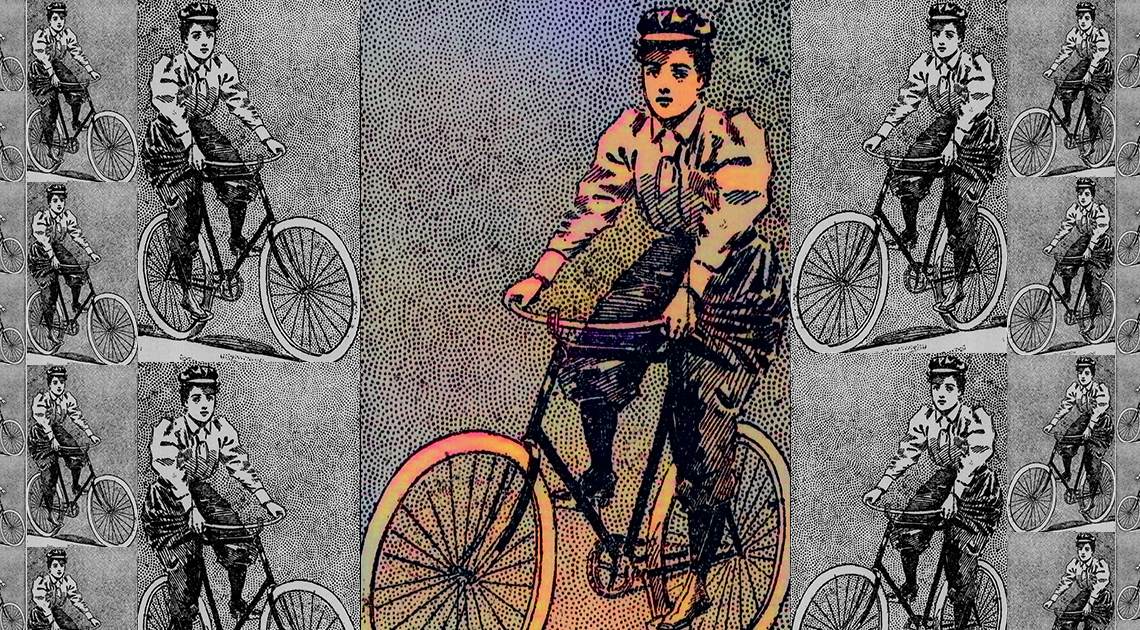 On June 25, 1894, Annie Cohen Kopchovsy, a mother of three from Boston, Massachusetts, set off on a cycling tour of the world that took 15 months to complete. Sponsored by Londonderry Lithia Spring Water Company, brand officials spotted her $100 to brandish an advertising placard on her bike and to temporarily change her last name to “Londonderry.” Remarkably, she had little experience bicycling, with only a few days of practice under her belt.

But what she lacked in experience, she made up for in chutzpah, allegedly winning a $20,000 bet in the process. Here’s everything you need to know about the Jewish mom-turned-adventurer and her fantastic global cycling tour.

An Unlikely Liberator of Women

The late 19th century proved an exciting and controversial time for women’s rights. By the 1890s, women’s suffrage represented a significant social movement and one that was changing society in a myriad of ways. Surprisingly, some of the technology we take for granted today was also disrupting the norm. The invention of the bike came with both enthusiasm and concern, especially in the context of women.

In the most traditional circles, people whispered about the invention’s potential threats to the “purity” of women. But among suffragettes like Susan B. Anthony, it elicited celebration. In 1896, Anthony famously remarked, “Let me tell you what I think of bicycling. It has done more to emancipate women than anything else in the world. It gives women a feeling of freedom and self-reliance.”

Annie Londonderry experienced the liberation of the bicycle firsthand. In late June 1894, she officially departed on her whirlwind adventure, just 24 years old at the time. To pursue her endeavors, she left a husband and three children behind. 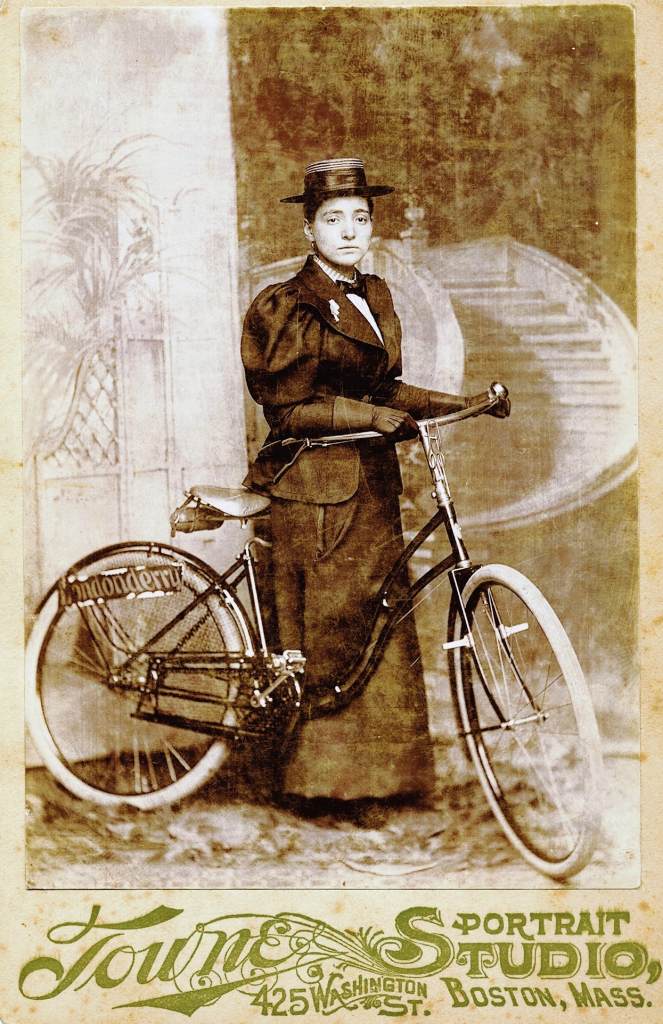 After departing Boston, Londonderry took three months peddling her way to Chicago, Illinois. When she arrived in the “Windy City,” she recognized some changes were in order. Chief among them? Swapping her bike for a lighter version.

From Chicago to France and East Asia

From Chicago, Londonderry made her way east for transatlantic passage via ship to France. There, she continued her unprecedented expedition, motivated by an alleged $20,000 bet between affluent Boston merchants. (The participants in the bet have never been named, leading to speculation the story was a fake.) Nevertheless, Londonderry took advantage of one of the so-called wager’s loopholes.

The wager contained no stipulations about how many miles she had to peddle to complete her journey. As a result, the would-be cyclist generously seasoned her adventure with transportation via steamers, ferries, and trains. Nevertheless, she didn’t shirk her responsibilities, either. After time spent in Europe, she peddled parts of Egypt, Sri Lanka, and Singapore. She also claimed to have cycled around Jerusalem, but experts have their doubts.

On the Road with Annie Londonderry

Along the way, Londonderry earned plenty of publicity and even received marriage proposals. The married mother-of-three turned these down with grace. But she didn’t always explain that she had a husband and family on the Eastern Seaboard. (Maybe she enjoyed the taste of romantic independence the excursion offered?)

Annie Cohen Kopchovsky (1870-1947), known as Annie Londonderry, is known as the first woman to bicycle around the world. She took fifteen months, setting off from Boston in June 1894, and arriving back in September 1895. pic.twitter.com/YWLdMsgyCA

The last leg of the journey involved biking from San Francisco to Chicago, an incredible feat considering the lack of infrastructure across the United States. After 15 months on the road, she completed her trip in September 1895, winning the bet. (Besides the physical journey, the wager supposedly included making $5,000 while on the road, an endeavor that proved a woman’s ability to fend for herself.)

During her journey, Londonderry shattered many notions about the female mystique. She wore a man’s riding suit and had a bold and charismatic personality. Some people accused her of abandoning her husband and children to complete her itinerary, but this was only a temporary situation.

As she navigated her 42-pound Columbia bike around the world, she captured the public’s imagination, especially in France. She also paved the way for greater freedoms for the so-called “fairer sex.” Londonderry excelled in public relations, and she loved promoting herself, two talents that came in handy as she traveled from one destination to the next.

If she lived today, she might earn the title “click-baiter.” Not only did she do plenty of lying, but she organized fantastical scenarios like a fake robbery at gunpoint near San Francisco, which conveniently enough, got photographed. Sources also say her biking skills remained mediocre at best. During one leg of her trip, from San Francisco to Los Angeles, the average pedestrian could’ve walked faster than she peddled. Nevertheless, it was all about first-wave feminist optics, and Londonderry provided them in spades.

Next post Does Stress Cause Gray Hair? Yes. Is It Reversible? Also Yes!