Spoiler alert: it's you. Learn more about how humans are the accidental “headshrinkers” of the animal kingdom. 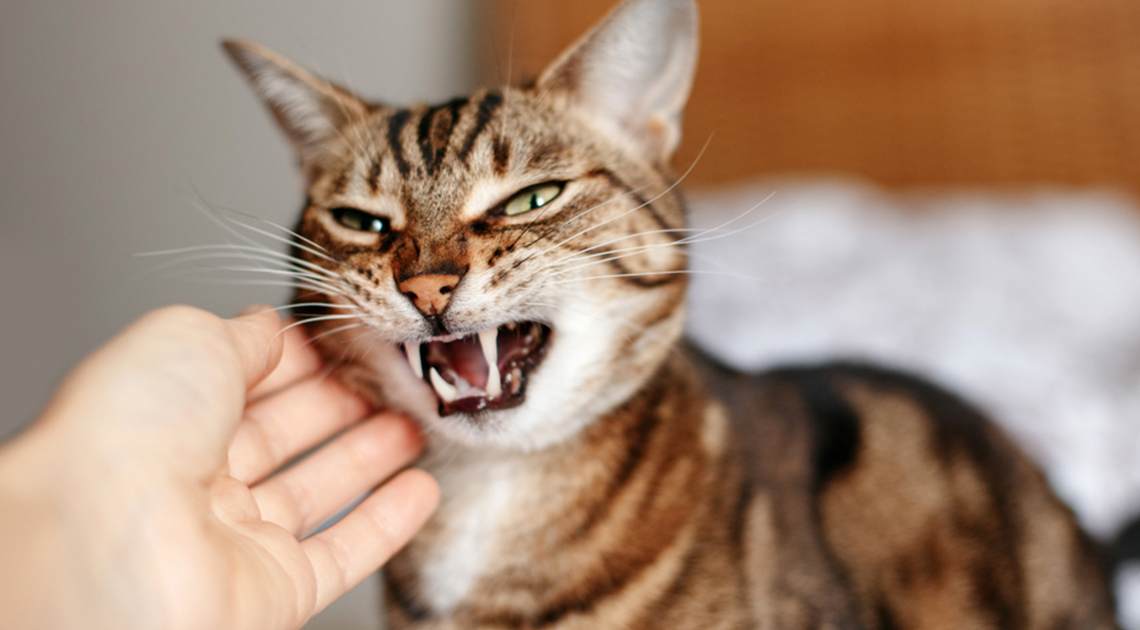 What comes to mind when you hear the term “headshrinker?” Perhaps psychologists and psychiatrists? Or maybe you think about groups like the Jivaro of northwestern Amazonia who, not so long ago, shrunk and preserved human heads as tsantas?

Whatever your first thought, we’d wager it doesn’t involve a good hard look in the mirror. But according to the latest scientific research, that’s exactly what you (and every other human being) should do. Especially if you’re a cat owner.

You see, new research demonstrates that humans have been busy inadvertently shrinking feline brains for at least the past 10,000 years. Keep reading to learn more about our accidental role in diminishing cat craniums and what it means for our feline friends.

Domestic Felines Versus Their Feral Counterparts

What happens when you compare the cranial measurements of domesticated cats with those of their closest feral cousins? That’s the question a group of researchers led by Raffaela Lesch, Ph.D., at the University of Vienna wanted to explore. So, they did A LOT of head measuring, both of domestic cats and their closest wild relatives from Africa and Europe. Since cranium size indicates brain size, their data gathering remained happily unobtrusive to their subjects. 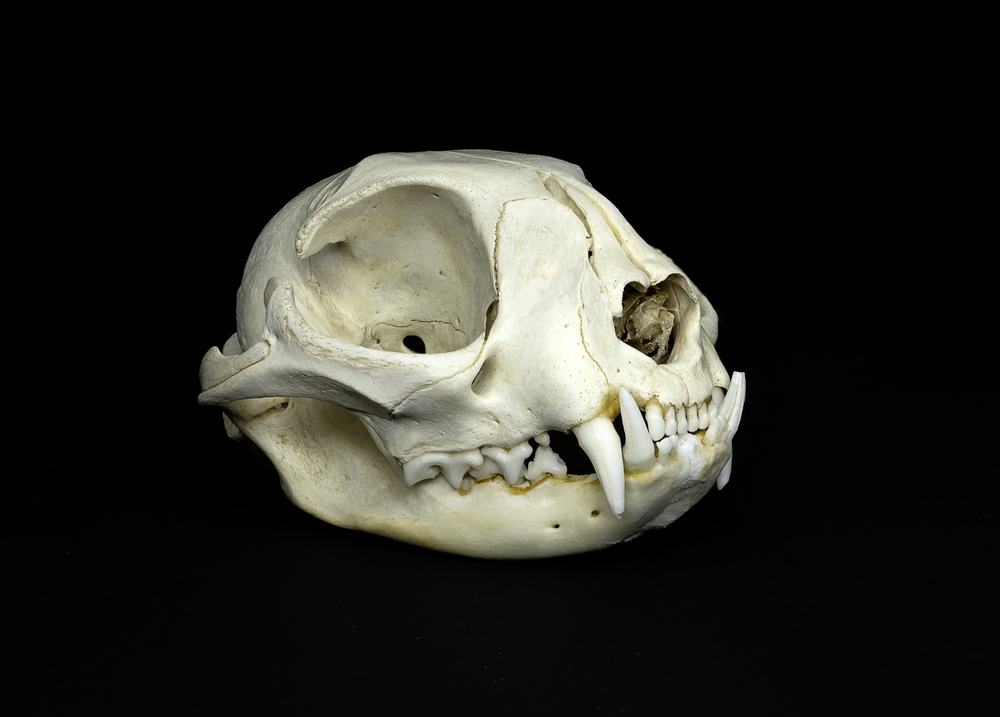 Through this research published by the Royal Society, Lesch and the team hoped to gain new insights into how millennia of domestication have impacted the morphology of house cats. And they also wished to better understand how breeding between domestic animals and wild ones might affect conservation efforts and survivability rates. Although scientists have long understood that domesticity impacts brain size, the teams’ findings still proved remarkable.

Domesticated felines have seen significant cranial shrinkage over the past ten thousand or so years. In some cases, it amounts to 25 percent smaller skulls and brains than their wild peerage. Sorry, Garfield! The researchers also found that in cases where wild and domesticated cats breed, the cranial measurements of their offspring fall smack-dab in the middle. In other words, the viability of these kittens may be diminished, especially if forced to make their way into the wild.

Lesch and the team’s findings support an expanding body of research showing that domestication is a major driver of physiological adaptation over time. The researchers noted, “Changes to cranial volume have been well documented across [domesticated] species, including sheep, rabbits, dogs, and many more.” 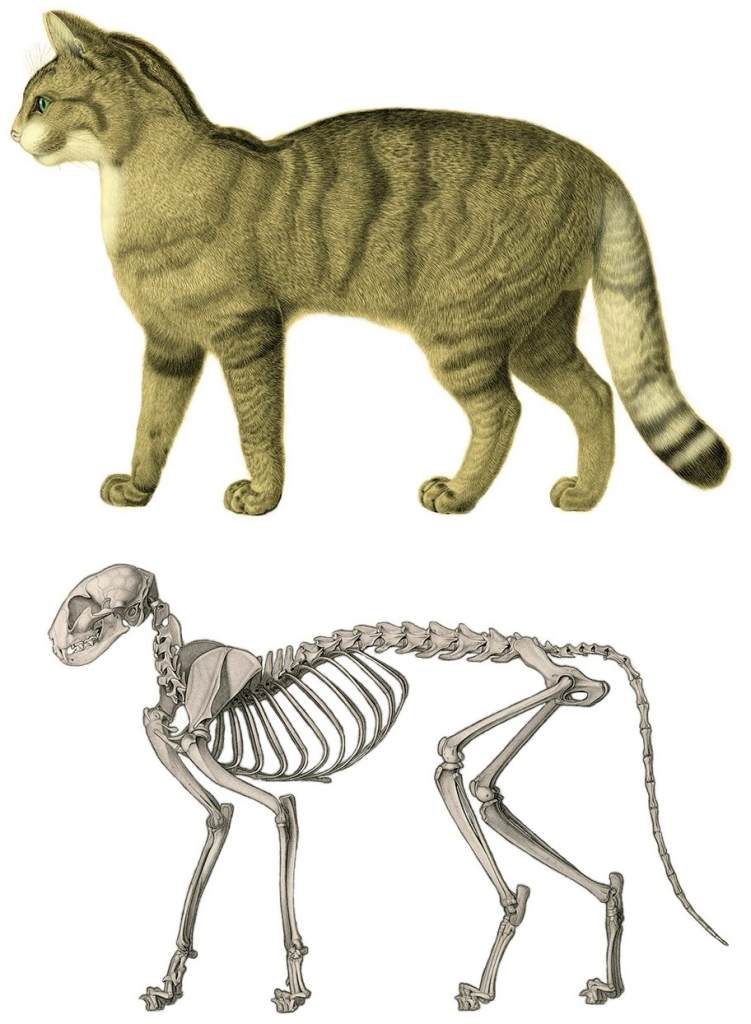 But why shrinkage? Researchers believe it relates to selection for tameness in the domesticated animals, resulting in fewer brain cells associated with migration, fear, excitability, and other key characteristics related to life in the wild. These changes to stress response might manifest in physical ways over time. . . like smaller brains.

Underestimate Felines at Your Own Risk

That said, don’t assume that just because your domestic cat’s brain is smaller, they’re any less clever than their wild ancestors. Morphological changes to head size indicate characteristics like domesticity have taken precedence over others like hunting. But if you’re a cat owner, you can rest assured your furry friend is still the cat’s meow. And while you might be the headshrinker in your feline’s life, know they’re returning the favor.

Doctor of Veterinary Medicine Ellen Lindell notes, “As humans, we agree to be trained [by our cats]. We do things that our cats want because it’s part of a relationship that benefits us both. It’s a give-and-take relationship — a friendship between two different creatures.” In other words, cats may be impacting our brains, too. But who’s measuring?

Next post How Pepsi Came To Own A Soviet Naval Fleet