Believe It or Not! BioWeird Minute

Chillin' out maxin', relaxin' all cool with the Fresh Prince of West Philadelphia. 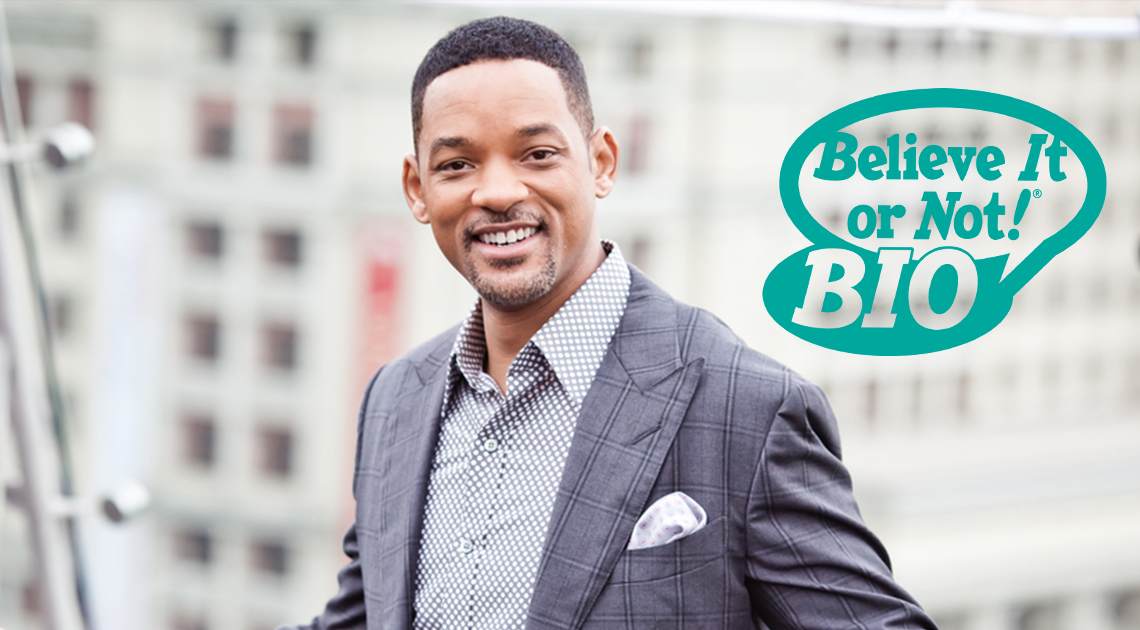 From struggling rapper to 90s icon and movie megastar, Willard Carroll Smith Jr. has led one wild ride of a life so far. Better known as Will Smith, one of Hollywood’s most prolific and beloved actors, he’s taken on roles from Muhammad Ali in Ali to the wish-granting Genie in Aladdin. His talents and charisma are familiar all around the world, but there are a lot of incredible things about him that even his biggest fans don’t know.

Let’s “get jiggy” with some of the fresh facts about the Fresh Prince of Bel-Air, from the world record he held to his mad skills with a Rubik’s Cube. 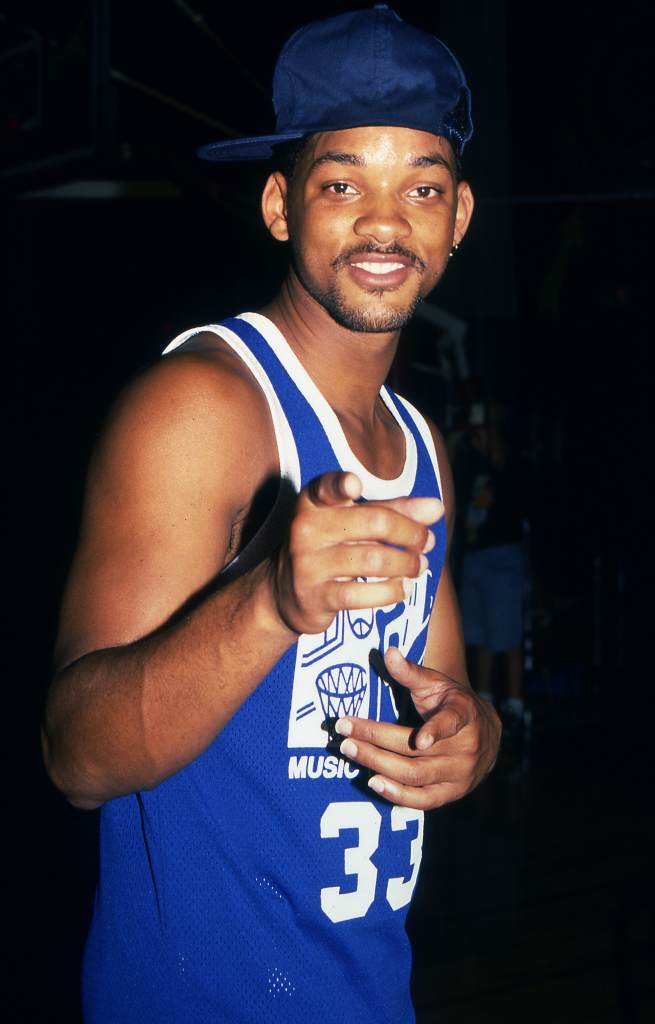 Will Smith is the only actor to gross $100 million domestically with eight movies in a row.

Even the biggest stars make mistakes every now and then, but Will Smith has done a fantastic job of picking out the best roles for himself—aside from turning down a role as Neo in The Matrix to make the tremendous flop that was Wild Wild West.

Over a period from 2002’s Men In Black II to 2008’s Hancock, Will Smith released eight movies in a row grossing $100 million in the United States, giving him the record-breaking title. No other actor since has released more consecutive movies with this monetary box office success! And as if one record wasn’t enough, Will also starred in Sony Pictures’ highest-grossing R-rated movie to date—Bad Boys For Life.

Will Smith became a millionaire before the age of 18.

Before ever becoming an actor, Will Smith had aspirations to make it as a rapper. Born in Philadelphia, Pennsylvania, Will was born into a place where he claimed, “everybody is a rapper.” The environment and influence of his hometown no doubt certainly inspired his decision to get into the music scene. And though he was young, his dreams were big and his successes to follow would even bigger. 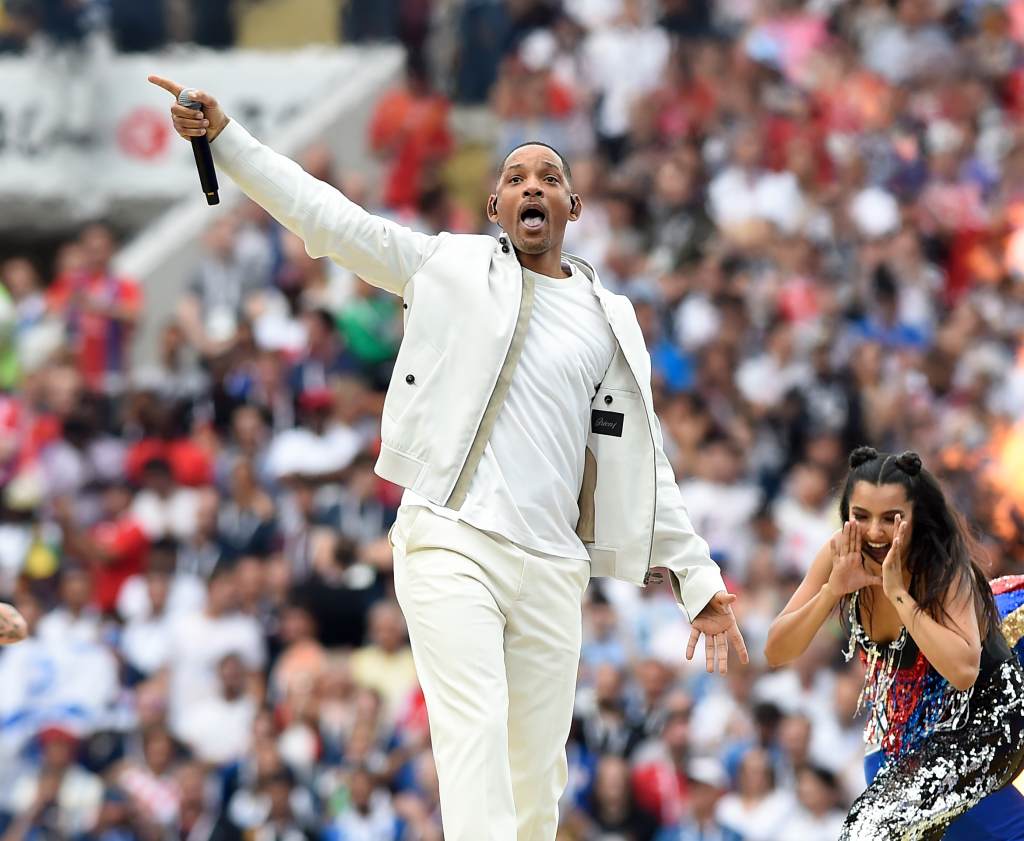 Will met long-time collaborator and good friend, Jeff Townes, also known as DJ Jazzy Jeff, at the young age of 16, and it quickly became clear that the duo would do great things together. They began working on new music, breaking through with the massive debut single “Girls Ain’t Nothing But Trouble.” This laid the foundations for the album Rock The House (1987), that truly launched his career. The album reached number 83 in the Billboard Top 200, and before his eighteenth birthday, Will was a millionaire!

Will Smith has been his adult height since he was 13 years old.

One thing that many fans just love to find out about their movie star idols is their height. After all, if you’ve only ever seen somebody on the big screen, it’s a tough thing to gauge or to really imagine. As far as Will Smith is concerned, that’s an easy question.

Will Smith is now 51 years old, and the answer to his often-searched height hasn’t changed since he was 13 years old! He stands 6 feet 2 inches tall, reportedly having gained 60 pounds or so since he first hit this height almost four decades ago.

Will Smith’s home is equipped with paperless toilets.

Not only do celebrities drive trends for fashion and the like, but they also have enormous audiences to influence and inspire. Will, free to enjoy the very best of everything, has an ecologically conscious side. And, as a result, he’s a huge proponent of paperless toilets, which allows him to be more green and please his gadget-loving nature! The actor uses a loo that sprays water and air on toilet users’ backsides.

“It’s a gift from heaven, believe me,” he stated in 2007. “People think it’s all about suction and that they’re going to have their insides removed by this marvel of modern engineering—but it doesn’t suck, it blows.” Luckily, he’s still considerate of those who may not be so forward-thinking when it comes to their toilet habits: “not everyone can handle this thing emotionally, so I’ve made sure I also have a few normal toilets in my house,” he added.

Will Smith can solve a Rubik’s Cube in 55 seconds.

In any movie or television show, characters often perform surprising feats that make us wonder whether or not the actor or actress can actually perform these talents in reality.

In The Pursuit of Happyness, Will’s character tangles with a Rubik’s Cube. This appearance not only brought the puzzling device back into pop culture, but it also left fans wondering if the actor was really capable of solving the cube as quickly as it seemed in the film.

Ever the professional, Will didn’t want a hand double or any other sort of trickery for this scene, explained Tyson Mao, world blindfolded Rubik’s Cube solving champion and creator of the World Cube Association. Mao taught Smith the basics and the actor perfected the art by practice until he could solve the puzzle in just 55 seconds.

Will Smith has a passion for chess.

The Will Smith that fans are familiar with from The Fresh Prince of Bel-Air is an energetic, enthusiastic, and caring young man, with a mind-boggling 90s fashion sense that is absolutely second to none. He’s got the street smarts, but the show provides no inclination at all towards scholarly pursuits.

The aspect of Will’s life we are presented with throughout the Fresh Prince series doesn’t exactly allude to a young man with a passion for chess. However, Will has thanked his father for teaching him to play the game, commenting that it taught him crucial principles of how to live life, including a few that he tries to pass on to his own children.

“The elements and concepts of life are so perfectly illustrated on a chessboard,” he has said. “Whatever move you’re going to make in your life to be successful, you have to accurately access the next couple of moves–like what’s going to happen if you do this? Because once you’ve made your move, you can’t take it back. The universe is going to respond.”

Barack Obama has tipped Will to play him in a hypothetical movie.

Will’s high cachet in the film industry has given him the opportunity to play the part of some truly incredible people. From Muhammad Ali in Ali to Dr. Bennet Omalu in Concussion, these are some lofty roles.

Incredibly, according to Will, Barack Obama would be more than happy for the actor to play him in a movie. “I talked to Barack about it,” Smith said on an episode of Carpool Karaoke in 2017. “He told me that he felt confident that I had the ears for the role.” High praise indeed!

Will Smith held the Guinness World Record for most public appearances in 12 hours.

Another thing that Will’s fans have always admired him for is his strong worth ethic. The actor has stated many times, it is not status, fame, or fortune that leads to success, but our willingness to keep pushing to improve ourselves.

And Will certainly practices what he preaches. During the promotion of hilarious rom-com Hitch in 2005, he traveled across England, making three separate appearances in Manchester, Birmingham, and London within a 12-hour span! Greeted by thousands of fans in each city, Will was dressed casually in a camel coat, jeans, and leather cap for each of these red carpet affairs.

This endeavor officially held a Guinness World Record until 2009 when it was surpassed by Indian actor, Abhishek Bachchan. For his movie Delhi 6, Bachchan made red carpet appearances at an astonishing seven different cities in his home country in the same time period of just 12 hours.

You can spend a night in The Fresh Prince of Bel-Air mansion.

In honor of the show’s 30th anniversary, The Fresh Prince of Bel-Air mansion will be available those L.A. local residents lucky enough to secure a room in the iconic 90s home. Renters can try their luck at a night using the Airbnb website beginning on September 29th. Only groups of two locals will be able to experience this epic sleepover experience each night, but the lucky duos will have access to Will’s entire side of the house.

During the one night stay, guests will have access to the poolside lounge area, a dining room, and a room fit for the Fresh Prince himself. The bedroom includes a basketball net and turntables to spin classic songs on. Other perks include access to Will’s wardrobe and a virtual welcome by DJ Jazzy Jeff.

And, if you aren’t local to the Los Angeles area, or you aren’t one of the lucky few to secure a spot in the home, you can find a sneak peek of what’s inside on the Airbnb website—or by shamelessly scrolling the always-entertaining Instagram profile of Will Smith himself.

YOOOO!! Y’all think we should rent out the @freshprince house?? We’re making it happen with the squad at @airbnb!! #FreshPrince30th 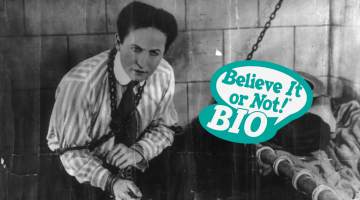