Man Builds Entire World Map in His Back Yard

One stone inspired him to spend the next 25 years of his life creating the map. 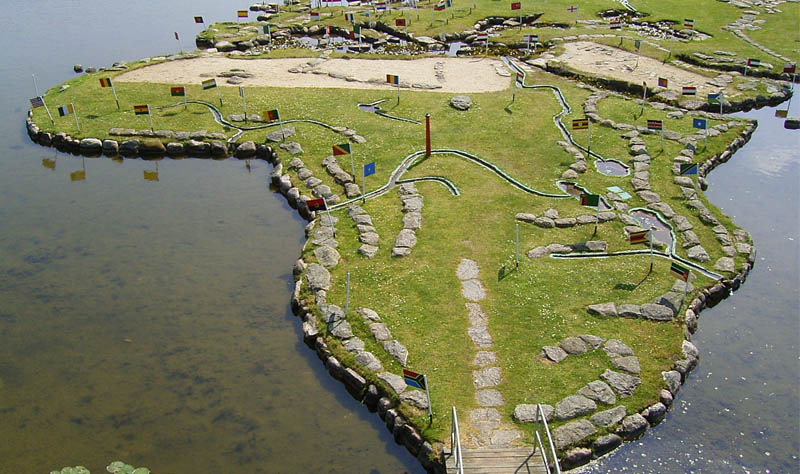 What do you do once you’ve traveled the world, walked across countries, and seen every continent? Obviously, get a danish at the coffee shop across from the miniature Pacific Ocean.

The Sculptor of Continents 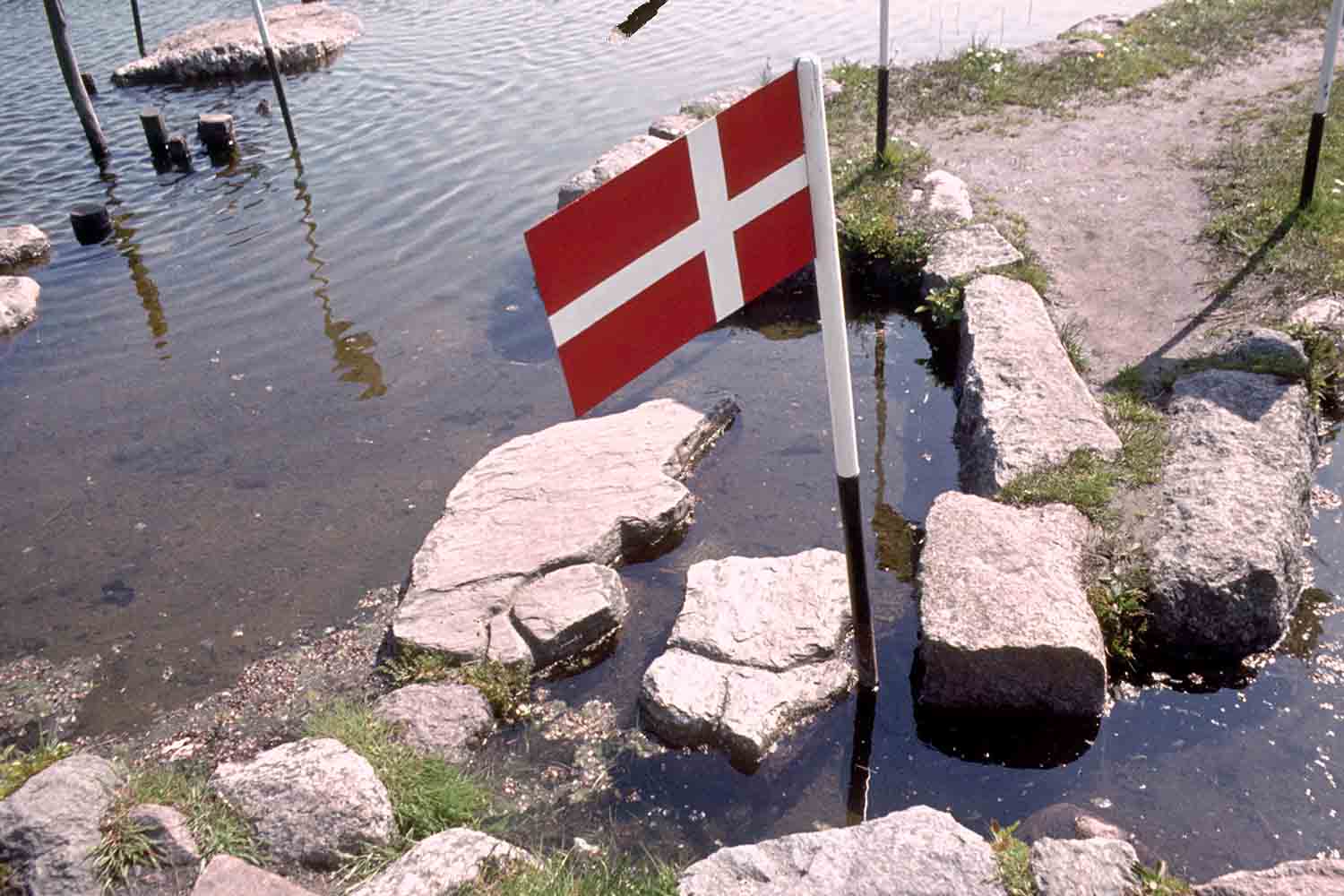 The rock that started it all./CC Frank Vincentz

After 20 years abroad, Danish Søren Poulsen returned to his home at Lake Klejtrup.

While working at the lakefront in his backyard, he discovered a rock that he thought looked like the Denmark peninsula of Jutland.

This one stone inspired him to spend the next 25 years of his life creating a world map on the lake.

The map is made of just stone, dirt, and grass. Paulsen made the whole thing using just a wheelbarrow and a few hand tools. Some of the rocks he moved to the lake weighed over 2 tons!

Verdensorket (Map of the World)

The finished map measures 4,000-square-feet and is entirely to scale; 11 inches represent 69 miles.

To make up for the planet’s globular shape, the Northern Hemisphere is marked in two places. Small flags mark various countries around the world, while red poles mark the equator. 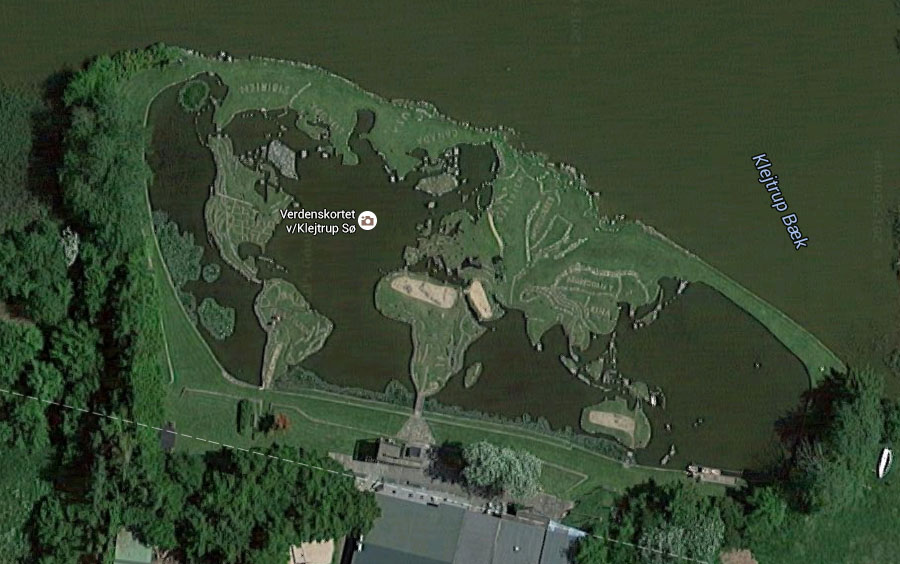 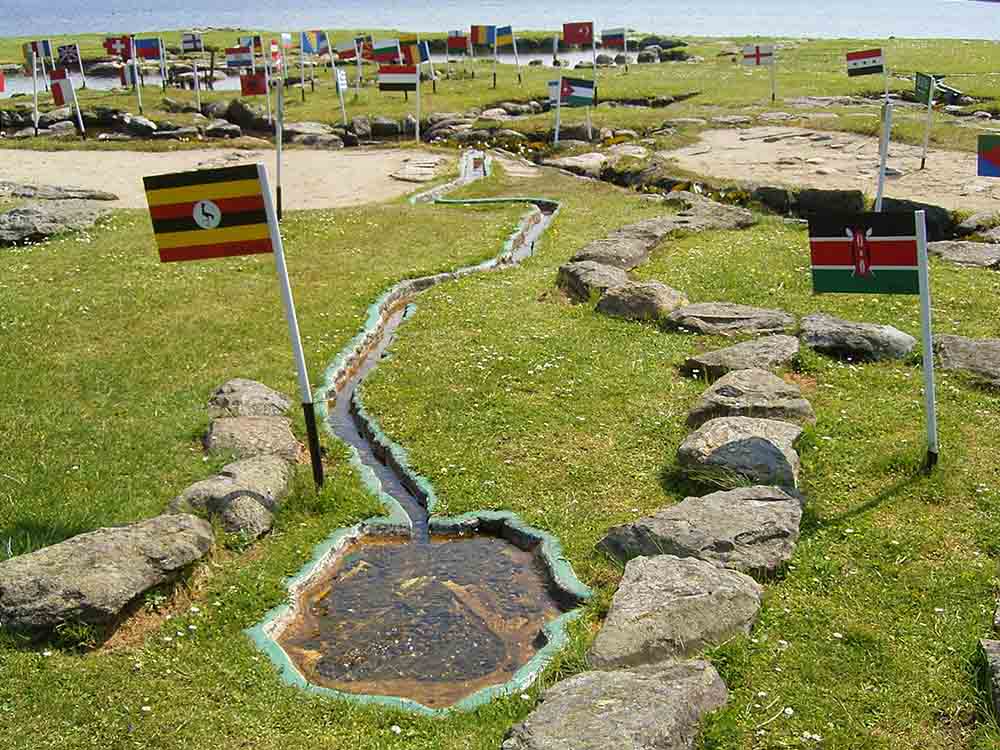 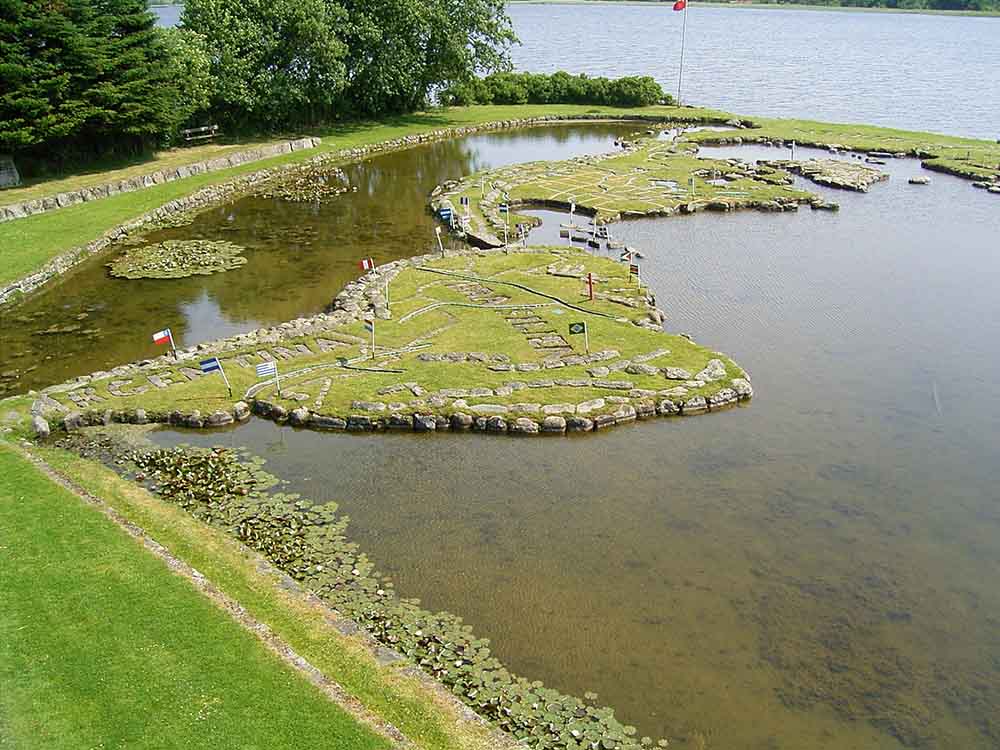 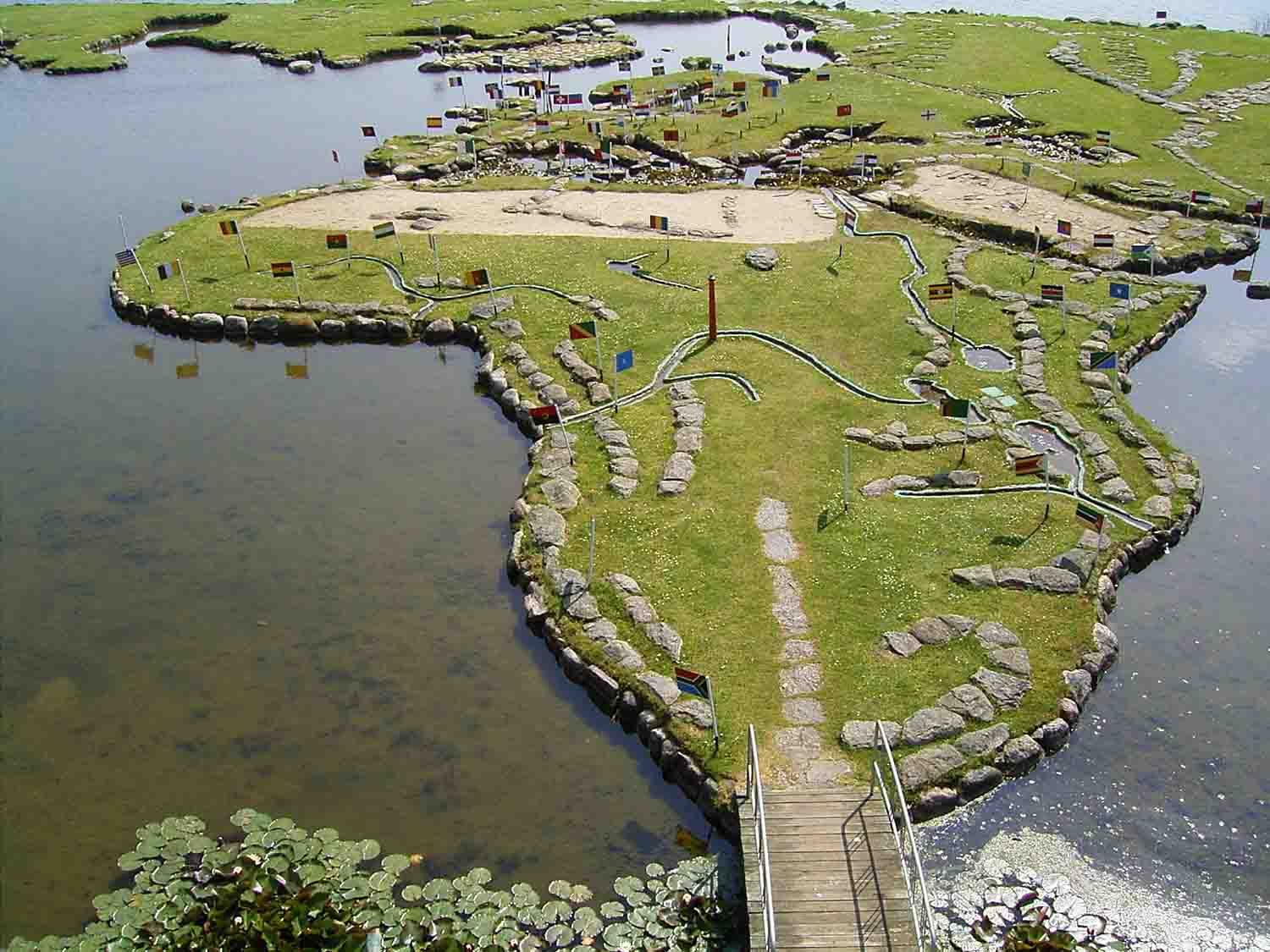 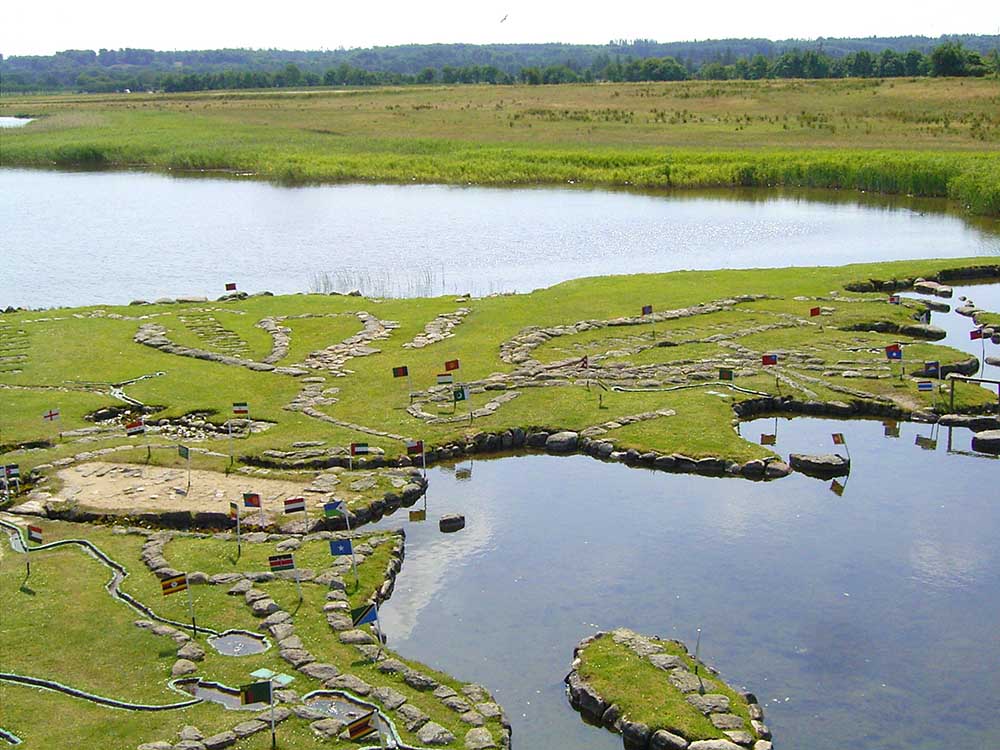 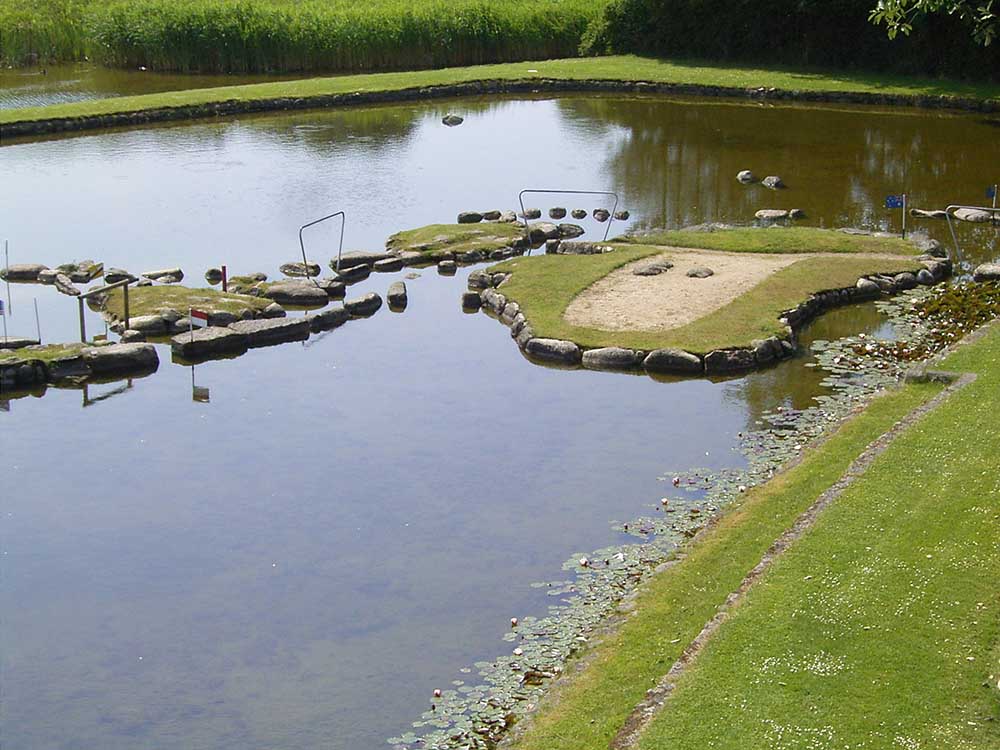