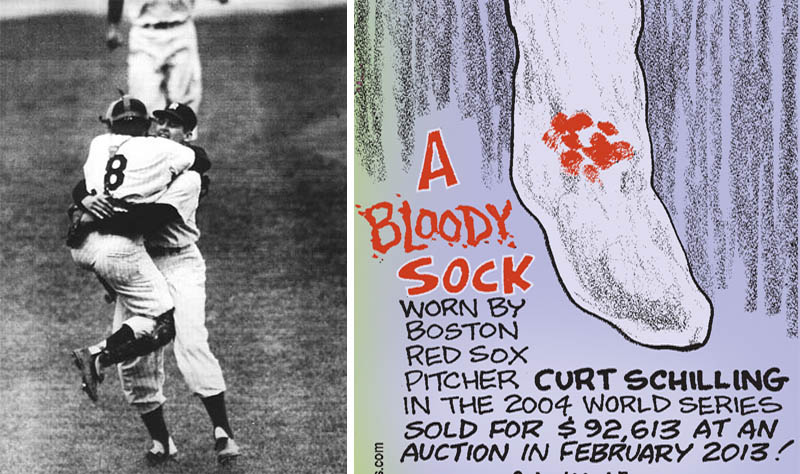 Frank Cosetti played and coached with the Yankees for 37 consecutive seasons, participated in 23 World Series and earned 17 championship rings.

Yogi Berra has appeared in the most World Series (21) either as a player, coach, or manager. He’s also played the most series (14) and won the most (10)!

Don Larsen is the only person to pitch a perfect game in the World Series! Not a single Brooklyn Dodger reached a base in game 5 in the 1956 World Series. 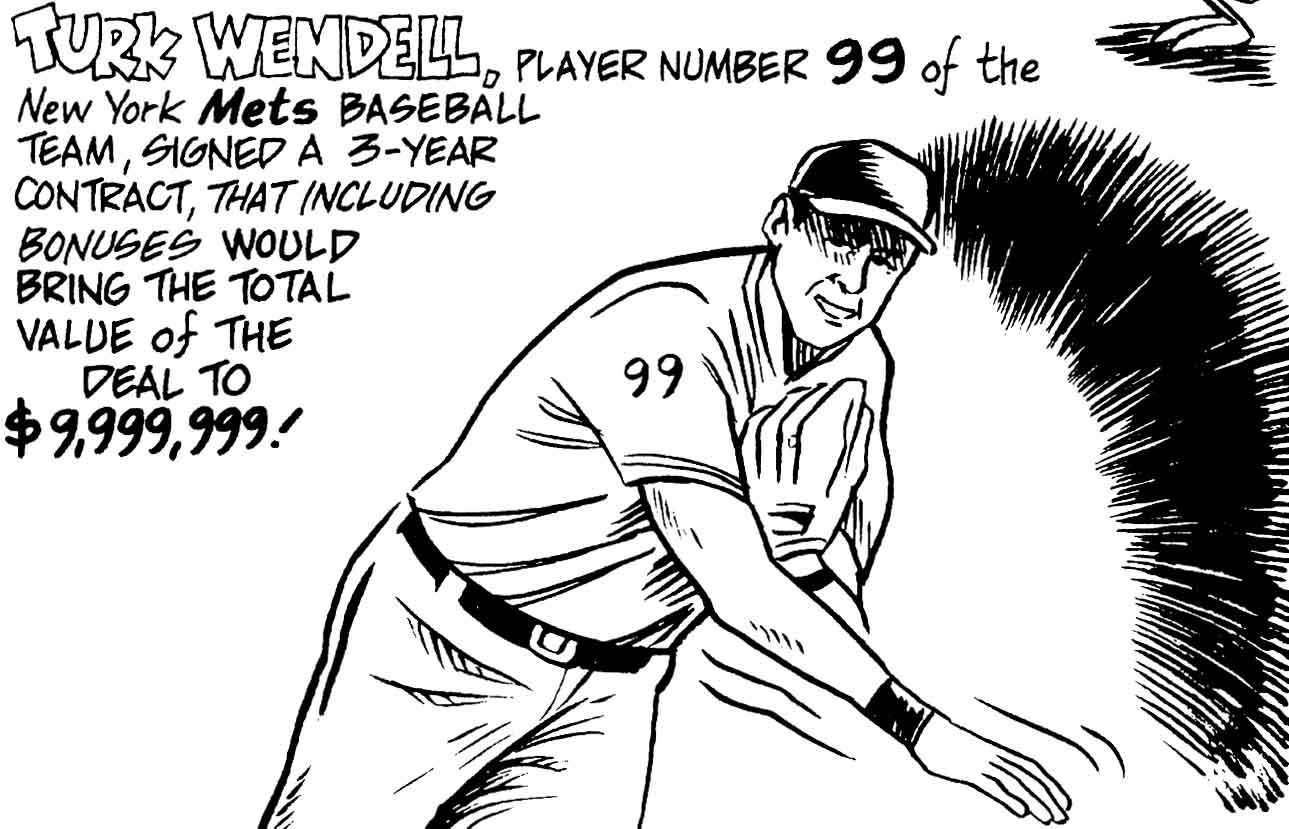 Red Sox pitcher Curt Schilling was fresh from foot surgery when he pitched the 2004 World Series – his foot bleeding almost the whole time. Schilling helped the Sox win their first championship in 86 years.

His bloody sock was auctioned off for $92,613 and now resides in the baseball Hall of Fame.

John Sturm is a man of firsts:

In the 1944 World Series all games were played at Sportsman’s Park in St. Louis because both the Browns and Cardinals called the same field home. 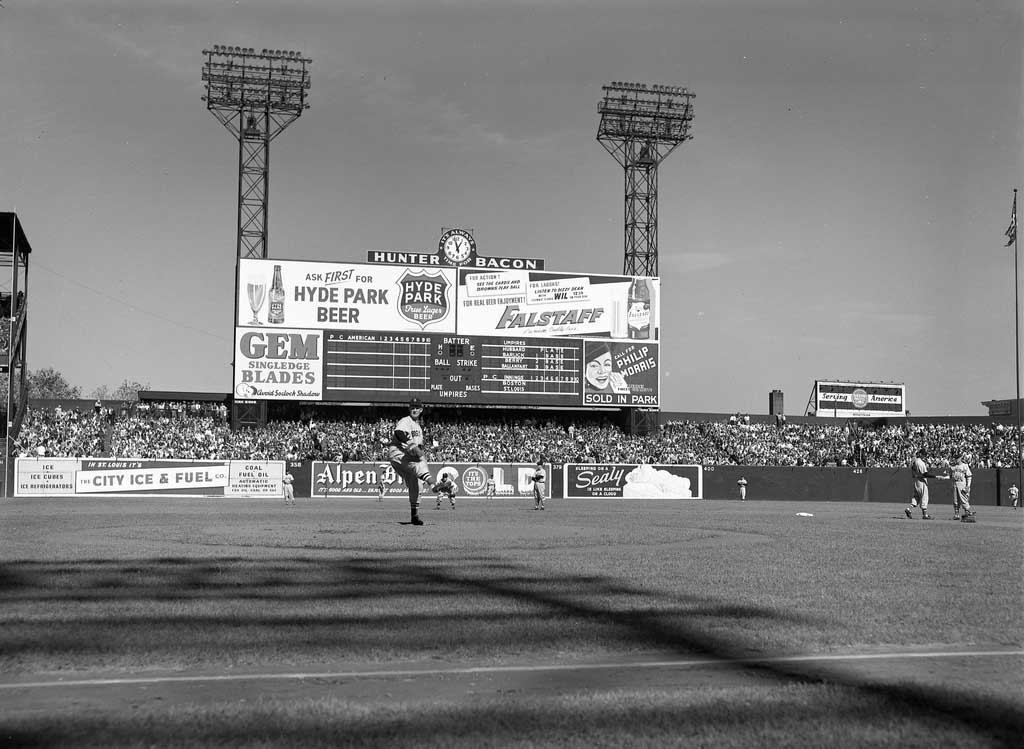