Before masks, soldiers would sometimes use urine-soaked rags to cover their faces.

As trench warfare became the dominant means of combat during the first World War, toxic gases that could seep into enemy encampments and inflict deadly, morale-crippling damage emerged.

Chlorine gas was the dominant weapon, inflicting damage on the eyes, nose, throat, and lungs. As the poison spread into trenches filled with tired, wars-hocked and soggy soldiers the coughing would spread, igniting days or weeks of pent-up claustrophobia. Sometimes, the gas wasn’t meant to injure enemies directly, but just cause enough panic to send them over the trench wall in terror. The regions between trenches, however, were known as “no man’s land” for a reason. Without the protection of their ad-hoc subterranean bunkers, soldiers became easy-pickings for enemy machine-gun fire.

A gas attack could take an unprepared regiment by surprise, but as training caught up, soldiers became prepare for dealing with chlorine gas. Luckily, they could be easily countered by covering a soldiers mouth with water or urine-soaked rags. Since the chlorine was water soluble, decontamination and cleanup were relatively easy.

Mustard gas, however, was much harder to stop, and much more damaging. Contact with mustard gas could quickly cause second and third-degree burns. Easily able to blister skin, and blind soldiers, the toxic gas would ravage a person’s lungs.

To combat the potential danger of debilitating and deadly gas attacks, each country’s military quickly began researching apparatuses for protecting their soldiers. The gas masks they developed had to completely protect soldiers from deadly gases and protect their eyes. If the mask couldn’t reliably seal to the face of a soldier, they were worthless. The task of creating an effective mask that could fit the faces of tens of thousands of soldiers wasn’t easy, but the Allies eventually settled on the design seen here. 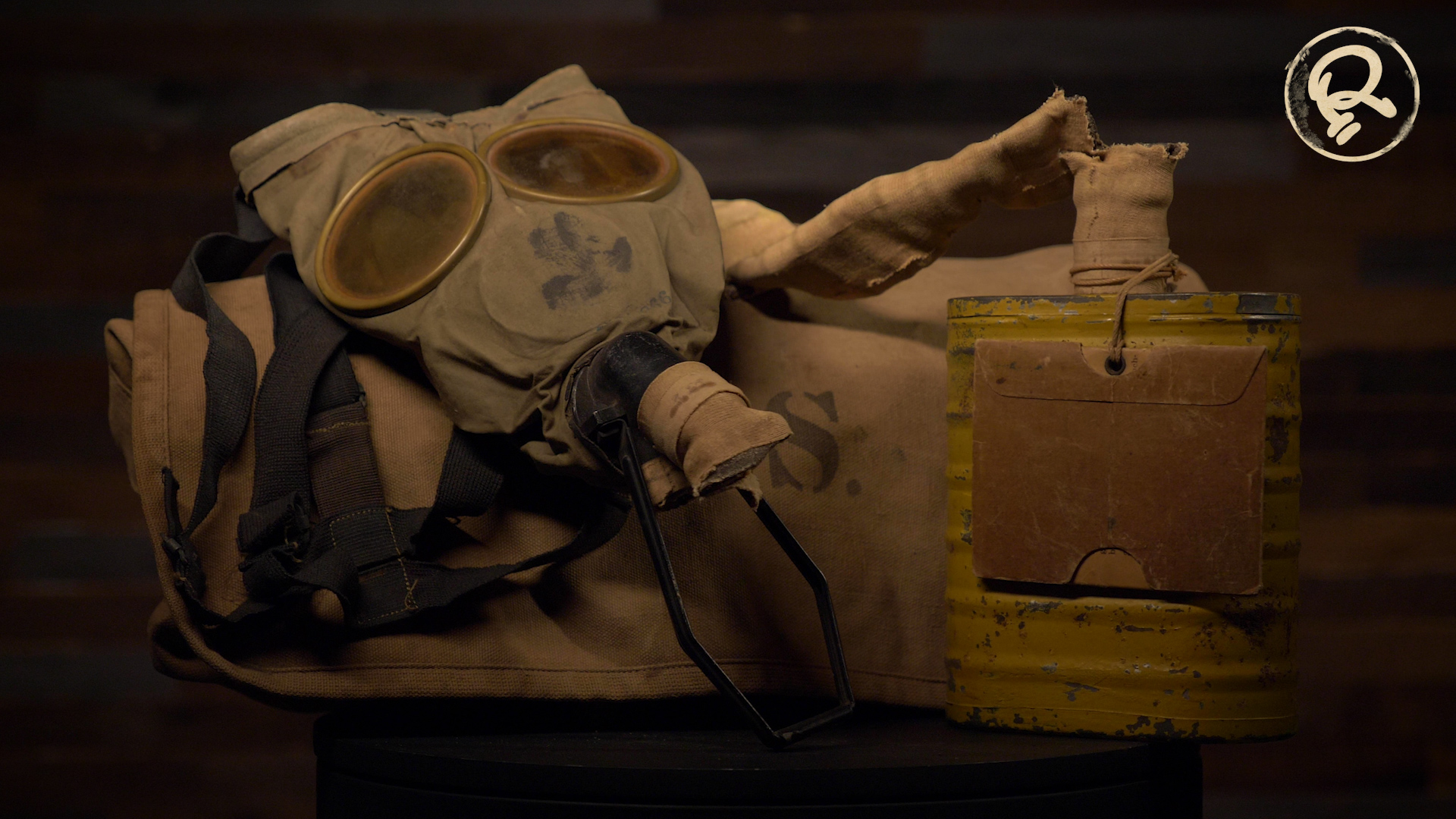 A small box respirator type designed by the British, this mask filtered air through a charcoal-filled container. Soldiers were trained to properly strap the masks to their faces to prevent any toxins from leaking in. Just in case, the mask also had a tight-fitting nose plug. Since a gas attack could happen at any moment, soldiers carried their masks everywhere and underwent many drills to put them on quickly.

Donning their mask was just the beginning for a soldier. Once safely protected from the gas, a soldier had to navigate a clouded battlefield to fight their enemy. Under labored breathing, reduced visibility, and the threat of third-degree burns if their equipment failed, soldiers also had to fight! 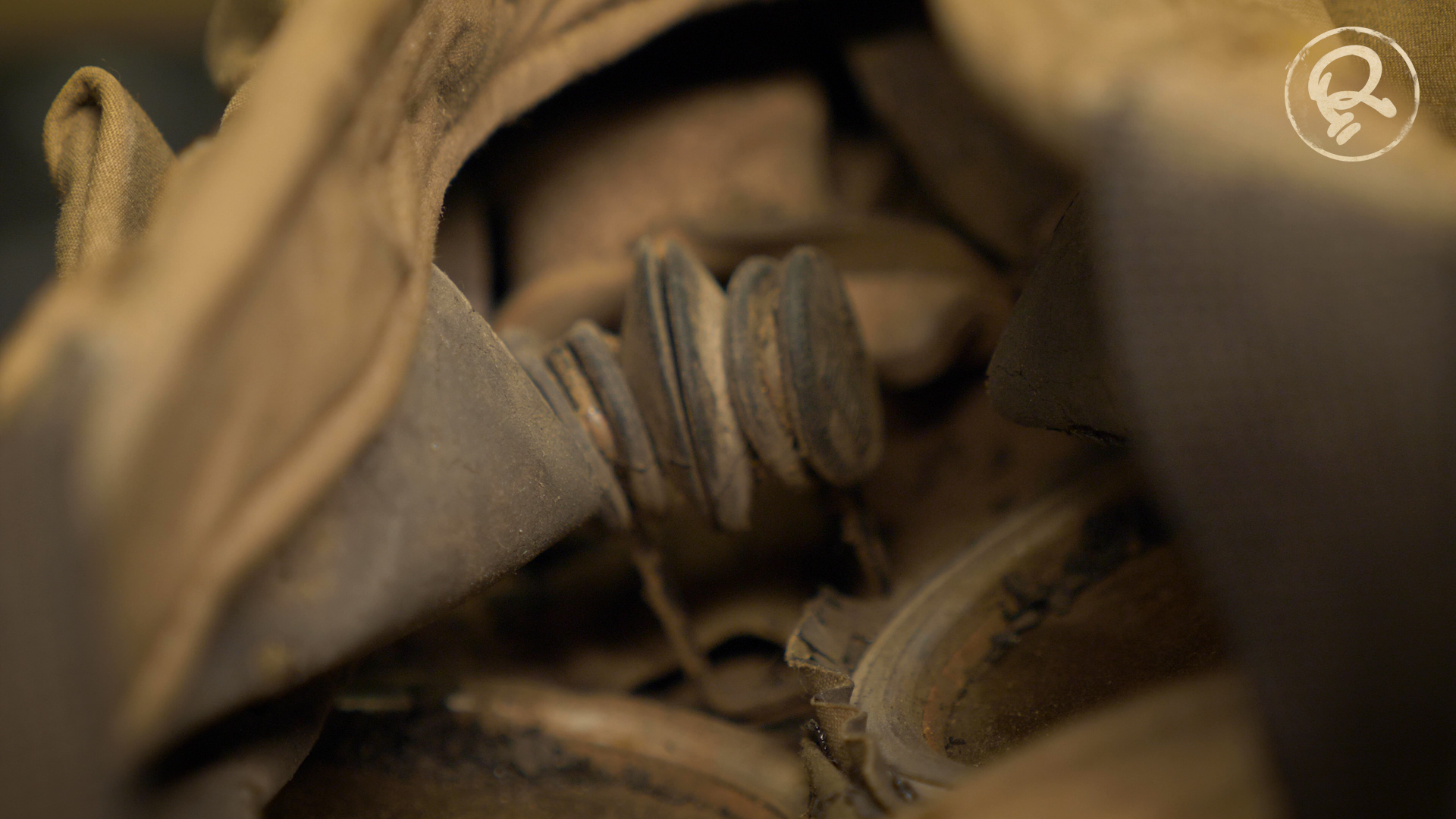 Though soldiers complained about uncomfortable mouthpieces and nose-guards that were hard to fight in, the masks saved many lives. Believe it or not, to acclimate their troops to the labored breathing of wearing a gas mask, some commanders had their troops don the masks and play leapfrog or soccer.

Next post A Sperm Whale's Clicks Can Deafen Divers

Previous post To Hell And Back: Michigan Town Famous For Fire, Brimstone, Ice Cream, And Weddings