The World’s Biggest Heart Is Now on Display

You won't believe your eyes... 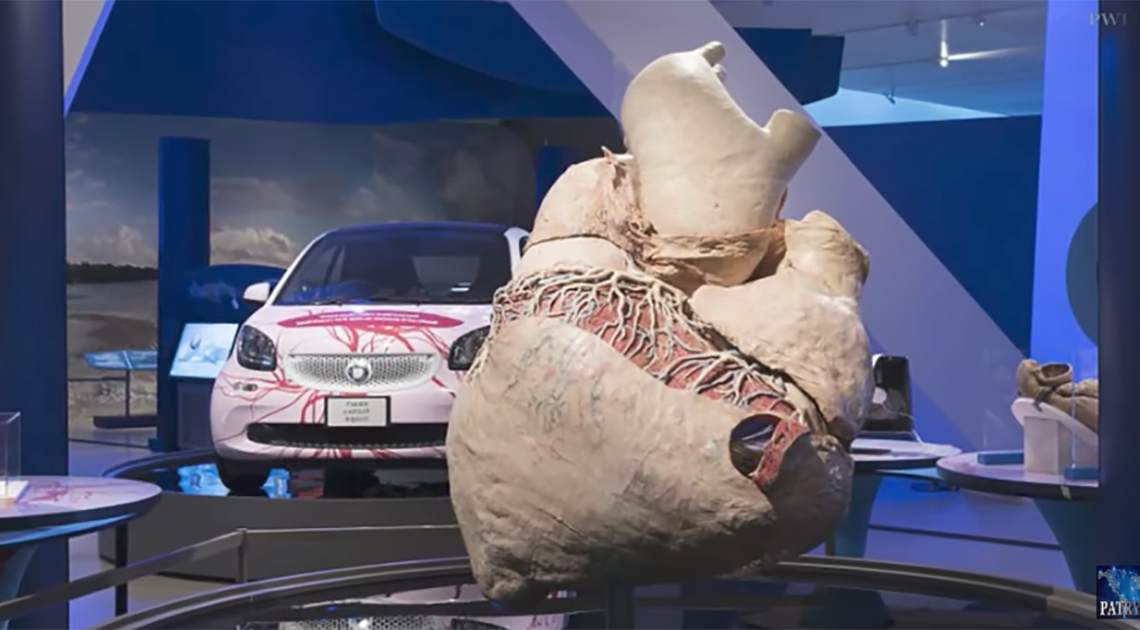 Believe it or not, you can view the world’s largest heart at the Royal Ontario Museum in Toronto! The 440lb organ is on display next to its enormous skeleton for the exhibit Out of the Depths: The Blue Whale Story.

The massive heart was found in 2014 when the blue whale carcass washed up on the shores of Trout River in Newfoundland. This is a surprising find because when a blue whale dies, their 300,000-pound frame sinks. Their corpses are so large and rich, that they typically act as their own underwater ecosystem for years after their death. Unfortunately, this whale was trapped in ice with eight other whales. Locals were worried it would explode because it was inflated with gas and the decomposition process wouldn’t be simple for something as massive as the blue whale. Thankfully the explosion was avoided since the whale had extremely thick skin.

The blue whale carcass via NTDTV 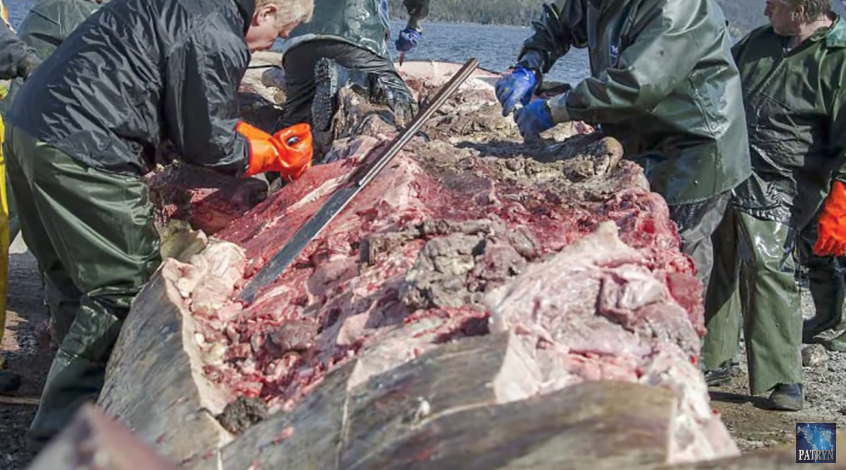 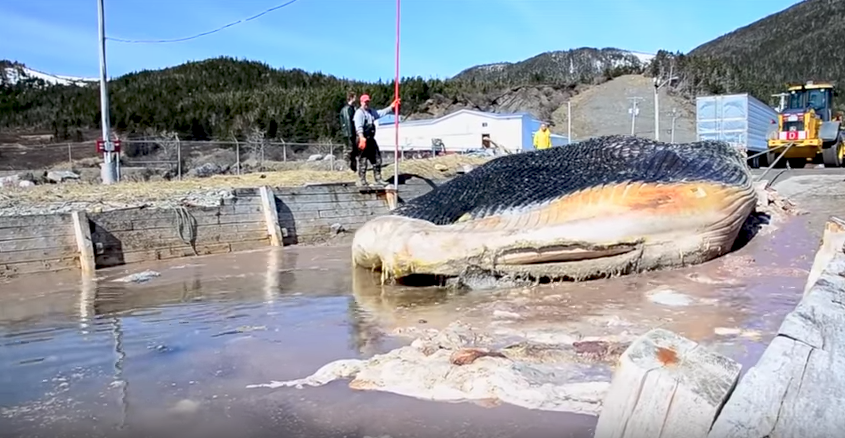 Scientists were able to preserve the heart with the plastination technique since it was in exceptional condition. The four-step process of fixation, dehydration, vacuuming, and hardening keeps the organ from emitting any odors, prevents it from decaying, and retains properties of the original specimen. Considering how much fat the heart had, it was a rather difficult process. It was given an acetone bath—yes, the same chemical you would find in your nail remover—that will now allow the heart to stay intact for 1,000 years! 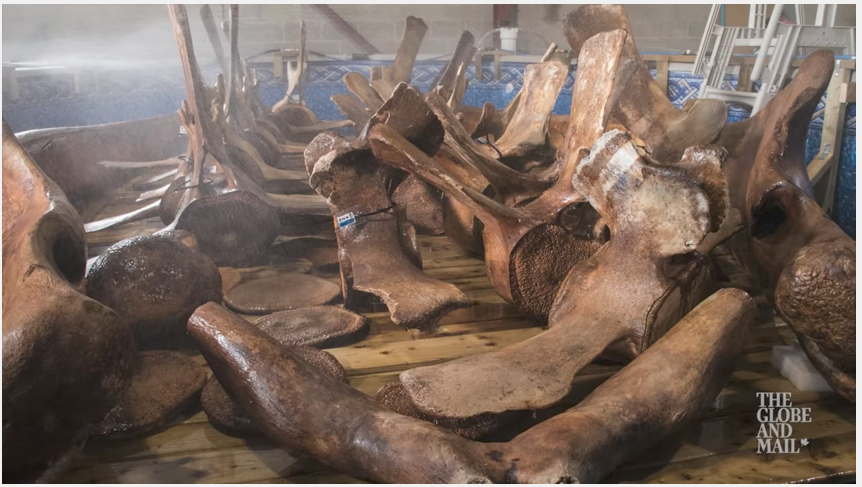 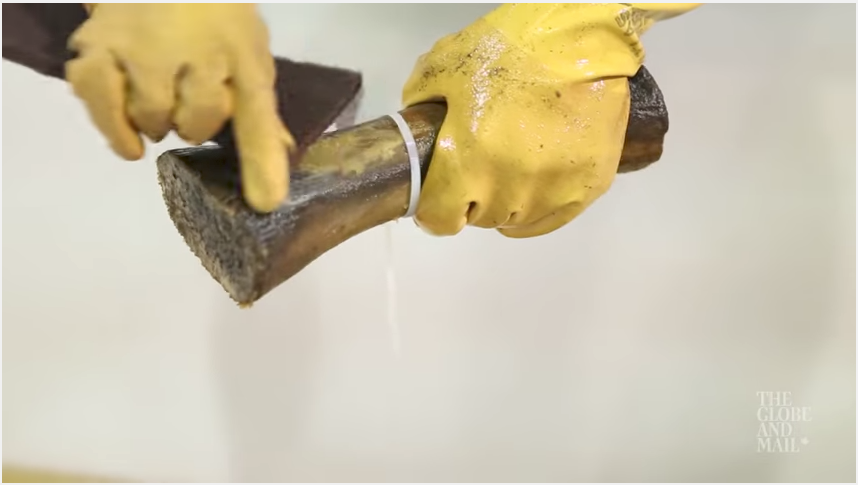 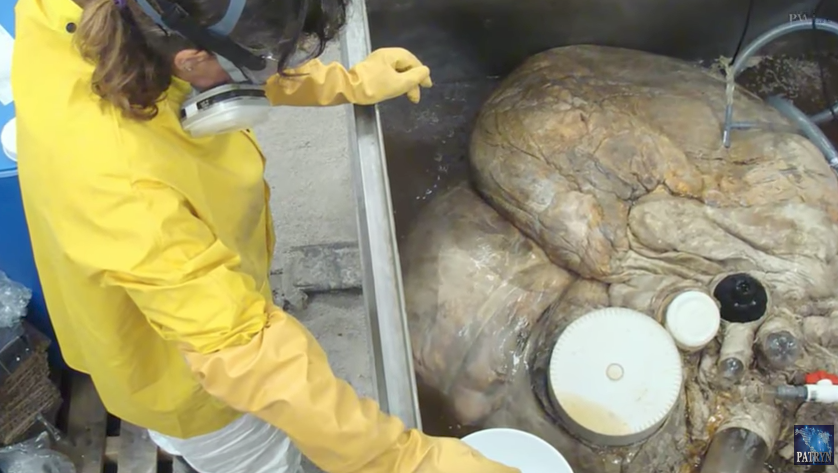 The exhibit Out of the Depths: The Blue Whale Story will tell you the incredible story of the evolution of these majestic sea creatures. It took three years to bring this exhibit to Toronto. Mark Engstrom, the Royal Ontario Museum’s deputy director of collections and research had wanted to bring this show for more than a decade. He’s collected the skeletons of many whales including the minke and humpback. Engstrom was missing the blue whale. 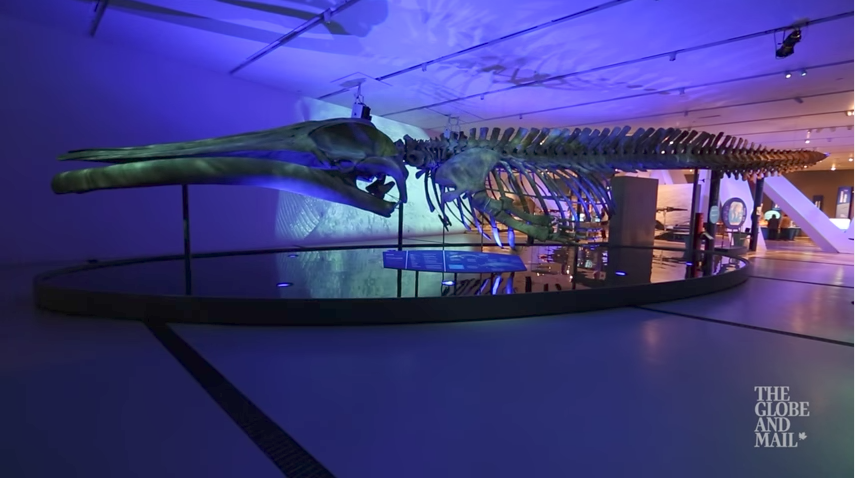 Have you been to the exhibit? Let us know if the comments below and share your photos!

Next post These Strange Treats Will Make You Hate Ice Cream