Now more than ever, scientists and engineers are looking to nature for inspiration when it comes to building better robots. 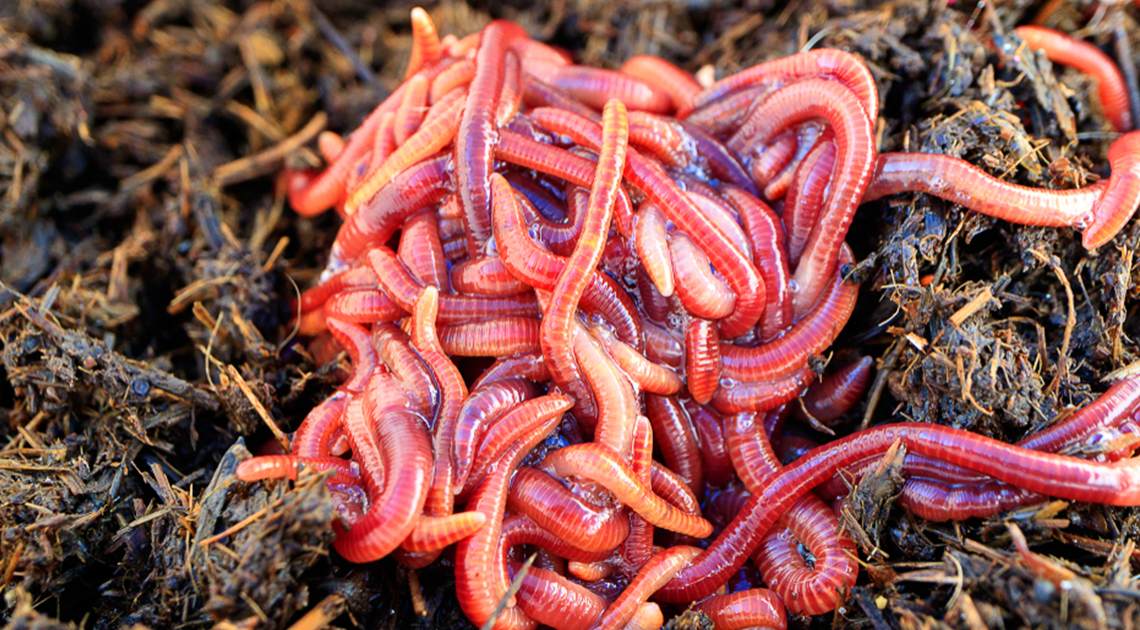 The most the average person thinks about worms is probably when fishing or to side-step them on the pavement after it rains—but Believe It or Not!, scientists are studying wriggling blobs of worms to better develop robots.

Can you imagine a wriggling ball of worms working together to move through dangerous terrain or survive a fall by landing like Silly Putty? The idea of a group of smaller creatures acting like a single big one has influenced fiction for years. As sci-fi fans, we can name plenty of movies and video games that use nanobot technology. In The Day the Earth Stood Still, the robot Gort is actually made up of swarms of insect-like robots that can work together as one. And in some of the Mortal Kombat games, the character Smoke is really made of a cloud of nanobots. These swarming robots that can morph into one powerful creature might seem destined to remain in our imaginations, but this technology might not be all that far away.

Groups of insects (think ants, bees, and termites) all have to work together to survive. If they all did what they wanted, their societies would collapse. In fact, they work together so well that it almost seems like they share one mind. When ants walk along a path behind one another to find food, they do so seemingly without an individual instructing them or an outside force controlling them. And when it floods, fire ants know to join together in order to float on water like a raft. This type of behavior has led scientists to research things like swarm intelligence and superorganisms.

Worms aren’t insects, despite the knee-jerk “yuck” reactions that many have towards the wiggly dirt-dwellers. But scientists are learning a lot about swarm intelligence by studying them. Worms have been observed grouping together in balls and acting like a liquid.

Together with a phenomenally talented research scientist Dr. Yasemin Azkan-Oydin who was working with Dan Goldman on earthworms and robotics, we started exploring this `living ball of dough’… Yasemin and I playing with worm blobs in lab realizing they act as complex fluids… pic.twitter.com/VDJXX5wBWA

In a presentation at the 2019 Society for Integrative and Comparative Biology, researchers described how a species of aquatic worm, the California blackworm, can group together with thousands of other worms. The worms (which would not survive long when dry) could join together in a mass and protect each other by keeping the worms at the center of a ball moist. The worms could also move through tubes and bounce off hard surfaces, according to the researchers. Even when twisted and tangled, the worms could quickly disperse.

To understand HOW the worm blob actually moves, we looked at smaller blobs with ~20 worms… and we realized that some worms act as pullers (pulling in front) and some as wigglers (reducing friction in the back).. pic.twitter.com/sy07SlX8LM

If you’ve ever watched the TV show “BattleBots,” you’ll know that people take inspiration from all kinds of places to improve their robots. The same is true for scientists looking to improve the way that robots can move around. Bio-inspired robotic locomotion is an up-and-coming focus where scientists study the natural world to improve the robotic one. Students at Georgia Tech published an article after studying the behaviors of the California blackworm — and designed a robotic model to mirror the worms’ behavior.

The key result: we need both crawl and wiggle gaits to observe emergent locomotion of the SLOBS – if only either one, no collective locomotion is observed. pic.twitter.com/2VoNbkdsQp

They found that, by using data from how the worms behaved, they could create robots that had the potential to act without complicated instruction or the need to program a singular robot in charge. The robots showed signs of being able to move similar to the worms, too. By studying the natural world, scientists will soon be able to design robots that seem to be plucked straight from science fiction!

Previous post On A Roll With Freestyle Skater, Vasilisa Maslova