A blue hole, located in the Red Sea, has been given the nickname of the Divers' Cemetery after claiming an estimated 130 to 200 divers' lives in a 15-year period.

It’s often been said that scientists know more about the surface of Mars than they do about the bottoms of our oceans, and blue holes are just one of the mysteries lurking below the water. It might be a simple name, but so-called “blue holes” are some of the most mysterious places on Earth.

Imagine sailing across the beautiful, light blue waters of the Caribbean only for your boat to suddenly be surrounded by the inky waters of a perfectly circular shaft of dark blue. Dotted all across the world, from the Bahamas to the South China Sea, these enormous marine caverns have been said to be home to half-shark and half-octopus creatures, the proving grounds of gods, and even tunnels to hell. 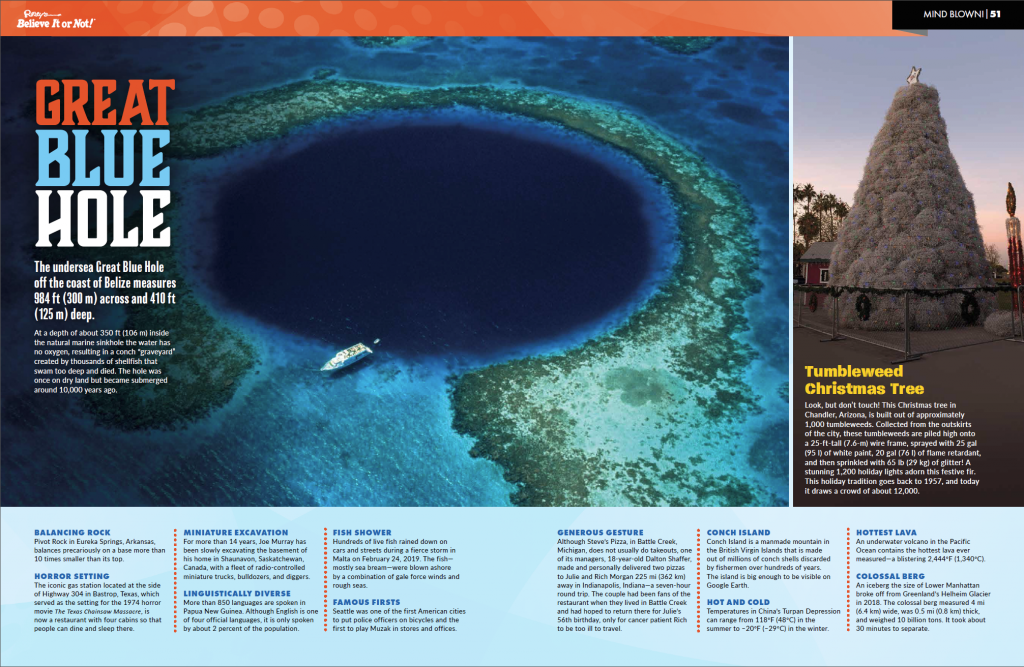 It’s only been since the 19th-century that the scientific community has begun studying these sea caverns, and many mysteries still remain about them.

The result of Ice Age sinkholes that have filled with water with sides plummeting straight down, these unique caverns often contain layers of salt and freshwater that meet in a corrosive reaction that literally eats away at the rocky sides of the hole. This unique reaction means that some blue holes have winding series of tunnels stretching outwards into the Earth’s crust, while others have a variety of unique rock formations like enormous underwater stalactites reaching through their depths.

Beyond that, not all blue holes are surrounded by shallow water or can be easily spotted. One blue hole, named Green Banana, lies just off the Florida coast but remained a secret until the last decade as the hole itself is deep underwater.

While the deepest blue hole, Young Hole in the South China Sea, has been measured to be nearly a thousand feet deep, many blue holes have never had researchers reach their bottoms, proving too dangerous even in the 21st century.

While sites like Dean’s Blue Hole and the Great Blue Hole, featured in the Ripley’s annual, Mind Blown!, have been sites for modern studies—and even safe enough to host free-dive competitions—they still pose their own dangers.

The Great Blue Hole in Belize for example has a veritable graveyard at its bottom. In 2018, a team of scientists used two submarines to explore the depths of the Great Blue Hole. They found that the hole stretched down 410 feet and, at a certain point, oxygen disappears from the water, literally suffocating any shellfish who stray down its steep underwater precipice. This conch graveyard isn’t the only such blue hole to be a pit of death. 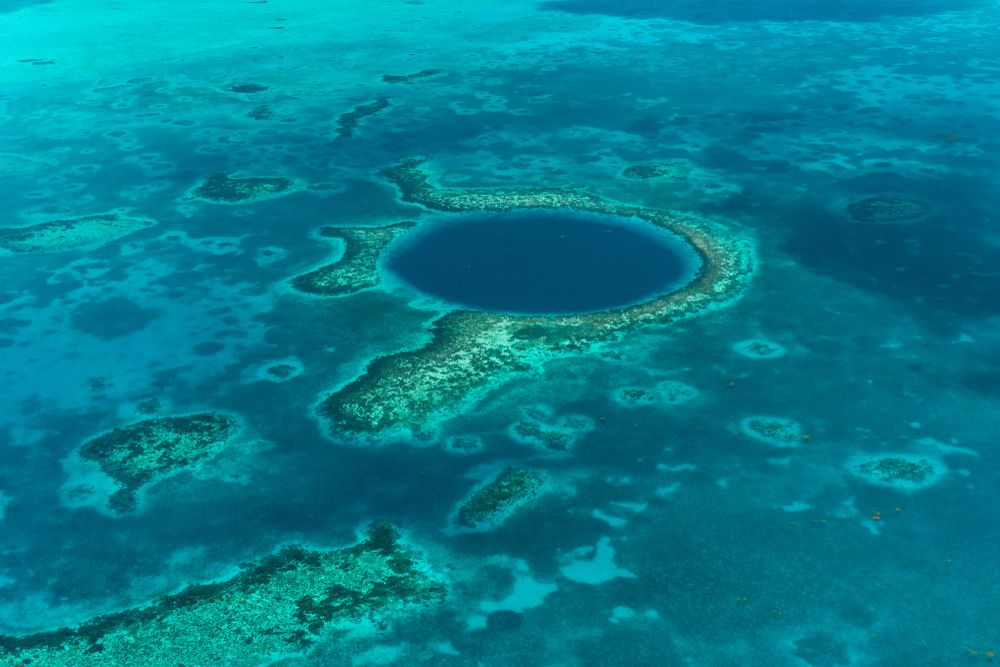 The Great Blue Hole in Belize

Another, in Egypt, located in the Red Sea has been given the nickname of the Divers’ Cemetery after claiming an estimated 130 to 200 divers’ lives in a 15-year period. Most of these divers have been well-trained technical divers or even instructors, but still lost their lives to the dangerous sea cave.

But, while some blue holes have graveyards at their bottoms, others have a rich and unique array of life teeming within their walls. At the surface, holes like Green Banana create a sort of reverse reef that teems with fish and marine life, while deep within they contain unique astrobacteria capable of living without light or oxygen. Further, scientists have found unique treasure troves of fossils lying undisturbed within these sea caverns, making them a perfect record of life 10,000 years ago.

So, some of the hardiest bacteria on the planet may find comfort in blue holes, but these mysterious shafts of water have proven less hospitable to humans. What do you think? Would you brave the perils of a blue hole? Check out more of our world’s most curious sites and places inside the pages of Ripley’s Believe It or Not! Mind Blown!