He believed the human expression was a window into the soul.

Guillaume-Benjamin-Amand Duchenne de Boulogne was a French neurologist in the 1800s. He was a trailblazer in learning how nerves used electricity and was one of the forerunners of documenting his experiments with photographs.

His father wanted him to be a sailor, but the smart young man instead enrolled at the University of Douia and completed his baccalaureate by age 19.

Intrigued by the study of facial expressions, and how people communicated with body language, Duchenne set out to catalog what muscles were used for different expressions. He’d already discovered that he could stimulate muscle contraction using small amounts of electricity.

With the help of dedicated assistants and paid subjects, he got to work mapping out human facial expressions. 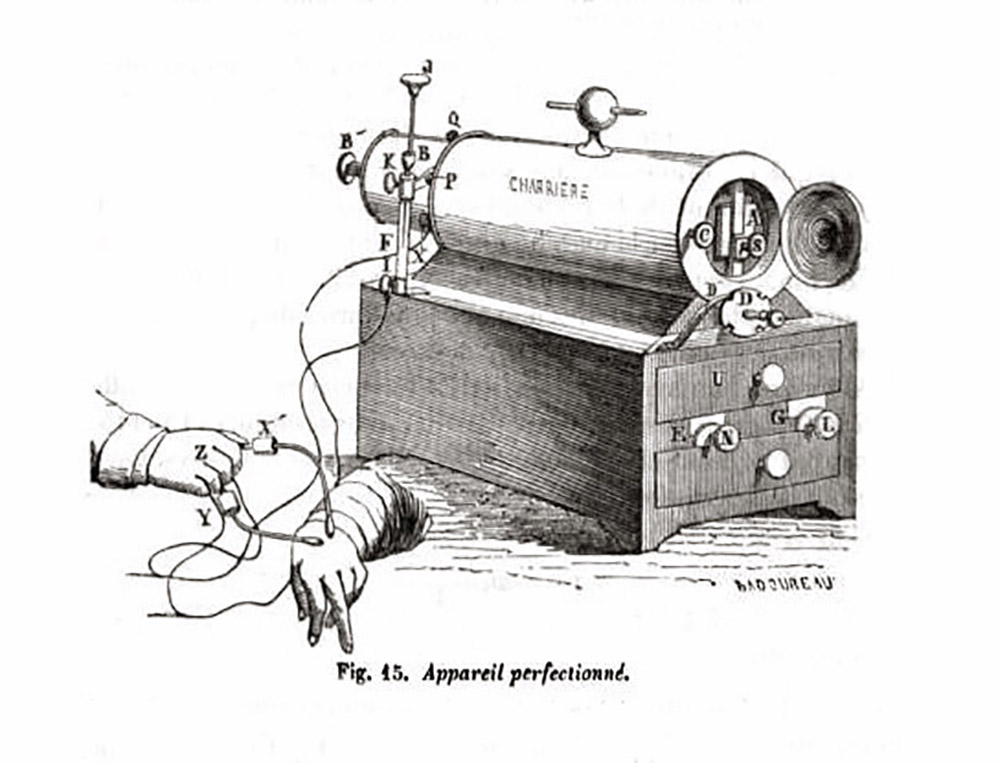 A machine like this was used to stimulate muscles.

The Mechanism of Human Facial Expression

Duchenne believed the human face could be scientifically decoded, and that each muscle was a translatable part of that code. If you knew what muscles the face was engaging, you could know exactly what a person’s mental state was. Using the newly invented camera, he was able to induce sometimes grotesque and exaggerated faces on his patients.

Believing the face was a door to a man’s soul, his treatise on human expression was part science and part art. While his contemporaries practiced phrenology and summarized the character of a person from the shape of their head, Duchenne felt that a facial expression was just a fleeting glance at the soul. 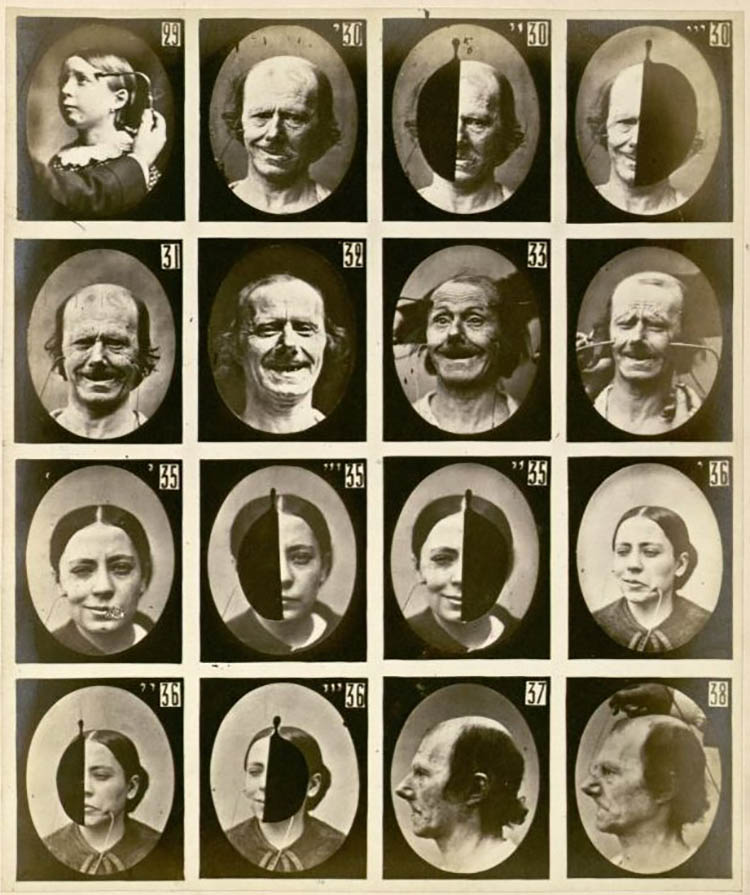 Five nerve related diseases have been named after this prolific scientist, and so has the famous Duchenne smile.

A Duchenne Smile is characterized as the most genuine smile and engages not just lip and mouth muscles, but eye muscles as well to project profound joy or happiness. The Pan Am smile is often used in contrast with a Duchenne. The Pan Am uses just the mouth muscles and is seen as forced (like a service worker gives a customer).

Next post No, You Can Not Run Away from the Walking Fish

Previous post You Can Be Blessed, Married, and Taught by a Robot