This Grenade Was a Nerf Football Filled With Explosives

It didn't work out. 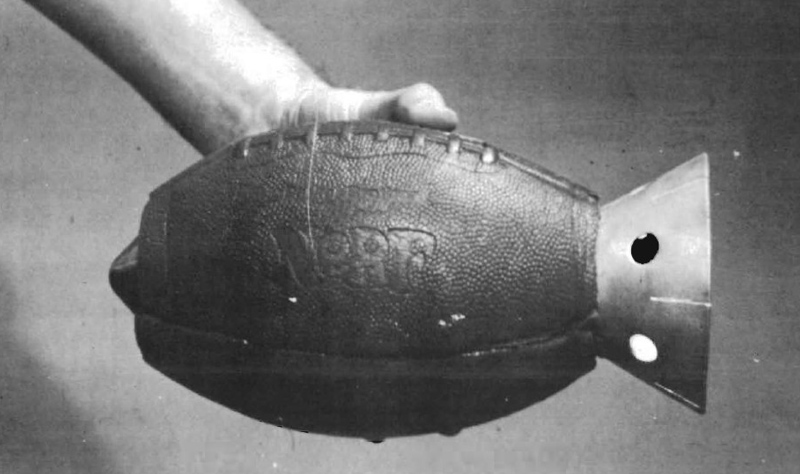 In 1973, the US Army made an anti-tank grenade football by hollowing out a Nerf football and filling it with explosive charges.

Official test reports say that the prototype grenade was made to be the same weight and shape of a football because soldiers would already be familiar with throwing it.

Regulation football weight is about 14 ounces, so engineers decided to make the size and weight of their tank-busting grenade to the same specifications.

How Well Did It Work?

“It did not work as envisioned.” – Army documentation

While the grenade football may have weighed the same as a normal football, it still wasn’t the same. As regular footballs are hollow inside, the weight is distributed evenly, allowing for consistent throws. The prototype, however, was filled with explosive elements, which gave the ball a wild and unpredictable flight.

US weapon designers have often been cited with referencing baseballs when designing hand grenades.

The Office of Strategic Services (which eventually became the CIA) worked to develop grenades the same size and weight as baseballs in order to take advantage of American’s familiarity with the sport. 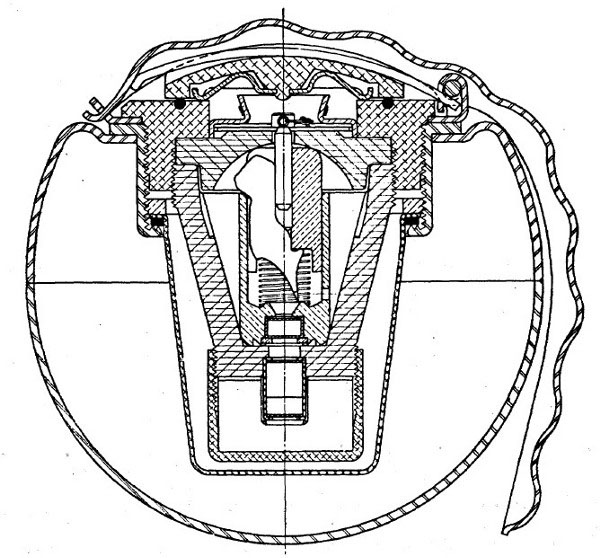 Known as the “beano” grenade.

Designers insisted on the fuse being integrated into the body of the grenade to adhere to the baseball’s spherical shape.

Unfortunately, this resulted in an overly sensitive trigger that had a tendency to activate prematurely.

Now the military has given up on trying to engineer a competitive edge by associating grenades with sports balls.

For a long time, the Army taught soldiers to throw grenades like baseballs, or to use the T method, but due to the ever-evolving nature of war, they now let soldiers use whatever method works best for them.

Soldiers may use baseball analogies, but it is no longer mentioned in official documentation. Soldiers instead rely on practicing with actual dummy-grenades. 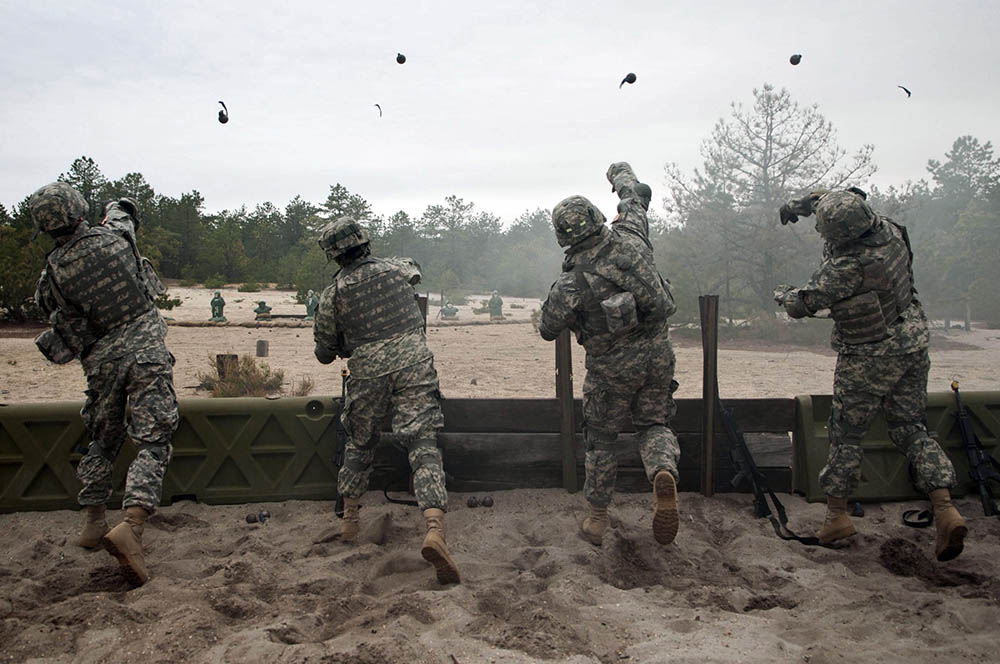