Does Beer Actually Have Health Benefits?

To beer or not to beer? 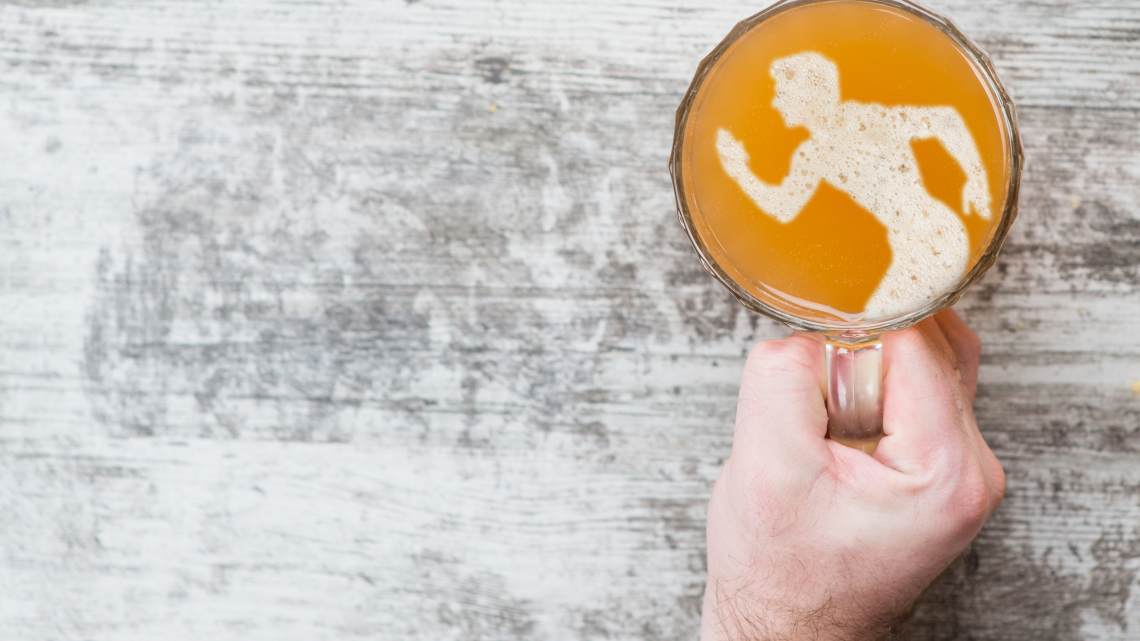 The year was 2018 when Michelob decided to take over the New York City Marathon. It papered the route with ads luring runners to the finish line with the temptation that once they crossed, they could finally enjoy a cold one.

But why would a beer company want to sponsor an athletic event of this magnitude?

Just like craft breweries of the past decade, the latest alcoholic fad stems from the belief that drinking a beer after a run is not only enjoyable but can also be good for your health!

In 2019, the new era of crafts, known as wellness beers, took off running—pun intended. Wellness beers are alcoholic beverages made specifically for athletes after a run or some other kind of athletic event.

“People like to come back from some sort of physical activity and have a beer. It’s like a tradition, it’s refreshing,” said Annie Daly, a freelance writer who has covered the topic for Healthyish.com. “I did interview a couple of the founders of these so-called wellness beers, and they all sort of have a similar origin story—which is that they made them not so that people drink them thinking that they’re a healthy drink, but more along the lines of acknowledging that this is something you are going to drink anyway.”

The companies lessened the amount of alcohol, and packed it full of electrolytes, just like a sports drink.

“So, the idea that a lot of these founders had was to acknowledge that tradition isn’t going away,” Daly said.

“But that instead of negating the effects of those beers, they make something that is a bit less unhealthy.” 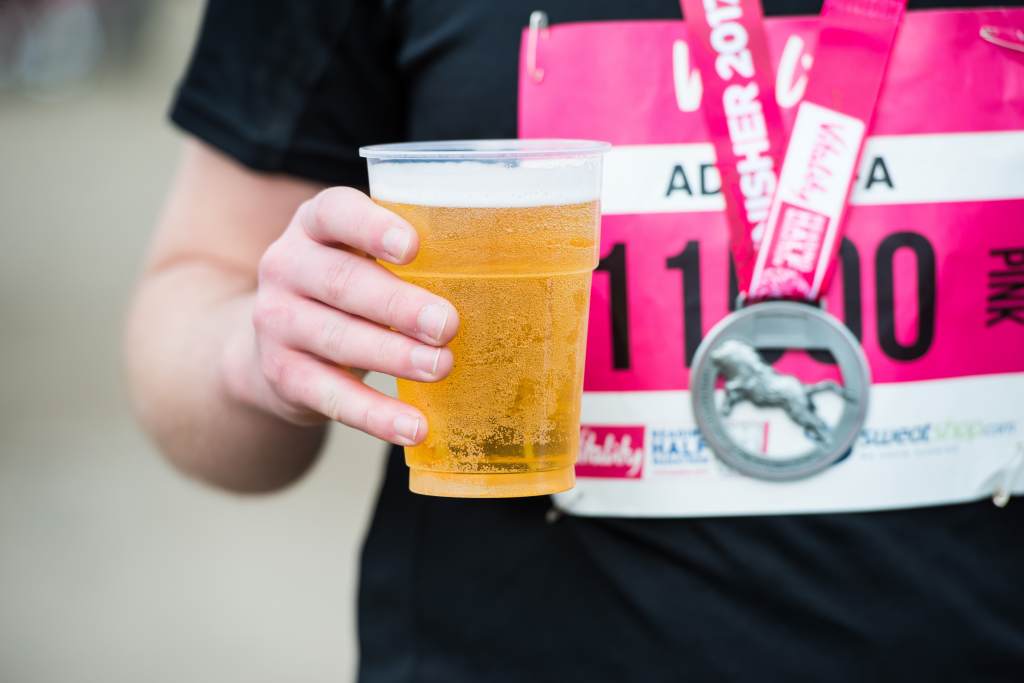 Wellness beers are one thing. But can a good old-fashioned Miller Lite or Michelob be good for you?

In 2015, Matt Fitzgerald’s book The New Rules of Marathon and Half Marathon Nutrition tackled the topic. Of course, there are negatives to drinking beer. It will dehydrate you and it does contain a lot of calories. So, you don’t want to drink too many.

But, Fitzgerald did report that beer contains antioxidants and B vitamins, as well as ethanol and silicon, which help prevent osteoporosis and can grow new bone tissue. In a 2016 campaign, PETA even used his research to enforce the claim that beer is healthier for you than milk!

Still, there are studies that show how moderate drinking will not make you any healthier at all—like one conducted by the University of Victoria shared in the Journal of Studies on Alcohol and Drugs. Another, from New Zealand, says moderate drinking could lead you to be more likely to get seven different kinds of cancer.

It’s certainly not the first time people have debated the merits of beer. Society has been drinking some form of the stuff for over 10,000 years. In Medieval Europe, historians tell us that people drank beer and wine for the large amounts of calories they provided, making it essentially healthier than water. Later in the 18th century, beer was recommended over gin, which was quickly becoming a social problem.

Now it seems that every St. Patrick’s Day we hear the debate: Is Guinness really good for you? According to their advertisements of the past, they are. Some proclaimed you should “Have a Guinness when you’re tired,” while others said you should drink “Guinness for strength.” Others simply said, “Guinness is good for you.” As we’ve previously stated, the beverage does contain antioxidants and silicon, and Guinness specifically doesn’t have as many calories as many other beers. 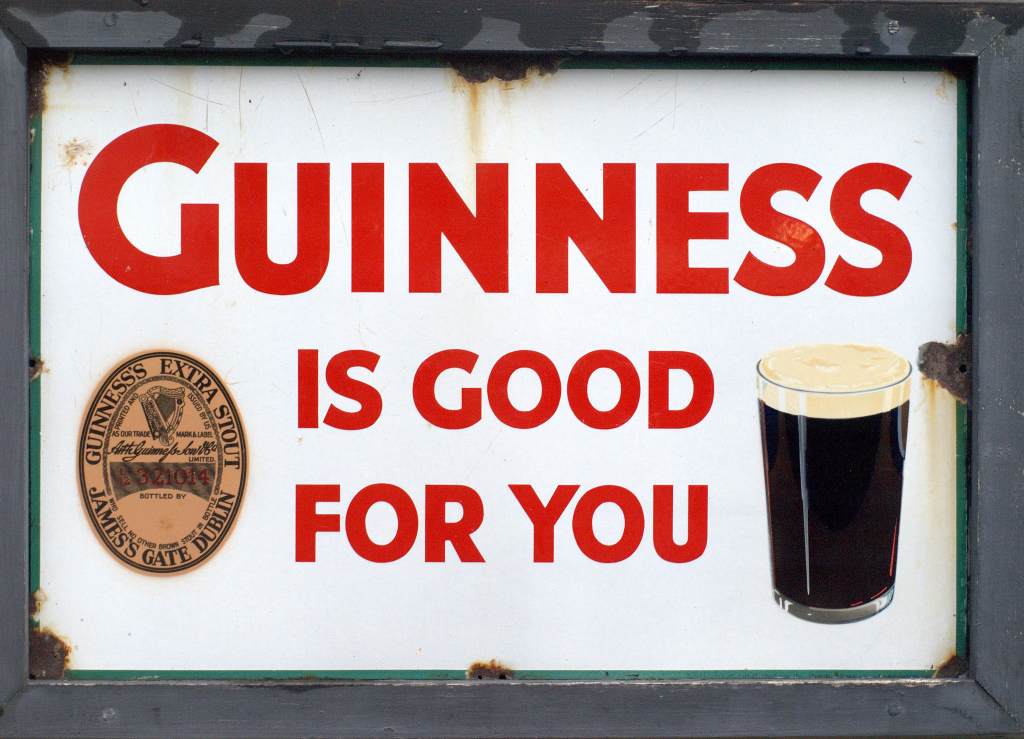 The Difference Is In The Dose

At its core, the age-old debate boils down to one thing: It’s alcohol. If we consume too much, there can be problems. Heavy drinking—considered more than 15 drinks a week for men and more than eight a week for women—can lead to liver disease, pancreatitis, and high blood pressure.

The National Council on Alcoholism and Drug Dependence says “alcohol is the most commonly used addictive substance in the United States: 17.6 million people, or one in every 12 adults, suffer from alcohol abuse or dependence along with several million more who engage in risky, binge drinking patterns that could lead to alcohol problems.”

And for every person who gets a heart benefit from alcohol, the Centers for Disease Control says daily consumption can increase a woman’s risk for breast cancer.

While some advertisements have led us to believe that alcoholic drinks are good for us, just two years ago German courts ruled that beer cannot be marketed as beneficial. And that’s coming from Germany, folks—where beer is kind of a big deal.

Perhaps those at the Harvard School of Public Health put it best:

“The difference lies mostly in the dose. Moderate drinking seems to be good for the heart and circulatory system, and probably protects against type 2 diabetes and gallstones. Heavy drinking is a major cause of preventable death in most countries.”

In this exhausting back-and-forth debate, it seems only one consensus can be reached: If you want to drink, do so in moderation, and responsibly.

Next post Tulpamancy Brings Thoughts Into Existence - Ripley's Believe It or Notcast Ep. 33