To this day, Olympians, judges, dignitaries, members of the committee, and officials still receive their participation medal from the International Olympic Committee. 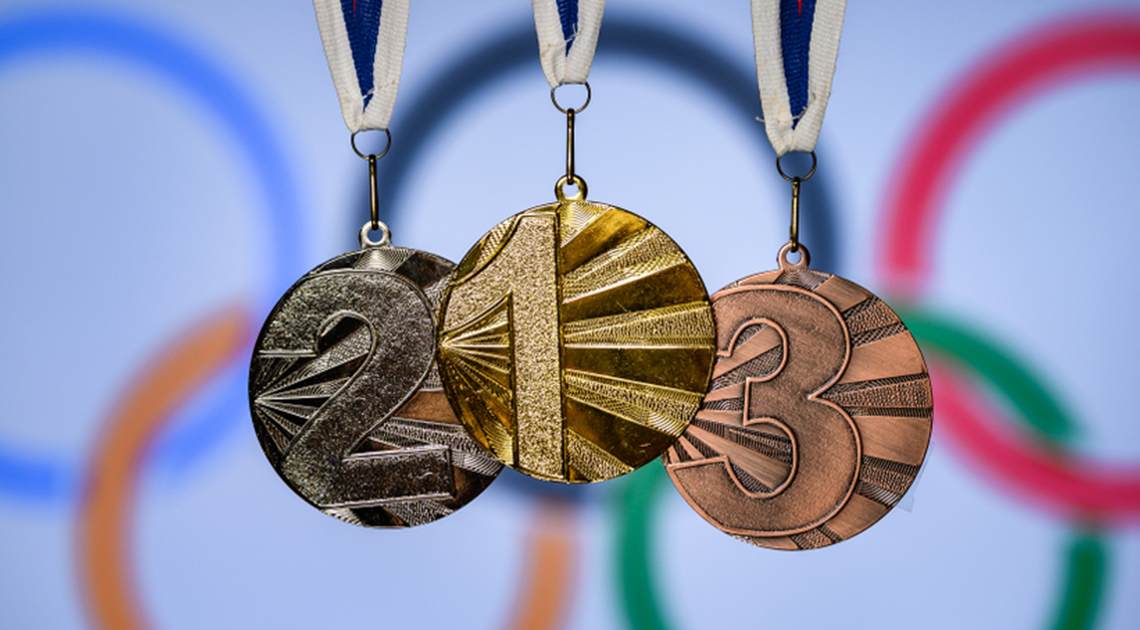 In the spirit of the current Olympic Games, it’s only right we travel back in time to the first modern Olympics, held in Athens, Greece, in the summer of 1896. It was here that they decided if you don’t go home with the gold, you could still leave with an award just for participating (and some other cool prizes for the exclusive winner’s circle too, of course)!

In 1894, the International Olympic Committee was founded by Pierre de Coubertin of France, who hoped to create the first modern Olympic Games, inspired by the ancient Olympic Games. The committee selected Athens as the city to host and elected Demetrios Vikelas of Greece as the first committee president.

After a long journey spent finding the means to make it happen financially, around 240 male athletes (this number is often disputed) from 14 different countries competed in the first-ever modern-day Olympic Games in April 1896 at the Panathenaic Stadium. Women didn’t make their Olympic debut until the 1900 Games in Paris, France, due to prejudicial concerns that they’d lose their “femininity.”

With 43 events in athletics, cycling, fencing, gymnastics, shooting, swimming, tennis, weightlifting, and wrestling, athletes had the opportunity to secure the championship title for their nation. The U.S. won the most “gold” medals, while Greece won the most medals overall. You may be wondering why gold is in quotation marks… well, let’s just say the medals weren’t all that much of a shiny yellow color. They were actually made of silver, and second-place winners received a copper medal. 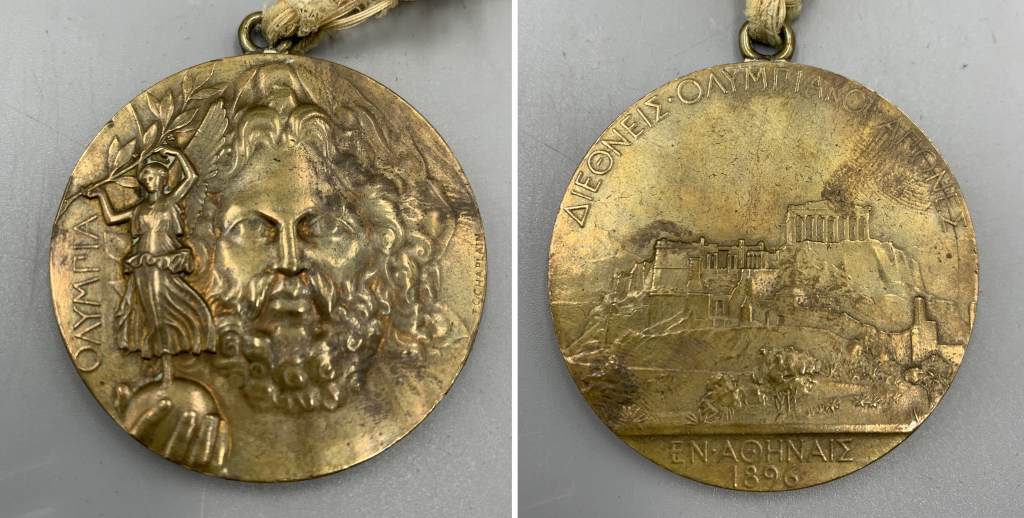 Winning medal from the 1896 Olympics, part of the Ripley’s collection.

Non-winners also left with a medal for their participation. The 1896 participation medals were available in three different finishes: gilt bronze, silvered bronze, and bronze. They were designed by Nikiforos Lytras, one of the most popular Greek painters of the 19th century and minted by Wilhelm Pittner in Austria.

On the front was a depiction of Nike, the goddess of victory, seated holding a laurel wreath in one hand and a scepter in the other. Below her is the reborn Phoenix emerging from flames with the Parthenon on the Acropolis in the background. The Phoenix symbolizes the rebirth of the Olympic Games after a hiatus of more than 1,500 years. On the reverse side, you’d find Greek legend “International Olympic Games in Athens 1896” with a star above surrounded by a laurel wreath.

These medals were presented in a leather case and weighed around 58 grams each, which feels like a handful of 20 pennies. They were about 50 mm wide and 4 mm thick. At the 2021 Olympics, the medals now weigh close to 556 grams and are about 85 mm in diameter and 12 mm thick. How’s that for evolution?

The Greek legend lives on. To this day, Olympians, judges, dignitaries, members of the committee, and officials still receive their participation medal from the International Olympic Committee, along with a “thank you” note to commemorate their contribution to the Games. The participation medals are uniquely designed for each Olympics. They feature artwork and shapes specific to the host country’s deep-rooted heritage, and can be made from bronze, copper, pewter, as well as a few other types of metal.