Got Milk? Dressing In Dairy Does The Body Good!

Would you wear clothes made out of milk? 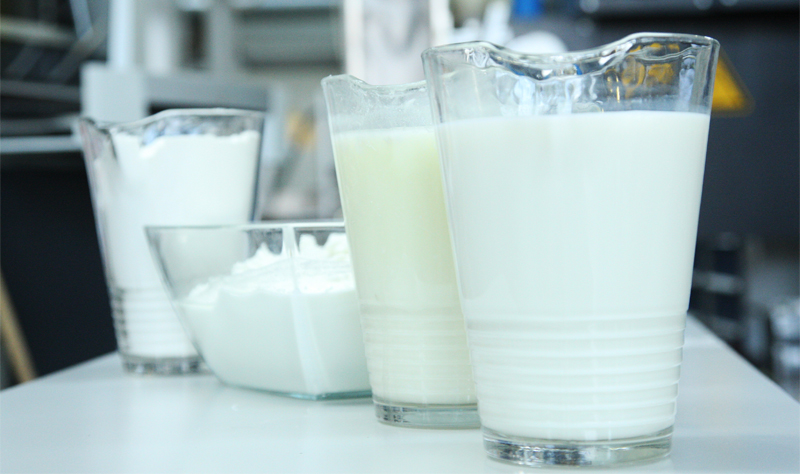 Milk does a body good, but can you wear it? German microbiologist and fashion designer, Anke Domaske, says yes! She uses dried milk powder to create silky, soft QMilk fabric. She’s even incorporated the textile into her fashion label Mademoiselle Chi Chi, worn by celebrities including Ashlee Simpson and Mischa Barton.

What’s so great about milk-based fabric? QMilk relies on 100 percent natural fibers that feel as soft as silk. They boast thermo-bonding properties which makes them easy to combine with other natural fibers without the use of synthetic phenolic resins or plastics. What’s more, QMilk fibers contain natural antibiotic properties. The fibers are temperature regulating and even compostable. 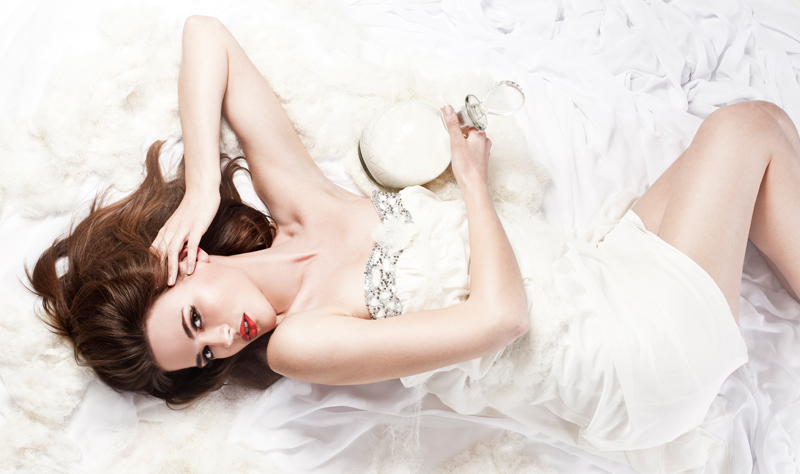 Why did Domaske decide to utilize milk to create fabrics? It started with her quest to find chemically untreated clothes for her stepfather who suffered from cancer. But her “eureka” moment came after learning that Germany, alone, throws away more than two million tons of milk each year. Not suitable for human consumption, disposal of the milk requires an expensive process. Put another way, waste led to more waste. 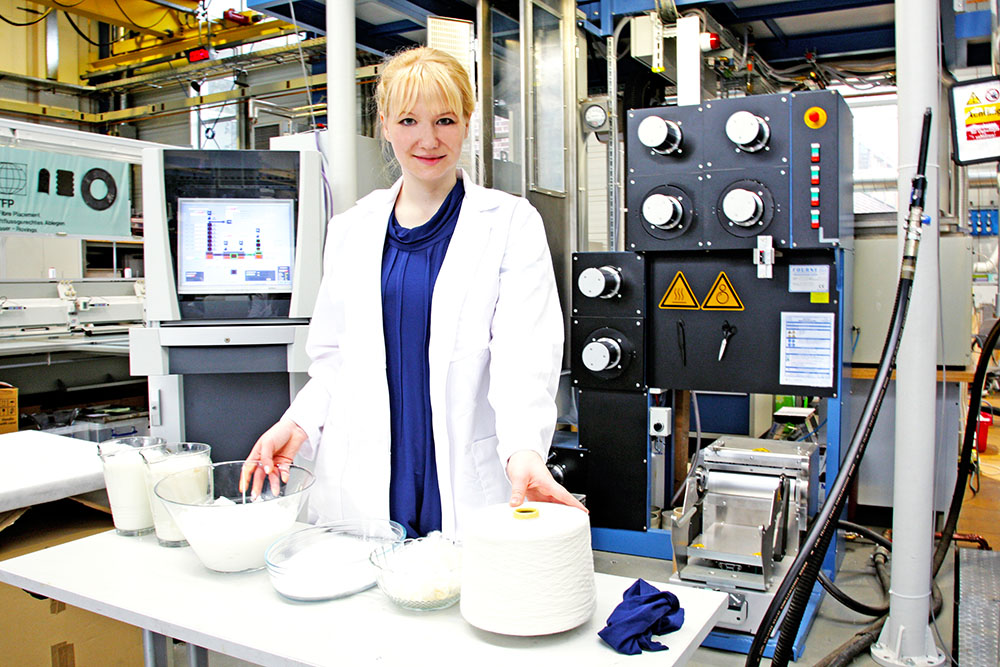 She set eco-friendly standards that previous experimenters did not, looking for processes that required little water and energy consumption. She also wanted to invent a system that resulted in no waste. Like other startups, she started humbly, although not in the garage but, rather, her kitchen. Over time, she built a lab that cost about 200 Euros. She bought all necessary supplies from the grocery store including a large jam thermometer to measure water temperature.

Despite starting out in her kitchen, she created a fabric that’s not only eco-friendly but quickly manufactured. Her patented, specially-designed spinning process makes the transformation from milk to clothes sustainable and green.  According to Vogue, the clothes, “feature soft and sensuous lines and basic colors, enriched with elegant drapery.”

So, how much will a bovine-derived dress cost you? According to Domaske, six liters of milk (1.6 gallons of milk) can produce a dress costing between $175 to $250 euros. Not bad! Besides high-end fashion, Domaske is also working on a line of cosmetics and the world’s first 100% natural plastic—all derived from milk.

Pushing the Envelope on Milk Products

Besides fashionable threads, milk proteins make for great skincare products. QMilk’s line of earth-friendly cosmetics features natural peptides that Domaske claims protect and regulate skin. Since the products are 100 percent organic, they’re great for sensitive skin as they don’t contain chemicals and irritants such as glycerol and alcohol.

QMilk’s also working on a 100 percent biodegradable plastic. Naturally antibacterial, it composts in a few months with no telltale residue. It’s also flame retardant, low density, and skin-friendly. (Remember those cosmetics we discussed a little bit ago?) According to Naturally Organix, Domaske has created, “an organic polymer free of solvents, plasticizers, and adminids… so all conventional plastics from petroleum can be replaced.” In 2015, Domaske received the Green Tec Award for her groundbreaking research. 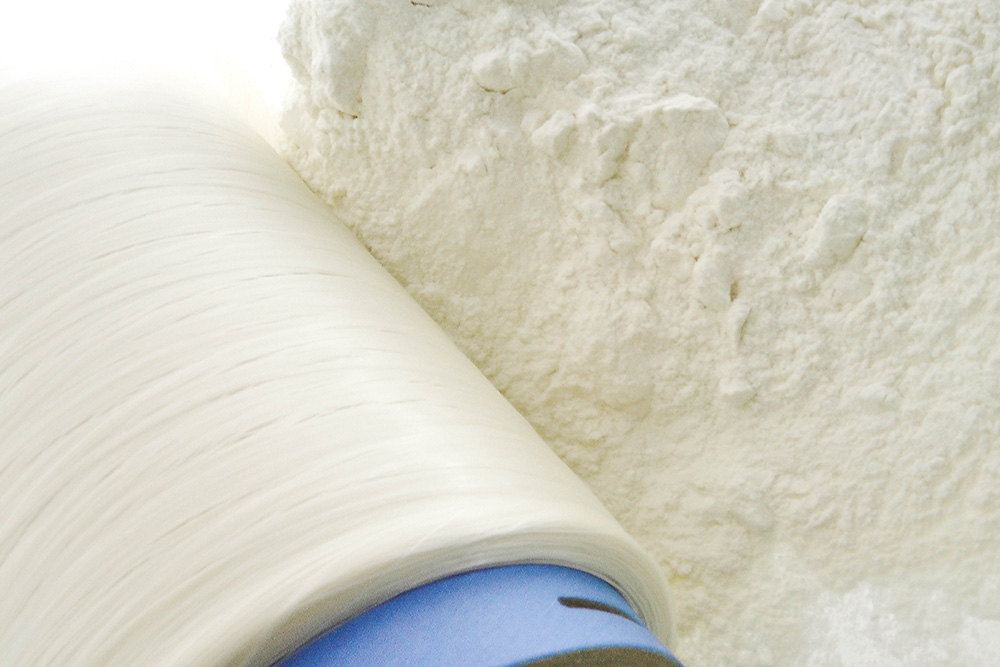 With a worldwide reputation for innovation, QMilk continues to redefine sustainability. Domaske’s eco-friendly fashion and skin care products are already setting a high standard for other companies looking to produce goods with a small carbon footprint and zero waste.

What’s more, QMilk’s foray into plastics comes at the perfect moment to address waste management issues around the world. Clearly, milk does more than a body good.

It’s easy: create some Odd Art inspired by our book, Odd Is Art. Using a mix of materials is encouraged. Ripley artists have used everything from duct tape to gunpowder, even milk like Anke Domaske. Just embrace the odd and create!

Next post This Artist's Food Photography Is Out Of This World

Previous post Could The "Missing Link" Be Oliver, An Alleged Human-Chimp Hybrid?