Where did Women Jumping out of Cakes Come From?

The first publicized incident was known as the "Pie Girl Dinner."

Women Jumping out of Cakes

Ripley’s recently purchased the most expensive dress ever sold at auction—5 million dollars for the gown worn by Marilyn Monroe at JFK’s birthday celebration. With a price tag like that, I don’t blame the blondie for not slinking out of a cake to sing Happy Birthday Mr. President, but it would have made for a memorable entrance.

On today’s episode of Cool Stuff Strange Things: How did the tradition of girls jumping out of cakes start anyway?!

Believe it or not, the first recorded pop-out cake party is linked to…MURDER.

Way back in 1895, a wealthy architect named Stanford White hosted a gathering for some well-to-do gentlemen of the era. During the party, an unusually large pie was brought out and, unexpectedly, out popped a scantily clad young girl by the name of Susie Johnson.

Behind the scenes of the party, Stanford was having an affair, which led to a scorned lover shooting him over a decade later in what the media dubbed “The Trial of the Century.” But this didn’t just make headlines because of the blood, wealth, and scandal; the country was enthralled by the “Pie Girl Dinner,” as the details of the of what exactly happened the night Susie Johnson (as well as a bunch of birds) popped out of a delectable dessert became public. 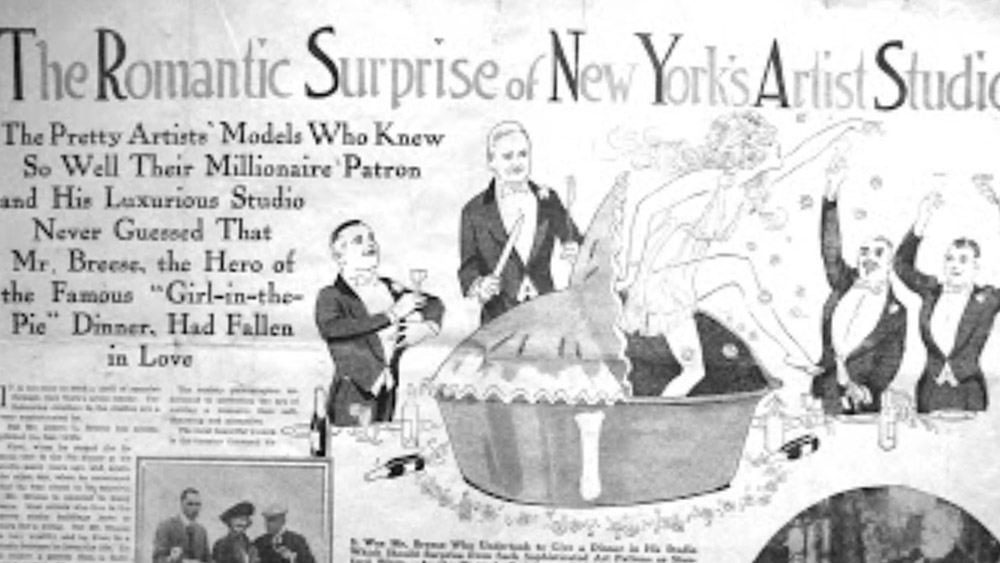 The Ancient Romans were the first to mix food with live entertainment. They were also the predecessors of the turducken, cooking and stuffing one animal—such as a roasted pig—inside another, like a cow. Pretty much a paleo hot pocket. Chefs even created the mythical beast dubbed, a Cockentrice, a bizarre Buffalo-Bill-splicing of a pig and a chicken into a “new” animal. They were even fond of staging their proteins to look like they were alive, like stuffing an apple in a pig’s mouth or plating fish swimming in a sea of sauce.

The next logical step, of course, was actually using live animals. By the end of the Middle Ages, it was very popular to stuff live birds inside food in order for them to fly out once it was sliced open!

But, how? Those poor little birdies! Well, think more along the lines of a pot pie rather than a Twin Peaks slice of cherry. The crust was thick and baked first, later placed on top to form a lid, like that of a pot (hence the term “pot pie”). The birds would then be set inside and the lid put on prior to serving. So, these little guys would not actually be baked into the pie.

If you’re wondering how someone could bring themselves to consume an avian influenza flavored dish, don’t fret. The chef would usually have another pie on standby to actually eat, as the birds were sure to leave a few surprises of their own in there…

Animals became passé and humans entered into the mix. Believe it or not, at a banquet hosted by French engineer Philippe Le Bon, 28 musicians—an entire orchestra—was crammed into a pie! And, in 1626, the Duke and Duchess of Buckingham presented Charles I with a dwarf-filled pie. Standing just 45 centimeters tall, Sir Jeffery Hudson, a.k.a. “Lord Minimus,” emerged from the crust in a full suit of armor! 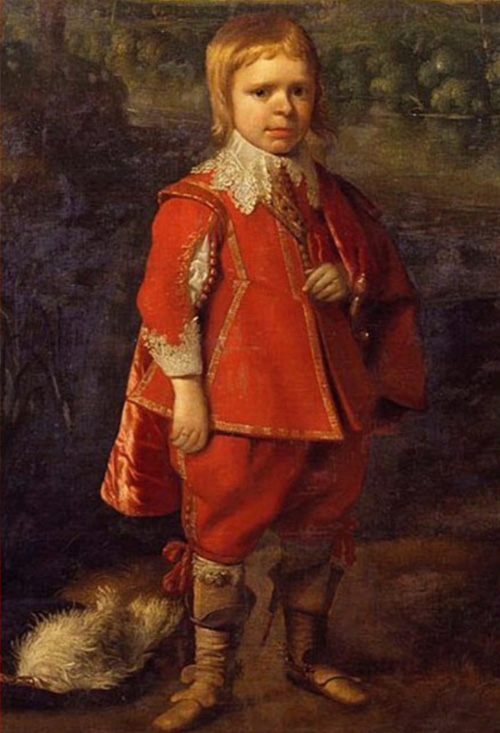 By the 1800s, as we know from the story of Susie Johnson, pie girls were presented as entertainment for the male elite. By the 1950s, showgirls jumping out of giant cakes became mainstream for office gatherings and conventions. But, by the 1970s, the feminist movement took shape, and with more and more women in the workplace, illustrious ladies covered in frosting were less welcome at company functions. The tradition faded away to the deepest darkest depths of the bachelor party and to vortexes of vice like Las Vegas.

However, it was not lost. From Some Like It Hot, in which a thug pops out with a machine gun, to more modern examples, like Mariah Carey’s “Loverboy” music video, we can thank pop culture for keeping the tradition alive! 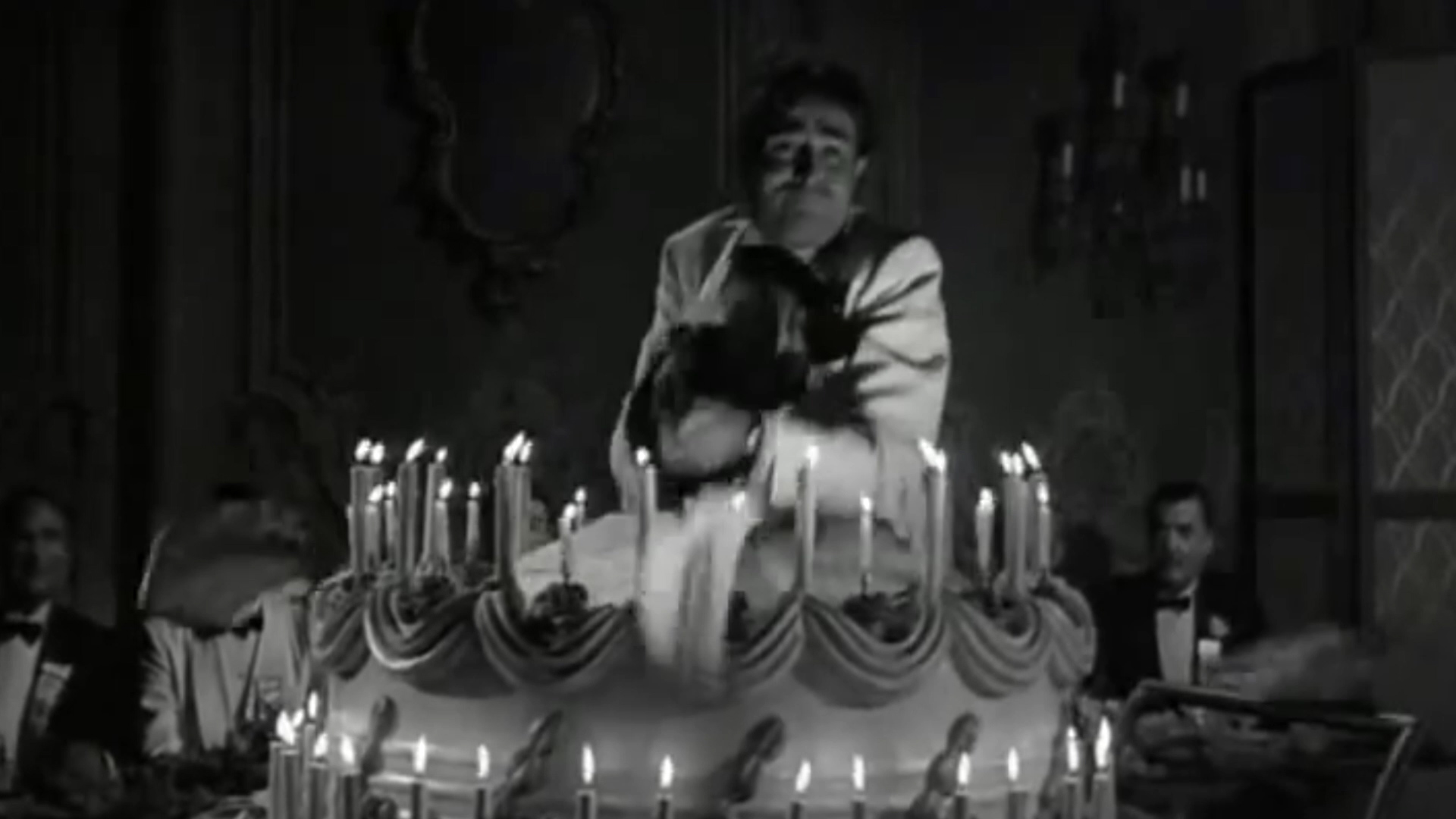 “There was something in that cake that didn’t agree with them.”

Let them eat cake…and jump out of it! Actually, according to historians, Marie-Antoinette didn’t really say that…not even the “let them eat cake” part. Just another cool snippet for you to hold you over until next week. Until then, make sure to subscribe, save room for dessert and stay strange!

Next post SHATTER YOUR SENSES: YOU WON’T BELIEVE YOUR EYES...