The Bird That Was Almost 1,000 Pounds

This ancient ostrich-like creature may have been food for early humans. 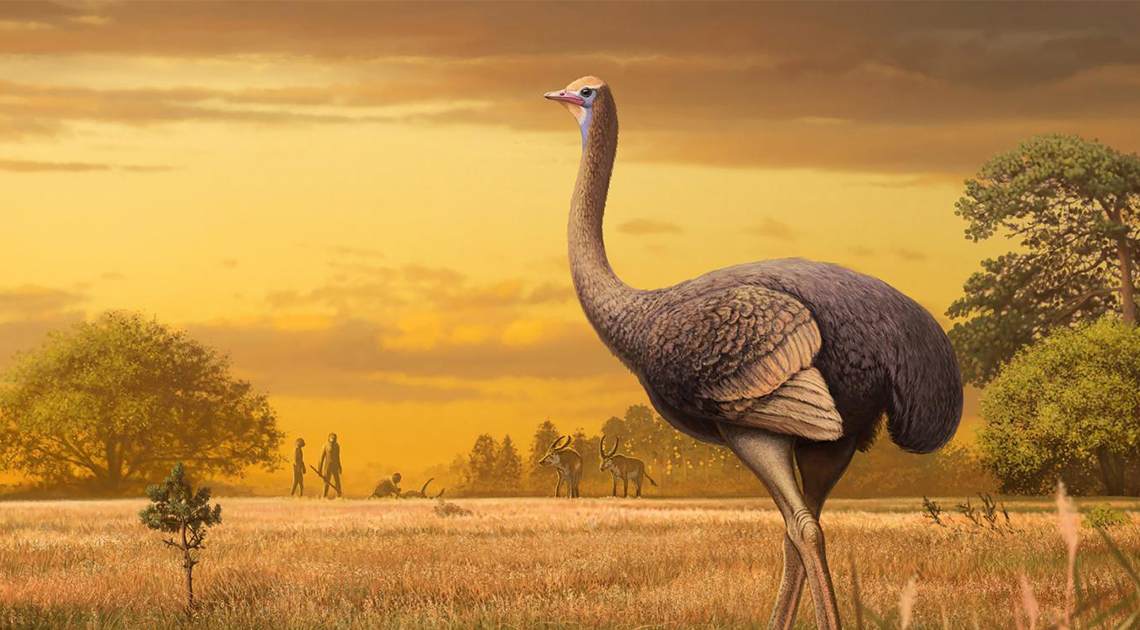 Around 1.5-2 million years ago, a giant bird ran across the arid landscape of Crimea. The animal, Pachystruthio dmanisensis, was 11 and a half feet tall, had a long neck and long legs, and was as heavy as a grand piano. This was one of the biggest known birds to ever live.

Pachystruthio looked something like a modern ostrich, which is the largest bird alive today. However, the ancient avian was four times as heavy, weighing in at nearly a thousand pounds. While Pachystruthio isn’t a recent discovery, researchers just published a new study regarding how big it was and how it lived.

Until now, there had been no giant birds in this group discovered in the northern hemisphere. But paleontologists in the northern Black Sea region, searching the recently-discovered Taurida cave, found some long, thin, ostrich-like bones. Then, Russian researchers identified the bones and made calculations of the animal’s size, based on comparisons to modern and ancient birds alike. They published their research today in The Journal of Vertebrate Paleontology.

Pachystruthio is one of the biggest birds ever discovered, but there are a few that are even heavier: Dromornis stirtoni and Vorombe titan. Both animals stood nearly 10 feet tall and had long, ostrich-like legs, with tiny wings, too small for flying. The animals likely lived in a similar way to modern ostriches, but there’s not enough data yet to determine whether they were closely related.

The two larger species may have been too large and heavy for running fast, too. However, the long, thin bone of Pachystruthio indicates that it could have been adapted for running fast through the wide open fields of its habitat. That would have been a useful adaptation, as it lived alongside giant hyenas, saber-toothed cats, giant cheetahs, and the deadly, intelligent, early humans.

The authors of the study suggest that early humans may have killed and eaten the large bird and its eggs. Imagine how many people a 1,000-lb chicken could feed!