Dr. Sahu said this is the largest accumulation of hair he’s seen in a body throughout his 40-year career! 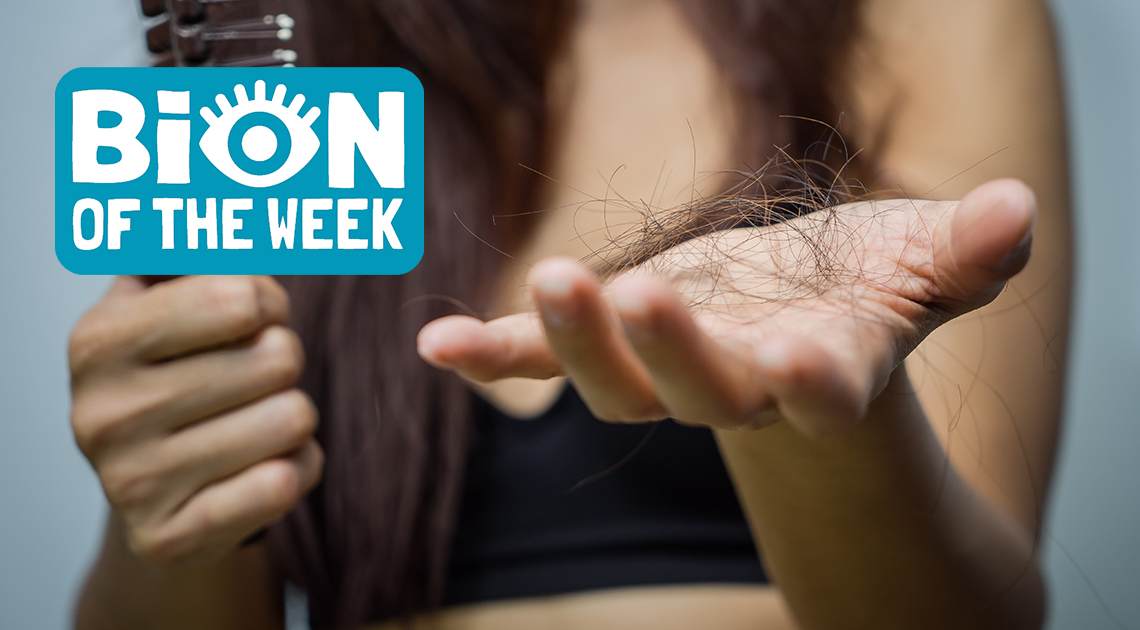 [September 7-September 13, 2020] Keys to a candy kingdom, the song you’ll never hear the end of, and a timber-y tale of survival—all round-up in this week’s weird news from Ripley’s Believe It or Not!

The Candyman is Back!

Someone get Grandpa Joe out of bed—there’s a golden ticket to find! Jelly Belly founder and real-life Willy Wonky, David Klein, has launched a nationwide scavenger hunt for the chance to win the key to a candy factory. The company has started hiding gold necklaces, or “tickets,” across the country, each with a code to verify the find via email. Every state will have a separate interactive hunt, with winners receiving the sweet treat of $5,000! Beyond the initial prize, everyone who joins in on the fun will be submitted to win the “ultimate treasure”—a trip to a candy-making university and the key to one of Klein’s candy factories. It should be noted that the candy factory included in the prize is not a Jelly Belly factory, as Klein has not been involved in the Jelly Belly business since 1980. 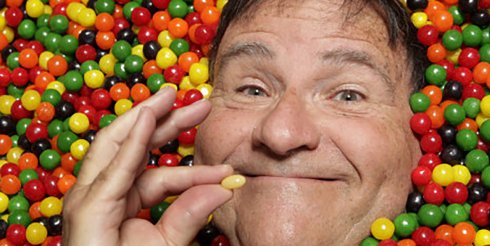 Fans flocked to St. Burchardi Church in Halberstadt, Germany, last weekend when the world’s slowest musical composition changed chords for the first time in seven years! It’s been 19 years since “As Slow as Possible,” a piece by late American composer, John Cage, began playing at the church, on an organ built specifically for its extremely slow tempo. The song was designed to take 639 years to finish, with a projected end time in 2640. The performance began in 2001 and is so slow that it once had an 18-month long pause! Even though no one will ever hear the piece in its entirety, it has gathered a worldwide following, both in-person and via live stream. According to the project’s website, fans watched the momentous chord change last weekend as organists, Johanna Vargas and Julian Lembke, “completed the refurbishment of the organ pipes.” Fans have waited seven years for this change but won’t have to wait too much longer to experience the next, as it is due for another in 2022. The piece represents slowness during a fast-paced era and a “symbol of confidence in the future.”

Talk about a slow dance: A chord change is made on an organ playing the world’s slowest piece of music — set to run almost 640 years. The next change is expected in February 2022.https://t.co/0oDR6uuaIM

Survival of the Fittest

Jonathan Ceplecha, of Redwood Falls, Minnesota, was rescued on Monday after being trapped under a tree for four days! Ceplecha, 59, was chopping down trees in his backyard when an oak tree fell on top of him. He was discovered days later when the sheriff’s department was notified after he didn’t show up for his teaching job for two consecutive days. Unable to alert anyone of the accident, the Iraqi war veteran survived off insects, plants, sweat, and some fortuitous rainwater during the 100 hours he was stuck. Thankfully, his hands were fully mobile, and he was able to cover his head in his shirt to protect his head from bugs while sleeping. The Redwood Falls Fire Department spent almost two hours meticulously working to free Ceplecha from under the tree, as one false move could have resulted an even bigger disaster. According to his son, Ceplecha’s in recovery at the hospital with two broken legs, no amputation needed, and is “fully cognizant and alert.”

Jonathan Ceplecha, 59, was cutting down oak trees in southern Minnesota when one of them fell and landed on his legs, according to the Redwood County Sheriff’s Office. https://t.co/0oEw5EpYe0

After a month on the run, a brown bear nicknamed Papillon has been captured and returned to his wildlife enclosure in northern Italy. On July 27, the four-year-old bear, whose official name is M49, escaped his 9,000-square-meter enclosure by breaking through an electric fence followed by even more mesh fencing. Papillon managed to avoid recapture for 42 days until forestry workers tracked him down in the Lagorai area of Trentino province. A bear on a mission, this isn’t Papillon’s first great escape. According to a spokesman for the Trentino province, he has “fled his cage multiple times,” including an epic escape in July of 2019, during which he had no tracking collar and was able to evade capture for over nine months! It appears that he became a professional escape artist during this adventure, considering he was able to escape again only hours later after being returned. Once back at home, the mischievous bear was castrated in an attempt to calm him, but even that couldn’t tame his wild nature and commitment to returning to the forest. 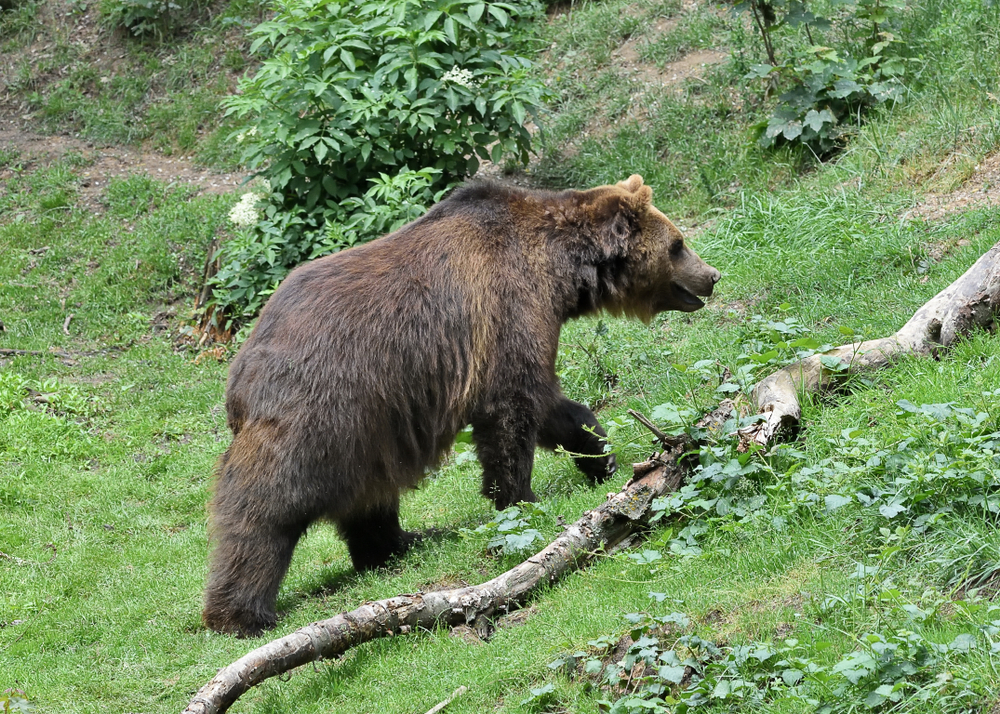 Though brown bears were reintroduced to the region in 1992, as an attempt to conserve them, they have grown to become a public safety issue, with several bear attacks reported in the last few years. Fortunately for Papillon, he has friends in high places, including Italian Minister of the Environment, Sergio Costa, who is vocally against killing bears during recapture. Costa made a statement on Facebook after Papillon’s latest break stating that the bear had not injured anyone and only caused material damage. He exclaimed that “every animal must be free to live according to its nature,” ending with a resounding “Papillon must live!”

It was a hairy situation on August 31, when doctors in India removed a 15-pound ball of hair from 17-year-old Sweety Kumari’s stomach! The teenager was taken to a private hospital in Jharkhand’s Bokaro district after experiencing stomach pains. Though an ultrasound originally suggested a tumor, Dr. GN Sahu and his team were surprised to find a mass of hair in its place during the six-hour surgery. Kumari suffered from a rare disorder known as Rapunzel Syndrome, which occurs when a person chews their hair excessively over several years, causing a build-up in the stomach and intestines. Dr. Sahu said this is the largest accumulation of hair he’s seen in a body throughout his 40-year career. Kumari is expected to make a full recovery and has reportedly sworn off of eating her hair.