One antique dealer was in for the shock of a lifetime after discovering that a beautiful marble bust she scoped out at a Texas Goodwill turned out to be two millennia old! 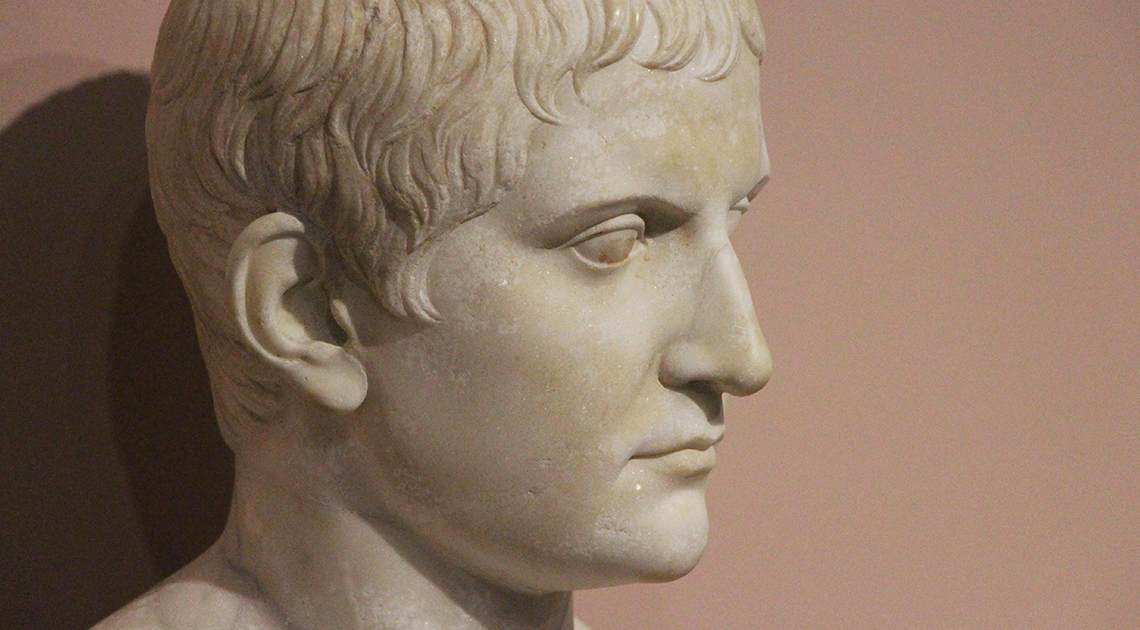 A different bust of Drusus the Elder. Credit: Scailyna via Wikimedia (CC BY-SA 4.0)

As successful shows like PBS’s Antiques Roadshow and History’s American Pickers attest, one person’s trash is another one’s treasure. There’s something incredibly satisfying about discovering a hidden gem in a pile of junk, especially when it comes with big money, acclaim, or both. Some people, like antique dealer Laura Young, do this for a living, honing their eye for things that others have unthinkingly tossed aside.

But even Young was in for the shock of a lifetime after discovering that a beautiful marble bust she scoped out at a Texas Goodwill turned out to be two millennia old! Here’s the story of this incredible find.

The Head Under the Table

Young spotted the marble head on the floor under a display table, and it caught her eye because of its aged appearance. She also noted that it was made of carved marble. Fortunately, she didn’t have to buy the item based on weight because it came in at 52 pounds. Instead, she paid just $34.99 before unceremoniously buckling it into the back seat of her vehicle for the drive home.

The seasoned antique dealer’s next move involved researching the item. Was it a Victorian garden decoration? Or perhaps a piece from the 18th century? The possibilities felt tantalizing. But Young could never have prepared for what she ultimately discovered about the gorgeous sculpture that she stumbled upon in that thrift store in Austin.

The Find of a Lifetime

Not only did Young learn that the marble bust in her possession was much older than initially thought, but she even found the name of the man whose 3D portrait she now possessed. He was Nero Claudius Drusus Germanicus, although he also went by Drusus the Elder or Drusus Germanicus.

The piece dated to the Julio-Claudian era, making it an astounding 2,000 years old. In the midst of her research, Young even discovered that the man portrayed in the bust looks a lot more like the famed Roman General Pompey (who went head-to-head with Julius Caesar at disastrous personal cost) than Drusus Germanicus.

Young had the bust’s provenance traced by friends at a London auction house. They found a century-old catalog from a German museum known as the Pompejanum in Aschaffenburg, where the bust had been listed (via KUT 90.5). How did the figure go from a German museum to a Texas secondhand store? Thanks to World War II. It was brought to the United States by a soldier who either looted it or bought it from a looter in the chaos and confusion of the war’s end.

Although Young has uncovered many incredible finds in her line of work, the marble bust takes the cake. She explains, “He’s probably the coolest thing I’m ever going to find. The most special. There’s a lot of history,” according to ABC 13. Unfortunately, the marble head’s ancient backstory ultimately meant that Young couldn’t keep it.

But she’s got a year to enjoy seeing it on display at the San Antonio Museum of Art before it makes its way back to Germany. While Young feels excited that the statue is going back to the place where it belongs, she can’t help but admit she’s got mixed feelings about the whole thing. “It’ll be a little bittersweet to see him in the museum, but he needs to go home. He wasn’t supposed to be here,” per Texas Public Radio.

Keeping a Little Piece of Dennis with Her

That said, she’s experienced trouble parting with the head that once graced her abode. Positioned on a small credenza in the entryway of her home, she passed him every day. And over time, she became attached. She even named him Dennis Reynolds, based on her favorite narcissistic character from the television series It’s Always Sunny in Philadelphia.

As Young explains, “He was attractive, he was cold, he was aloof. I couldn’t really have him. He was difficult. So, yeah, my nickname for him was Dennis” (via DH News). Her affection for the bust translated into one final act of sentimentality. She had a half-sized replica of the statue made on a 3D printer that she keeps with her collection of statues, many of which are also thrift-store finds like Dennis.

Next post The Mysterious Beast That Once Terrorized France